HTC VIVE® today announced VIVE COSMOS Elite is coming to UAE, with pre-order bonuses. COSMOS Elite pushes the boundaries of VR, combining the latest technology and innovation with comfort and versatility. Best of all, both purchases come with a redemption code for the acclaimed game, Half-Life: Alyx*. The COSMOS Elite full-kit will launch in UAE on May 21 at AED 4,299, with pre-orders starting May 7.

“People want an incredible VR experience and we have worked hard to build VIVE COSMOS Elite to deliver just that,” said Graham Wheeler, HTC. “COSMOS Elite is truly our most versatile headset yet. From consumers just discovering VR for the first time to the demanding business user, COSMOS Elite offers stellar quality, comfort, and the ability to evolve VR and XR journeys over time – from changing faceplates to adding options like wireless.” 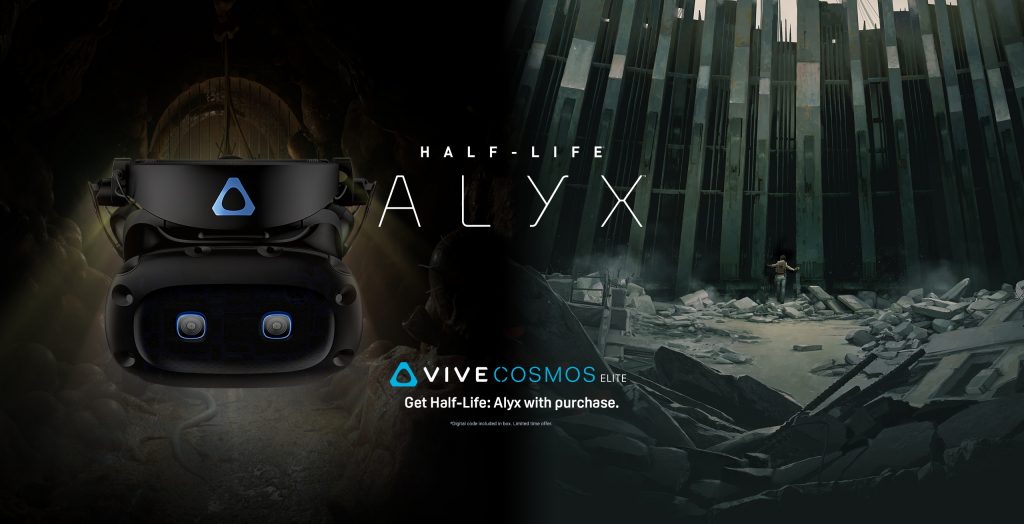 Cosmos Elite with Half Life ALyx

Vive Cosmos Elite pairs the performance of external tracking alongside the flexibility of inside-out technology to meet the needs of the most demanding VR entertainment enthusiasts.

By using Lighthouse base station technology, users will be able to experience the power and precision of SteamVR tracking. Vive Cosmos Elite also supports Vive’s ecosystem of peripherals including the Vive Tracker—delivering unprecedented input freedom for VR controls—and the Wireless Adapter for an untethered VR experience.

Vive Cosmos Elite includes a pre-installed External Tracking Faceplate, 2 SteamVR base stations, and two Vive controllers. The External Tracking Faceplate can be used with base station versions 1.0 or 2.0 as well as the original Vive or Vive Pro controllers and is easily swapped with the original inside-out tracking faceplate that ships with Vive Cosmos.

Vive Cosmos Elite is built for precision gaming titles such as Half Life: Alyx, Superhot VR, and Audica as well as multiplayer VR titles like Battlewake.

The Vive Cosmos Elite bundle will retail for AED 4299 and be available for purchase on VIVE.com, as well as with select retailers like Virgin Megastores and Axiom.