Virtual reality has the potential to change education as we know it, including the experience of visiting a museum. Instead of looking pictures or examining artifacts, visitors could step into ancient times – or in the case of visitors to the Museum at Prairiefire in Kansas, journey back to ancient Stonehenge. We spoke to Prairiefire staff about the integration of Stonehenge VR in the museum.

What’s the background to the Museum at Prairiefire?

Fred L. Merrill, Jr. and his company have successfully managed developments in Dallas, Washington D.C., Phoenix and Scottsdale. Closer to home in Kansas, they have locations in Mission Woods, Leawood and Overland Park.

One of Merrill Companies’ biggest developments is Prairiefire, which opened in 2014 and has brought a mix of shops, restaurants, apartments and offices to Overland Park’s 135th Street corridor.

Merrill envisioned Prairiefire as a project that could contribute to reshaping Kansas City’s identity as flyover country and become a regional draw. After devising a half-dozen prototypes, Merrill Companies arrived at a bold idea: creating the Museum at Prairiefire, the nation’s first location for hosting traveling exhibitions of New York’s American Museum of Natural History. Today, Prairiefire’s first-ever virtual reality exhibit holds a compelling experience about Stonehenge, one of the most famous prehistoric monuments in the world.

How did you first become aware of Stonehenge VR?

Pivott, a consulting firm led by Sam Burke was working with the museum on a 5-year strategic plan that included a “what’s next in the museum and education world” chapter. Having worked for HTC in Seattle after graduating from the University of Washington in 2011, Burke called a former associate there to begin sharing ideas. It was during that time he was referred to Christian Bretz at VoyagerVR.

Burke began exploring the opportunity with Voyager to create a VR installation at the Museum at Prairiefire. Subsequently, Merrill and his wife Candy traveled to Los Angeles to meet the VoyagerVR team and experienced Stonehenge first hand in virtual reality. Blown away by the experience, they returned to the museum where they recommended immediate efforts to install the experience. 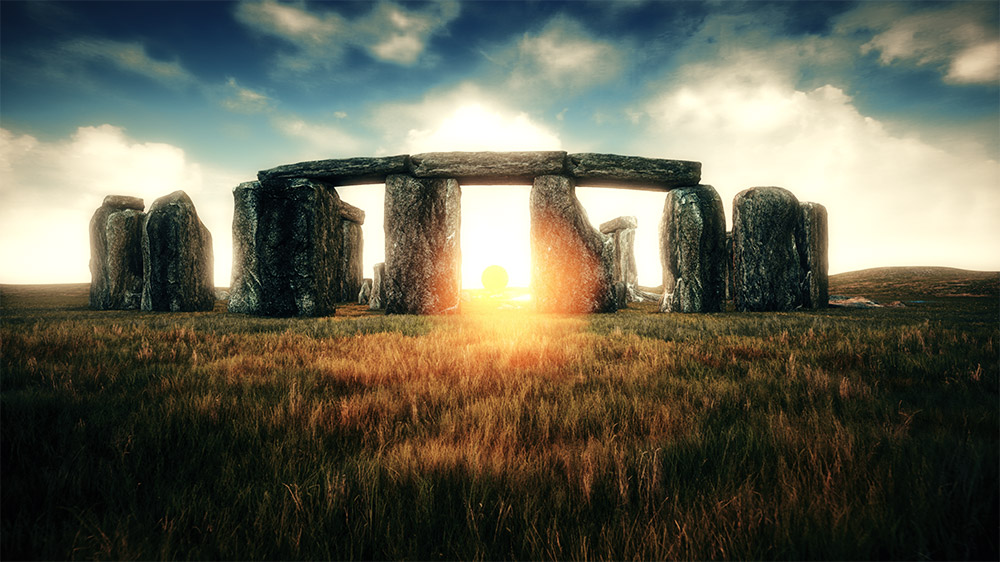 What has the reaction been from museum visitors? Are many of them first-time users of VR?

Stonehenge VR was installed in late November 2016 at the Museum at Prairiefire and has been a great success to date. Currently in a Beta phase, Museum at Prairiefire members have been given the special opportunity to experience Stonehenge VR by signing up online. “The sessions have been selling out like crazy,” says Donna Deeds, the museum’s president. “The buzz is really building out there about the VR. Many of the folks trying it have never experienced virtual reality before.”

Do you see VR – and perhaps AR (augmented reality) as the future of museum exhibitions?

Sam Burke: We see VR and AR deeply integrated into the experiences at institutions like the Museum at Prairiefire. So much of what we explore in understanding the ways people learn will be greatly impacted by these technologies. Being able to transport someone’s mind or add layers of information to their current reality will likely shift the very nature of our learning methods. The levels of empathy, understanding and emotional impact that can come from these digitally enhanced experiences offer powerful opportunities to motivate a deeper exploration of the world we live in, not encourage separation from it. We’re extremely excited at the potential and evolution of the technology and look forward to future experiences.

Fred L. Merrill, Jr: I see opportunities for VR in the commercial real estate industry as well. It’s not just about shopping and dining anymore. People are seeking out layered experiences, and VR can play a big role there.

What kind of destinations, such as Stonehenge, would you like to see recreated in VR?

How long do we have? The list could go on. There are so many places we would love for our guests to explore. We’re enchanted by the idea of using the natural wonders of the world as a starting place. These locations are rich in historical value, often evoke a sense of mystery, and are often commonly known among visitors. Our goal is to use these experiences to open our guests and members to processes and methods for understanding the natural world, our place in it, and how science gives us an unparalleled perspective into the inner workings of the planet and universe we call home.

Read our interview with VoyagerVR about Stonehenge VR