Before humans step foot on Mars, we’ll visit the red planet virtually with Mars 2030. We spoke with Julian Reyes, Project Lead and Director, to find out how we’re getting our headsets to Mars. 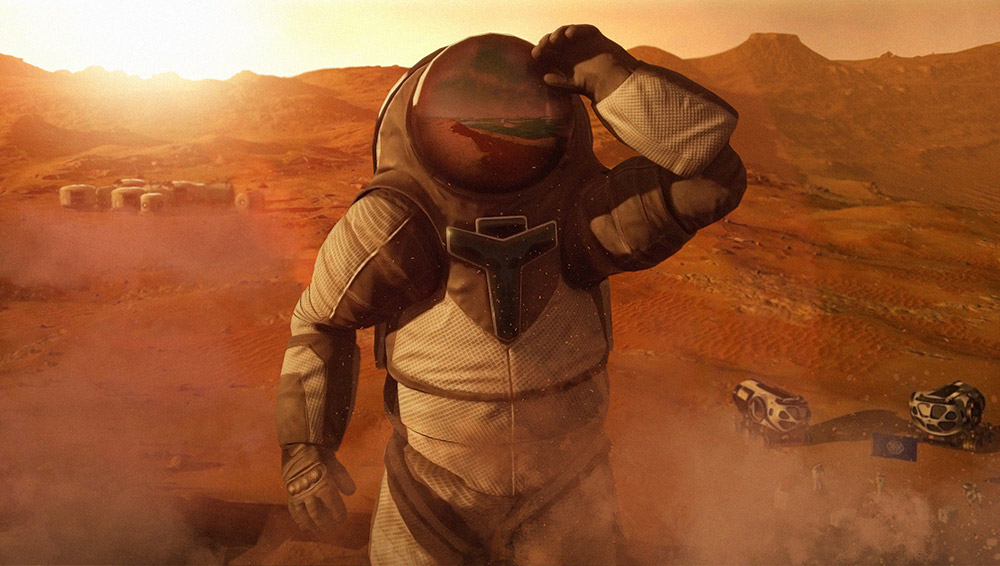 For nearly three years we’ve been working closely with different labs at NASA and to understand the state of technologies in place to get us to Mars. Mars 2030 encapsulates all of the research that’s been done on the topic.

What are the ‘origins’ of Mars 2030? What gave you the original idea or impetus to develop it?

It all started after reading a Mars One Feasibility study published by two graduate students at MIT’s AeroAstro Lab, Sydney Do and Andrew Owens (read the original study here). I reached out to them and began to ask them questions as to where we actually were in the process of getting humans on Mars.

Over the course of the following months, they began to provide us with several NASA technical papers related to on habitation, space suits, rovers, and other technology demonstrators. Each paper went into detail as to what this human mission would look like. It was fascinating material and we couldn’t stop thinking it being perfect for VR. It became the genesis of Mars 2030.

This lead to us reaching out to the NASA scientists involved in each of these technical studies. We presented a concept over the course of a year, they liked it, and we partnered with them to begin work. We officially signed the Space Act Agreement with NASA in October of 2015. (Ed. note: The Space Act Agreement allows NASA to work with non-government entities.)

Can you tell us what that NASA partnership involved? What did they supply to you, and how closely did you work together?

The partnership allowed us to openly collaborate with teams inside of the organization and access to all of their facilities. We conducted several dozen interviews with teams focused on the development of systems for the mission to Mars.

There’s lot to mention with regards to the data that was shared but most notably we were given access to habitat and equipment prototypes, satellite data from their Mars Reconnaissance Orbiter, space suits, and robotics.

We also got to test Mars 2030 at ARGOS (Active Response Gravity Offload System), a gravity simulation system that recreates Mars’ 3/8ths partial gravity, to help us accurately represent it in the experience. (See a clip of ARGOS here.) Finally, we had a chance to drive the pressurized rover in the Mars yard at Johnson Space Center and capture ambisonic audio, which was surreal. 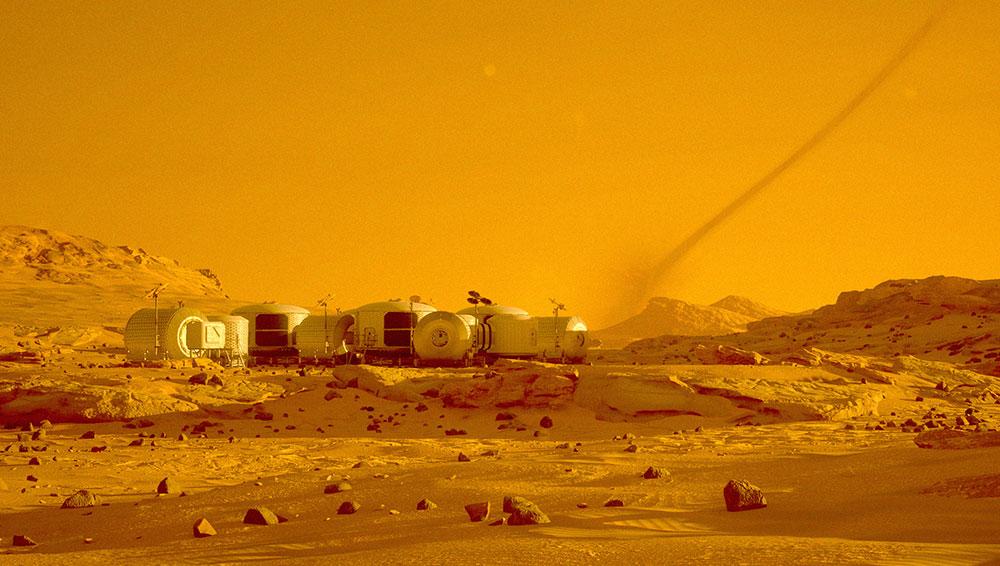 What are some of the unique features that make Mars 2030 different from other VR sims set on Mars?

I think we really distinguish ourselves with delivering an experience that’s as close as you can get to being an astronaut and glimpsing into what this mission might actually look like. We went to great lengths to make sure every aspect of Mars 2030 is a translation of the countless hours of scientific work being done by teams inside of the organization. That and we dedicated a lot of time into making the project look and sound awesome.

People who’ve experienced Mars 2030 talk about a real feeling of ‘otherness’. What is the first thing people tend to notice? The sunlight? The terrain? Something else?

I think its a combination of all of those. It’s special to see people’s reaction when they’re are told they’re stepping foot onto a real location on Mars. Combined with music from the London Symphony Orchestra, it becomes something visceral. Personally, watching the days pass as your explore the planet is when I forget I’m in my living room.

Earlier in development, it was said that Mars 2030‘s explorable area was ‘as big as Skyrim’ (What’s Skyrim?). Is it still that big?

It’s twice the size now! The full playable area is a 40 sq. km composite of the Mawrth Vallis region which has been a candidate site for landing on Mars due to its geological diversity. 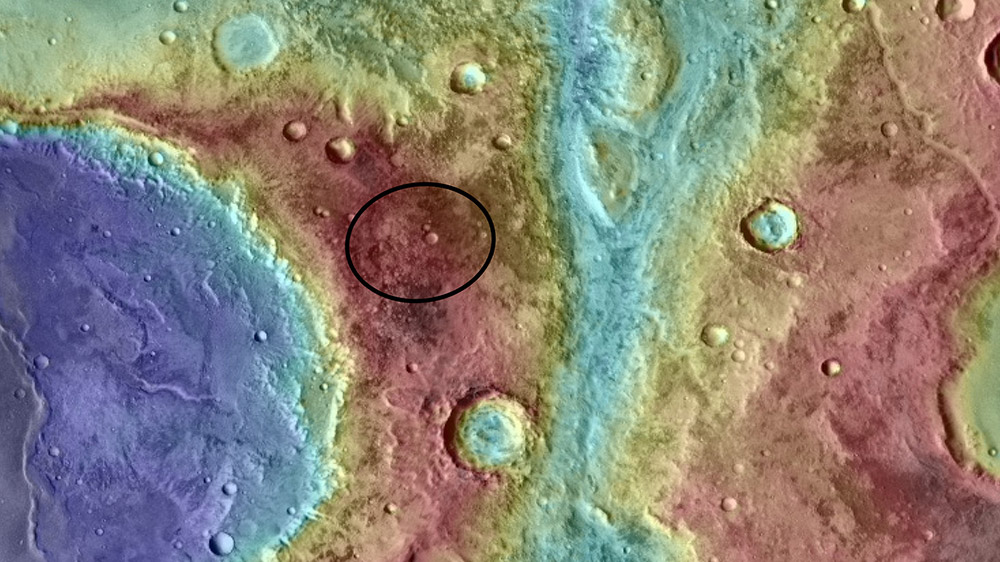 “Mawrth Vallis itself is an ancient channel carved by catastrophic floods. ‘Mawrth’ is the Welsh word for Mars and ‘Vallis’ is Latin for valley.” – Imagery and quote via NASA

What might people discover about Mars that they don’t know, by using Mars 2030?

A big focus for us was to challenge expectations and present things that aren’t widely known about Mars. We attempted to do this by presenting the experience through the eyes and mind of astronaut who has more thorough knowledge of the planet and its history. Through exploration, you’re able to travel back in time and see Mars as it was billions of years ago, recreated through the imagination of the astronaut. Also, dust storms aren’t deadly like in the Martian atmosphere!

That a human mission to Mars requires a near perfect orchestration in so many different disciplines. Every last detail needs to be worked out to the most minute detail for the mission be successful.

Is the NASA equipment seen in Mars 2030 ‘real’, or did you invent some?

All of the equipment seen has either been developed or is currently under development. We tried not to ‘sci-fi’ anything in the experience as it would have done a disservice to our main focus of understanding what this mission might look like.

The only thing we had to modify slightly under NASA guidance was the Mars Descent Vehicle. We added windows which isn’t a very popular idea since it can present all sorts of issues when descending through the atmosphere. We thought it would take away some of the excitement not being able to see the planet when you’re landing, so we added them. 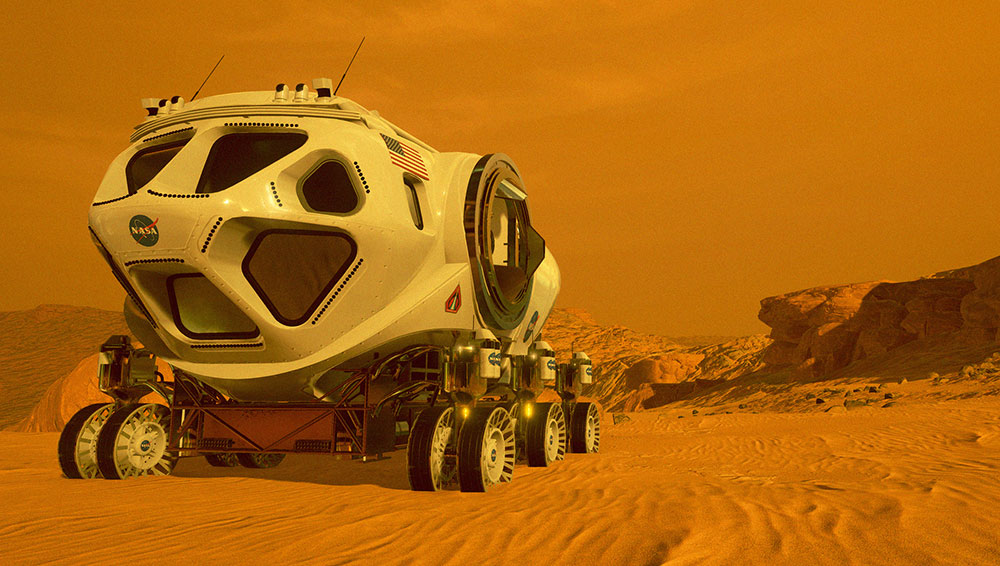 Tell us (and educators reading this) about your educators program.

All educators will be given a free copy of Mars 2030 when they register on the website. We feel this experience is as much about becoming an astronaut as an educational and development tool for classrooms.

In the spirit of this we’ve also partnered with HP, Autodesk, Nvidia, and Technicolor on a design competition called Mars Home Planet. We want  people to envision what a Martian colony in 300 years might look like. We will be providing a free mod tool of content available for use in Unreal Engine 4 and LaunchForth so that people can come up with their own concepts and have them evaluated.

Finally, two obvious questions. First, do you think humans will actually step foot on Mars by 2030?

Definitely. We have some of the brightest minds in the world looking at how to make this possible.

Second, if you were given the opportunity to go to Mars… would you go?

Only if it’s a round trip.

Thank you very much for talking with us, Julian!

Mars 2030 is now available on Viveport.