Released today and developed by Vive Studios’ first-party developer Fantahorn Studio, Front Defense: Heroes is a highly-polished, online multiplayer shooter set in the final days of WW2. Playing as either the Axis or the Allies, players can challenge their friends to a 5 on 5 game of Team Deathmatch or Mission Mode across 5 multiplayer maps. To add to the mobility and strategy of the game, Fantahorn has developed their own unique and innovative locomotion called V-Move.

Fantahorn found that the traditional method of teleporting reduces a player’s sense of immersion and can contribute to motion sickness – a major pain point of VR. With the goal of minimizing motion sickness and elevating strategy, Fantahorn sought to develop their own movement system totally unique to VR. With V-Move you control the movements of your avatar in the 3rd-person, determining their pathway before being teleported to your final destination. By guiding the avatar as it moves with your controller, players maintain the rhythm and continuity of the game while focusing on the battle at hand. 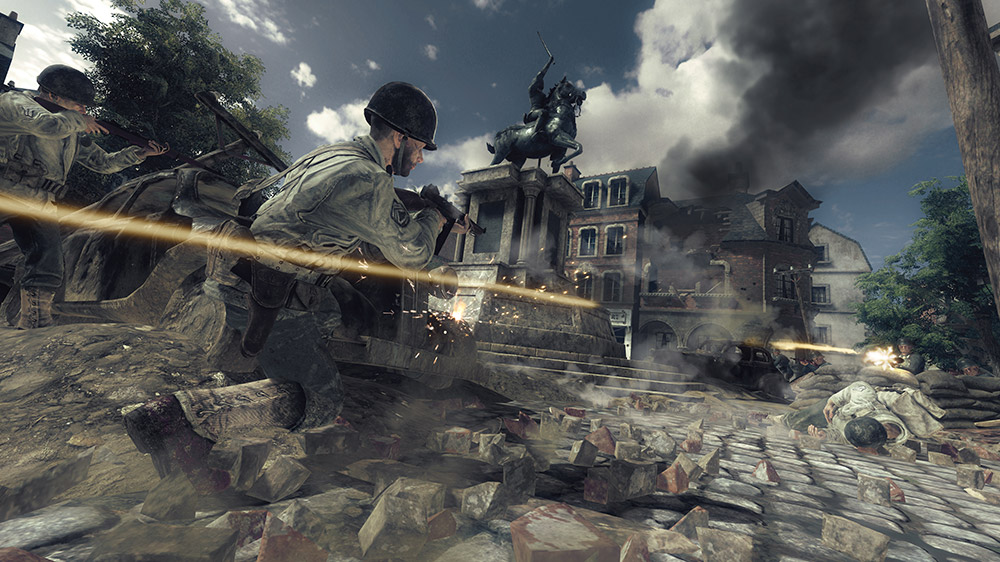 While V-Move may be reinventing teleportation for VR, players will take to the new form of movement with ease. Pressing up on your non-dominant trackpad starts your avatar’s run (in 3rd person perspective) while turning your controller left and right will easily change directions. Let go of the trackpad and your run ends, returning to the original 1st person perspective. Players can dodge enemy fire, jump and crawl their way to victory using V-Move.