With the release of the Ready Player One VR experience on Viveport, we spoke to several of the developers involved with creating this virtual world. In this Q&A we hear from Brian Murphy from Drifter, and Erin Smith from Steel Wool Studios. Drifter created Rise of the Gunters, and Steel Wool developed Battle for the OASIS. 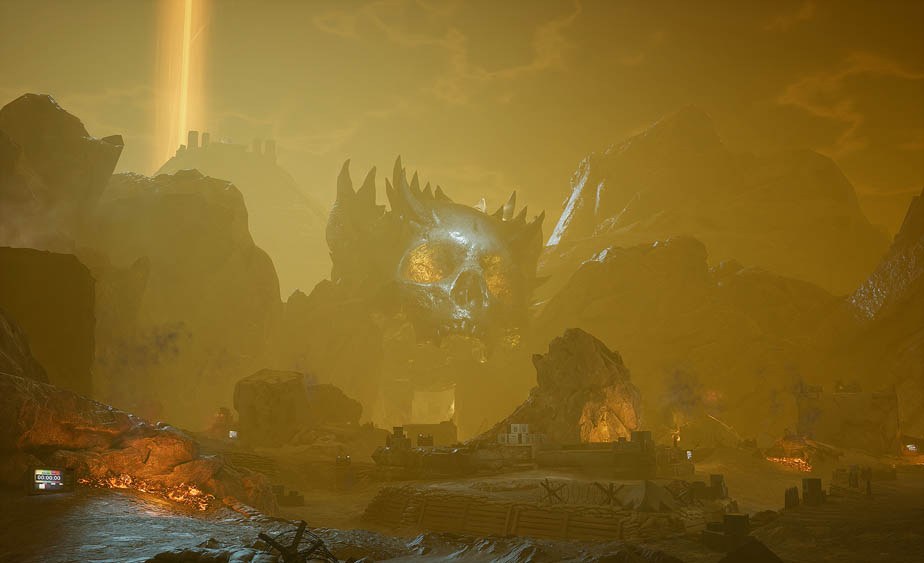 Ready Player One – Rise of the Gunters

Hello both! Tell us about your respective Ready Player One experiences.

Brian Murphy, Drifter: Rise of the Gunters is an arcade style co-op shooter that blends immersive VR first person gunplay with classic arcade action. You and two friends are dropped on the battle planet where audiences first met Aech in the movie. The entire planet has been taken over by the Sixers and it’s up to you to reclaim this corner of the OASIS for the Gunters.

The gameplay is heavily inspired by classic arcade shooters like Defender and Smash TV.  You’ll face down an ever increasingly intense onslaught of enemies, while moving around the map collecting power ups and competing for high scores.

Erin Smith, Steel Wool: Battle for the Oasis is a wave-based shooter for VR with a cool and sometimes wacky arsenal at your disposal as you battle the Sixers on Planet Doom as you help reclaim the OASIS.

Tell us a bit about your teams’ development backgrounds.

Brian: We had been developing our first VR game Gunheart, which is now in Early Access, when HTC approached us to work on Ready Player One.  Gunheart is a huge game with a co-op campaign, a sprawling mod system and hours of stuff to do (a pretty massive undertaking for a small team like ours!), so when we got the opportunity to take some of our favorite bits from Gunheart and put it all in the world of Ready Player One, we couldn’t say no.

Erin: At Steel Wool we’ve already created several VR titles including Mars Odyssey, so we were happy to work with HTC again on Ready Player One. 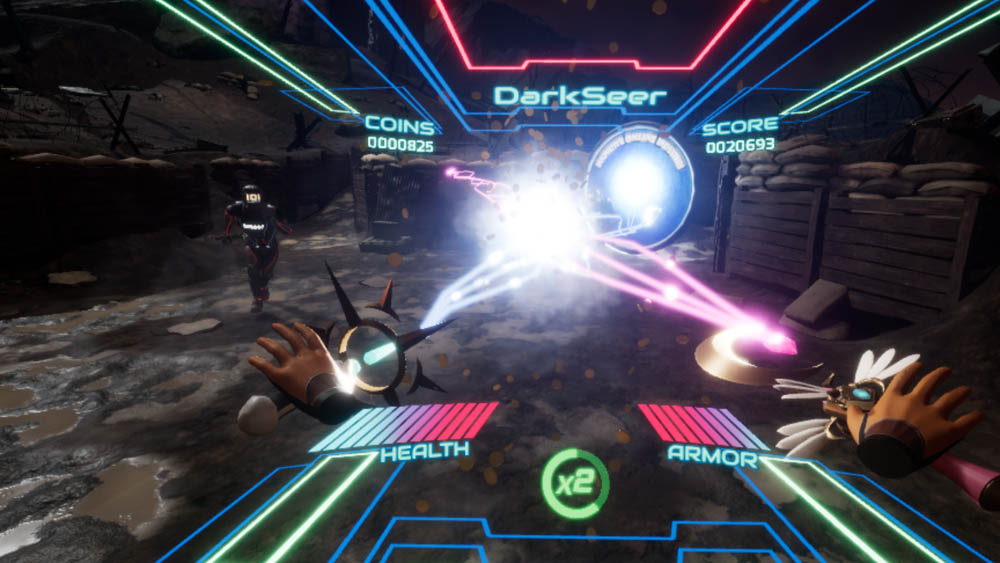 Ready Player One – Battle for the OASIS

Were you a fan of Ready Player One before you started developing?

Brian: Heck yes! Ready Player One was a big inspiration to a lot of us jumping into the VR scene a few years ago. Every VR founder I know has a theory for how the OASIS is going to happen, but none of us doubt it’s coming. I’ve listened to Wil Wheaton’s performance of the Ready Player One audiobook like four times… there is something about Wesley Crusher nerding out on pop culture that is the perfect background buzz to game development.

Brian: Well the ‘Grabber’ is my favorite weapon. It allows you to vacuum up enemies from 10 meters away, arm them with explosives and then launch them back at their buddies like an exploding rag dolls. It sounds brutal, but it’s hilarious when you do it in the game.

What access did you have to assets in Ready Player One to make the most authentic experience?

Brian: Warner Bros. was awesome, they dropped a mountain of raw 3D models, sound effects and reference graphics from the movie on us to play with. We put it all to use on things like the Sixer solder, the portals and the big pyramid from the movie that you fight your way up in our game. Some of us also got the opportunity to fly down to LA at the beginning of the year and watch some of the movie’s footage at the WB lot, which was both extremely helpful and totally awesome.

Erin: We were given so many assets for this project! Character models, concept art, screenshots, turntable videos of props, vehicles, characters, weapons… it was amazing! 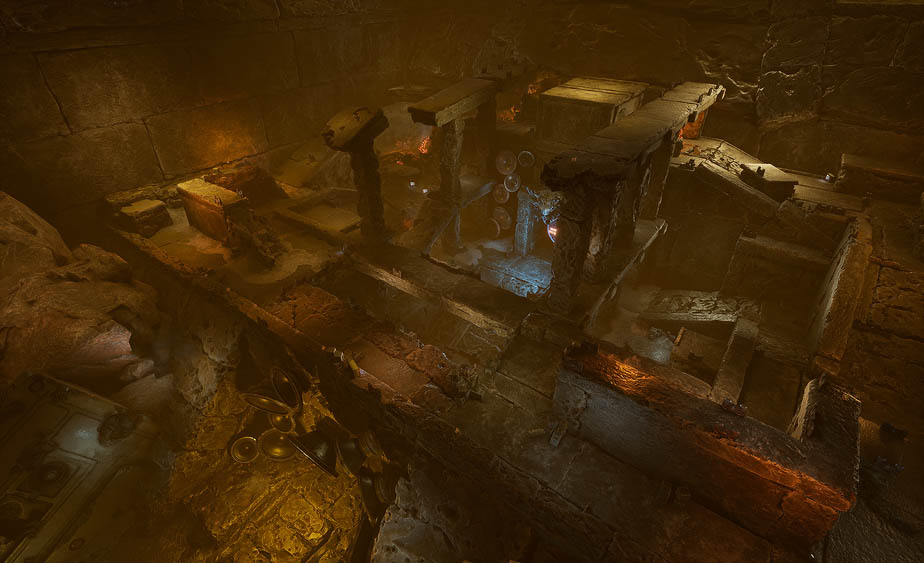 Ready Player One – Rise of the Gunters

Did you manage to get any pop-culture references into your game?

Brian: You bet we did! The most obvious one is we added the enemies from the classic arcade game Defender in as pixelated enemies. But there’s lots of other stuff in there that we snuck in so keep your eyes peeled!

If you had to battle against IOI and needed to pick an avatar… would it be someone we’d recognize, or your own creation?

Brian: I’d be Spike from Cowboy Bebop, with the Sword of Omens from Thundercats, kicking it in the Boston ship from More Than a Feeling, of course! Was there ever any doubt?

Erin: I’d probably have my avatar look pretty similar to myself, which is something I tend to do in video games with character creators. Or maybe I’d be a Namekian. Though, with the freedom the OASIS gives you, I think I’d have a hard time sticking to just one avatar if I’m being completely honest! Making avatars is so much fun!

Thanks for talking with us!

Click here to read our Q&A with Brian Lowe, Vive Studios producer for Ready Player One on Vive.

Ready Player One: OASIS Beta is available on Viveport.