Get ready to crush friends and foes in Arcade Saga. Vive Studios and 2Bears have brought multiplayer to the VR game, adding PvP and worldwide leaderboards to Smash. The addition is a beta as the team works to finalize multiplayer modes for Arcade Saga’s other distinct game types, Bowshot and Fracture. 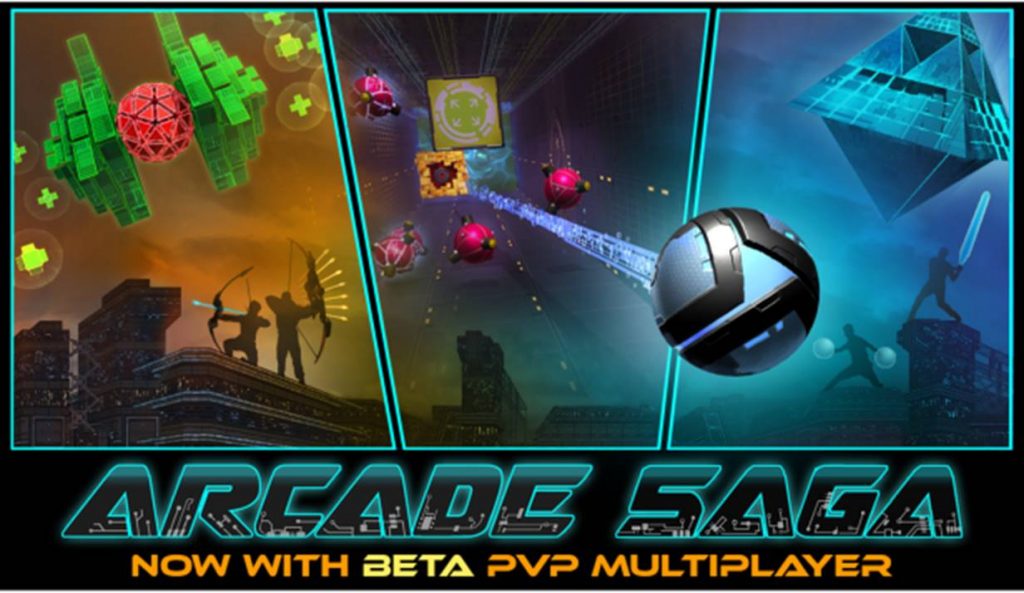 In Arcade Saga, players take on the role of sentient AI inside a mainframe and fight against computer viruses. The battles take place as three fast-paced game types – Smash, Bowshot and Fracture. The game play in each takes inspiration from pinball, table tennis and archery, and adds the physics and physicality of VR.

In Smash, players step into a futuristic arena with powered-up paddles in each hand. The goal is to knock balls past opponents and block shots on goal. The game adds obstacles and power ups such as multi-ball and power-balls to up the pace and challenge. With PvP mode, players can now face off against friends or match their skills against players around the world. Like any multiplayer, the stakes are also higher as each PvP match in Smash now represents a battle of human ability and spirit.

Arcade Saga’s single player has more than 84 levels to master. Each game type also has massive boss fights to overcome and distinct upgrade systems to gain new weapons and abilities.

To celebrate this first smashing addition of multiplayer, Arcade Saga is available now for the special price of $19.99 on Steam.