Inception are at the forefront of creating 360 video and VR content, and recently arrived on Vive (and Viveport). With their new series launched, we talked to Benny Arbel, CEO of Inception.

Can you explain what Inception does as a company, and as a VR app?

Benny Arbel, CEO, Inception: Inception is a VR and 360 content destination. We launched in October 2016 and we’re now live on seven platforms, most recently and excitingly on Vive.

We’re working to solve the problem of how technology and content live together and enhance each other in the VR space. We partner with top publishers, musicians, artists and creative talent to create ongoing, repeatable, interactive content which incorporates CGI and gaming concepts together into VR entertainment.

What was the genesis of your new Eye Contact series?

There are few things more powerful to experience in this world than a spoken word performance. We set out to capture the intimacy and passion of these artists’ performances in locations around LA that best represent their words. Eye Contact aims to take those surroundings and juxtapose them with the raw poetry, rhymes, and other lyrical performances to give viewer both an intimate experience and the context to fully appreciate the words that are being spoken. For anyone who enjoys poetry slams, this is the next level.

Who are the first performers we’ll see?

We were really lucky to work with some extremely accomplished spoken word performers for our first round of collaborations:

Alyesha Wise is a published poet, teaching artist, creator and TEDx speaker. She wrote her first poem at the age of 11 and has not stopped creating since. She performed her poem Falling In With LA for us. 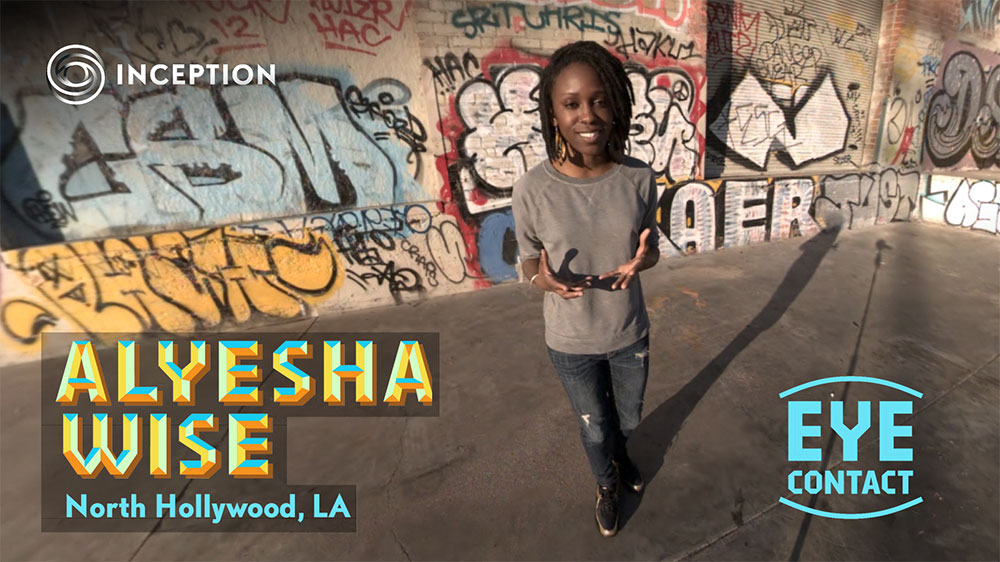 Dahlak Brathwaite is a writer and educator. He believes in the ability of words to engage, enlighten and inspire. He shares his passion for language and helps others find their voice. Dahlak performed his poem Today for us. 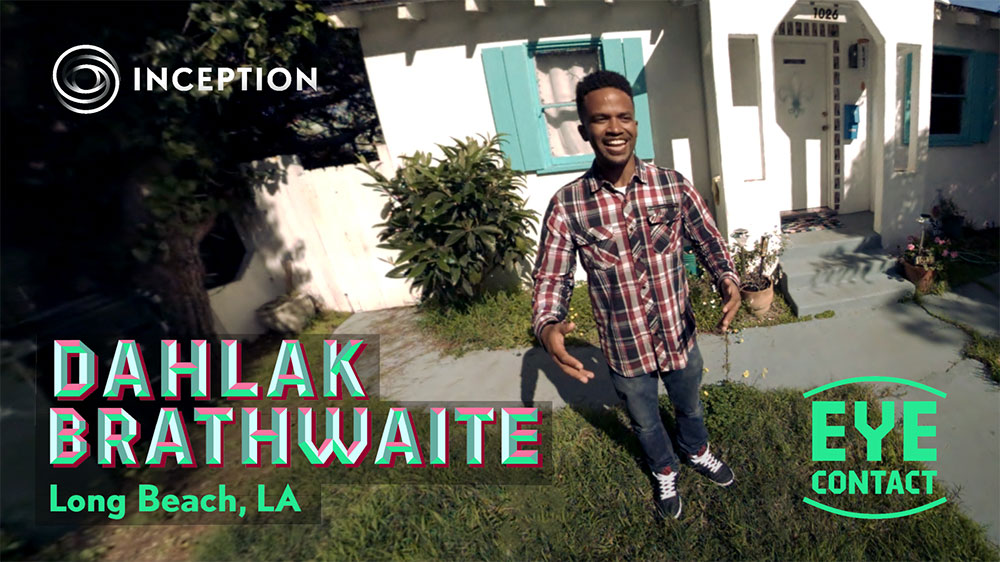 Shihan Van Clief is a writer and presenter. He has been working with clients for over 20 years to rebrand their stories with innovative ideas and creative solutions. Shihan performs his poem The New World for us. 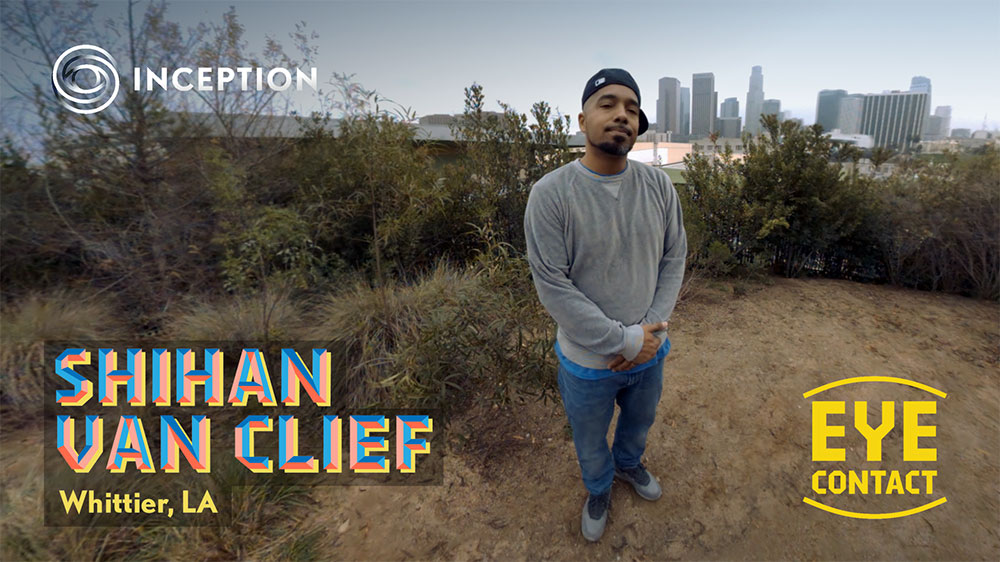 How was Eye Contact filmed? What sort of hardware setup is used?

We worked with the performers to choose spaces and views that were meaningful for them and their piece so that we could translate the visual language through to physical space. For the main performance capture, we used a Nokia Ozo to shoot the performances to introduce the appropriate depth. For the time-lapse portions, we used a Samsung Gear 360 with a number of modifications which allowed us to achieve 8K. This gave the experience a level of movement that helped to create our visual language.

Were there any particular challenges you faced while creating Eye Contact?

We always focus on what VR or 360 adds to whatever we’re filming. If it doesn’t add anything, then we ask ourselves whether we should film it at all. When filming performance pieces like these, we wanted to make sure that we made the most of the space while simultaneously giving viewers the intimate experience we were aiming to create. That’s where the time lapse footage came in – it gave us a chance to create stunning 360 visuals, represent the topic of the poem, and still give the viewer the chance to look the performers in the eye.

Not to mention that we were filming in LA during their worst rain storm in years, so we had to be pretty flexible to say the least…

We pride ourselves on bringing different perspectives and angles to VR. For us, Eye Contact isn’t about the big names, but about bringing in a range of different talents with different messages to share. We have a lot more of that in the pipeline!

What’s next for Inception VR? Any big projects you can tell us about?

We’re working with various different publications, brands and talents. You’ve already seen our partnerships with Time Out Tel Aviv and London, we have many more exciting partnerships coming in the next few months!

Thank you for talking with us, Benny!