In celebration of the Vive’s one-year anniversary we’re giving away Arcade Saga to everyone for one day only, as well as adding it to our Viveport Subscription lineup. What better time to tell you all about the new multiplayer modes for all three games? 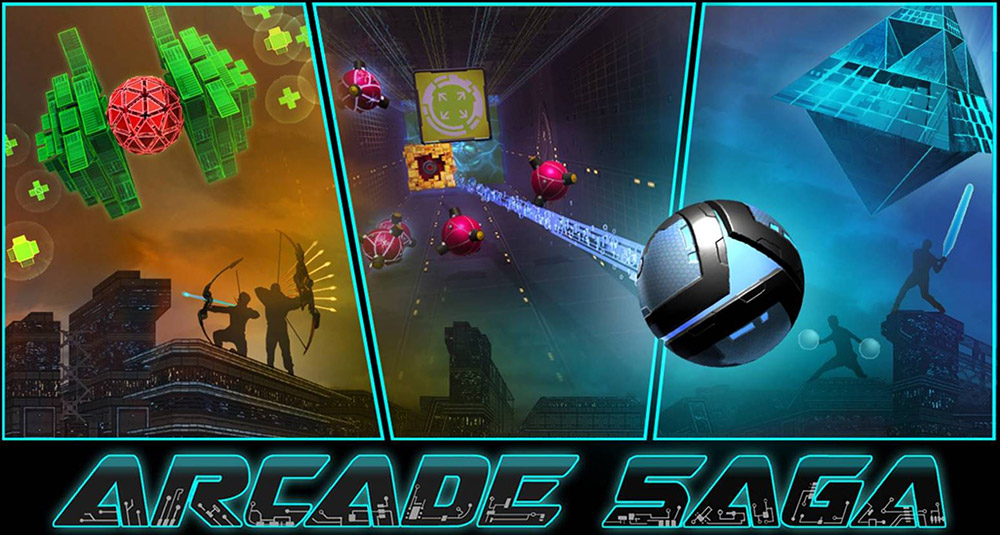 Now you and a friend can face each other in the neon-infused, retro-inspired world of Arcade Saga.

Back in January, early multiplayer modes for Smash, Arcade Saga‘s corridor-based game, were rolled out. In that early version, players could compete for high scores across the world. 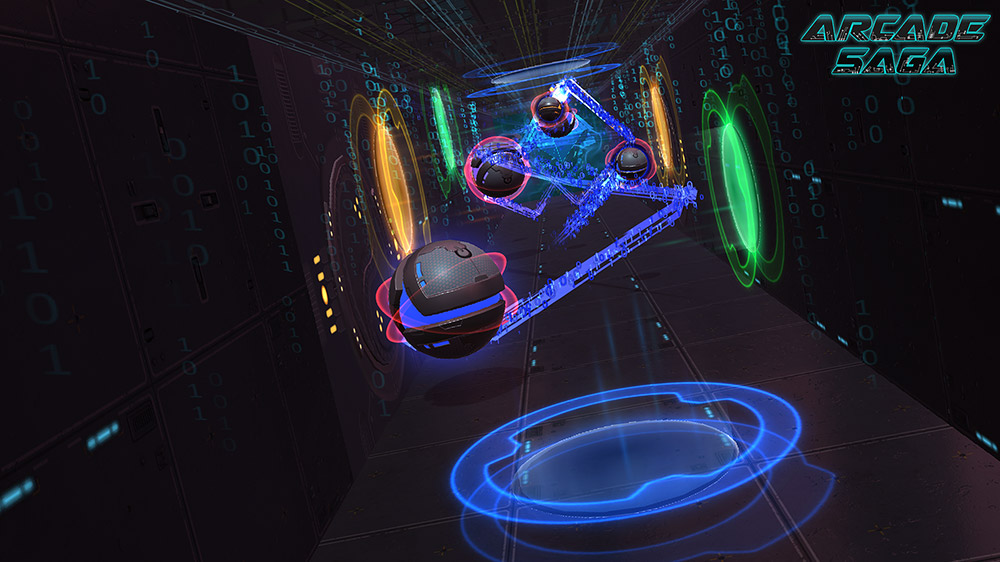 In February the brick-bashing Fracture got an update, with players facing off in an effort to destroy their own walls first. With a setting inspired by arcade classics like Breakout and Arkanoid, multiplayer Fracture takes destruction to a new level. 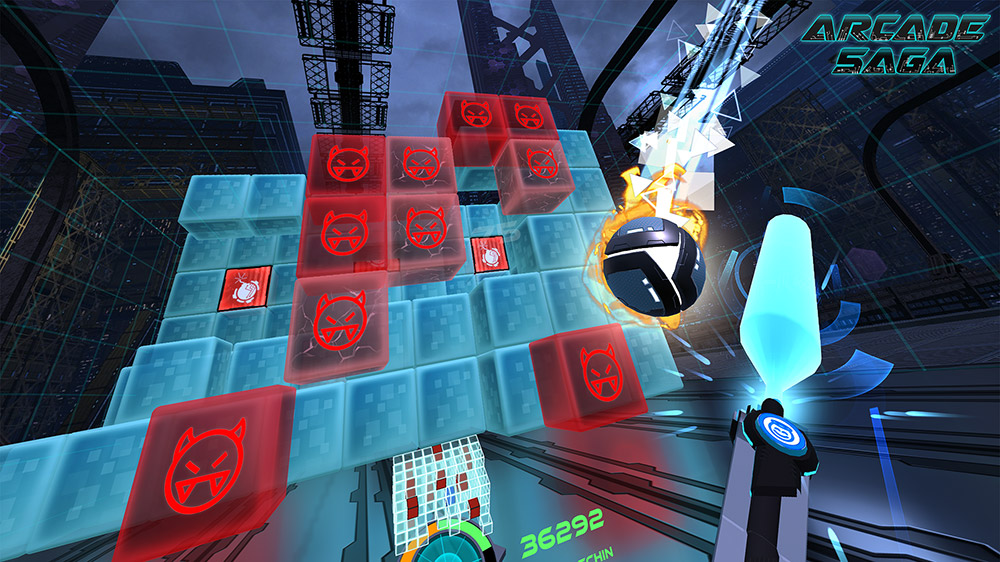 In Smash, the Helper powerup splits a single ball into two, making your opponent work much harder to defend their own goal. A Hinder powerup disables your oppponent’s Slow Shot ability, so they have to face down your oncoming projectiles without that boost!

Finally this month the third game in Arcade Saga‘s trio, Bowshot, has joined the multiplayer family.

Bowshot multiplayer lets players face off in a single arena with the goal of shooting more enemies than their opponent. Enemies spawn in waves and you’ll need to be fast and accurate to win in this timed based head to head mode. 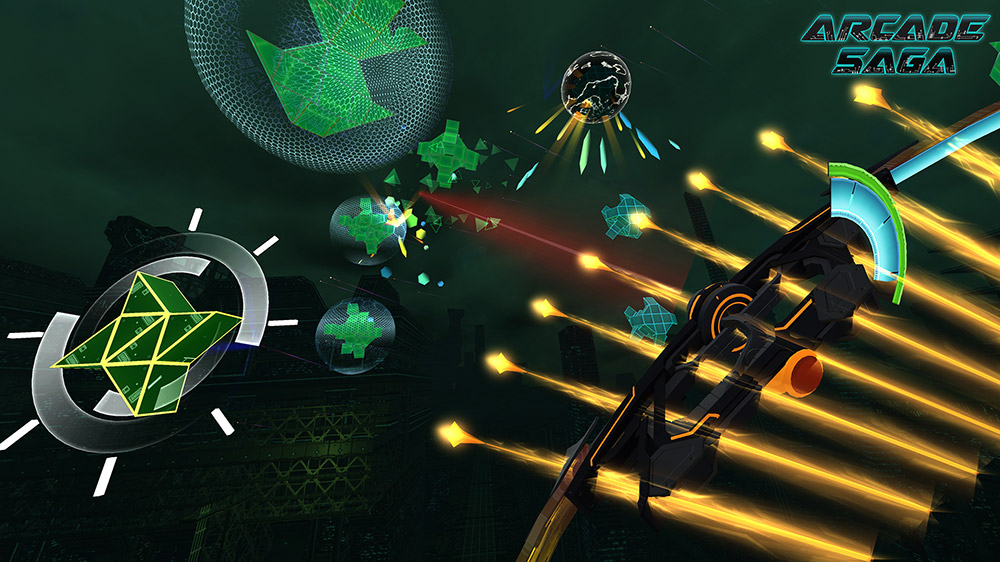 Sound too easy? Well, as with Smash and Fracture, Helper and Hinder powerups have been added, where a player can either help themselves by having every shot they shoot be a charged shot for extra damage, or they can Hinder their opponent by putting a forcefield around them that blocks arrows from hitting their target.

It’s a whole new Arcade Saga with these multiplayer modes – which makes this a great time to check it out if you haven’t already.

Arcade Saga will be available on Viveport for FREE for one day only – tomorrow, April 5th, 2017. It will also be available as part of Viveport Subscription.