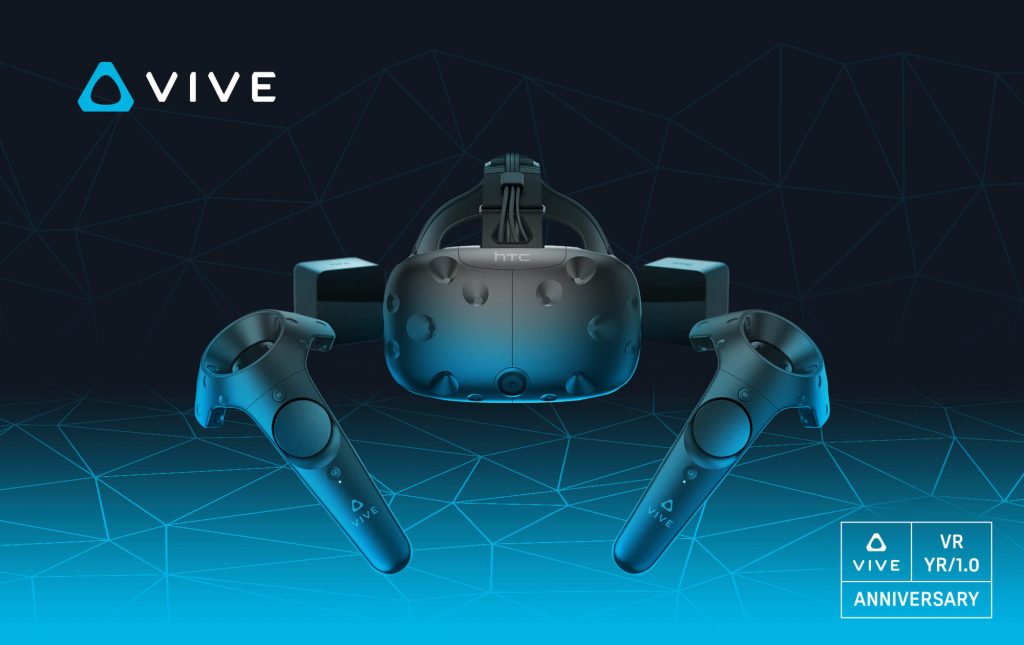 Today marks the one-year anniversary of the HTC VIVE, and the first year of consumer room-scale VR.  The work started long before a year ago, and it’s been quite a journey. The VR industry is filled with some of the most passionate and talented people we’ve ever worked with and we’ve never seen an industry move so quickly to solve problems and share solutions for developing and profiting from VR.

We couldn’t have gotten here without our loyal customers and tireless developers.   On behalf of everyone at HTC Vive – Thank You.

We wake up every day focused on how to make VR scalable and profitable for the community, and on building a new future of computing.

It is that future of computing that we’re focused on, and that’s precisely we are building VR for the long-haul…we’re funding new companies, we’re researching new methods of input, and we’re investing in content deals that help to push the industry forward.  We’re not only targeting gamers, but also expanding to new categories of customers, like our recent push to the Maker community and creators.

We are aggressively making moves to cement the future of VR.  Whether it is Vive X, Viveport, Vive Studios, VR for Impact or a half dozen other initiatives we’re driving for the industry, we’ve diversified faster in the VR market than anyone in the industry.

Just last week, we welcomed 30 new companies to our Vive X program. That’s 30 new companies that have staked their personal future on the long-term success of VR. These companies are looking out three to 10 years to anticipate where VR is going and building products against them.

We will continue to invest heavily in the Vive ecosystem and introduce products that make VR creation easier and faster and lower entry-costs to VR development. Vive Trackers, alone, will serve as a paradigm for SteamVR development.

Today, it is clear that VR is real, it’s here, and it’s here to stay.

A key in making that happen will be ensuring content developers are successful.  Developers are the life blood of any industry.

But success in VR today means far more than individual game sales. We’ve seen development teams of all sizes jump into VR as a new frontier of creativity, experimentation and gameplay. We fully intend to keep Vive open to developers and to be the best VR platform to develop for.  One of the key driving forces for Viveport is our ability to provide new revenue streams to developers, which is a big part of why we just launched a VR Subscription service. Whether it is direct game sales, revenue from Arcade, subscription models or getting your content on more devices, we will be there.

Developers need to think like a publisher and increase exposure wherever possible. Our goal for Viveport is to do just that, especially with our Viveport Arcade program, where we can easily connect developers to VR arcades across the world. We’re also making investments in aligning Viveport to specific verticals like Enterprise and Mobile.

Overall, we are bullish on enterprise applications and implications for VR.  A who’s who of the world’s largest companies have teams experimenting with VR today. We will make it even easier for enterprises to jump into Vive, such as multi-user skus (recently announced at our VEC conference for China) and by bundling the new Deluxe Audio Strap with every Vive Business Edition purchase.

Education will also continue to be an area of investment. This year we will also see longer-term research as to VR’s impact on education. We’ve seen early studies out of classrooms in China that show VR has an immediate and measurable impact on test results, but we expect this research to expand and help provide educators with a roadmap to introducing VR.

We couldn’t be more excited for 2017 and “year 2” of VR.  We are working every day to ensure VR is here to stay and we couldn’t do it without such a huge community of support. Thanks to our partners, our developers, our customers, and Valve for going on this journey with us.