With the launch of MakeVR Pro, we spoke with Steve Hansted, Product Manager for MakeVR about what improvements have been made for the latest version. 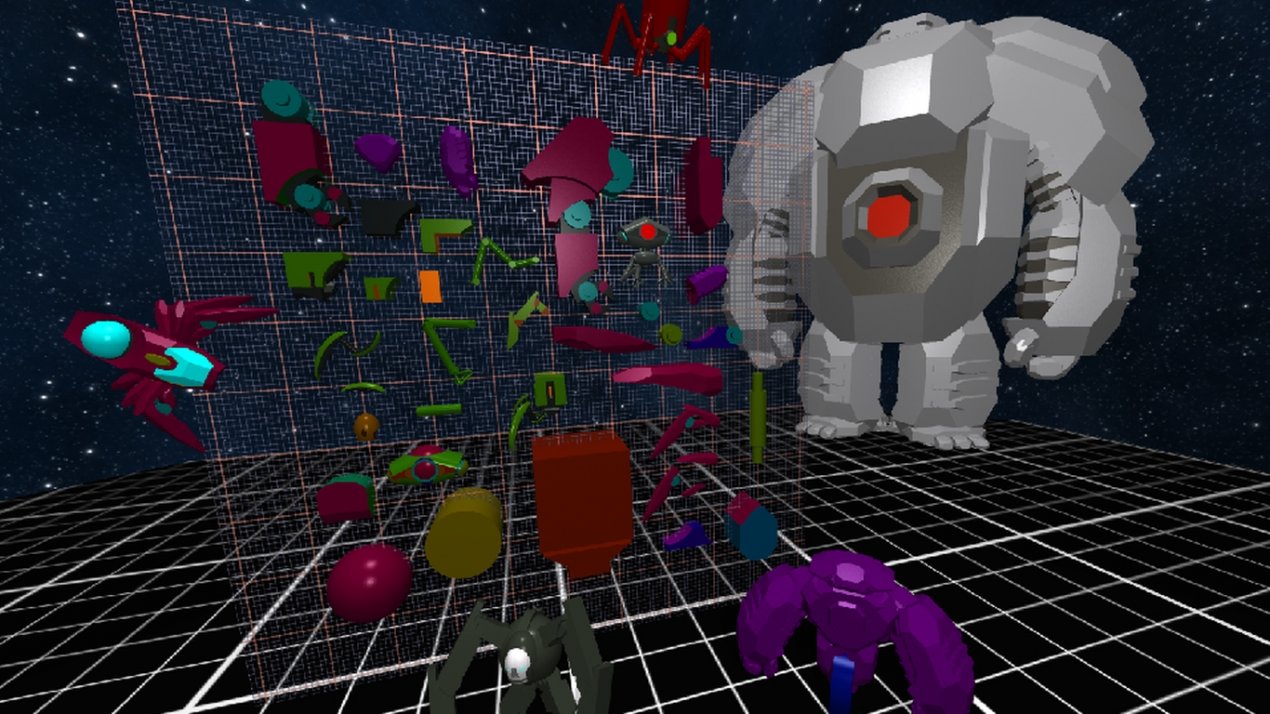 Given the ‘Pro’ tag, obviously MakeVR is aimed at professionals – but who do you see using it? Solely designers, or other professions?

‘Pro’ refers more to the new functionality than the target audience. We still have all the Boolean tools for more freeform creation, but what we’ve added are precision tools that will allow anyone, from students to Makers and 3D print enthusiasts to 3D modelers and designers, of all ages and skill levels, to be able to jump in and start building content with positional and rotational accuracy. It’s still so easy to learn and fun to use that it’s totally accessible to everyone.

What would you say are the primary feature additions in MakeVR – the must-have stuff?

The new features are primarily the tools that provide precision. Grids, rulers, object snapping, rotational alignment tools, and mirroring are all features that allow you to place objects in the environment precisely where you want them for performing cuts, joins, sweeps, etc.

Let’s talk about those features in detail. What’s object snapping?

In MakeVR Pro objects snap to grids, rulers, or any other object in the scene, and slide over their surfaces, maintaining their depth and angle relative to the surface of the object on which they’re tracking. This gives you a very easy way to ensure that your objects are lined up right where you want them. To undo a snap, you simply grab the snapped object and ‘rip’ it free with a flip of your wrist.

Ghosting occurs when the Snap tool is active and you are in the process of snapping one object to another. Touching the held object to the target object creates a ghost preview of the held object to show you exactly where it will be attached when you hit “Go”. It may sound scary, but I assure you it’s friendly ghosting!

Grids and rulers sound obvious, but how are they used?

In MakeVR Pro we’ve added grids and rulers to which you can snap any object, affording you precise positioning of your objects in two and three dimensions. Plus, rulers and grids can in turn be snapped to any object in the scene, including other rulers and grids to build construction jigs. It equates to building a virtual drill press or milling machine. You can set the tracking increments so as to move your object over the surface of a grid or ruler, i.e. in quarter inch or 5cm increments, to specify your level of precision. And, grids and rulers can be set to either US Standard or Metric units.

Object tracking is pretty cool. When you snap one object to another you can drag the snapped object around the surface of the target object to line it up exactly where you want it. When aligning objects with one another, they honor boundary conditions (faces, edges, and vertices) so there is always a sensible alignment as you turn corners.

Finally, what about mirroring?

Using a grid as a plane of reference, any object in your scene can be easily mirrored across the grid for symmetrical precision. Mirroring totally helps in my ongoing attempt to model the Starship Enterprise.

Are there any other ‘under the hood’ improvements that you’d like to mention?

Why, yes! You can now import .stl files to preview them in the virtual environment. But, at this point, you’re limited to only grabbing and scaling them. As .stl files are external meshes, and have no concept of their interiors, you aren’t able to perform any of the CAD-based functions on them.

In addition to all the new precision tools and functionality, we’re including more worlds and some pretty cool content that was built with the Pro tools.

The 3D modeling / object creation in VR space is starting to get a little crowded. What do you think keeps MakeVR ahead of the game?

Well, the fact that MakeVR and MakeVR Pro are built upon a professional, industry-standard, CAD engine really gives us a very mature and solid/deep foundation upon which to build. The Boolean tools alone have over 150 man years of development behind them. And, as you’re working with solid models when creating content in MakeVR, anything/everything you make can be sent right off to a 3D printer or, of course, imported into other modeling applications or game engines.

What’s next for MakeVR? Are there future features planned?

Lots! Amongst the features we want to add first are things like collaboration, multiple users in the same environment, and physics. And, we do have access to unlock every tool in the CAD engine that we use. We plan on bringing in any/all tools that make sense to use in VR, and tools that users are asking for. So, if there’s a feature or a tool that you’d like to see, please let us know!

Thanks for chatting, Steve!