This is a guest blog post by J. Epps and the 2Bears Team.

A blank page can be intimidating. For me, a blank page feels like a vast ocean that I can’t see the edges of; however, there is a trick that those of us who create for a living use to get past this problem. Just get started. Yep, it’s actually that simple. Once you get started creating, different ideas will come to you and drive the process forward. When creating, there are no bad ideas or wasted efforts; even if you abandon something you created, it still taught you what didn’t work. As in my ocean analogy, imagine your initial idea is like pouring a 1m by 1m cement column you can stand on. Once you have a place to stand, you can see land to build toward. 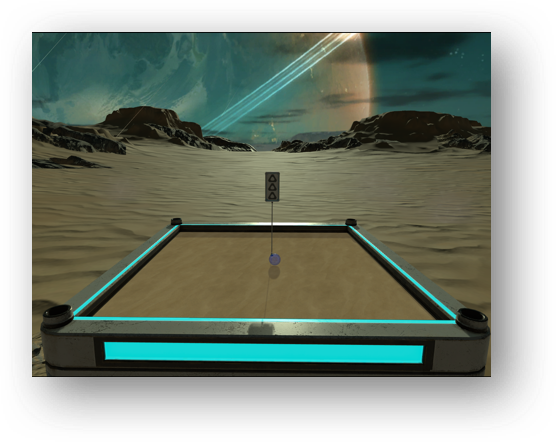 Let’s break this down some more:

1. The Level Gameplay Theme – How to come up with a cool level idea

a. There are really two options:

i. Item Driven – The way I start all my S.P.G. levels is to pick two different objects and think about interesting ways to use them or have them interact. Frequently, as you start constructing your level, you will uncover new interactions between objects. If this happens, see if you can harness it and build around that as the main gameplay theme for the level.

ii. Idea-Driven – Sometimes an idea for a cool interaction may just occur to you such as creating a level with no rock, only sand. In the case of an idea-driven level, you use objects to create the idea you are thinking of. The important part is the idea you are driving at, not the objects to get you there.

2. Create a Level – Let’s walk through creating a level.

a. Place the Level End First – I place the End Goal object first to understand where I need to arrive. I then build backwards in steps. 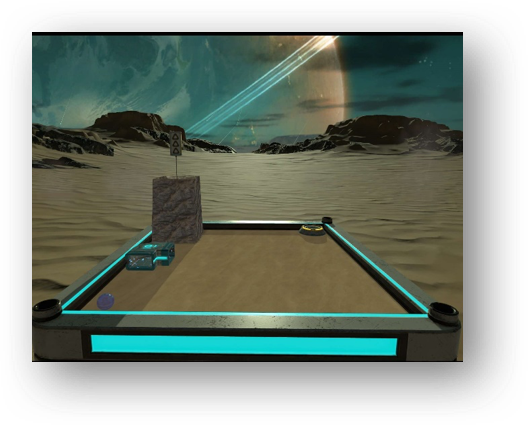 b. Divide into Sections – Usually there are 3 major interactions in a level, so divide into 3 sections. 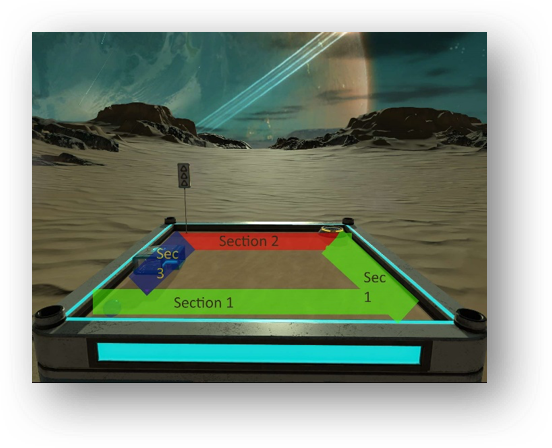 c. Make it Real – Let’s add some concrete ideas to these sections:

i. Section 1 – Use sand manipulation to navigate around a 90-degree turn.

ii. Section 2 – Aim the Catapult in the correct direction.

iii. Section 3 – Place the Bent Tunnel to throw ball up and into the rock mound protecting the End Goal. [The sand ramp in section one is not present because the player will create this ramp themselves.] 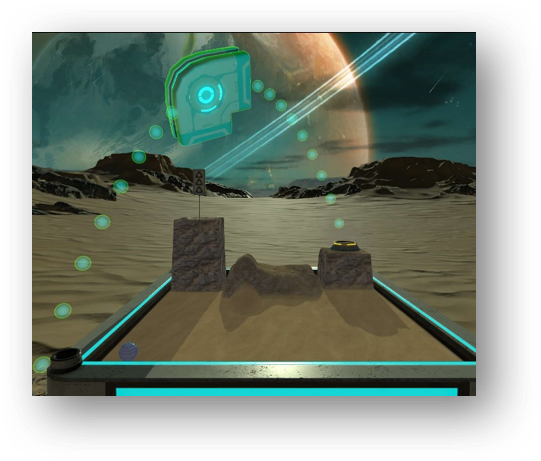 d. Solved – Here is what the level would look like once it is solved. 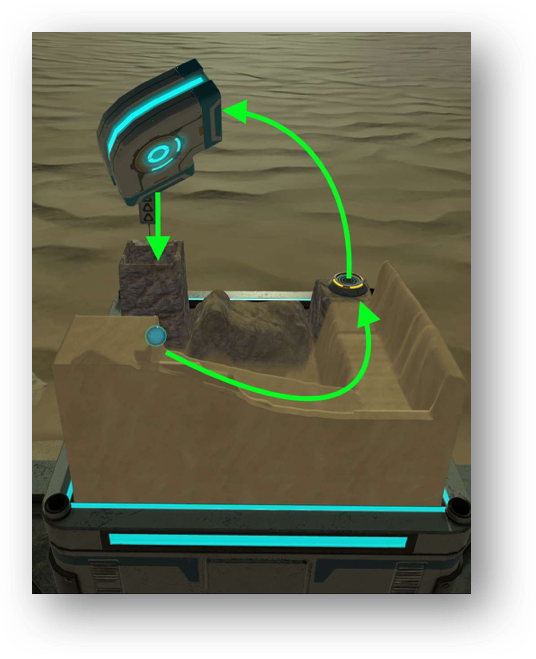 1. Rules – Here are the simple rules the bears at 2Bears_Central use to create S.P.G. levels:

a. Galaxy Gems – Our general rule is that it doesn’t have to be hard to win a level; however, getting all the Galaxy Gems should be challenging.

i. Easy to Get 1, Hard to Get 3 – It can and should be pretty easy to win the level. This will make it so that if a player gets tired of figuring out the level they can win and come back to tackle getting three gems later. Getting one gem should be more difficult than just getting the ball into the end goal while getting all three should be super challenging.

ii. Gems Can Show the Path – A good way to give player’s a starting place in your level is to use a Gem or two to show the intended path of the ball. This would be similar to coins that show a jump arc in a Mario game.

b. Too Many Objects – While not an iron-clad rule, it is more elegant and thoughtful to design with fewer objects. For example, a level with 8 moveable Portal Doors all connected to different fixed Portal Doors will drive a player insane as she tries to figure out—through guess and check—which movable Portal Door links to which fixed Portal Door. It is fine to have one of each object as long as the end product is still fun.

a. Momentum – S.P.G. is a physics puzzle game so the speed of the ball is integral. You can use accelerator ramps, catapults, portal doors and of course sand to cause the ball to accelerate or decelerate. Don’t forget to experiment with making the player control the speed of the ball using hills and ramps. Consider starting the ball off on a rock ramp and then make them slow the ball down or even start the ball on an accelerator ramp and make players use a pit to channel the ball.

b. Fun – Don’t forget, you are creating fun. Sometimes a level idea is great in the abstract but just isn’t fun in the game, or you just can’t make the mechanic work the way you envisioned it. I suggest you don’t beat your head against a level idea that isn’t working out and just move onto a different idea.

c. Start Over – Don’t be afraid to start over if you don’t like the direction of the level. While it is counterintuitive, the reality is that deciding what to make is the hard part. Actually recreating a level is fast once you know exactly what you are building. You don’t have to start over from scratch, but sometimes it helps to get rid of what isn’t working so you can come up with a fresh approach.