In 1919 Amedeo Modigliani returned to Paris from the south of France. The war was over; his health had improved. His art dealer, Léopold Zborowski found a studio and living space for Modigliani and his partner, Jeanne Hébuterne, on the rue de la Grande Chaumière, near the cafés and meeting places of Montparnasse. Thanks to Vive’s VR technology, you can now be transported from the comfort of your own home to a recreation of the place where one of the greatest artists of the twentieth century lived and worked in the final months of his life. 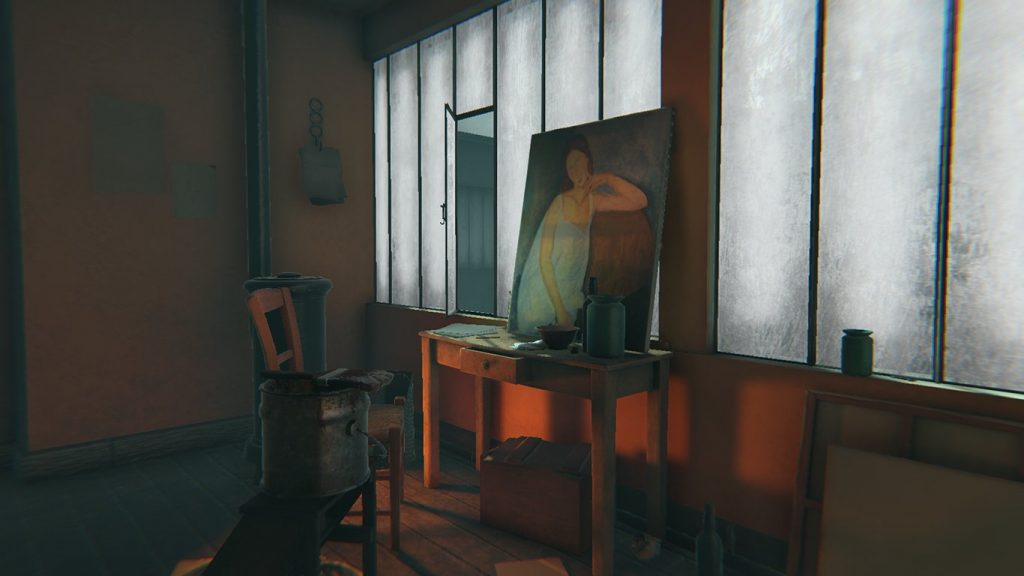 While the studio still exists, almost 100 years after the artist’s death, its appearance has changed significantly. There are no photographs of the studio from the 1910s.  Yet by using the actual space as a template, as well as study of first-hand accounts, historical research and new technical information about Modigliani’s paintings, the studio was reconstructed by teams at Tate and Preloaded to accurately reflect the artist’s living environment. Each object included in the experience was carefully researched, validated by art historians and authentically modelled.

This incredible and unprecedented look into the life and work of one of the early 20th century’s most innovative artists is currently installed within Tate Modern’s exhibition Modigliani.

Available now on Viveport, the experience has been expanded and will be more immersive than ever before by utilising the Vive controllers and Vive’s unique room-scale functionality to allow you to walk around Modigliani’s studio. You can check out the experience and how it was made by watching the video here:

You can from today download the The Ochre Atelier on Viveport here for $2.99.

This latest release sees Vive continue its work with the arts world, the partnership with Tate Modern being the latest project in the Vive Arts program. Vive has been previously centre stage at leading art venues and events around the world, including Tribeca Film Festival, The Venice Biennale and Somerset House.

Stay tuned to the Vive blog for even more exciting art projects in 2018.