Since early access to Super Puzzle Galaxy was launched in December, 2 Bears Studio has worked tirelessly to create additional content for the physics-based puzzle game. The Vive Studios title launched its first DLC Pack on Steam to keep your cosmic puzzle missions ever fresh and exciting. Never played Super Puzzle Galaxy before? Check out the Developer Diary below to get a glimpse at this galactic game.

The new Boost Ball DLC Pack for Super Puzzle Galaxy comes with 24 new levels, two new objects and a brand-new environment. Now puzzlers can manipulate sand to create the perfect path to victory in a total of 56 levels while dodging moving obstacles, bouncing on spring objects and shattering through glass doors. Whether you have already mastered Super Puzzle Galaxy or are just starting your puzzle adventure in the cosmos, the new Boost Ball DLC Pack will add hours of excitement to your journey. Super Puzzle Galaxy’s first DLC pack includes the following:

Super Puzzle Galaxy has proven to be a popular follow up to 2 Bears Studios’ Arcade Saga and has even found a big fan in PSVR Frank. Steam users can now try their luck at solving levels personally crafted by the YouTube influencer using the in-game editor. To find PSVR Frank’s levels take the following steps:

1. Select “Explore” from the Main Menu 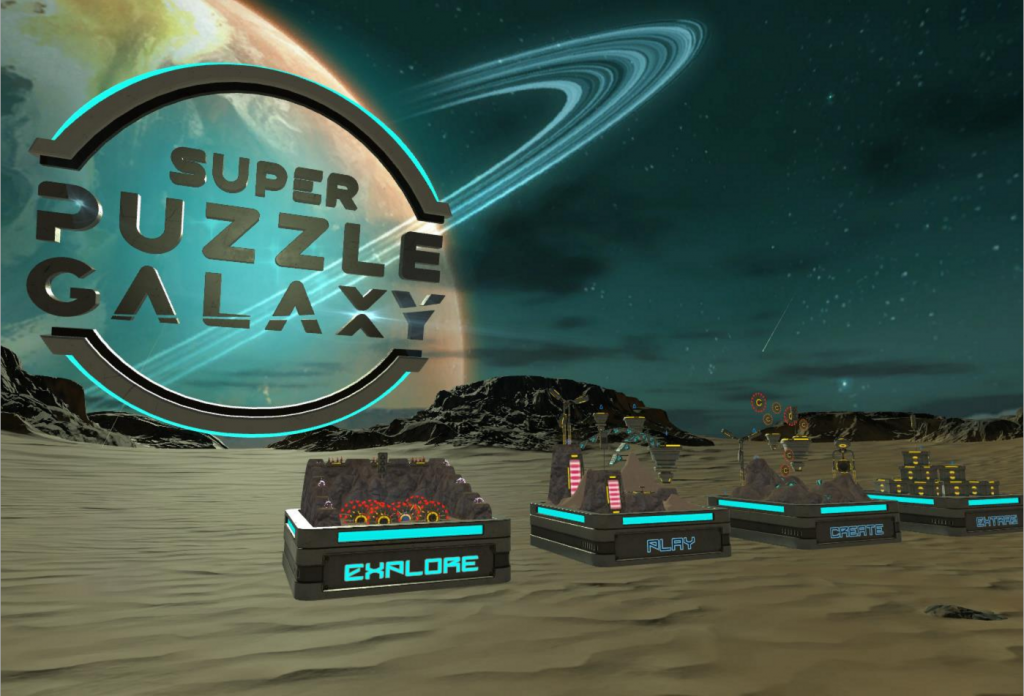 2. Then highlight the 2 Bears logo to see the “Recommended Levels”

Looking to create your own levels just like PSVR Frank? Make sure to catch the in-game tutorial that walks you through step by step on how to build your own puzzles that you can share with the SPG community.