VIVE Arts continues to lead the charge in bringing the public closer to humanity’s artistic creation and cultural heritage through VR. Today, we’re excited to announce our collaboration with the American Museum of Natural History, one of the world’s preeminent scientific, cultural and educational institutions, on their new T. rex: The Ultimate Predator exhibit.

The exhibition, which will be open to the public from March 11, 2019, to August 9, 2020, features the museum’s first multiplayer, interactive VR experience in addition to life-sized reconstructions of T. rex at various life stages—including the most scientifically accurate representation of T. rex to date, fossils and casts, large-scale projections and hands-on interactives to tell the amazing story of the iconic dinosaur. 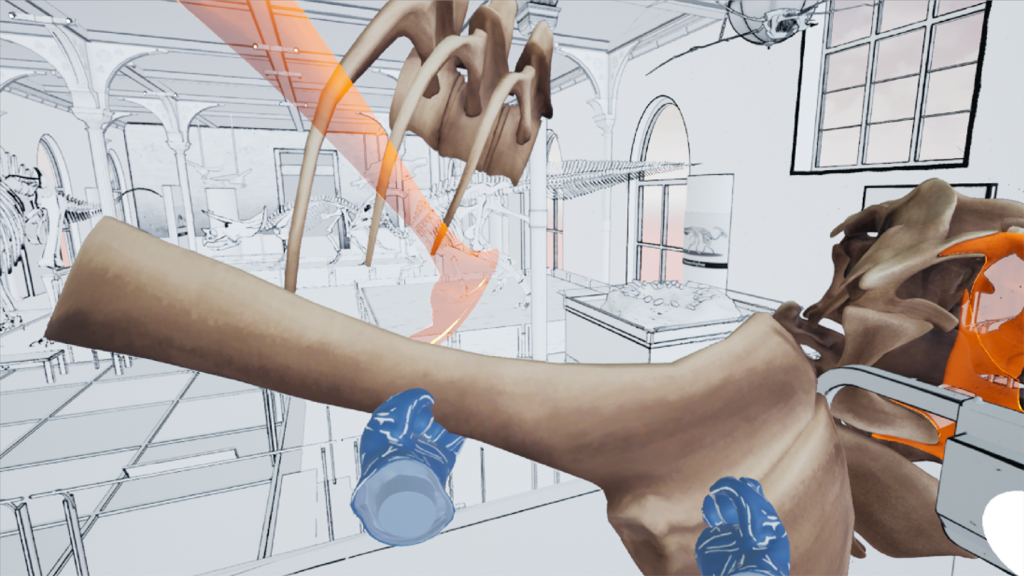 T rex: The Ultimate Predator is the first major exhibition of the American Museum of Natural History’s 150th-anniversary celebration. The first T. rex skeleton was discovered in 1902 by the Museum’s legendary fossil hunter, Barnum Brown, and the Museum boasts one of the few original specimens of T. rex on public display in the Hall of Saurischian Dinosaurs. With more than 120 years of dinosaur research and discovery, the Museum continues to be a leader in this field. In collaboration with HTC VIVE, the Museum adds a new dimension to this legacy with the exhibition’s virtual reality experience, T. rex: Skeleton Crew.

Developed in collaboration with the Museum’s Science Visualization team, VIVE Studios (VIVE’s premium content development and publishing initiative) and Immersion, this VR experience places up to three visitors within a space similar to the Museum’s Hall of Saurischian Dinosaurs, where they will work together to help build a T. rex skeleton bone by bone. Once the full dinosaur is complete, players will witness a realistic T. rex come to life before their eyes. As the columns of the setting dissolve into trees, the Hall will transform into the marshland that is now Montana, the T.rex’s home 66 million years ago. 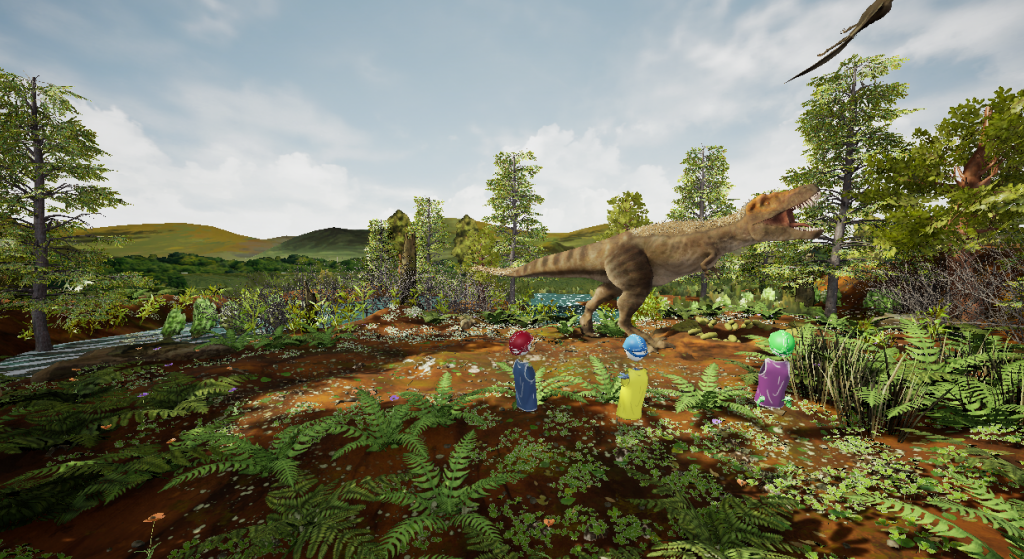 “Through VR, visitors can engage with the exhibit in an exciting, in-depth way that enriches their knowledge and leaves a lasting memory for years to come,” said Chris Chin, Executive Director of Education VR Content, HTC VIVE. “VIVE is proud to partner with the American Museum of Natural History to harness the power of premium VR bringing visitors closer to the scale, majesty, and awesomeness of T. rex like never before.”

“American Museum of Natural History is one of the world’s most innovative and forward-thinking museums. The VIVE team worked closely with the Museum’s paleontologists and science visualization team to create an interactive and scientifically accurate representation of T.Rex based on the latest research,” said Victoria Chang, Director of VIVE Arts. “We are excited to observe the educational impact of this remarkably engaging VR project as it is experienced during the exhibition and soon globally through VIVEPORT.” 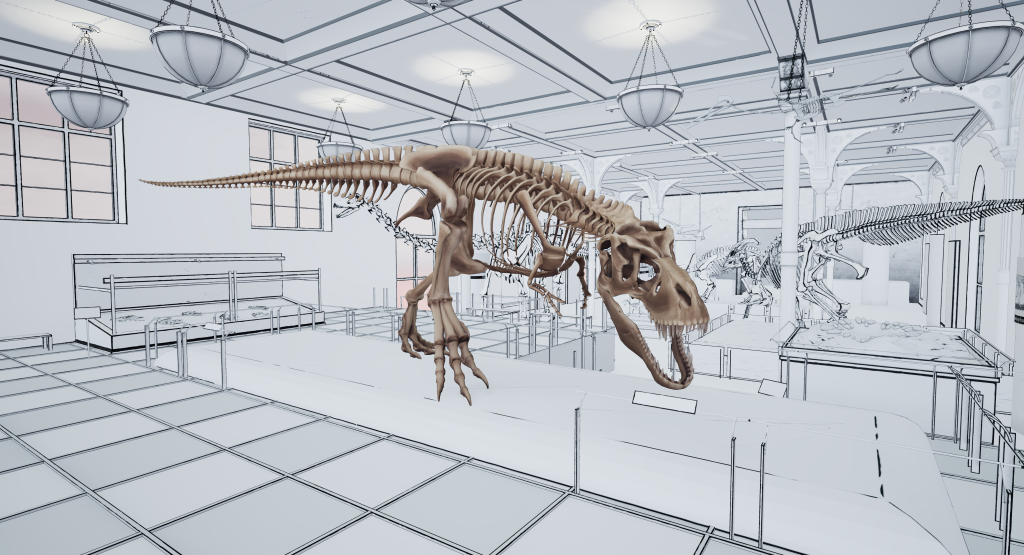 “Virtual reality is a magical realm in which our human perceptions of time and space are suspended,” said Vivian Trakinski, the Museum’s director of science visualization. “In virtual reality, nothing is too small, too big, too fast, too slow, too distant, or too long ago to be appreciated. We hope this technology will let our visitors experience the most fantastic and inaccessible realms of nature.”

HTC VIVE is proud to be the virtual reality partner of leading arts and cultural institutions such as the American Museum of Natural History, Tate Modern and Taiwan’s National Palace Museum. Through VIVE Arts, virtual reality is transforming the way art and culture are experienced around the world.

Stay tuned for more information as the home version of T. rex: Skeleton Crew launches this summer on VIVEPORT.