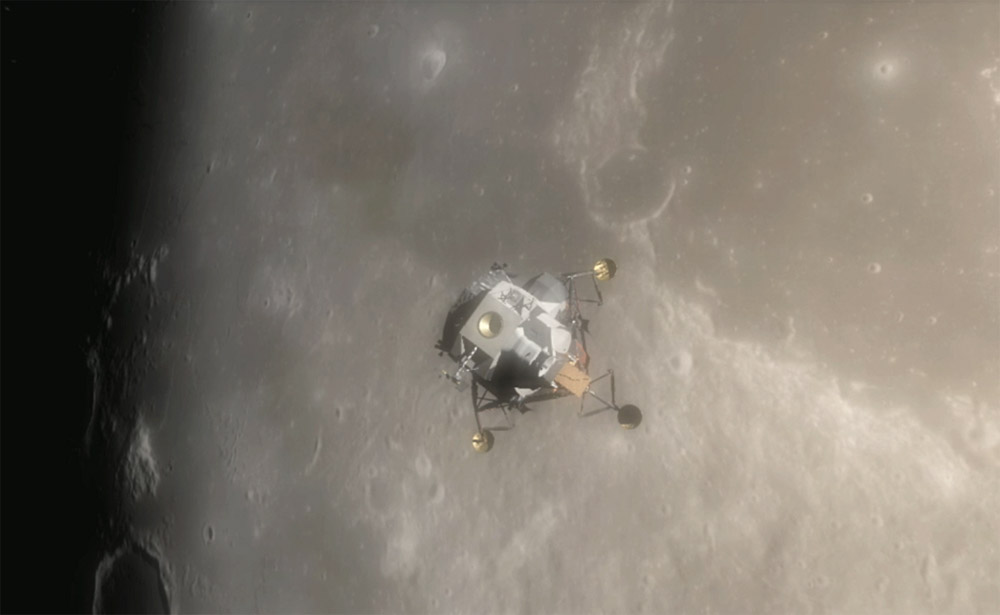 50 years ago today, the Apollo 11 mission successfully landed the first two people onto the surface of the moon. What better way to reflect on such a monumental moment in human achievement than by checking out some of the out of this world Viveport Infinity titles that let you explore the cosmos, learn about our galaxy, and step into the role of a trail blazing astronaut?

Experience the historic event through the eyes of those who lived through it. Apollo 11 VR, by Immersive VR Education, brings a mix of original archive audio and video together with accurate recreations of the spacecraft and locations, all set to inspirational music. It’s a documentary style experience that will not only educate you but will also leave a lasting impression and deep respect for the men and women who worked on the Apollo program during NASA’s golden era.

Developed by the award winning Australian studio Opaque Space in collaboration with NASA, Earthlight: Spacewalk puts you in the shoes of a crewmember of the International Space Station, tasked with doing essential maintenance responsibilities while orbiting the Earth. It’s an authentic, immersive experience that conveys the scope and majesty of space travel.

You can read more in the Greenlit review, which gave Earthlight: Spacewalk 4 stars out of 5.

With Go For Launch: Mercury, developer Joseph Chisholm set out to meticulously recreate the experience of early space flight. Featuring seven complete playable missions from the historic Mercury program, Go For Launch puts you in the hot seat of one of the most important flights in the history of space travel. Toggle switches and levers and a myriad of other console controls and follow the steps necessary to successfully launch your vessel, and buckle in for a wild ride into the stratosphere.

You can read more in the Greenlit review, which awarded Go For Launch: Mercury 4 out of 5 stars.

Created using scientific data from NASA and the European Space Agency, OVERVIEW is an interactive experience with real positions for all the planets, stars and galaxies that we know of. A collaboration between Orbital Views and film director Paul Mezier, OVERVIEW functions as a visually engaging educational planetarium style experience, providing details about each celestial body as a documentary style story that lets you control how you view the experience. A freeview mode allows you to explore the galaxy at your leisure, traveling at light speed and getting up close and personal with many elements of our Solar System.

Taking a futurist approach, Mars 2030 places you in the role of an astronaut on a team tasked with collecting geological samples that uncover the planet’s past. While on your mission, you’ll explore the accurately mapped and modeled open Martian terrain (based on NASA satellite data), and complete various tasks including operating the Mars rover. Along this journey, you’ll discover a world rich in history that, much like our own planet, once looked very different from what exists today.

Spacetours VR – Ep1 from Vibrant Visuals puts you in control of a futuristic interplanetary travel expedition, allowing quick and dynamic travel through the galaxy to see what you want to see, in non-linear fashion. Jump from point to point in any order you’d like, controlling how and where you go on your tour of our star system, and learn interesting facts about our planets and stars, all from the comfort of a posh travel pod.

We Are Stars is a colorful all-ages science VR documentary that seeks to answer some of the biggest questions of all time. What are we made of? Where did it all come from? It explores the secrets of our cosmic chemistry, our explosive origins and connect life on Earth to the evolution of the Universe.  Join the Time Master narrated by Hollywood star Andy Serkis, a Victorian gent with his very own time tent who whisks you off on a 13.8 billion year adventure. With expert input from leading scientists, cosmologists, astrophysicists, astrochemists, planetary scientists and astrobiologists, We Are Stars presents humanity’s current understanding of where everything, including us, came from.

In the VDA nominated Mars Odyssey, developer Steel Wool Games puts you right in the middle of the Red Planet, where you’ll traverse the alien terrain and interact with a full-scale NASA Landers and Rovers, and experience the planet’s history and unique geography. Stunning visuals and authentic controls make being a part of the Mars expedition feel accurate and immersive.

Have a favorite outer space adventure? Talk about them in our Community Forums!