From September 2 – 12, VR fans will be able to experience 25 virtual reality experiences and games on Viveport and nine 360° films on Viveport Video from the Venice VR Expanded selection. In addition to this, Venice Film Festival will be hosting the networking element of the festival in the custom-built world VRChat inside the VRrOOm world in VRChat, also available through Viveport.

Below you’ll find the entire lineup of the Venice VR Expanded experiences found on the Viveport platform. Note your favorites, pour a glass of vino and prepare to be transported, in VR, to the city of water:

Seventeen-year-old Juana, who is stuck on a wheelchair, is willing to explore sexuality but is ashamed of her own body. In the process of trying to fit in at her new school, she is to face failure, friendship and fear before learning to accept herself. 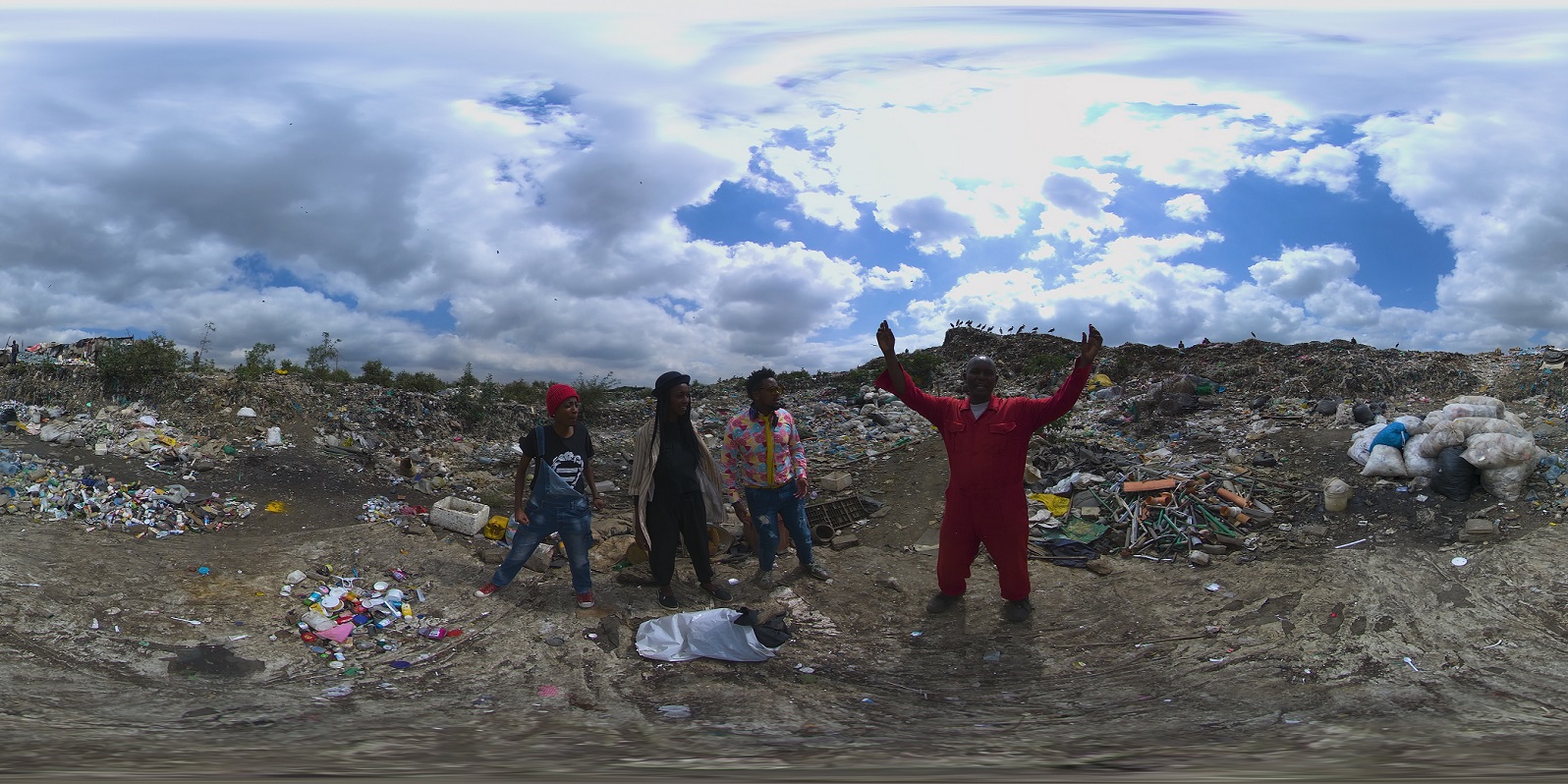 This VR series depicts a new generation of emerging creatives. The journey begins in Nairobi, Kenya, one of the liveliest metropolises in sub-Saharan Africa.

Agence places the fate of artificially intelligent creatures in your hands. Will you help to maintain their peaceful existence, or throw them into a state of chaos? A dynamic film that merges cinematic storytelling, artificial intelligence, and user interactivity, Agence is never the same twice.

Henry Winkler is a genie addicted to the human souls he collects in exchange for granting wishes to gullible humans. However, something is different about the seemingly naive little girl who has rubbed his lamp this time. For one thing, she has hired a strait-laced lawyer (Chris Parnell) to negotiate her wishes. 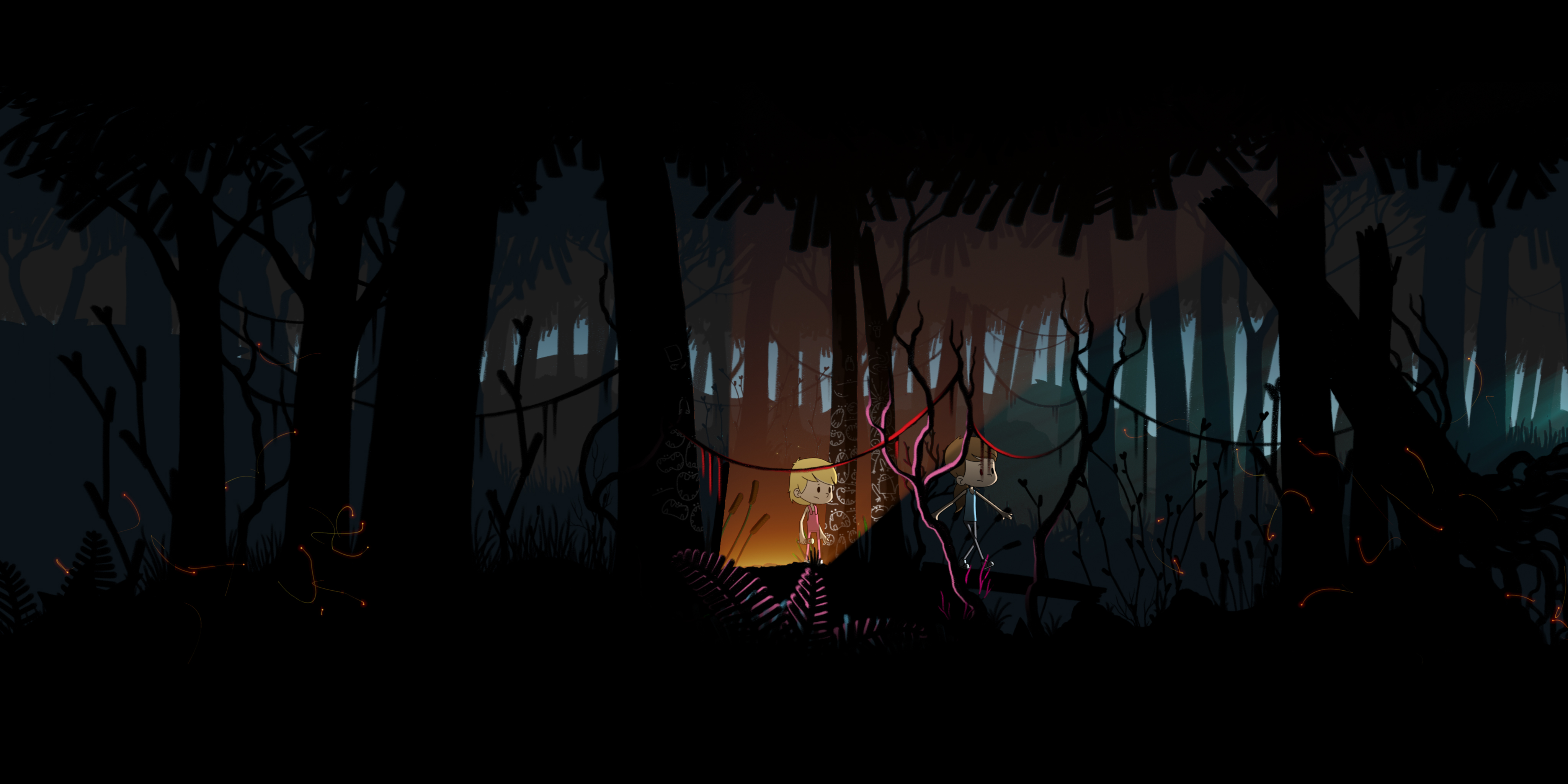 In this animated experience, a little boy asks his elder sister how she managed to stop being afraid of the dark. She draws him into a succession of dreamlike realities where everything comes alive and through which he learns to confront his own fears. 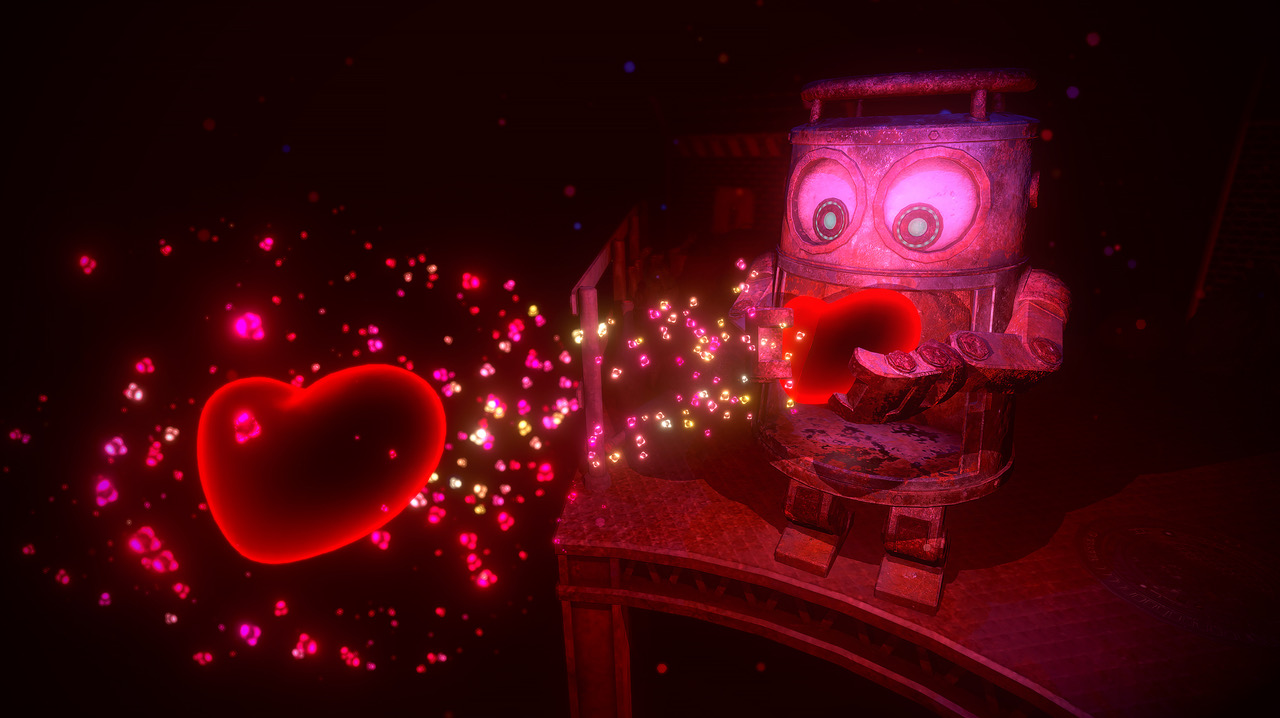 Beat is a story literally born out of viewers’ heart since their heartbeat is faithfully reproduced in animation. Viewers also meet a rusty and heartless robot they can give their heart to by placing it in his metallic body. The happy robot stands up and starts moving around. After meeting new robots, though, he does not know how to communicate with them. His “heart” is key to the story’s progress and, through the robot’s personal growth, of viewers’ awareness of their own heart.

Yuri, an old South Korean woman, thinks back of the day she turned ten, when she disobeyed her mother, ran away and crossed the border between the two Koreas in hope to meet her father, a soldier violinist who went to war and disappeared somewhere in North Korea. She travels through an animistic and dreamlike version of the demilitarized zone among strange-looking birds, mysterious ghosts and the scars the war left behind. Will she get to meet her dad? 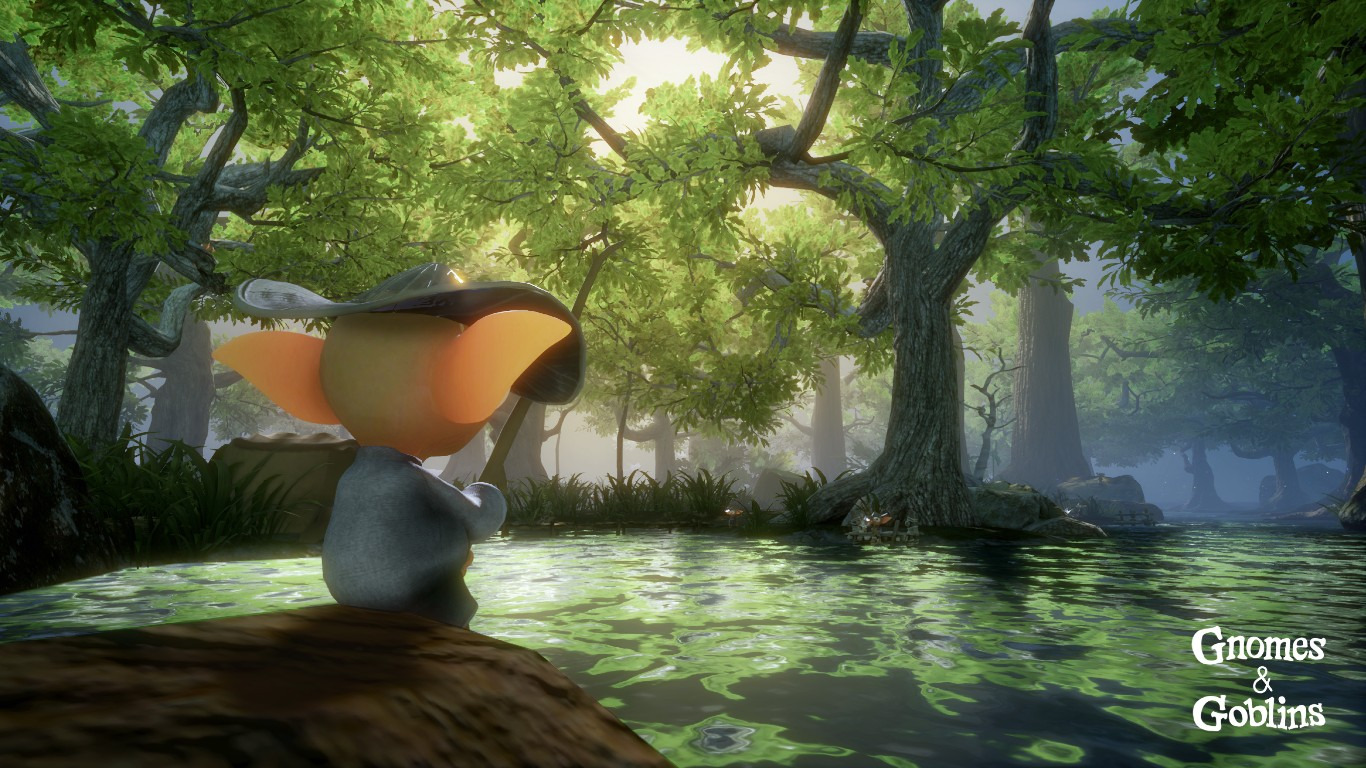 This animated, story-driven game is set in an enchanted world of gnomes and goblins. The viewer, as the protagonist, will encounter inhabitants of a fantasy land, build a relationship with them, become part of their society, and save them from their foe. 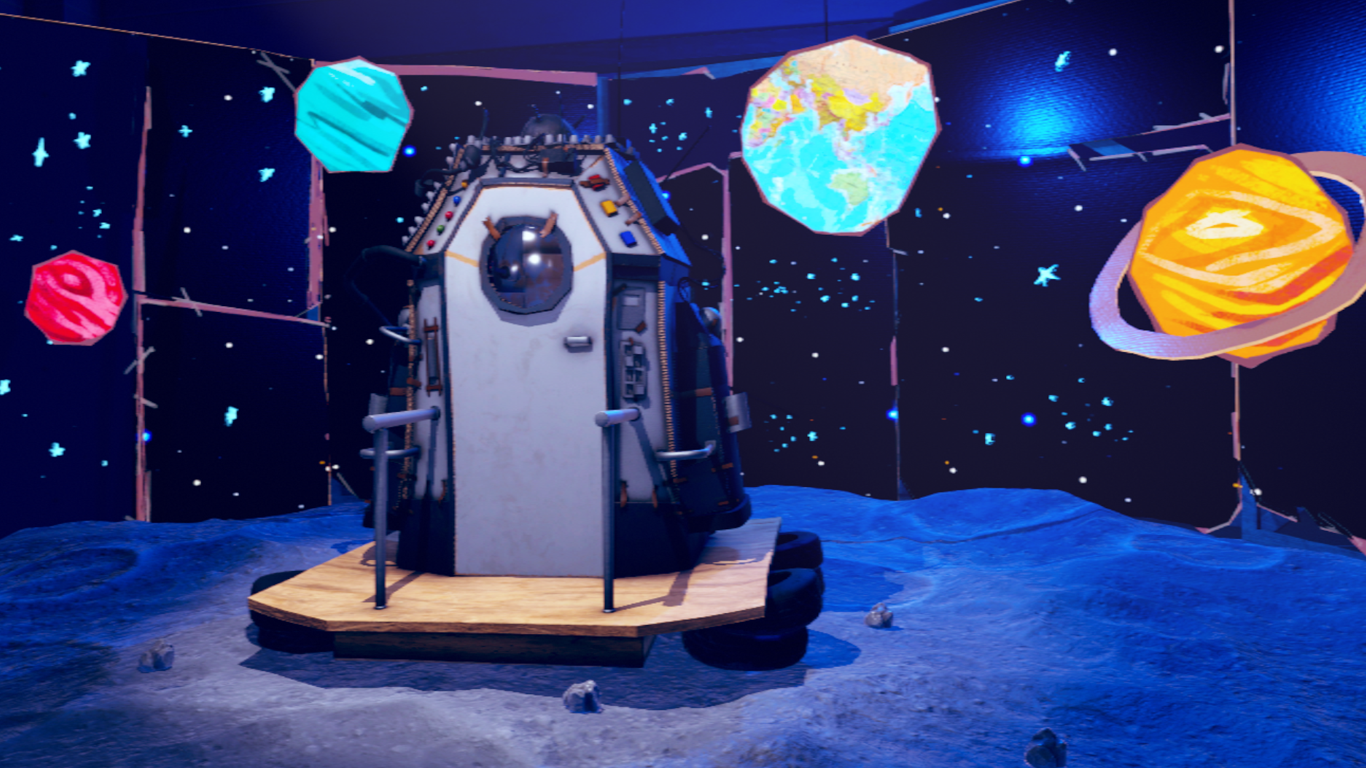 In 1969, Apollo 11 lands on the moon. Despite those conspiracy theorists that called the moon landing a hoax, the Unites States proudly showed the world what a powerful nation could accomplish. Fifty years later, the Taiwanese people are fighting against identity crises and financial instability and waiting for something or someone to step up and make them rise again.

A sensory VR experience and installation turning viewers into the subject of a Northern myth and taking them into a mythological underwater land born out of the harsh seas and plains of Thy, a rural region in the North of Denmark where superstition abounds and the powers of nature rule.

Based on Richard McGuire’s graphic novel, Here is a grand biopic on a specific corner of a room. We join the myriad characters that have called this particular room home throughout time. The narrative flow allows viewers to live an immersive experience in a unique place through time, connecting with those who have come before, as well as those yet to come. 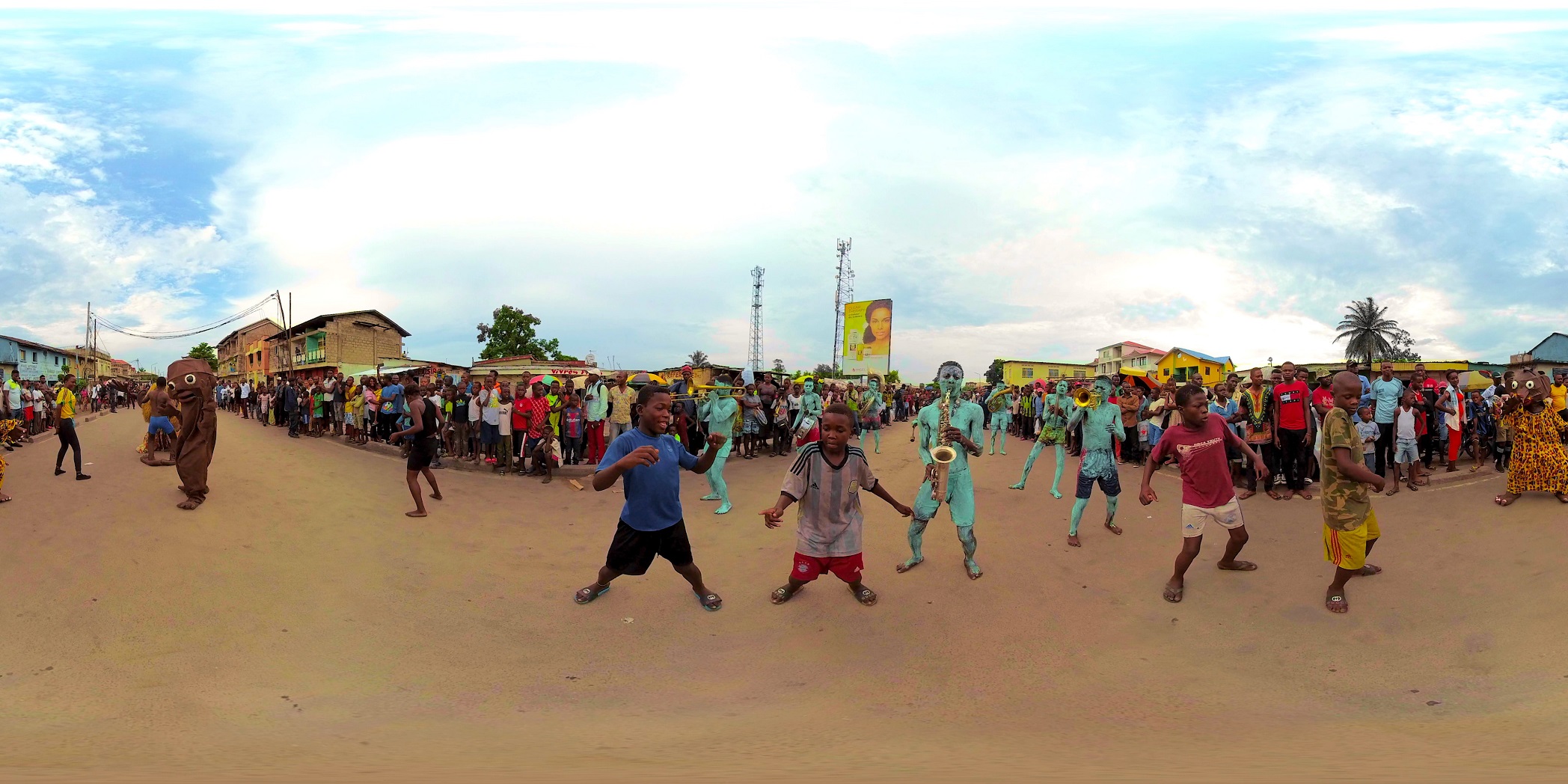 35,000 kids abandoned by their families following witchcraft allegations are doing their best to survive on the streets of Kinshasa, Congo. One night, fourteen-year-old Mika must suddenly come to terms with this terrible situation and learn the rules of the street to survive, find food and shelter, and, even most importantly, fit in.

The viewer is taken into the surreal cinematic story of a family living through a series of miscarriages. Set in contemporary Rotorua, New Zealand, their story is one of love, loss and black holes. 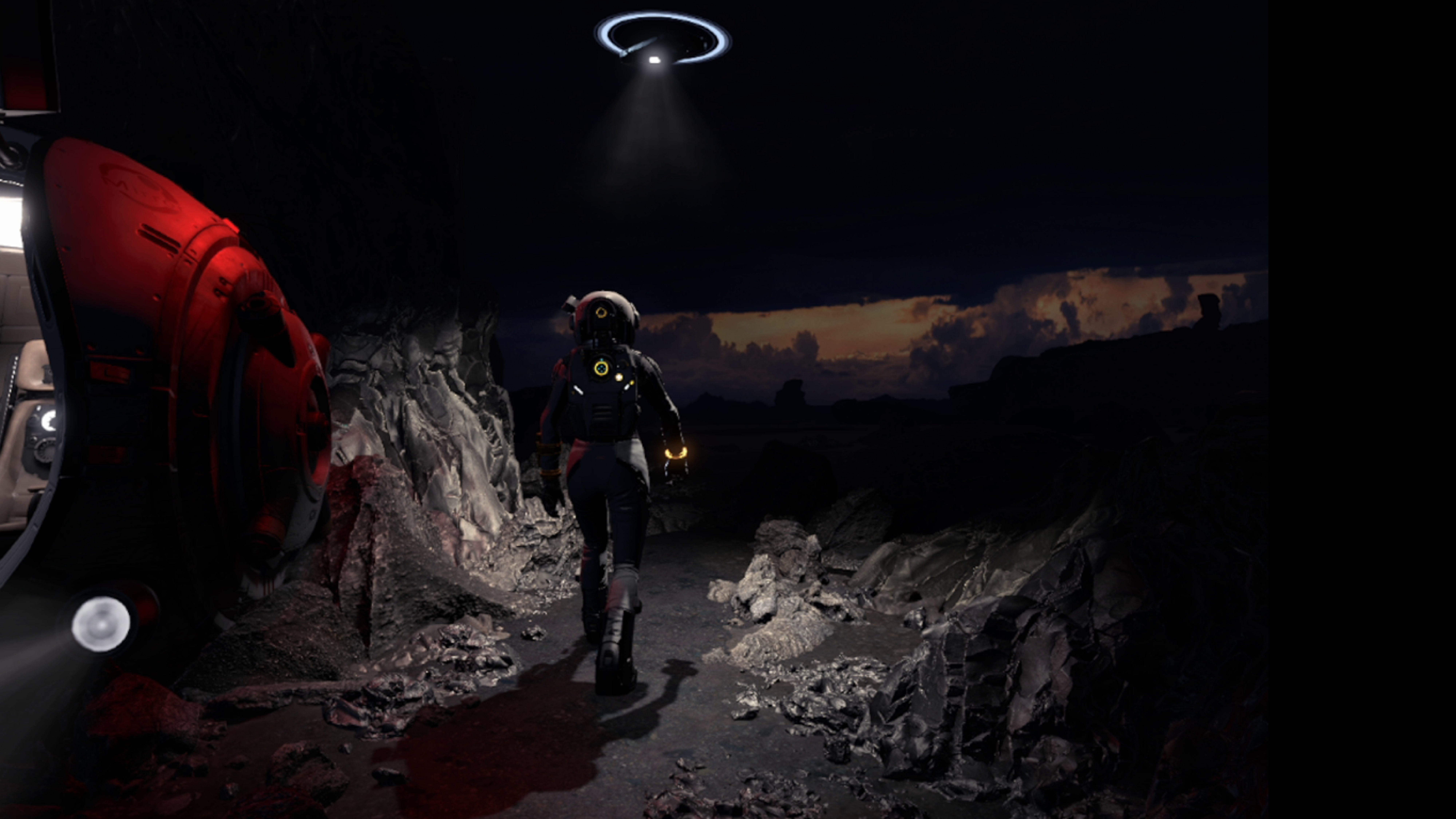 Sent to an unknown planet, young exo-biologist Claris violently crashes on a mysterious land. As she tries to find the other members of her team, she witnesses the first “signal” generated by the planet itself.

In contemporary India, we follow three women engaged in a day-to-day fight for gender equality. Anjali is a doctor who works non-stop to lower the high death rate. Shabnam is a civil rights activist and acid-attack survivor taking care of her daughter Ikra. Devy Arya studies at a Hindu school to become a priestess. Their diverse stories take us right to the heart of India’s changing society. 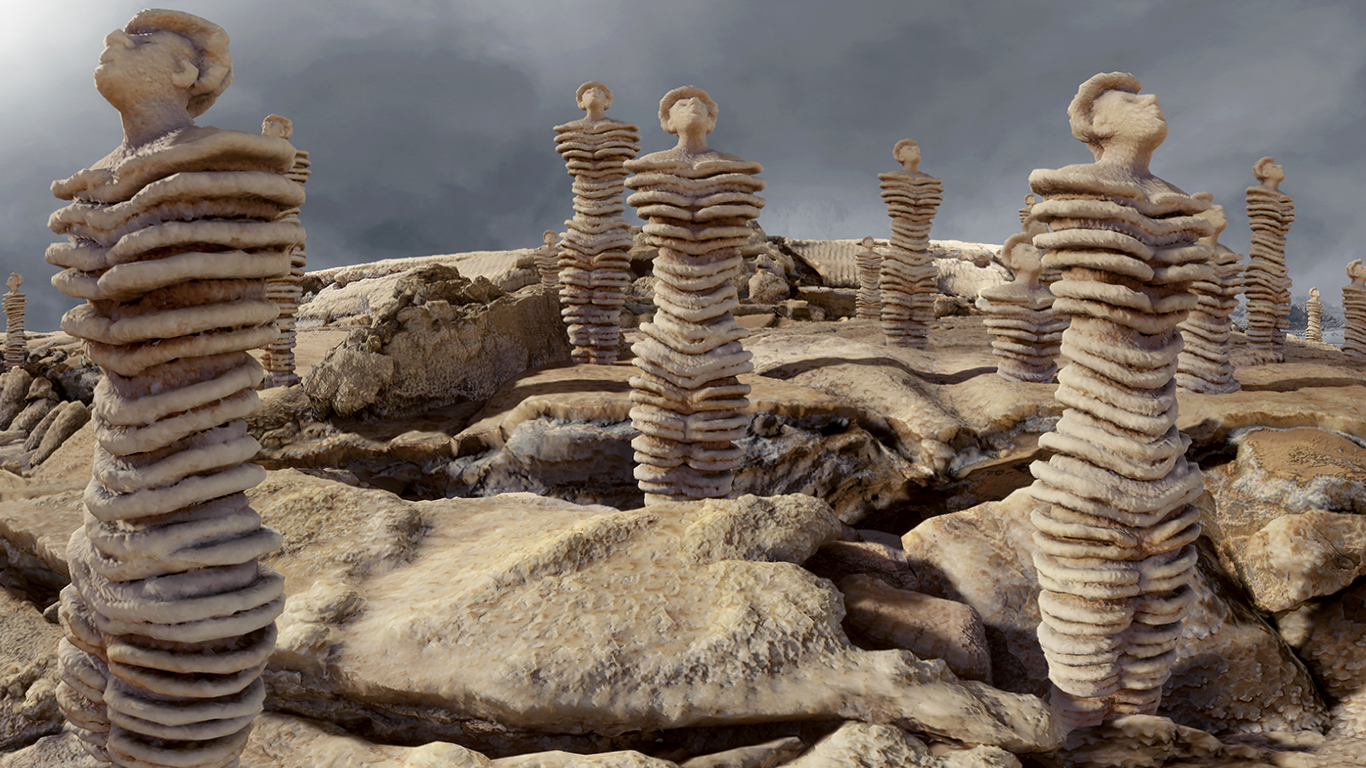 Users are transported to the Dead Sea and taken on a tour of one of the wonders of the world, which has been inaccessible for 35 years. A place famous for its long history and therapeutic powers, the Dead Sea can now be virtually experienced by viewers thanks to photo-realistic environments.

Inspired by people and places that truly exist, the film depicts a Javanese family living in a fictional neighborhood in Jakarta, the capital city of Indonesia. Here, they witness the city’s political transformation and rise of Islamic fundamentalism causing the overall decay of the surrounding urban environment.

In the midst of a spatial void, an imposing geometric form wanders in the horizon of infinite space presenting itself to the viewer’s eyes. It is a huge and pure eternity-evoking tetrahedron. As it stays still, it breaks apart scattering its million pieces in empty space as ghosts in the heart of infinity. Soon enough, this imposing entity is shattered into a cloud of particles dancing in nothingness. 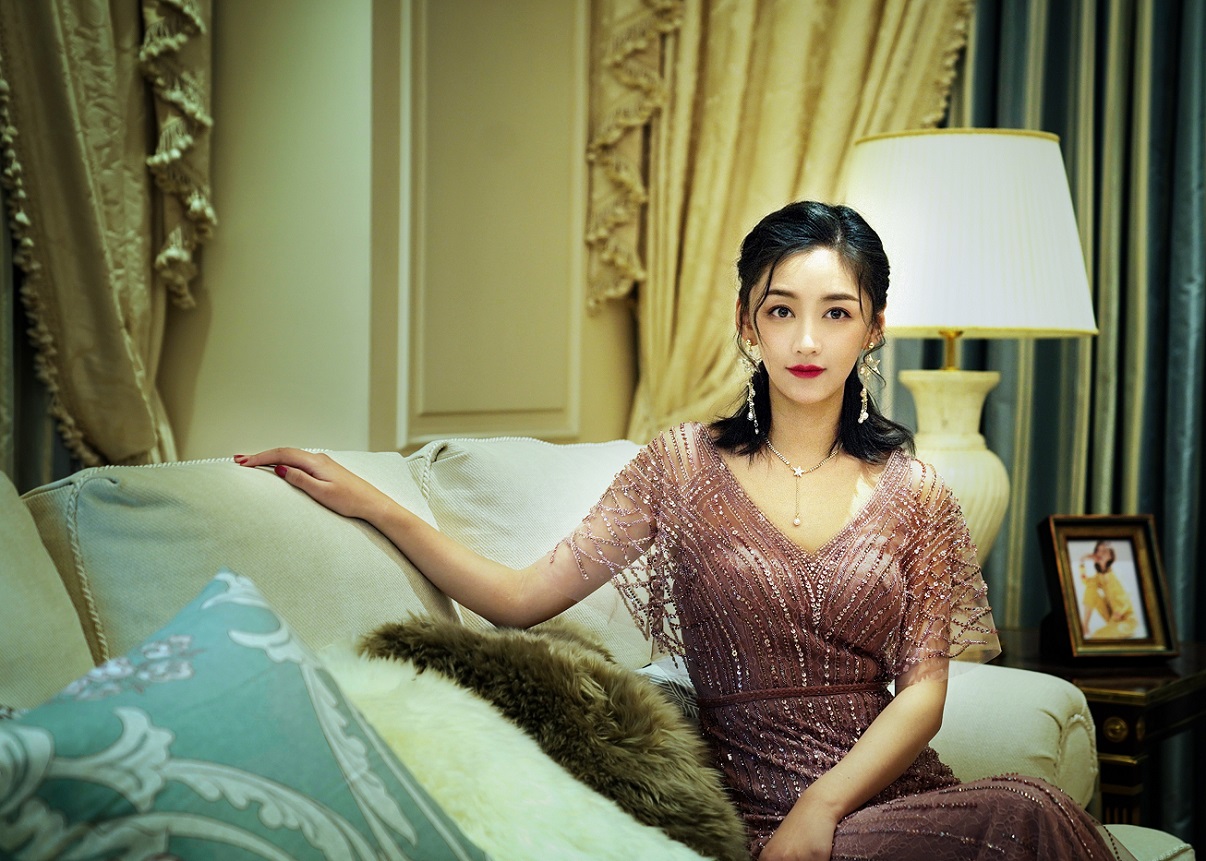 Lisa is an actress who has been recently caught in a scandal and even received death threats. Her agent invites a well-known TV host to Lisa’s secret villa for a live interview. Unexpectedly, at the beginning of the live show a dead person is found at the scene. Was it an accident or murder? Killing a Superstar is an immersive VR video: viewers can solve the case directly at the crime scene through interactive functions.

Johan K. Harju was a self-taught writer and historian, as well as an alcohol-addicted homeless person. His unique talent resided in his ability to document his friends’ lives as well as his own through his personal voice that made listeners see the world through his eyes. This virtual-reality experience combines animation with photos and Harju’s voice recordings from the Helsinki City Museum archives, placing users in a historical tram featuring animation inspired by Harju’s drawings.

A fully immersive VR experience placing the viewer at the center of a love affair’s classic triangle connecting attraction, conflict and reconciliation. The virtual space is divided into 20 moments linked with these three key situations, highlighting lovers’ unity and divergence.

What does the hangman think about when he goes home at night from work? Based on Carl Sandburg’s poem, The Hangman at Home explores the possible answers to this question through five interwoven stories: five characters in one apartment, in five different moments. An immersive, animated and interactive experience allowing viewers to become aware of their influence on the events ¾ until they are required to make a decision and act upon them.

A documentary film on people’s lives during the COVID-19 outbreak in China. The viewer experiences the power and beauty of life, and the heartbreaking real events that took place at 10 a.m. on February 20, 2020. 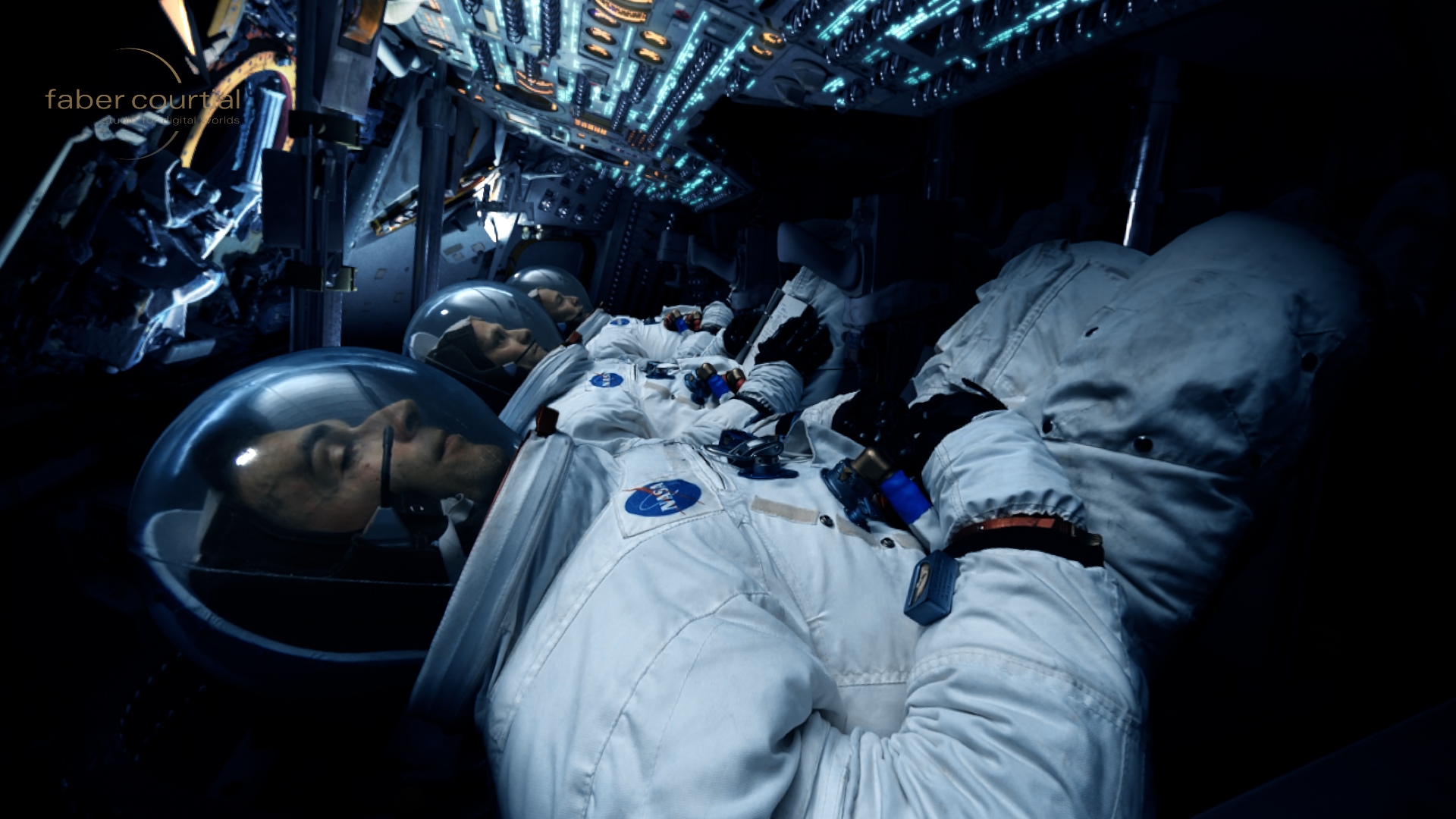 A legendary space-travel experience following in the steps of the Apollo mission from launch to the astronauts’ journey back home: a magic story of how dreams came true as mankind took their first step on the moon.

As the main character of this videogame experience, the viewer wakes up in a storage room. The house the viewer has always lived in with his father and sister does not look like it used to. A weird phone message complicates things further. 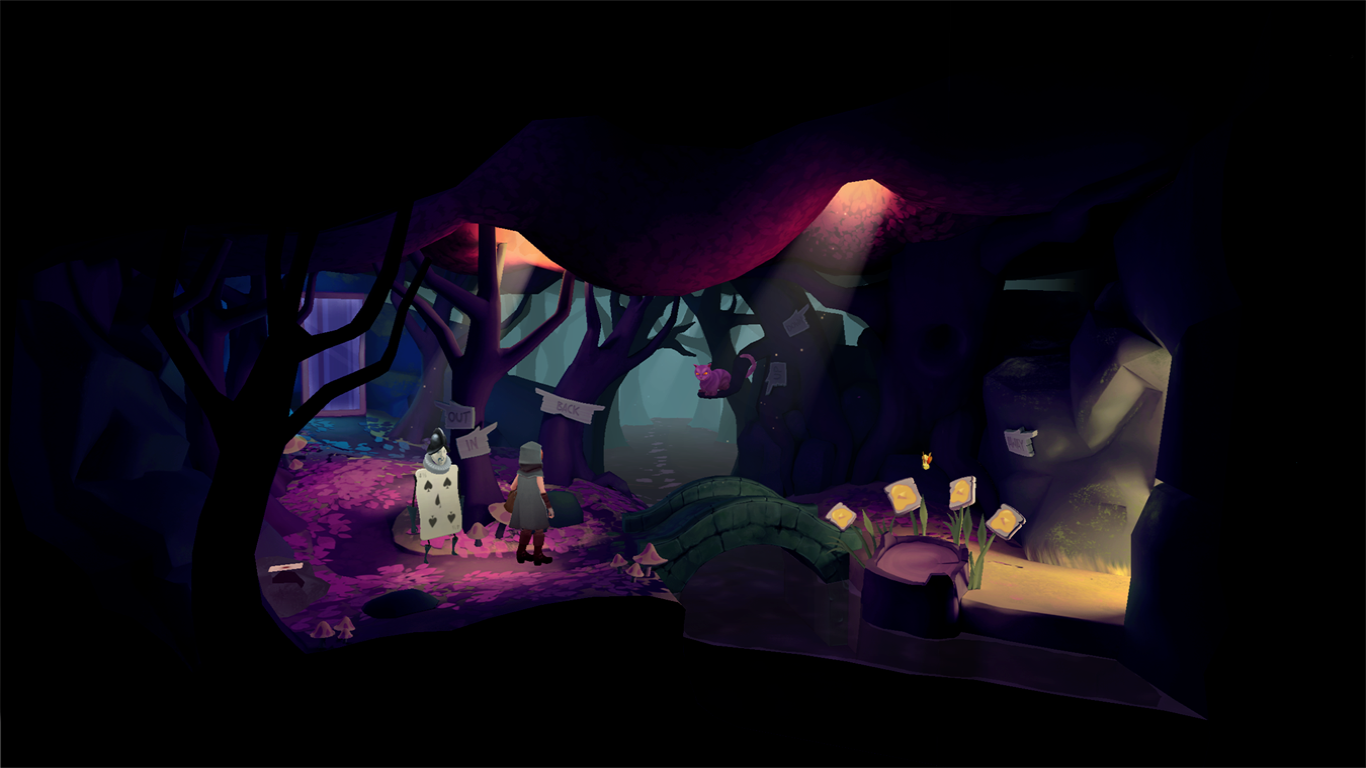 In this prequel of Lewis Carroll’s celebrated Alice in Wonderland, viewers play the role of a girl that is accidentally transported to Wonderland; as such, they are free to control her fate and make decisions along the way.

The story unfolds in a surreal world where all existing things are perpetually falling down, as are players themselves. In this world with no walls or horizon, no bottom or top, there is no fear of heights: rather, viewers find themselves floating in a gravity-free environment.

Based on the director’s real-life experience. A family gathers in their old house on a summer day to spend time with their grandmother who can now barely move, hear or react to any external input. Many people visit the house as the day goes by. The viewer also takes part in this family gathering in a very peculiar role: old grandma’s.

SOUND SELF: A TECHNODELIC by ROBIN ARNOTT – USA – Andromeda Entertainment

An inward-looking journey of meditation: through the use of their own voice, viewers experience a state of complete relaxation and altered awareness.

Hiroshima, 1935. Yonezo Okita left his home in Japan for Canada. Then war and racism changed everything. Three generations later his grandson Randall Okita leads us on an interactive pilgrimage through an emotional geography of immigration and family to recover what was lost. 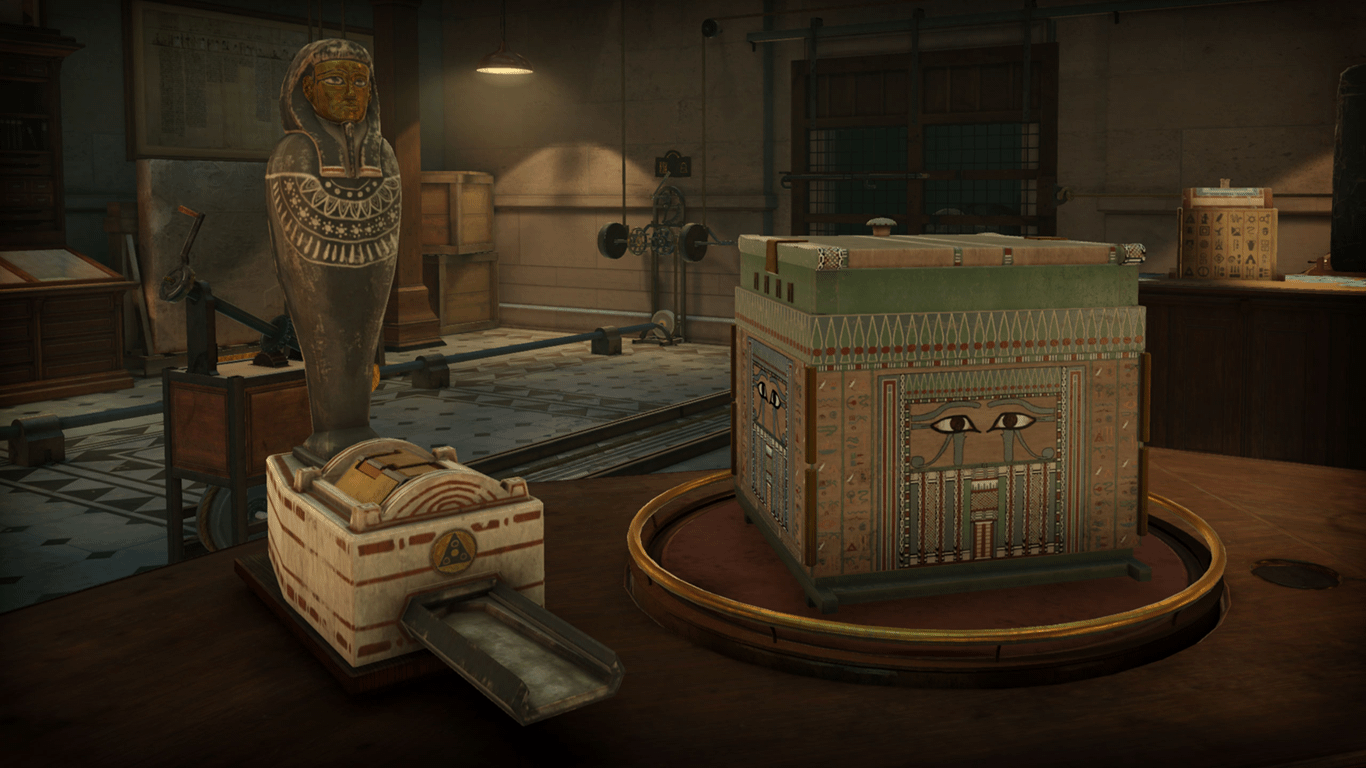 London, British Institute of Archaeology, 1908. The disappearance of an esteemed Egyptologist prompts a police investigation into the unknown. The viewer is called to explore cryptic locations, examine fantastic gadgets and solve puzzles in an otherworldly space that blurs the line between reality and illusion. 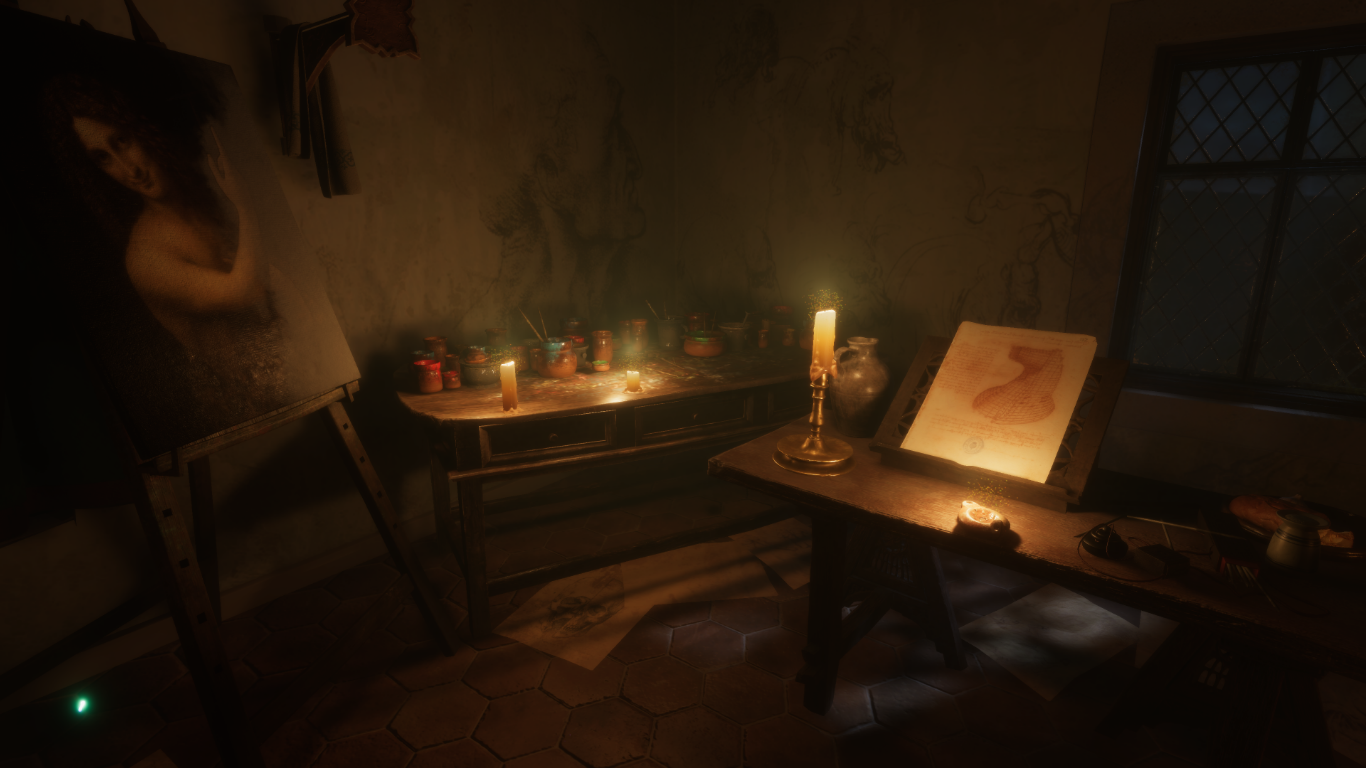 Nowadays, we tend to see doubts as weaknesses in our struggle to succeed no matter what. We would rather show off our accomplishments, confidence and productivity, especially in the creative process. Il dubbio is an interactive documentary VR experience challenging these assumptions and exploring doubt as a driver of creation. The journey begins in Leonardo Da Vinci’s studio, where users can experience a lesser-known side of the celebrated Renaissance master.

An immersive VR experience taking viewers into the private life of a man driven into exile. Ten years ago, Mortaza was forced to leave Afghanistan when a fatwa was pronounced against him. After spending three dangerous months as an illegal alien on the run, he eventually reaches the country where he wants to seek asylum, France. However, the government proves to be another obstacle in his journey to freedom.

Reading a diary left by her estranged son, a Catholic mother (Hadley Boyd) finds a way to transcend herself and her grief by imagining him alive and in love. With heart-wrenching performances by Michael DeBartolo and Christopher Vo in volumetric video and the storytelling potential of spatial sound, Queerskins: ARK allows you to enter her imagination and co-create the lovers’ intimate dance through your body position and movements. An Intel Studios Original co-produced with Cloudred.

This interactive first-person VR experience is set in the Vajont valley, Italy, a few hours before the disaster. The story is centered on a dialogue between a husband and his wife: the woman senses the danger and wants to leave; her husband dismisses the idea that there is any danger at all. What stops us from leaving the places we feel we belong? Can we accept the idea of having to protect ourselves from something that is part of our own identity – the place we grew up in?