New hits are making their way to your VIVEPORT Infinity library with five titles launching during the shortest month of the year. From upcoming titles to our favorite recent releases we’re giving you a heads-up on what is in store for your Viveport Infinity account this month.

Are you considering Viveport Infinity for the first time? We have a special deal just for you during February! Through February 17, we’re giving 10 AUDICA bonus DLC tracks to all new customers who sign up for an annual Viveport Infinity subscription. For more information on the promotion head here for more details.

Let’s take a look at what is on the horizon for Viveport Infinity in February: 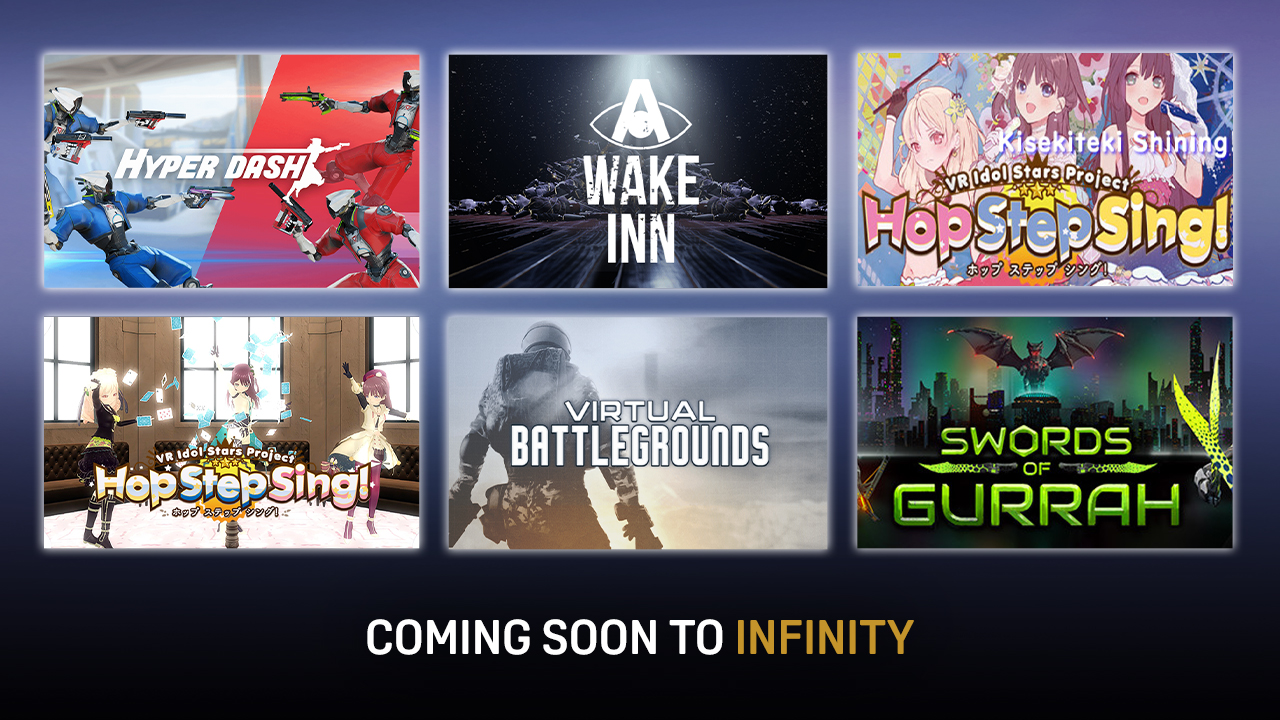 Hyper Dash is a VR multiplayer team based shooter. Make smart use of Dashing, Sprinting, Walking and Rail Grinding to get around the arena’s fast and lethal.

A Wake Inn is a PC VR horror game with elements of action, storytelling, exploration and puzzles. Explore gloomy passages on a wheelchair, with an immersive control system complying it’s limitations and difficulties. You won’t be alone – mysterious Doctor Finnegan, owner of the estate, will accompany you through your shortwave transmitter. On your way you’ll find many other items – some useful to move forward, some that can give you a hint about this place and its former inhabitants.

Enjoy a front-row ticket to a performance by Japan’s newest idol group: Hop Step Sing! Niina, Mikasa, and Shikiri will sing and dance their way into your hearts in this, immersive VR experience of their debut single: “Kisekiteki Shining!” (“Miraculous Shining!”)

Virtual Battlegrounds
Virtual Battlegrounds is a VR Battle Royale built from the ground up for virtual reality, with multiplayer mode. Battle to become the last warrior standing on this dystopian war-crazed island with tactical gun-play, an epic map, and physically controlled locomotion.

Swords of Gurrah is a real-time multiplayer sword fighting VR game. Fight with or against friends, with battles of up to 12 players. Choose from over a huge variety of weapons and create a fighting style of your own! 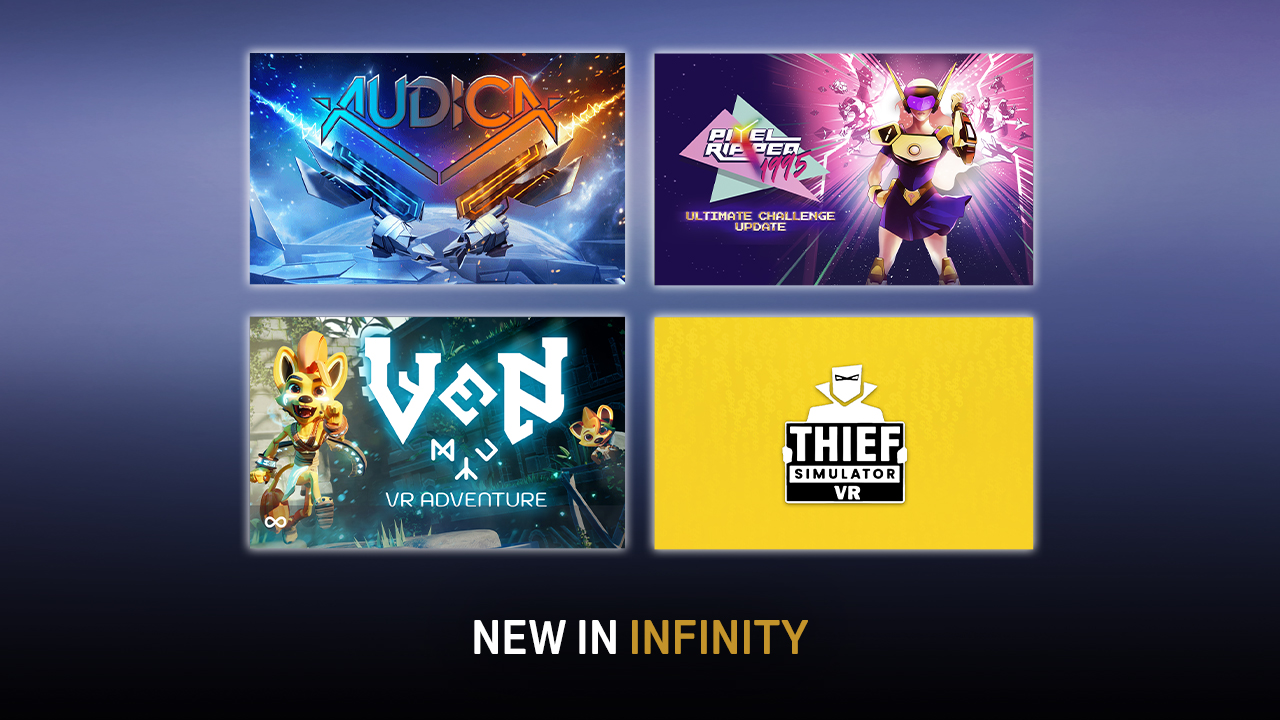 Audica
AUDICA is a VR “rhythm shooter” that combines Harmonix’s award-winning music gameplay with precision shooting mechanics and a 33-song soundtrack, all set in a mesmerizing cosmic arena.

Pixel Ripped is back with a brand new nostalgia-fueled virtual reality game-within-a-game, this time in the year 1995! To restore balance to multiple dimensions, our videogame hero Dot recruits the help of the best gamer from 1995, an unassuming 9-year-old boy named David. Join this unlikely duo through challenging throwbacks to all your favorite classics from the late 16-bit and early 32-bit era of games inside a virtual reality world, all while maneuvering through the real-life challenges of a kid who just wants to save the world by doing what he does best – playing videogames.

Ven VR Adventure is a single-player platform game built for virtual reality from the ground up. You happen to meet Ven on his unknown planet, invaded by Bruce Nelson, who wants to destroy the surrounding magical world and gain access to energy that can make him virtually immortal. Be the hero to help Ven save his planet from destruction.

Have you ever wondered what it’s like to be a real thief? Now you can see for yourself in Thief Simulator VR! Steal in free roam sandbox neighborhoods. Observe your target and gather the information that will help you with the burglary. Take the challenge and rob the most secured houses. Buy some hi-tech burglar equipment and learn new thief tricks. Sell stolen goods to the passers. Do anything that a real thief does. And… don’t get caught!