The tricks and treats behind creating horror VR 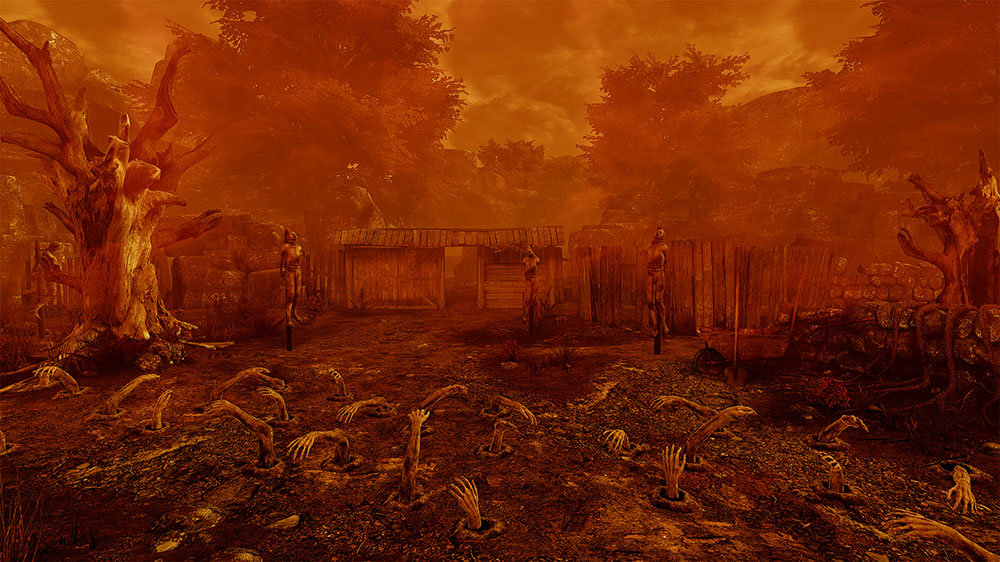 With Halloween upon us, we asked VR developers about their tricks (and treats!) in creating horror experiences in VR.

Fear is one of the most primal emotions you can experience, and evoking it is why we watch horror movies, read horror books and more. With virtual reality and specifically room-scale experiences, horror can be more intimate and terrifying than ever before. But how does that happen? What increases the ‘fear factor’ in VR? And what tricks are being used to make the ‘virtual’ seem ‘real’?

THE POWER OF IMMERSION

Horror movies are designed to frighten – but it’s not just the movie itself that scares you. The environment of the movie theater helps it happen. David Chen, narrative developer for Narcosis, points out that movie theaters are “designed to enhance the experience. It’s dark, the sound and seats envelop you, putting you at ease… when the fear sets in, it’s shared, spreading through the audience. You can’t see or hear that, but you can definitely feel it.”

By contrast, in VR, fear is very personal. “You have to isolate yourself to enter the virtual world,” says Chen. “If you’re not used to the idea, just having your ears and eyes covered [by a VR headset] can be plenty unsettling.”

Alone in a virtual world without an audience to share the experience with, your immersion can become almost total.  “The player is completely enveloped in the world that we create,” says Mark Paul, creative director on AFFECTED: The Manor, from Fallen Planet Studios. “They are fully engaged with what is happening around them.”

“Unlike playing a game on your TV, you can’t avert your gaze,” points out Chen. “You can close your eyes, of course, but that’s a little scary, in itself!”

In addition to not being able to look away, VR forces you to use your whole body in ways that are even more immersive. Justin Pappas, creative director on Albino Lullaby, notes you might “crane your neck to look up into the eyes of a ghoul looming over you.”

There’s also no safe ‘screen’ between you and the horror. “It’s very easy to very quickly convince your mind and body that what you are experiencing is real,” says Pappas. This means your brain will tell “your physical body to hide behind door frames and cabinets” which don’t exist in the real world. “When it’s working right, and you’re totally immersed, you are for all intents and purposes in another world,” says David Chen. 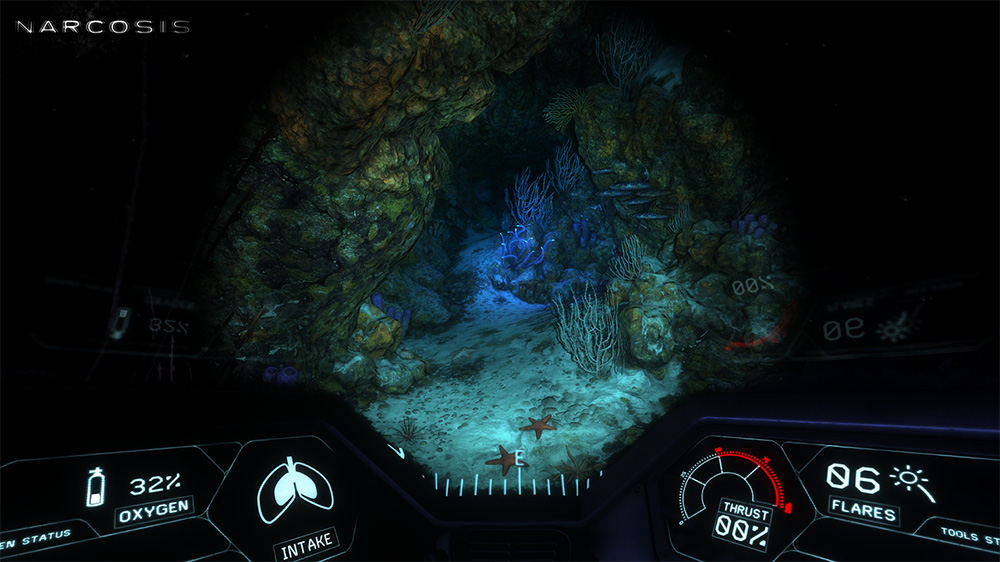 Sometimes the real world can help create the virtual. In Narcosis, you’re virtually placed in a diving suit at the bottom of the ocean floor. Developers at Honor Code, Inc discovered the feeling of being a “tiny, flesh and blood being, cooped up in a tin can” was enhanced by the physical act of wearing a confining headset. “The very act of strapping the headset over [the player’s] eyes and ears helped establish the sensation of being inside a heavy, confining dive suit, with its constrictive view out into the world,” explains Chen. “Psychologically, they were already half-way there.”

Convincing someone that they are somewhere else is a key part of virtual reality experiences. With that established, the real horror can begin.

Fear is heightened when you know – just know – that something frightening is about to happen. Anticipation is all; knowing something is coming, but not knowing when, makes adrenalin rush, hearts pound and spines tingle.

Often in movies, that sense of anticipation is released in a single jolt as the killer attacks, the monster manifests or something else frightening. If done right, an entire audience can literally leap in surprise: a jump scare.

You might think given the intensity of a VR experience that ‘jump scares’ would be an immediate go-to for developers, but those we talked to didn’t want to use them – or at least, not overuse them.

“Jump scares are a one-trick pony,” says Niklas Persson, co-founder of Zenz VR, who created HordeZ. “We believe in overwhelming your senses, trying to immerse the player.” 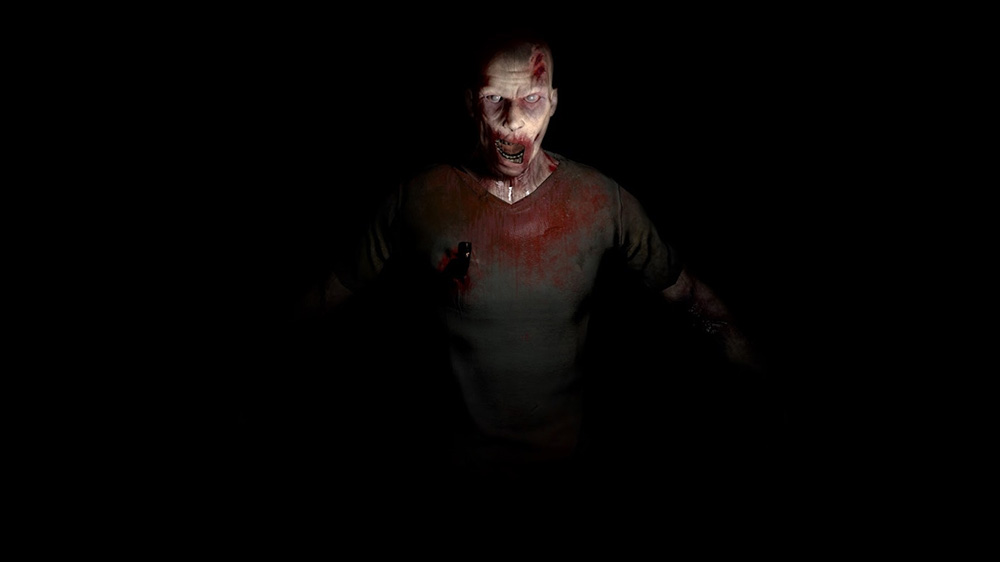 “A jump scare usually is always a cathartic event,” explains Michael Hegemann, developer of Obscura. “They are definitely a big part of horror, but the true fear usually comes from the build-up and the fear of the unknown.” In Obscura, you face “an invisible adversary… you never know what is around you.” As Hegemann points out, “when you leave VR, you take this feeling with you” of being watched by an invisible force.

Having that feeling is arguably much more effective than short-term adrenalin bursts, and that’s a conscious decision by some developers. “Albino Lullaby specifically leaves jump scares and gore at the door in favor of a more lasting and personal psychological horror,” says Justin Pappas. “We want players to feel confident that things aren’t going to pop out at them. We want players focused on the game world’s details and the horrors hidden within, not racing through our environments on a rail from one adrenalin burst to the next.”

David Chen admits jump scares are “a remarkably effective tool,” but Narcosis aimed to create “a captivating story, enhanced by this haunting [undersea] environment that’s both familiar and at the same time totally alien.”

From research, Honor Code, Inc confirmed a theory about jump scares. “One player might find them incredibly effective, even over and over again,” says Chen. “Another player might see them coming from a mile away.” This guided their decision to make their experience more “subtle and thought-provoking”, relying on the environment to create a sense of claustrophobic fear. “You’re surrounded by an ocean’s worth of dark water, and the pressure – literally and psychologically – is constant, coming in from all sides.”

If jump scares aren’t the be-all and end-all of scaring people, what methods can be employed to ensure players get their quota of shocks? What can really scare people in VR?

METHODS IN THE MOUTH OF MADNESS

In AFFECTED: The Manor, developer ApeLaw relied “on creating an atmosphere of tension” that they can “tweak and twist depending on how we want the player to react”.

Sounds ominous, right? Like you are a pawn, surviving only at the whims of the developer. Well, you are. You may feel you have control in room-scale VR – you can move where you want, look where you want – but that freedom is an illusion.

For example, in Albino Lullaby, the rooms surrounding you “can transform, twist, open up and flip around at the press of a button,” explains Justin Pappas. “Seeing the nature of the space that surrounds you change in all encompassing, real world scale can be awe inspiring and very disorienting… making the player never feel truly secure.”

The developers of AFFECTED have similar tricks. “We play with the feeling of height, of confinement, we encroach on the player’s personal space,” explains Mark Paul. “These are all very powerful sensations that we can only do because we develop in VR.” 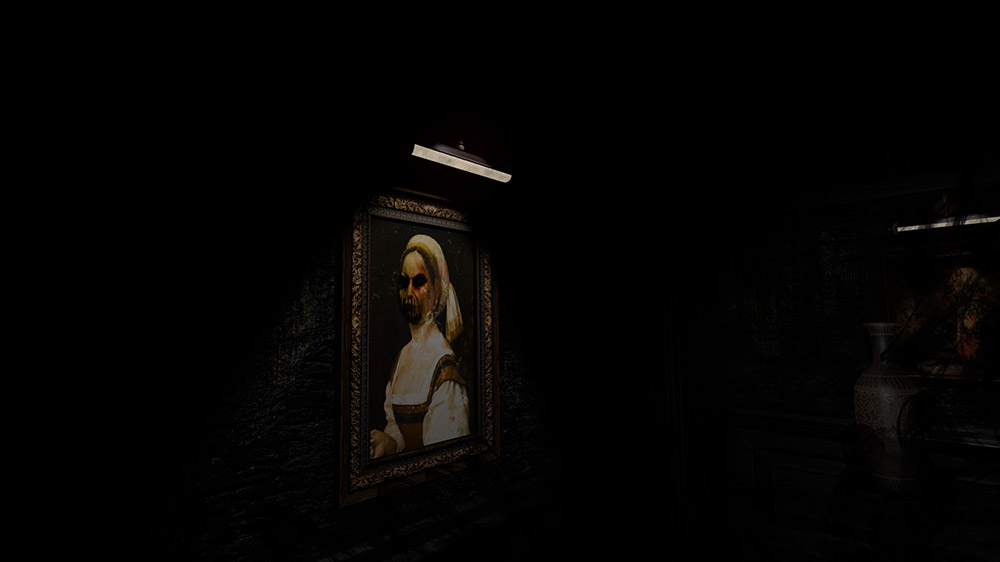 Those aren’t all the tricks available. HordeZ developer Niklas Persson explains how they make zombies more of a threat in VR: “We use sound and lighting extensively to create a sense of dread and horror as you hear the footsteps of the dead and watch their shadows loom closer.” You might think you would get used to those audio cues, but no. “Some of the monsters make less noise than the others, and therefore when you turn around there can be a zombie groping at your throat when you least expect it!”

Using audio is a common theme in developing horror titles. “Audio is a crucial part in any horror experience,” Mark Paul explains. “Being able to control it using spatialized sounds is a fundamental function of VR… audio is fifty percent of the experience for us, coupled with very specific lighting direction.”

Sometimes what is left out increases fear in the player. For Obscura, Michael Hegemann explains “any kind of gameplay mechanics” were removed wherever possible, allowing you to “really sink yourself into the environment without worrying about anything else than your fear.”

In Albino Lullaby tapping into a player’s own fears and using them against them is one of their methods. “We give players just enough info to know they are in danger, but not enough to know exactly what kind of danger they are in,” explains Justin Pappas. “People tend to fill in the blanks with their own phobias and nightmares. We provide food for thought, to get your imagination going.” 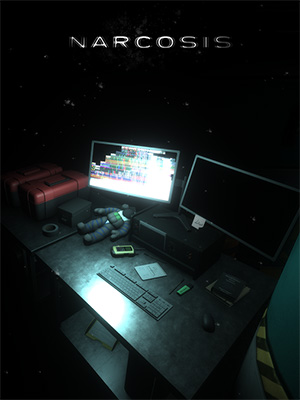 Narcosis aims to fully immerse players in the depths of the ocean (pun entirely intended). To make this scenario feel as real as possible, the team closely modeled their levels on ocean floors and deep sea habitats. These habitats “feel familiar and contemporary, and are littered with touches of life that make it feel like a real place,” David Chen explained. While you might think a strange, unsettling environment would allow for a better horror scenario, Narcosis proves anywhere can be scary. “We wanted to steer clear of any sort of haunted house or derelict hospital vibe,” Chen added. “Instead, we wanted it to look and feel like a fairly pleasant, almost mundane place — that just happens to have been recently overrun by the ocean.”

Able to manipulate the virtual world around you, using audio and lighting cues in high definition environments that feel real, VR developers are on the cutting edge of player experiences – and horror titles push that edge further. However, there are always improvements to be made, technologies that will advance. Staring into our crystal ball – what does the future hold for horror in VR?

THE WORLD OF TOMORROW

“Horror has always pushed the boundaries of entertainment, especially in the last 10-20 years,” says Michael Hegemann (Obscura). “I think that the key for VR horror in the future is about making things very personal, especially with realistic characters and AI. This is something VR can enhance in a way that is totally impossible to do elsewhere.”

Alternatively, HordeZ developer Niklas Persson says “We should explore the possibilities of slow horror, like knowing something is watching you, but not really knowing when or what will happen.”

Regardless of how horror developers choose to scare you in the future, one thing they could agree on was noted by Persson: “Headsets need to get to the next generation, to the point where we are truly one with the game. Only then can we probably start to understand what real horror is all about.”

Maybe we should all be worried about when that day will come.

AFFECTED: The Manor, Albino Lullaby, HordeZ, Obscura and Narcosis are all available on Viveport, or in Viveport Subscription.