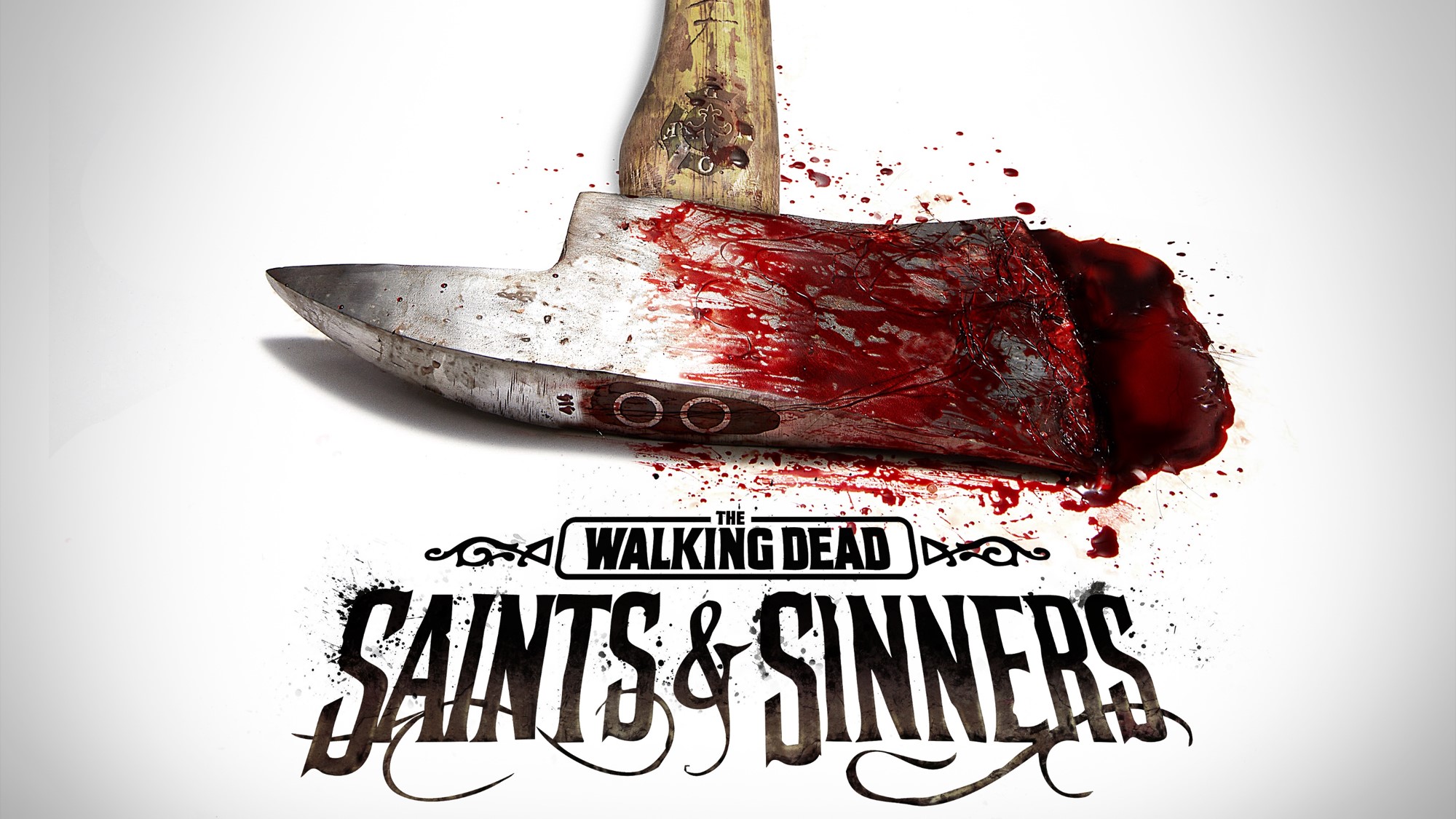 Recently nominated for Best VR/AR Game of the year by The Game Awards, The Walking Dead: Saints & Sinners, by Skydance Interactive, has solidified its place as one of the premiere titles all VR owners must try. The Walking Dead: Saints & Sinners takes you to a flooded New Orleans teeming with walkers and living enemies of warring factions. To survive, you’ll explore the nooks and crannies of the Big Easy to uncover secrets, scavenge artifacts and craft weapons all while you take on the herds of walkers.

To equip you with the knowledge you need to survive your time in NOLA, we asked Chris Busse, head of Skydance Interactive to share some tips and tricks with us:

Saints & Sinners has been overwhelmingly positive, what do you think sets it apart from the many other zombie VR titles out there today?

The Walking Dead: Saints & Sinners is a mashup of the horror, survival and action genres and one of the most fully-realized VR games available. This is definitely not your standard VR zombie shooter.

We’ve leaned into the game’s narrative and the human elements that make The Walking Dead as popular as it is. Player choice is crucial in this game, which really adds a lot of dimension for a VR game. Not only will players have to figure out how to survive, but actions they take in the game or who they choose to align with will have a consequence on how the story plays out. This approach not only immerses the player in the experience, but enables them to live The Walking Dead.

Our team worked hard to deliver on the gameplay mechanics as well. We’ve developed what we think to be some of the best melee combat in VR to-date with advanced physics that makes every swing of an axe just like the real thing. When you combine that with the large, open world we’ve built, it really allows players to explore different sandbox levels as they choose to. 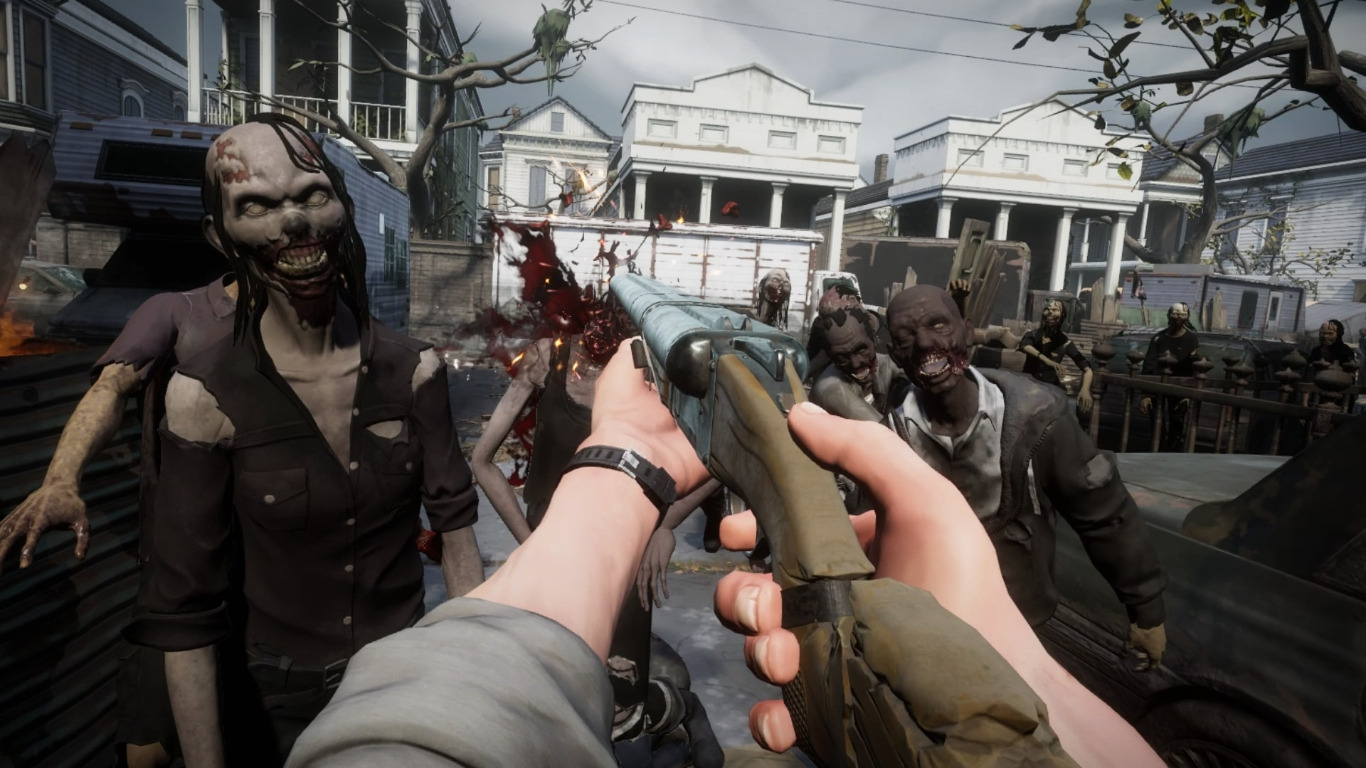 The game is so engaging and all-consuming once you’re in it, what were some of the elements you focused on to achieve this level of immersion?

The sensory experience of VR is so much more potent, so the horror elements feel real in a way it never has before. Given players are fully immersed in the experience, there is a sense of vulnerability in a survival-horror game like The Walking Dead: Saints & Sinners, and we worked hard to enhance the experience to offer this kind of physiological response to terror you can’t get from a 2D game. Tension is maintained through real threats, scare materials and the need to manage them. The physicality of interacting in VR and The Walking Dead specifically delivers a sense of dread in a rich way; players will need to physically nudge doors open to peek inside a dark room, manually reload their revolver in panic as walkers close in, get close to a walker to grab its head and jab their short shiv through its eye, and then have to yank it free with real force to get it back.

We also wanted to provide a 3D audio experience that delivered that impact as well. When you’re in the game, you can hear every little creak in the floorboard or even the groans of a walker down the hall in a dark house. Players actually do have to listen closely as they explore the world around them, and stay on their toes! It’s almost nerve-racking. 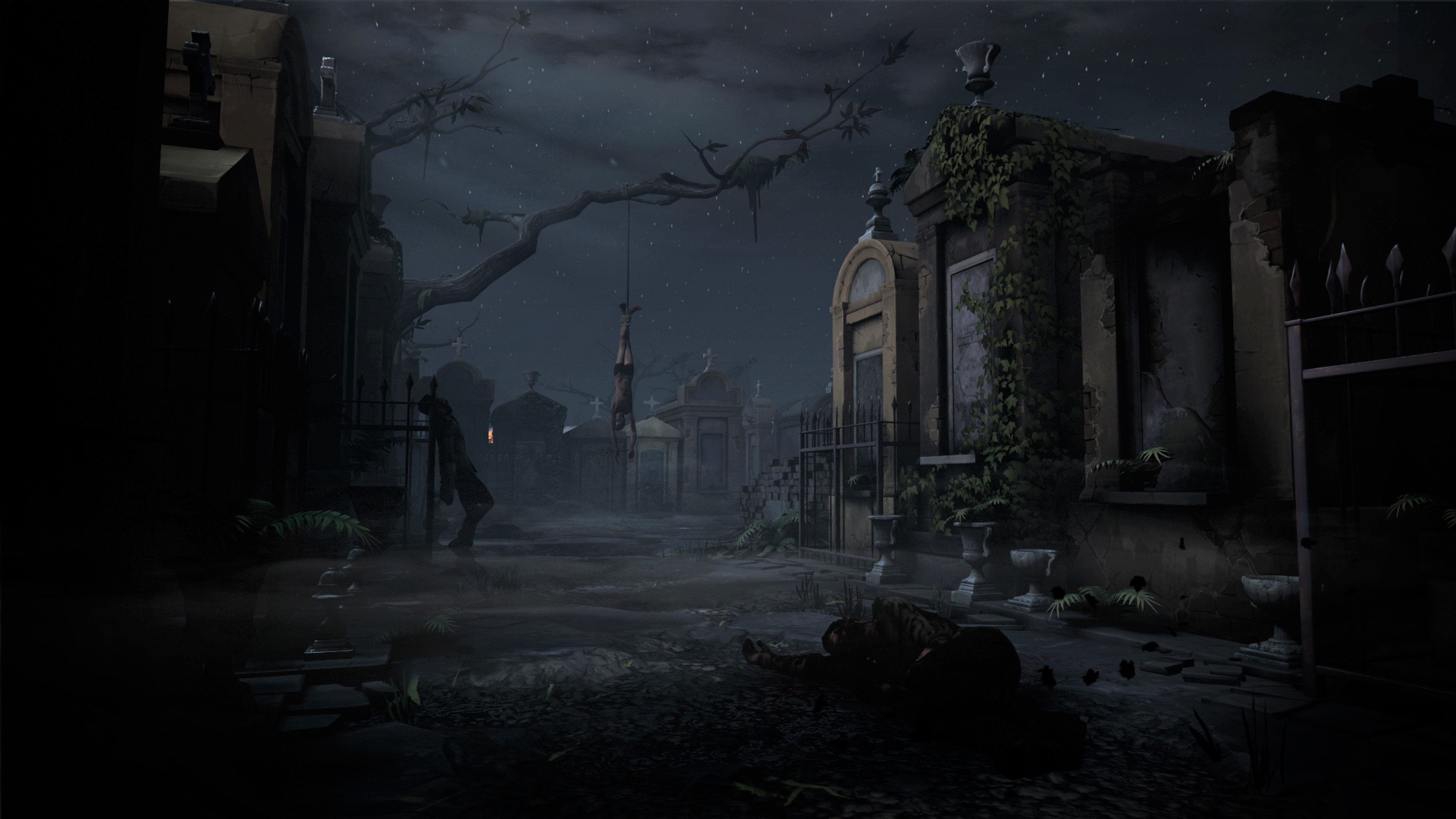 Why did you build this game specifically for VR?

At Skydance Interactive, we’ve always been excited to challenge ourselves and invent new and innovative experiences. We’ve worked in the VR space for several years now, and it’s the perfect medium to push the boundaries of what’s possible with gaming and technology. We were also very excited to bring a fully-realized robust game to VR and saw The Walking Dead: Saints & Sinners as a perfect way to do it – given the visceral experience VR offers for games, and specifically for The Walking Dead, the ability to bring the emotional side of VR presence for players to experience the dramatic moments the franchise is known for, up close and personal.

Are there any easter eggs or references in plain sight that most players may have missed their first time playing?

There are so many! We don’t want to give them all away, but here are a few to keep an eye out for: 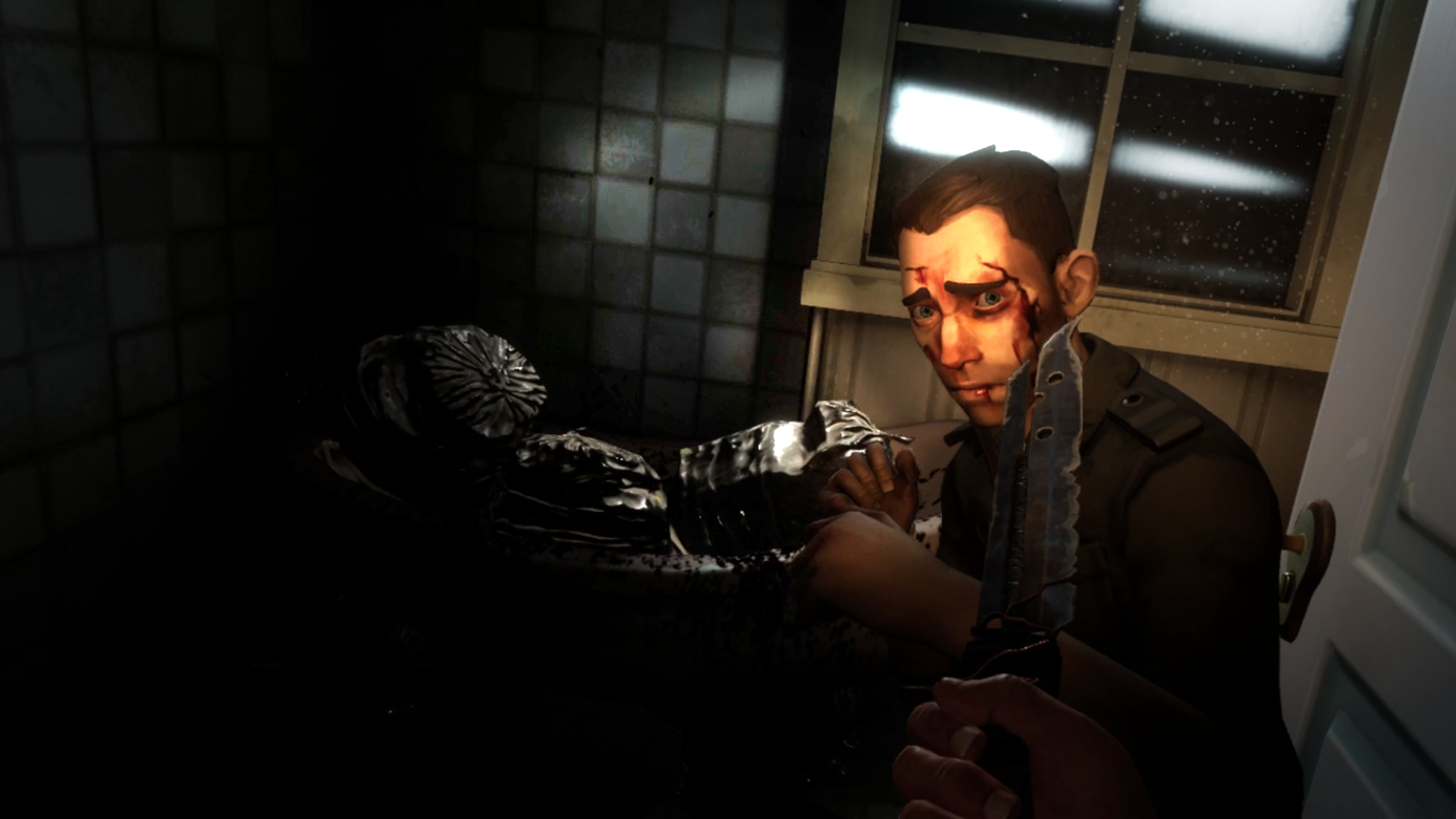 Now let’s get into some tips & tricks, what materials should players lookout for the most when just starting? Does this change as they progress through the game?

As a survival game, crafting is crucial to the experience, so we encourage players to craft to their heart’s content. There are a plethora of seemingly basic objects in every map, which can create some pretty intimidating weaponry. The key is to loot everything for more supplies to ensure your base camp is fully stocked. Do your best to make sure you’re returning to camp with a full pack every time. As you get used to a full pack, the limits of your pack will mean making choices of what to take back and what to leave behind.

What resources you should specifically focus on first really depends on what part of gameplay appeals to you most. There are three different workbenches at your home base, each one focusing on Survival, Gear, and Firearms respectively. If there is a specific item or upgrade on one of the benches you want to get as soon as you can, focusing on finding whatever resources you need to upgrade that particular bench is key. Luckily, every item that can be crafted or upgraded will tell you the exact resources necessary, so keep that in mind while you’re scavenging and things should work out in your favor.

Oh, and always look out for medicine, that’s always useful! 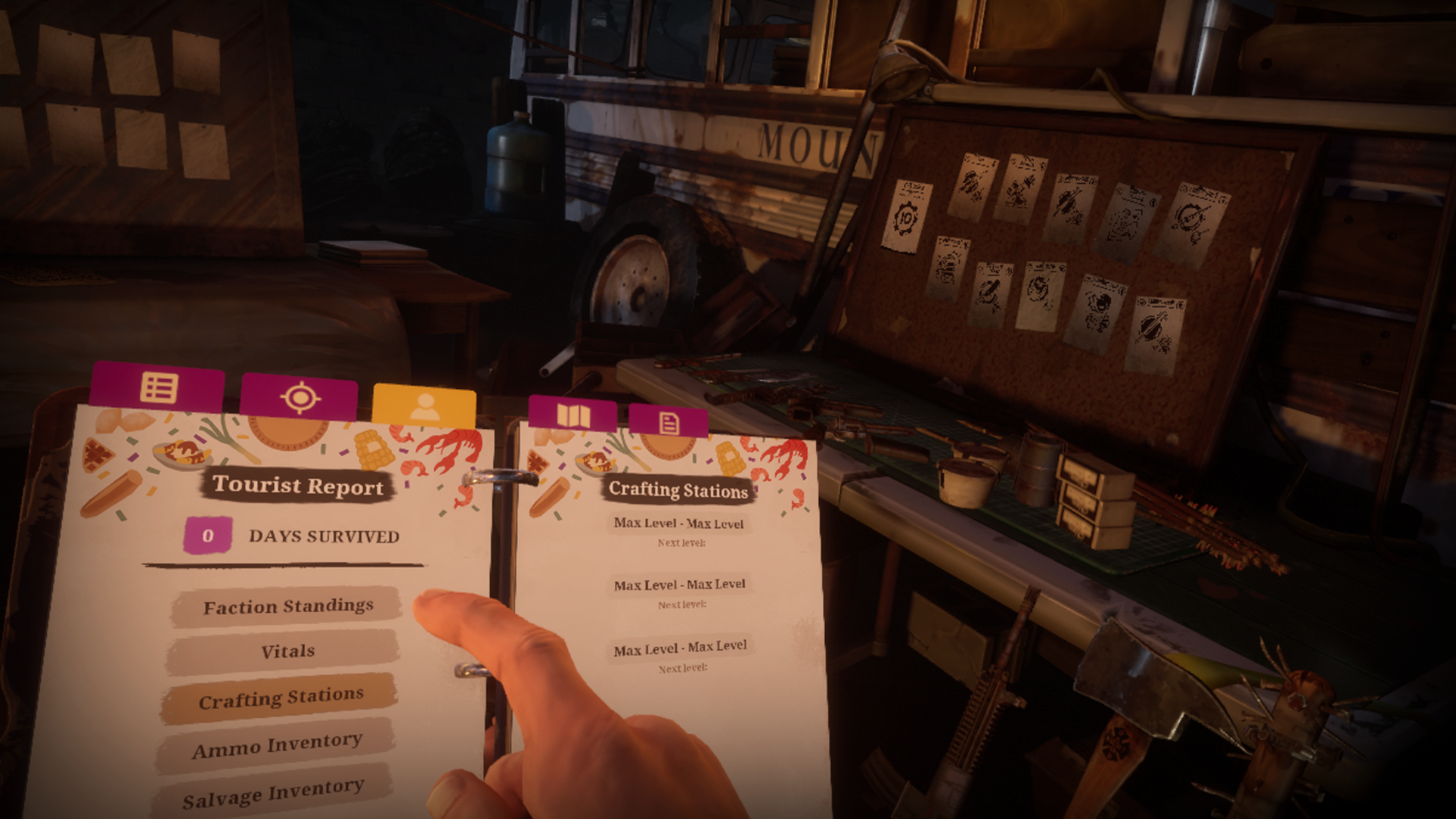 On the same note, any suggestions on how players can maximize their efficiency with their item management to unlock upgrades faster?

On your first few trips through New Orleans, or even once you’re back at your home base with a random assortment of loot, take the time to really study each item you’ve found and what base components make it up. You might have a good idea of what an item contains from a glance (foods are going to have sugar or fiber, toys might have screws and bolts, etc) but how much of those resources those items contain compared to one another can vary drastically. Figure out which items out in the world are abundant in a particular resource and soon enough you’ll be able to quickly pick and choose what items to take back with you and what you can leave behind if you’re running out of backpack space. That sort of methodical survivalist mindset will get you far in the game. 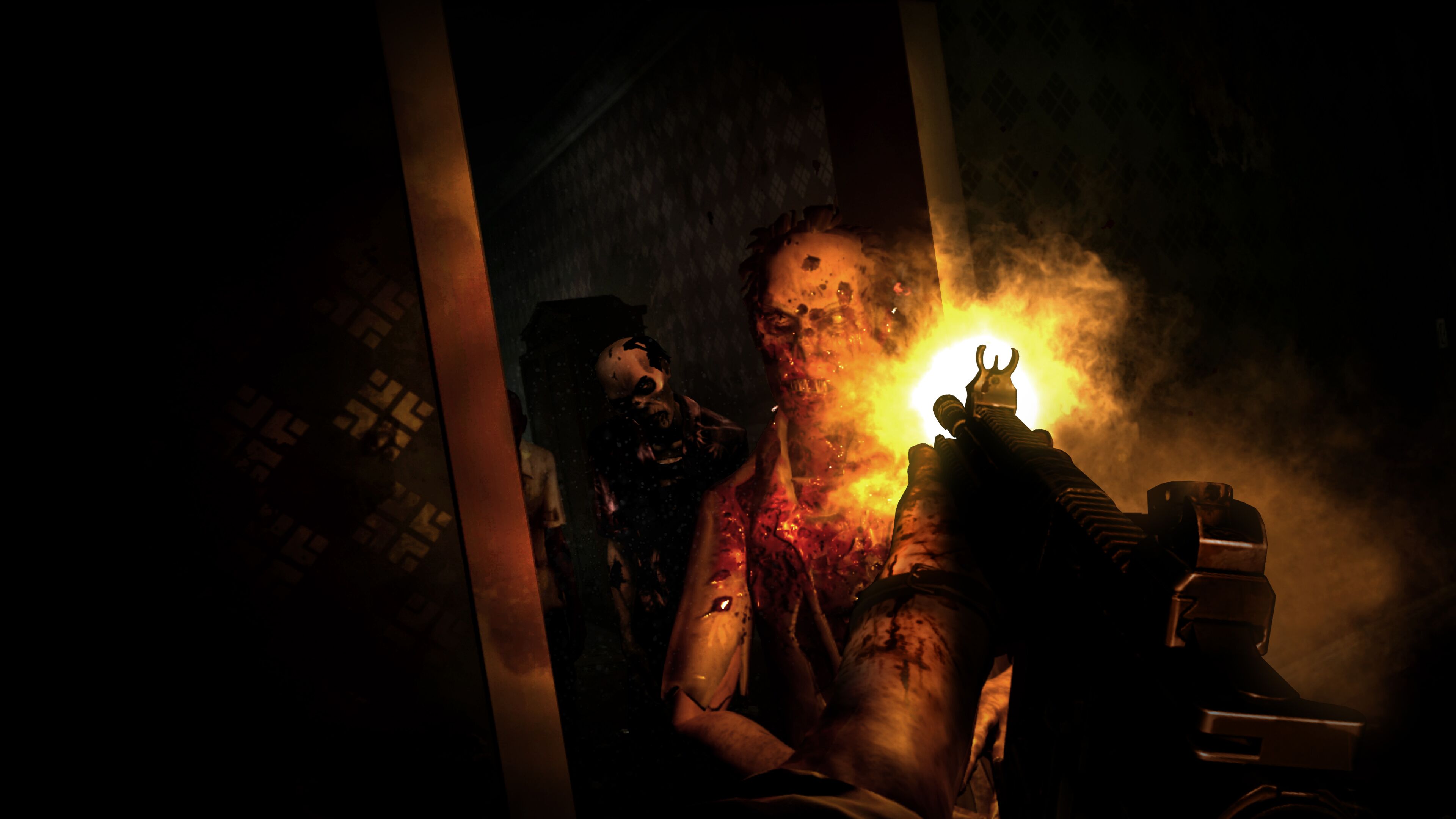 We’ve found the Rampart map to be one of the trickiest to master due to its size and setting, what are some key tips players can keep in mind while tackling the map?

The Rampart map is for sure an intimidating map to tackle. One of the best ways to handle it for the first time is to keep your mind focused on a singular task. That task might be a literal mission or just a goal to explore a singular area of the map, but as long as you initially focus on that one goal and don’t get too distracted, you should be less intimidated overall. You can more freely explore (and get lost in) Rampart once you’ve gotten your initial bearings.

A big thing that gets first time players stuck is the fact that many of the doors throughout the map are locked initially. There is always an opening somewhere, however, so keep your eyes peeled. It may be a back entrance, a boarded-up pathway, or even a wall that has to be climbed. Opening those locked doors from the other side will save you a lot of time in future trips.

Finally, always be aware of those doors you’re passing by. Rampart can fill up with a ton of walkers even without taking the bells into consideration, and that means you can get easily overwhelmed. Close doors behind you for that extra few seconds of protection, but also be wary of any new doors you come across. You never know when a walker might break down the door and catch you by surprise. 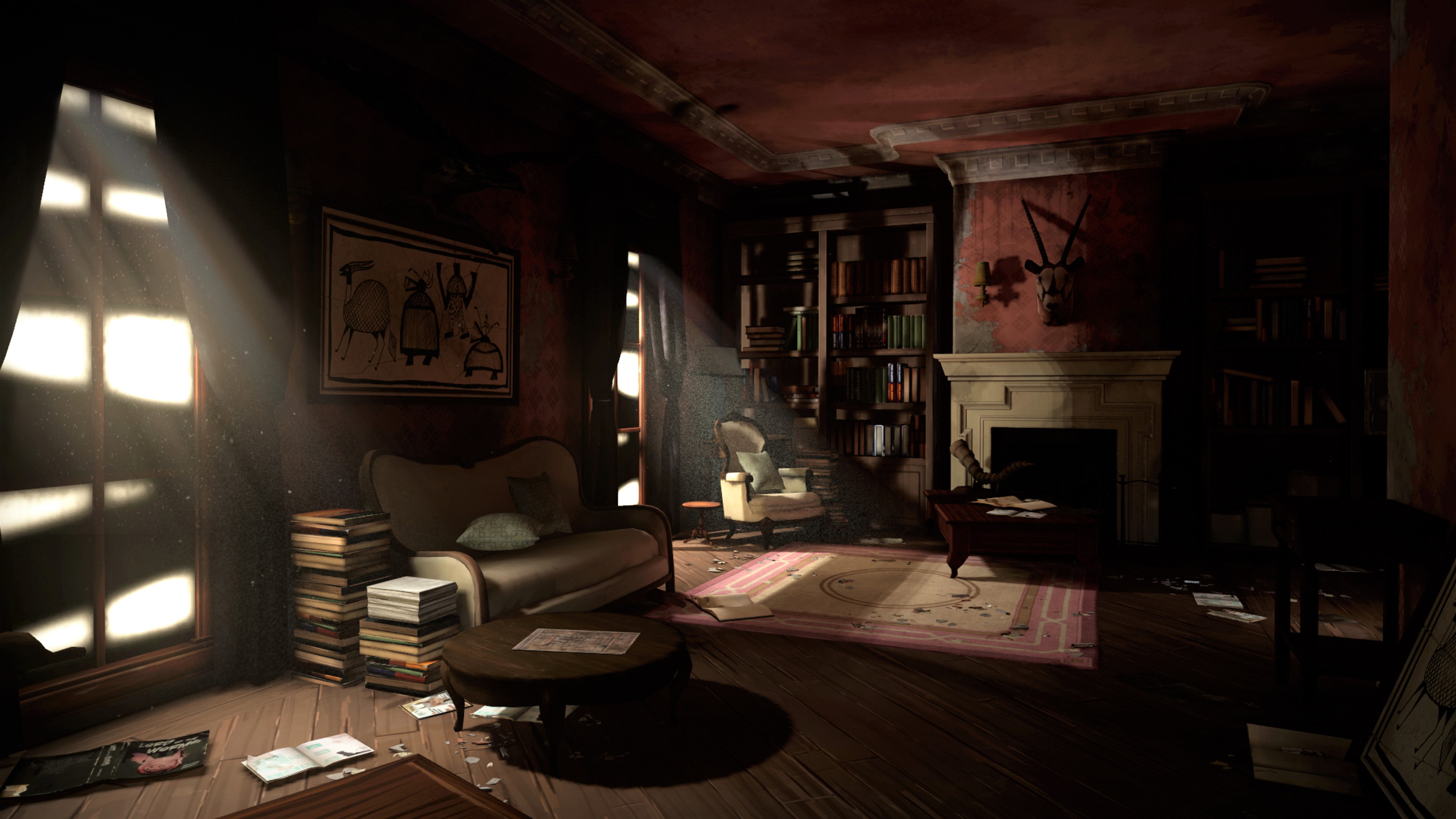 What’s coming next for The Walking Dead: Saints & Sinners and Skydance? Any updates players can look forward to?

It’s been a big year for The Walking Dead: Saints & Sinners, and we’re excited to create even more awesome content for the game. We can’t share anything yet, but there’s definitely more news to come so stay tuned!