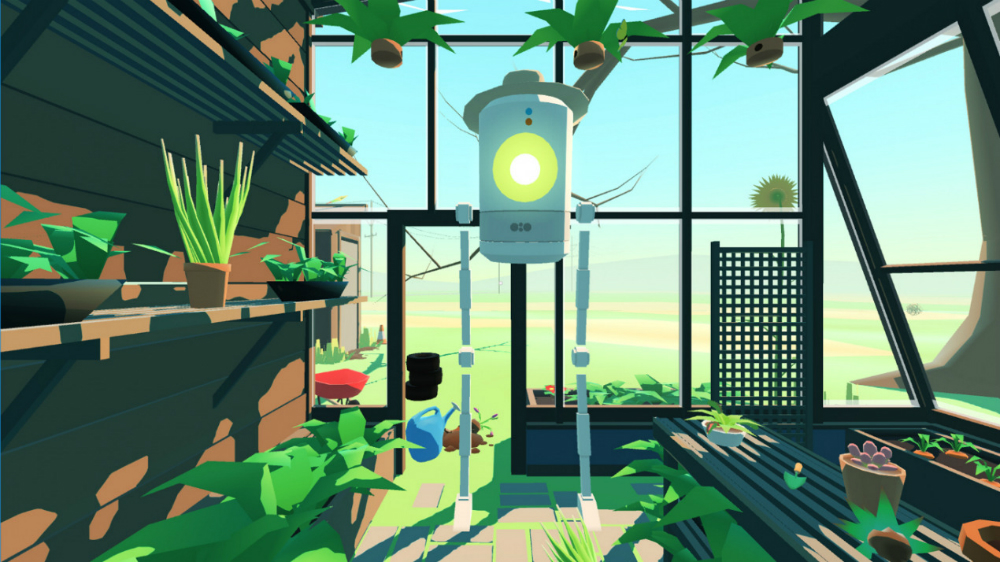 In the bizarrely funny and surreal experience Virtual Virtual Reality, on sale this weekend for Viveport users and Viveport Subscription members, players explore a series of dreamlike digital worlds in a future where society is dominated by advanced AI. Things seem serene and wholesome at first glance, but all is not as it seems outside the confines of your headset. We had a chat with the Tanya Soto at developer Tender Claws to hear how their cerebral VR odyssey came to be.

Tell us a bit about yourself and the crew at Tender Claws.

Tender Claws is an award-winning game company located in Los Angeles, California that creates experiences at the intersection of art, games, and technology. Our team includes directors, writers, designers, and coders that collaborate to blur the boundaries of design, publishing, cinema, installation and virtual reality. We are committed to a reciprocal creative process: one that requires deep attention to content and careful consideration of the affordances of a technology.

What inspired the bizarre and colorful experience Virtual Virtual Reality?

We’ve actually been working in VR for quite some time. For instance, Game Lead Samantha Gorman worked on art and writing projects in a CAVE Automated Virtual Environment since 2002. Due to our experience in the medium before its current resurgence, we wanted to create a project that was both love letter to and satire on the hope and hype of VR. 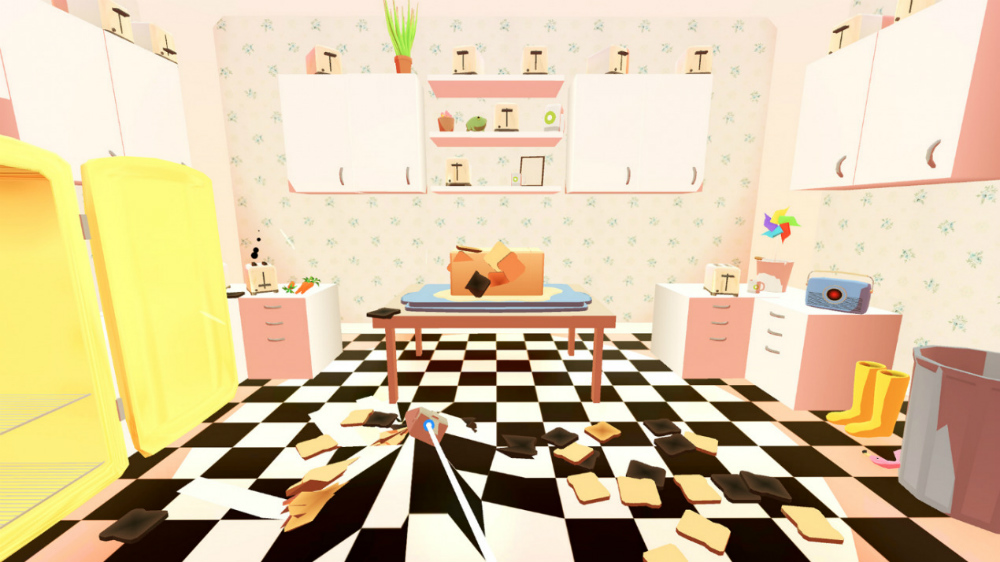 VVR starts off very colorful and silly, but slowly a sinister undertone begins to reveal itself. Talk a bit about how this concept came to be?

VVR touches on several contemporary concepts in technological development besides VR, including our relationship to AI, the digital gig economy, and mind uploading. There is a lot of really cool promise in these technologies and approaches and ways they could enhance the future. At the same time, there are also things we should be cautious about and the possibility for darker issues to emerge. In celebrating the efficiency of these technologies, VVR would not be as dynamic if it didn’t address the darker themes and undercurrents.

Virtual Virtual Reality seems to be very satirical towards silicon valley culture, with many of Activitude’s quirks and behavior seeming straight out of a CEO keynote.

Yeah, we looked at a lot of keynotes for inspiration. Many of the characters are uploads of former human CEOs and tech executives. . .  who have morphed into AI Managers unsure of whether they’d rather be loved or feared, trying to have it all. 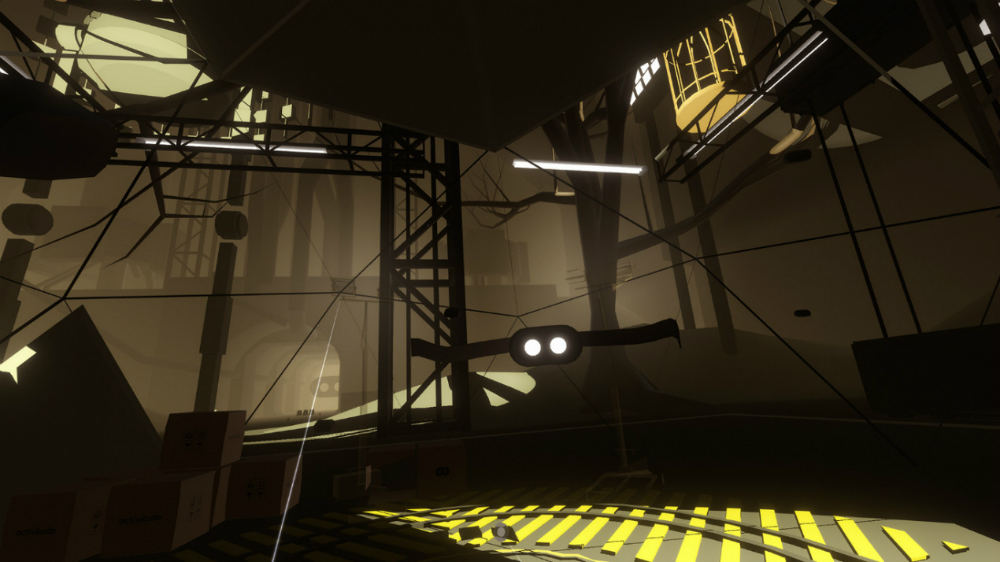 VVR sends players hopping through a variety of virtual worlds during their time with Activitude. Were there any environments or set pieces you wanted to include in the final version that just didn’t quite find a place?

I think one thing we’re good at is collaging together different bits and pieces.  Being a small team, we end up having to be resourceful. I don’t think there was much of anything that we made that went unused in someway or another.  The greenhouse from VVR actually came from another prototype we were working on that was a kind of murder mystery with a plant-devouring possum.

VVR is pretty trippy and surreal, with a lot going on in each environment to interact with. Are there any hidden easter eggs or secrets hidden in Virtual Virtual Reality that players haven’t discovered so far?

People seem pretty good at finding things, though there are a few moments we wonder if people ever see. One of these times rewards the player’s obstinance. If the player never teleports during the tutorial and doesn’t play along, we wrote an extremely long fail case where Chaz goes on a rant and even employs various strategies (like the creative visualization) to get the player to teleport.  It probably almost never plays because you only have to hit a single button to skip ahead, but for really stubborn players that don’t want to go along, Chaz goes off on a whole spiel about lava and the realm of the imagination. 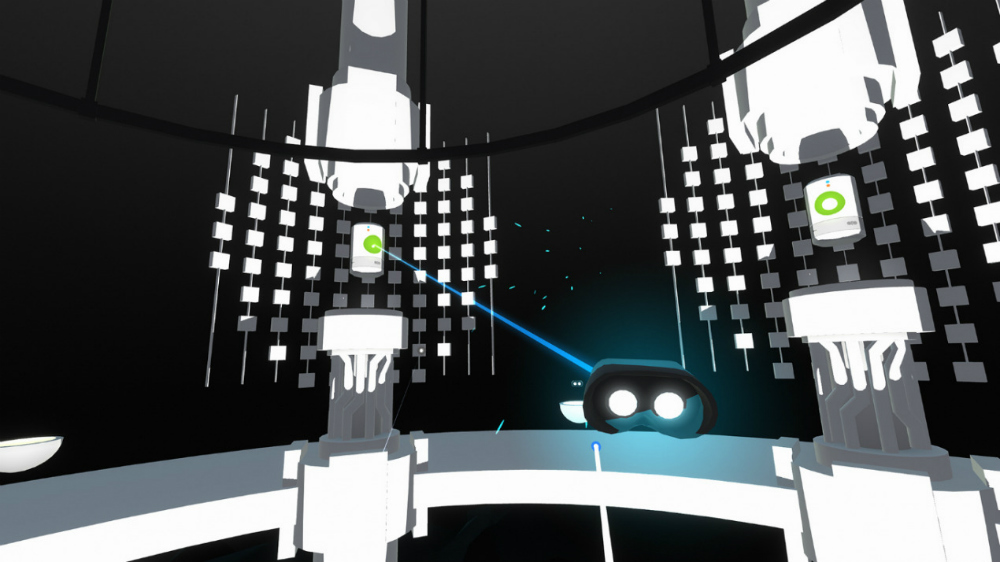 What happened to the artichoke to make it so upset? Its screams are more than a little upsetting.

His name is Hernandez. He gets cranky without his vitamin supplements.

What’s next for Tender Claws?

We have a couple new projects in the works!  A virtual pet fish app that feeds on your emotions and the emotions of your friends. We’re also at the early stages of exploring the intersection of immersive theater and social experiences in VR.

Sounds exciting! Can’t wait to see what you and the team come up with next. Thanks for speaking to us!

Virtual Virtual Reality is on sale this weekend on Viveport, and Viveport Subscription members save 60% off