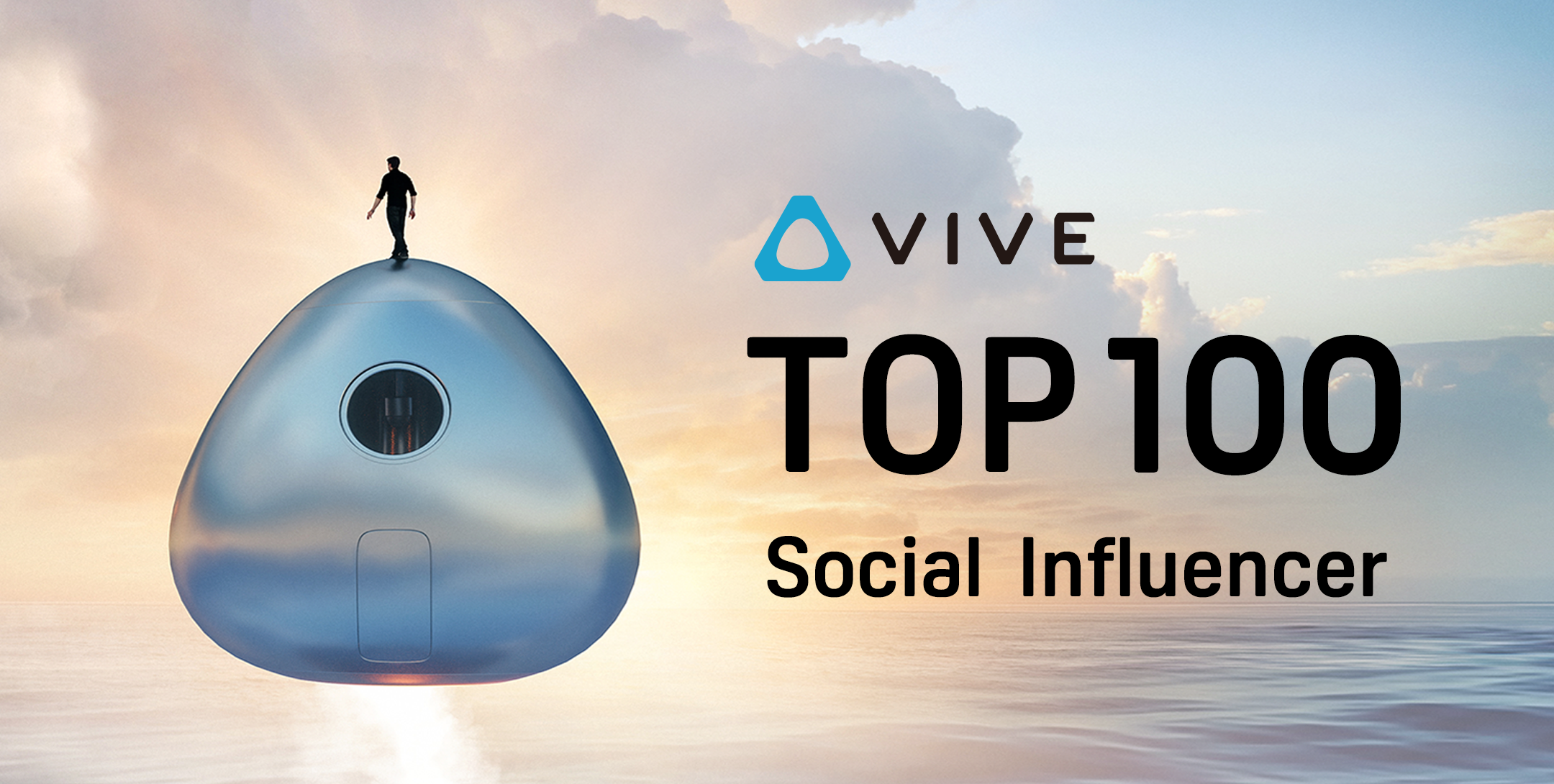 SEATTLE, 8 April, 2021-HTC VIVE®, the global leader in premium virtual reality, today unveiled its list of 2021’s top 100 VR Social influencers from around the world who are leading the evolution of the VR industry, from gaming enthusiasts to product reviewers, and designers to technology industry commentators.

The influencers named on HTC VIVE’s list were ranked according to several factors including reach, levels of engagement, and how much of their content is dedicated to VR. Additional recognition was awarded to influencers who have a voice in mainstream media, such as Forbes.

Number one on the list is duo Jonathan Nafarrete and Malia Probst, founders of VRScout. This LA-based start-up has grown to become the world’s leading immersive media network, with a reach of over 250 million people. Also on the list, in position 100, is SweViver, a Swedish VR enthusiast who shares gameplay, reviews, tutorials and VR content with his 39.2K YouTube subscribers.

Cher Wang, CEO and Chairwoman of HTC VIVE, said: “As a pioneer of mainstream VR, we have seen first-hand the exponential progress of the VR ecosystem. Through their online presence, these influencers are inspiring, informing, and educating others. They are the leading voices growing awareness and shaping the evolution of virtual reality. Their commitment to VR is key to the growth of a technology that is transforming the way we learn, work and play – they are contributing to the advancement of humankind.”

The top 100 are influencing across multiple platforms, including BiliBili, TikTok and Twitch. HTC VIVE’s ranking metrics take all languages into account, and the list shows that VR conversations have a fairly even geographic spread, with individuals from 23 markets making the top 100. HTC VIVE’s research indicates that YouTube is the preferred primary platform of many VR influencers.

Yu-kai Chou, Head of Digital Commerce at HTC VIVE, said: “It’s exciting to see that these influencers are spread around the world; it shows that the popularity of VR is increasing everywhere, not just in certain markets. These ones-to-watch are helping to propel VR from a relatively niche technology towards a future where we can imagine a VR headset in every household, workplace and classroom, while inspiring others by sharing their knowledge and insights. Anyone who is interested in VR should be listening to these voices.”