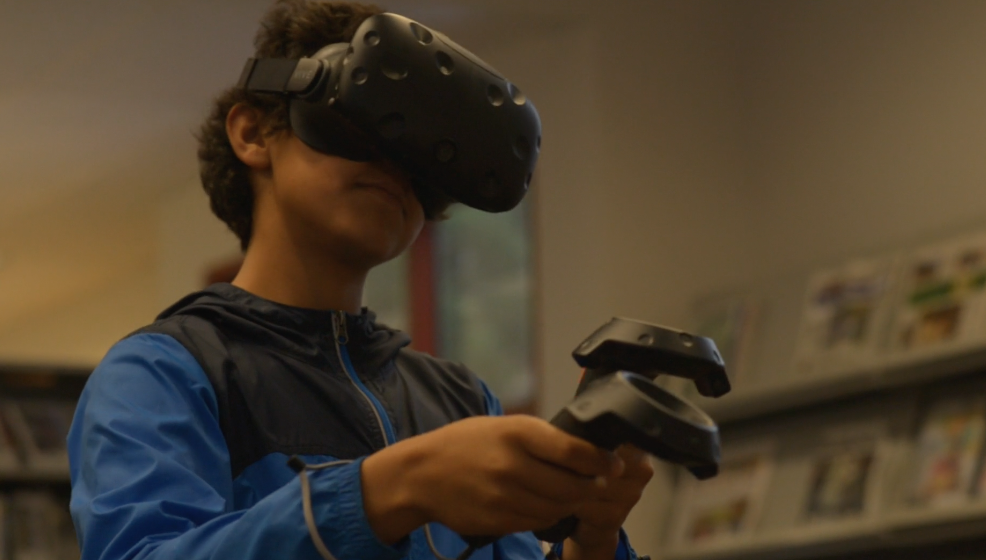 When I was a kid, I spent many an hour visiting the local public library.  It offered a very cool tropical aquarium, the occasional puppet show, and of course access to a treasure trove of books – all for free!  The one thing that resonated the most though, was the library as a gateway to infinite untold adventures, limited only by imagination – a place to learn, discover, and explore virtually anything.

Fast forward a few decades later and the 21st century library has evolved. Instead of card catalogs, banks of computers pipe broadband access to all the wonders of the Internet. I can start a 3-D print job and roam freely with a checked-out laptop and Wi-Fi hotspot.  And now, I can visit a local library and once again enter that gateway to infinite untold adventures simply by putting on an HTC Vive – and of course, all for free!

Announcing the Vive Libraries Program — a partnership starting with the states of California and Nevada to bring premium VR to local communities in over 110 libraries!  In California, Vive has generously donated 100 Vive headsets to public libraries across the state to bring VR to more people than ever before.  I’m especially excited that VR is entering communities that traditionally have had social, economic, or other access barriers.  What better way to democratize access to VR for all than having it free at your local library?

“This generous contribution by Vive is helping bring a virtual world of adventure and learning to communities across California.  As more virtual reality stations take root across our library system, we are seeing positive learning impacts and visitors that are genuinely excited about technology and education.”

For content, Vive Studios has carefully developed, published or curated over 35 of the most immersive educational and experiential VR apps, to be rolled out and expanded over the coming weeks ahead and powered by Viveport.  Visit the Berlin Wall, the International Space Station, or Tokyo?  Check!  Swim with sharks, dissect them, or virtually build and then 3-D print one?  Easy!  Enter Van Gogh’s paintings, the human heart, or a relaxed state as you meditate in VR?  Done!  These amazing experiences span the best of Arts & Culture, Creativity, Design, History, STEM, Travel, and Wellness.

As a child, I spent countless hours reading books at the local library.  As a parent, I’m excited for the whole family to experience the wonder and excitement of VR for themselves and embark on new adventures at the local library.  As the Vive Libraries Program expands to more communities, states, and countries around the world, I’m hopeful that every person can share in the promise of VR to learn, discover, and explore.

The Night Cafe: A VR Tribute to Van Gogh

The Physiology of the Eye