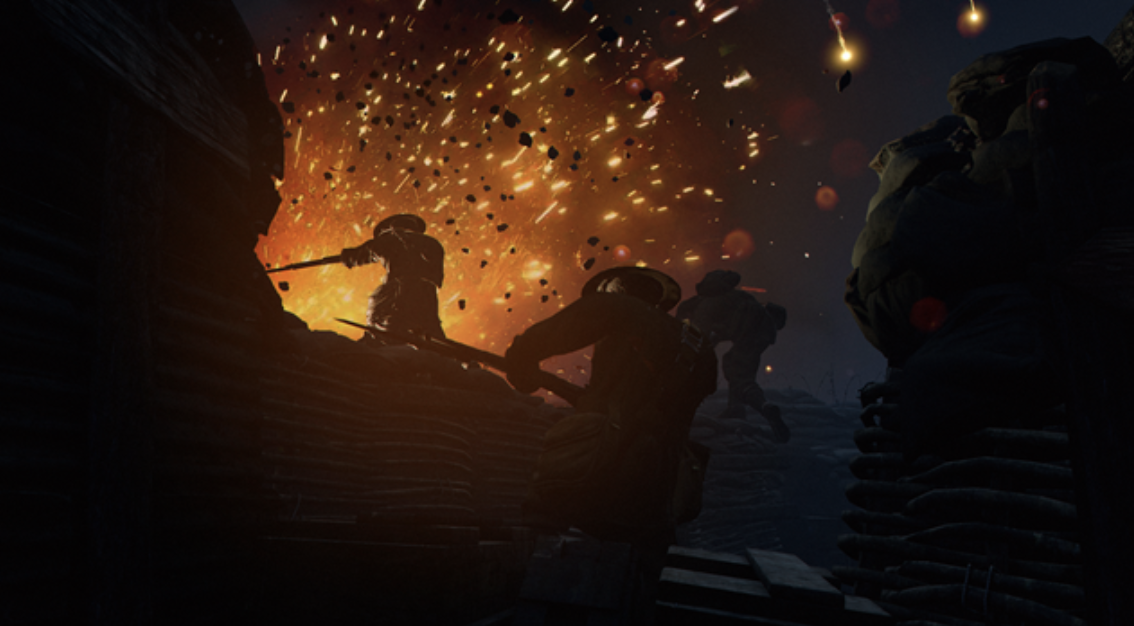 War Remains, which premiered at the 2019 Tribeca Film Festival and later opened for a limited run in Austin, Texas, is now available to experience at home, including on HTC VIVE. War Remains transports viewers to one of history’s bloodiest battlefields: The Western Front of the First World War. We interview Ethan Stearns of MWM Interactive and Alessandro Kitchener of Flight School Studio on how they created this audacious and unforgettable undertaking. 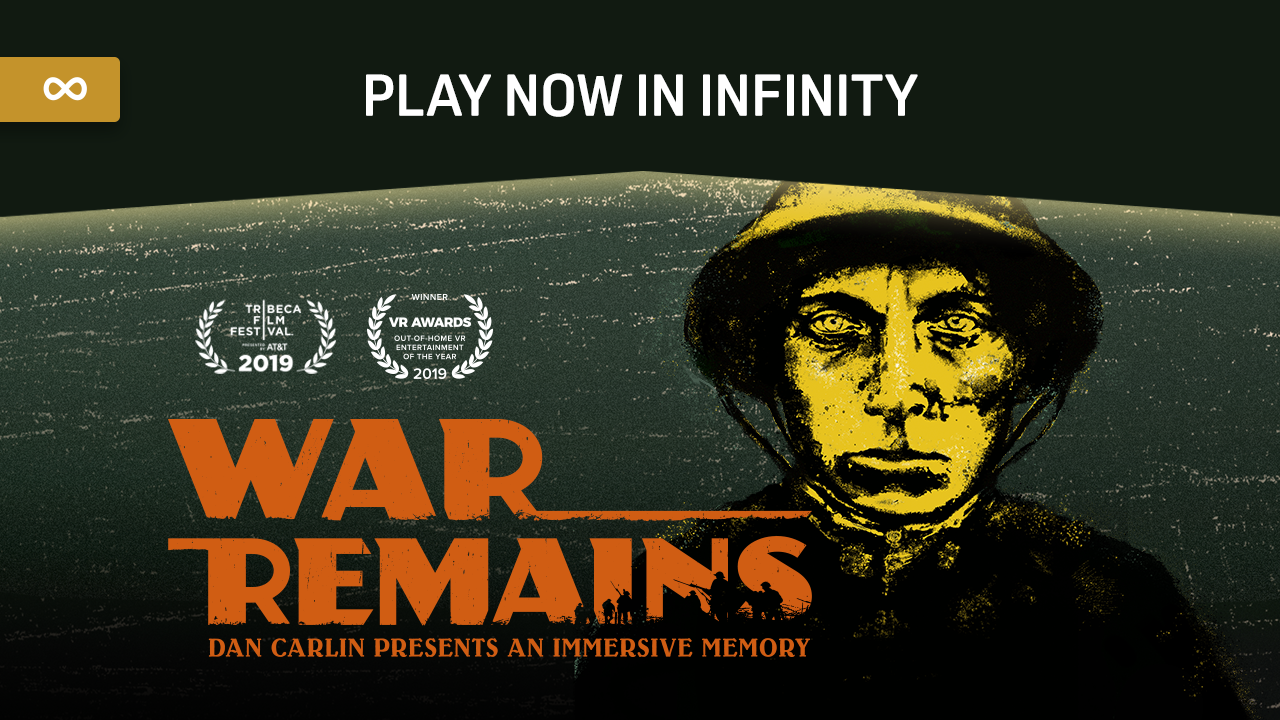 Each time you put on a VR headset, you are transported to another world. What if you were able to go back in time and experience a moment in history?

Now available on HTC VIVE, “War Remains” is what creators call an “immersive memory.” Podcast legend Dan Carlin, MWM Interactive, and Flight School Studio have created an experience that lets viewers witness the Battle of Passchendaele on the Western Front of the First World War in full color and sound.

The view from the trenches in War Remains.

As educational as it is exhilarating, the piece blends Dan Carlin’s classic narrative style with moments of unfettered combat to bring audiences closer to history than ever before. 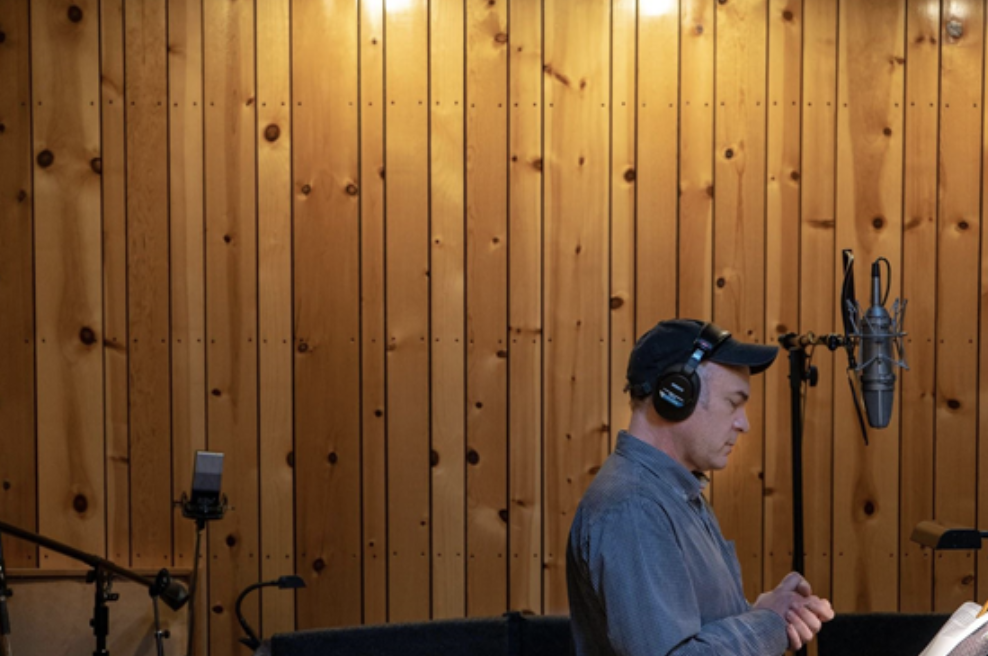 The VIVE team recently connected with Ethan Stearns of MWM Interactive and Alessandro Kitchener of Flight School Studio on how they created this audacious undertaking.

Why did you choose HTC VIVE as a platform to release War Remains?
Stearns: Our goal is to bring these experiences to as many people as possible. Viveport provides a great vehicle to distribute War Remains to the VR community around the world.

What was it like developing the visuals for this experience, and did you reference any historical source material?
Kitchener: Typically, at Flight School Studio, we design our assets from concept art that’s imagined and not truly rooted in reality. It was an interesting change in our workflow to work completely from historical references and even using Dan Carlin himself as a resource for historical accuracy.

All of our props, character designs and environment development were based on historical references to make War Remains feel as real as possible. The only aspect of the project where this wasn’t possible were certain visual effects like period-accurate mustard gas and flares, which had to be extrapolated from eye witness accounts or completely invented because the footage of it simply doesn’t exist. Without a foot solidly in reality, the experience wouldn’t work at all.

How did you design the experience so that the audience feels completely immersed?
Stearns: We set out to make an experience that engages the senses, particularly sound, so that audiences feel truly in this moment. Guided by Dan Carlin’s iconic voice, they hear the destruction and see a battle unfold right before their eyes.

VR has the power to make people feel present in a synthesized moment and bring them closer to the story. If War Remains can help people feel that moment of presence in the trenches, and if it can help them better understand what people went through in the First World War, we’ll consider ourselves successful.

Kitchener: With the goal of full immersion into a specific time and place, historical accuracy of the props and terrible conditions people experienced in these trenches was paramount. From an environment design standpoint, we strived to create the sense that you have been dropped into the middle of a lived-in trench surrounded by war immediately going on around you. Soldiers are yelling, bombs explode in every direction, guns are firing to your left, to your right, and even behind you. This sense of chaos creates a more realistic sense of these battles and makes the user feel like they are in the thick of it, rather than watching a series of scripted vignettes, directly in front of the camera.