Who doesn’t like smashing things? Well, virtually. If you’re in the mood to destroy a city with your bare hands, VRobot will let you live the dream.

Hello Oleg! To start off, tell us what your role is in making VRobot?

As CEO of Luden.io, my role lies in protecting developers and fun gameplay from boring ideas. I spend my time programming as well as building communications with media and partners like Viveport.

What’s the origin of VRobot – you created a version at a Game Jam, correct?

Yeah, that is very funny story. At Luden.io we are making games which are providing some useful knowledge to the player, inspire him to learn something new, like, for example, microbiology, neuroscience or machine learning. Therefore, after InMind 2‘s release (available on Viveport) we were looking for an idea for a new game in the city-building genre, and then Epic Mega Jam 2016 happened. We just allowed players to grab the buildings and smash them. After that, community became crazy; they just forced us to make a game! 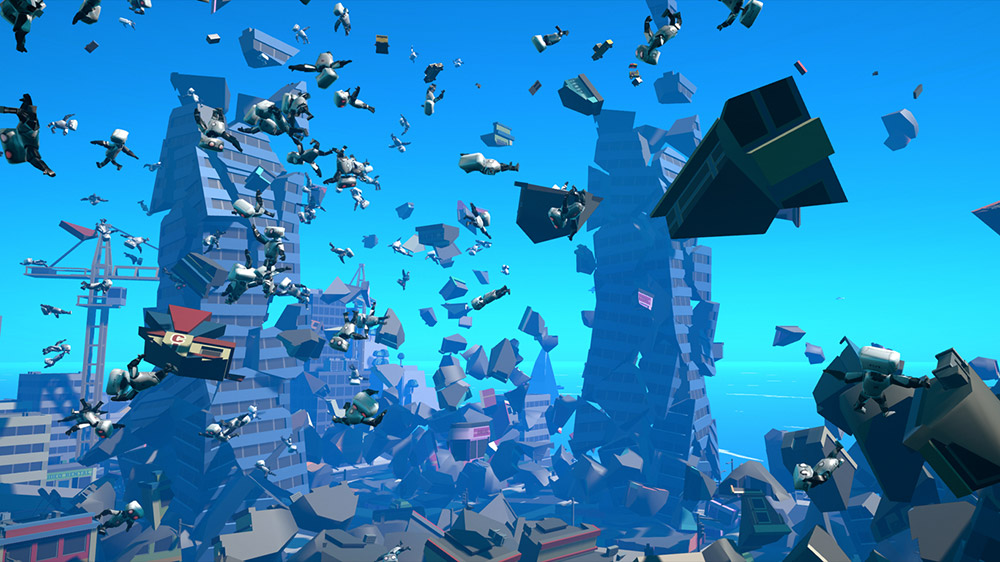 After that first version, how long did you plan to work on development?

We generally like to finish with basic gameplay in a few months, polish stuff for four months and enter Early Access so that we can start working with our community. However, life had other plans for us, because right after the Jam (in November) we have learnt that we got invited to GDC in the showcase area (end of February). We needed a stable build for the press at the end of February. We had to roll our sleeves up and code it somehow. After that, entering Early Access on Steam did not seem hard to us.

As a giant robot, what can you do in the world of VRobot?

To be completely honest – everything crazy that comes to your mind. At least this is what we want. The game’s story is that there is something that happened with tech on Earth and as a result, robots and drones came to power and humans had to escape their home planet to an orbital station. Now they have sent a giant robot to Earth so that he could drive small robots away from the planet and give people their home back.

Everyone knows that the best tools to fulfill this task are a Lightning Hammer, Transformer Sword, Tornado Gun, Tractor Beam and Bare Robot Hands!

Right now, we are actively working on multiplayer and a certain game mode, where the player will meet a powerful resistance from the other robots. It won’t be easy to win, and even more destruction will take place. 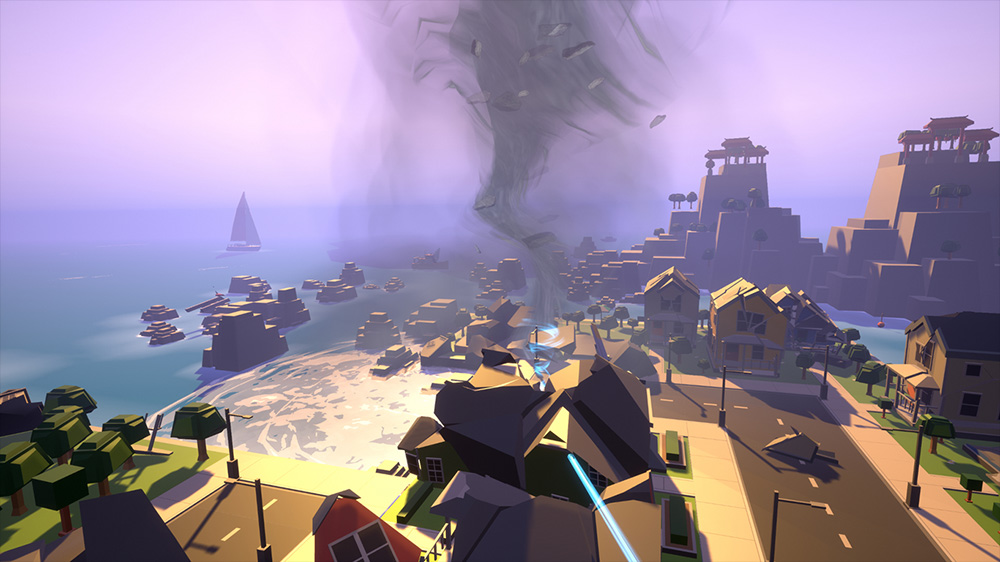 You’re not the first developer to go with a giant robot theme. What makes VRobot different from the competition?

Visual style and fun weapons are what the players like the most about our game. Usually, games about robots are full of violence, which we do not love at all. This is why the huge robot in our game is used for good and helps people.

Tell us about your development process. You’re involving the VR community in a way that most developers don’t do.

We have always loved it when the development process is crystal clear for everyone. Same as with VRobot, we are organizing streams from our office, come close to the developers and ask them “what are you doing right now? what will it grow into?”. What is more, you can always write to us and receive an answer from a developer, not a separate community manager. Moreover, we have an open roadmap of development, which can be seen in Trello by anyone who wants to see it – and vote for the feature he/she wants to see in the game.

What’s the craziest suggestion you’ve been given so far?

I think it is the door. We did not know how to make an exit to the main menu from the game level. The suggestion was to put a giant door in the city. And let the player take it and hold it in his fist. Then, after 5 seconds, you are being transferred to the main menu. We wrote “Hold the door” on the door. Game of Thrones lovers will get the joke! 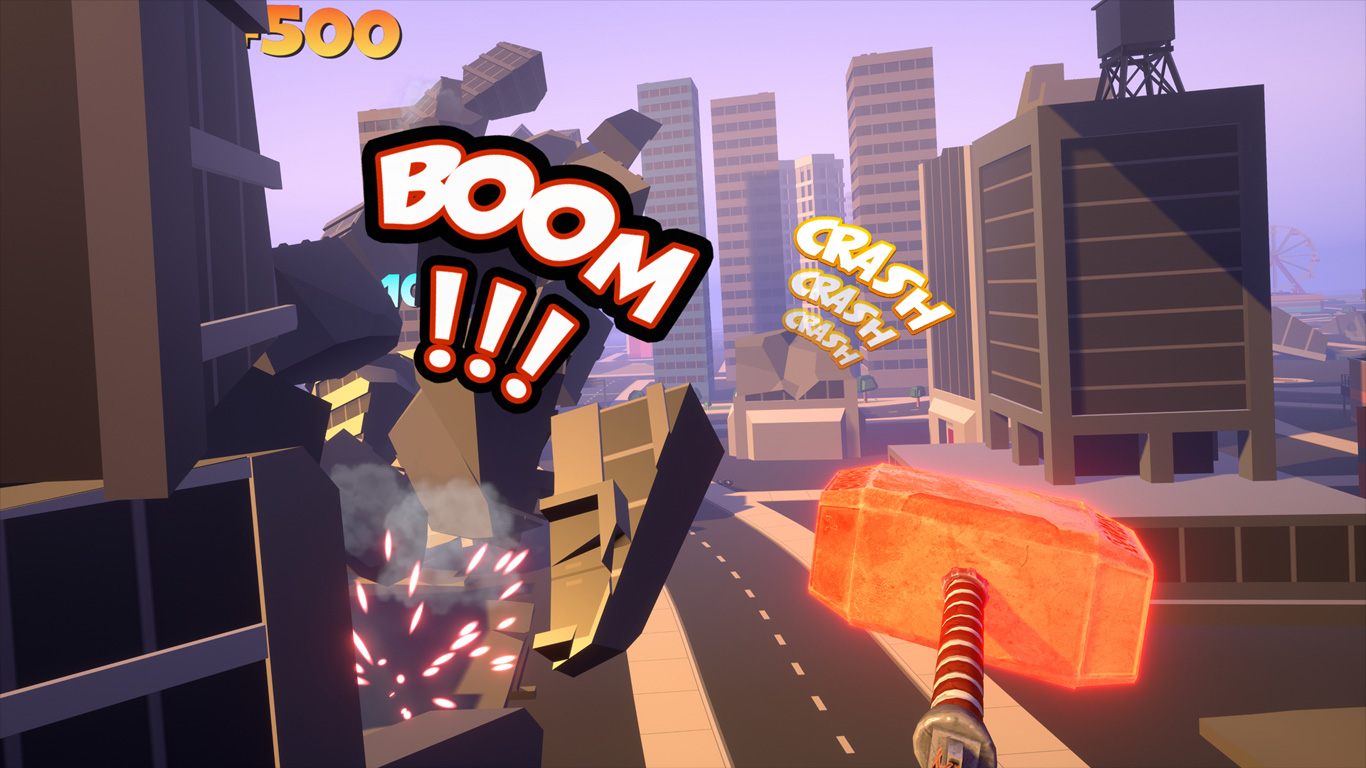 Tell us about your planned future features for VRobot.

For today, our main goal is to make the player interested in the game after 2 hours of gameplay. This is why we spend a lot of time to develop the arena mode. You will be able to play there on your own or in multiplayer. To be honest, we were very scared to start making this mode, because it requires a huge amount of work. Now, when we have such an awesome community behind our backs, we have become brave enough and “broke bad”.

Any other VR projects in the pipeline?

Oh yeah, and we will talk about them to our precious community soon (sign up for our newsletter!). For now all we can tell is that the release of new VR headset from HTC, VIVE Focus, has solved one game design issue, which made us lay a great idea aside for 3 years already.

I would like to thank Luden.io community and development team, it is still hard for me to believe that such great people have gathered together in one certain place.