The ‘God game’ genre is one of the oldest in PC gaming, but recreating that experience in VR is a relatively new idea. Having made a successful mobile franchise, HandyGames are building on that success (pun intended) with Townsmen VR, letting you get up close and very personal with your virtual minions. We spoke with Christopher Kassulke, CEO and one of the founders of HandyGames, about what makes Townsmen VR unique.

Let’s talk Townsmen VR! What’s it about and why is it a great VR experience?

Townsmen VR uses the exciting possibilities of virtual reality to further enhance the classic city building game with entirely new gameplay experiences and interactive mechanics. You rule over a small island with the help of your loyal companion, Sir Clunkalot, who will explain everything you need to know about how to rule and protect your people.

We had several great guests in our office like Richard Garriott, AKA Lord British, who totally fell in love withTownsmen VR as it is such an immersive game experience. With our very natural movement we’ve only had very positive feedback so far, and really believe everyone can enjoy Townsmen VR. You will fall in love with your island and find yourself trying out everything – and I mean everything! 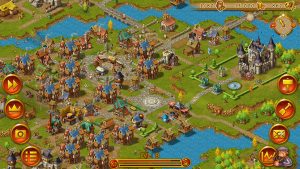 You’ve made Townsmen games previously for PC and mobile platforms. Why did you think it was a good fit for VR?

We’ve been making Townsmen games since 2002 – the first was released on black and white feature phones. Sixteen years and seven Townsmen games later, when releasing our first ‘real’ 3D version of the game, we decided to create it exclusively for VR. It’s a really big step for us but this experience we wanted to deliver to our fans is only possible in VR at the moment.

Of course Townsmen is inspired by classics like Black & White, Populous, Ages of Empires, Settlers and Anno, but it has so many unique features which were not possible back in the PC games era. You’ll see that the game stands for itself and innovates where others stop. We really believe that Townsmen VR perfectly fits VR. A lot of people are dreaming about playing this kind of game in VR, and we hope we delivered what the audience want.

Most games of this type ask you to build a village or city – is that all you do in Townsmen?

You can do a lot on your island in Townsmen VR; you can manage your island, assist your Townies with their daily jobs and build up defense for your small empire – you will face evil bandits, and without any protection enemy forces will destroy your little settlement. So prepare well! 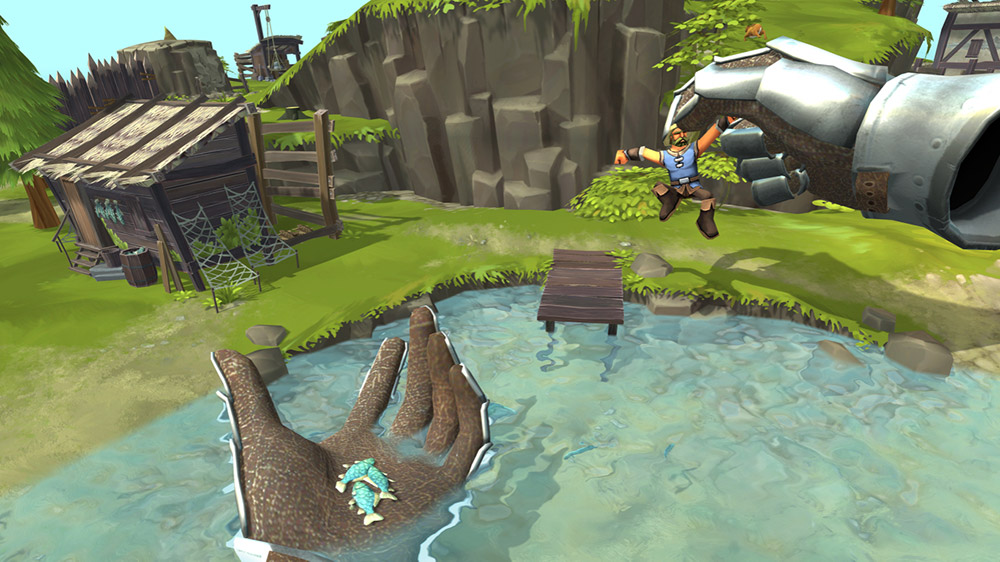 In a 2D game of this type you traditionally point, click and move villagers to resources. What’s different in VR?

TownsmenVR goes one step further – you not only take villagers and move them around, you can help them with their daily work. For example you can carry their goods to their destination, or go fishing for them by diving into the sea yourself, then catch the fish with your own hands. Then you can even help your Townies to make a campfire for the fish you caught! I don’t want to spoil too much, but you can do so much and you will love it.

Can you get down to a villager’s eye-view as well as looming over them?

You decide how you play TownsmenVR! You can play in a God view or move very close to your villagers to see all the detail. What you cannot do is take over control of one of your villagers, for several reasons. 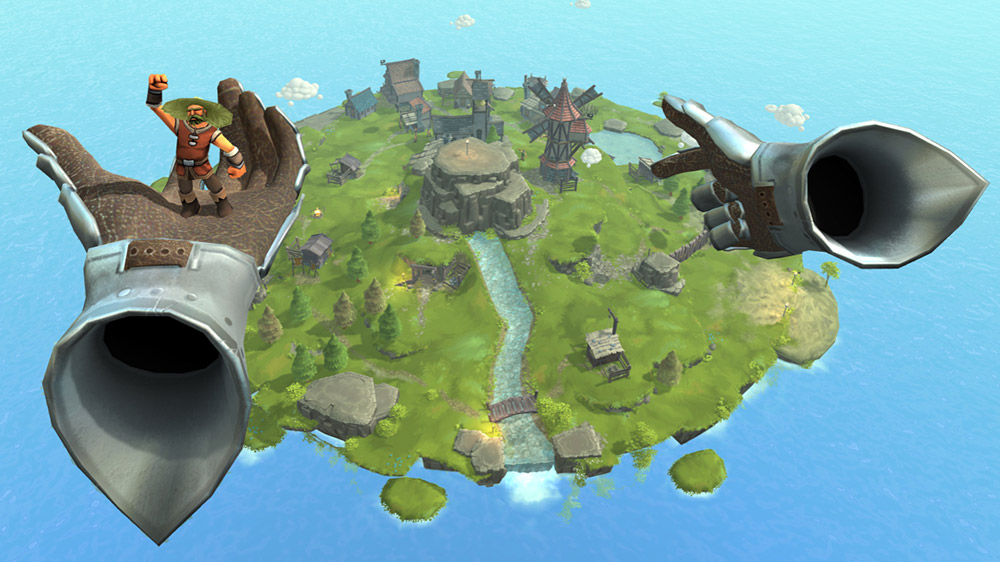 You can blow to make wind for your windmill. You can also turn a boar on a spit over the campfire, combine clouds to let it rain, or even create a thunderstorm and let lightning strike to make a fire! Yes, you have a lot of freedom!

Are you visible to your Townies? What else do they need help with?

Your Townies know you are there, just say “Hi” to them and they’ll react. Without your help they will have a hard time with the bandits… but of course you can also let them ‘burn’. If you think they’re not respectful enough just show them your power! 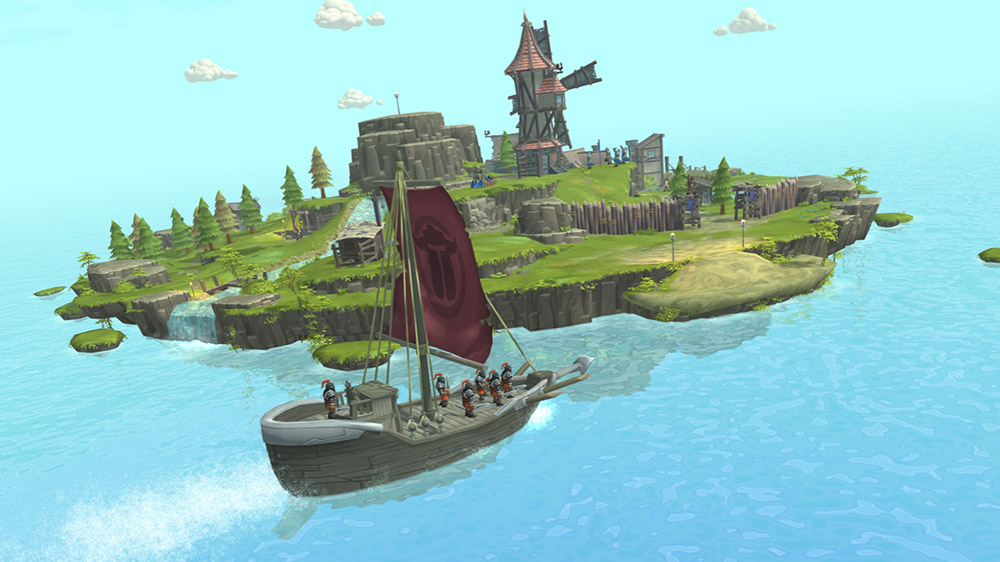 We wanted our Early Access version to offer a vertical slice of the whole game, and not just be a demo with limited features. Imagine the game as a burger – we offer you the whole taste of the burger, it’s just a smaller part of it. We have many more features planned of course.

What kinds of feedback are you looking for, and where’s best to contact you?

All kinds of feedback is useful to make the final game even better. We want to know which features the players really want to see within Townsmen VR. What doesn’t work well? Did they understand everything? Did they expect something else? We collect all details no matter where. Players can talk to us on social media like Facebook and Twitter, but also directly via our website.

What did you learn from developing other VR titles (like Panzer Panic – on Viveport) which you applied to Townsmen VR?

Do not just copy or port a game to VR! Develop something unique for VR. For example, with Stunt Kite Masters VR (also on Viveport) we made something which wasn’t available on VR before, but it feels so natural to play a kite game and you get the haptic feedback over your controls for example. 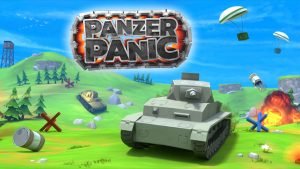 In Panzer Panic we learnt that multiplayer games are awesome in arcades but not so much at home. That said, if you have a VIVE, Rift and Gear VR you can do multiplayer co-op or vs matches in Panzer Panic – if you have two devices, check it out. That is one of the coolest experiences you can have.

What we learnt as well – develop not just a tech demo. Develop real games and offer them for a fair price point. That’s why we offer Townsmen VR in the current version for a really fair price point!

Finally, what are you working on next?

We have another BIG game coming out called Devil and the Fairy which is a genre mix of RPG, Tower Defense and Dungeon Keeper. So if you want to play as the evil Master of the Dungeon you will have a lot of fun. Your little companion is a transgender fairy which will assist you to protect your dark empire. Check out a sneak peek video here!

Thanks for talking to us, Christopher!