The other morning, I climbed into a real, live, hot air balloon basket, slid a VIVE Pro headset over my face, and took a ride over the Grand Canyon.

When I pulled down on the gas handle, the tanks burned and the basket creaked, lifting me quickly from the rimrock, climbing fast. As my stomach dropped, I could feel the heat from the burners on my arm and neck. A cool breeze blew over my skin as I looked down at the Colorado River. Somewhere above and to my left, I heard the cry of an eagle. Spotting it, I gassed the burner again.

Soon, I was flying higher than the eagle.

Seven or eight minutes later, after nearly crashing into the canyon walls—this was my first solo balloon flight, after all—I landed at the base of the canyon, the basket dropping softly to the red clay. It was so fun, I decided to try again in cooler climes.

Ten minutes later, I was soaring over the snow-covered glaciers of the Arctic Circle. 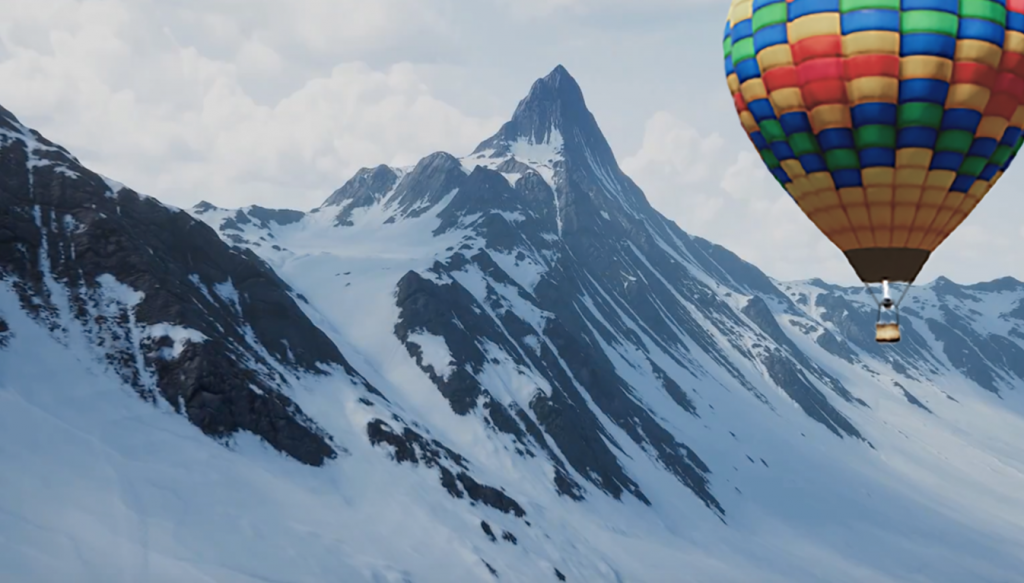 In reality, this was all happening inside the studios of East Dallas animation shop Janimation. Eventually, their founder, Steve Gaçonnier, made me surrender the VIVE Pro and get out of the basket … it was my daughter’s turn to try the ride.

As she climbed in, Steve explained the concepts behind his latest project—a combination of mixed and virtual reality technology, haptic feedback, 3D animation, and imagination that involves every one of your senses.

The balloon basket is an authentic, leather-bound relic, restored by Janimation to its original state. Climbing inside, you can even smell the leather. The basket hangs from a winch capable of lifting or lowering it, seven or eight inches up or down. And while that might not sound like much, when you slide the VIVE over your head and pull that burner, the upward motion and swinging basket make all the difference in selling the illusion. 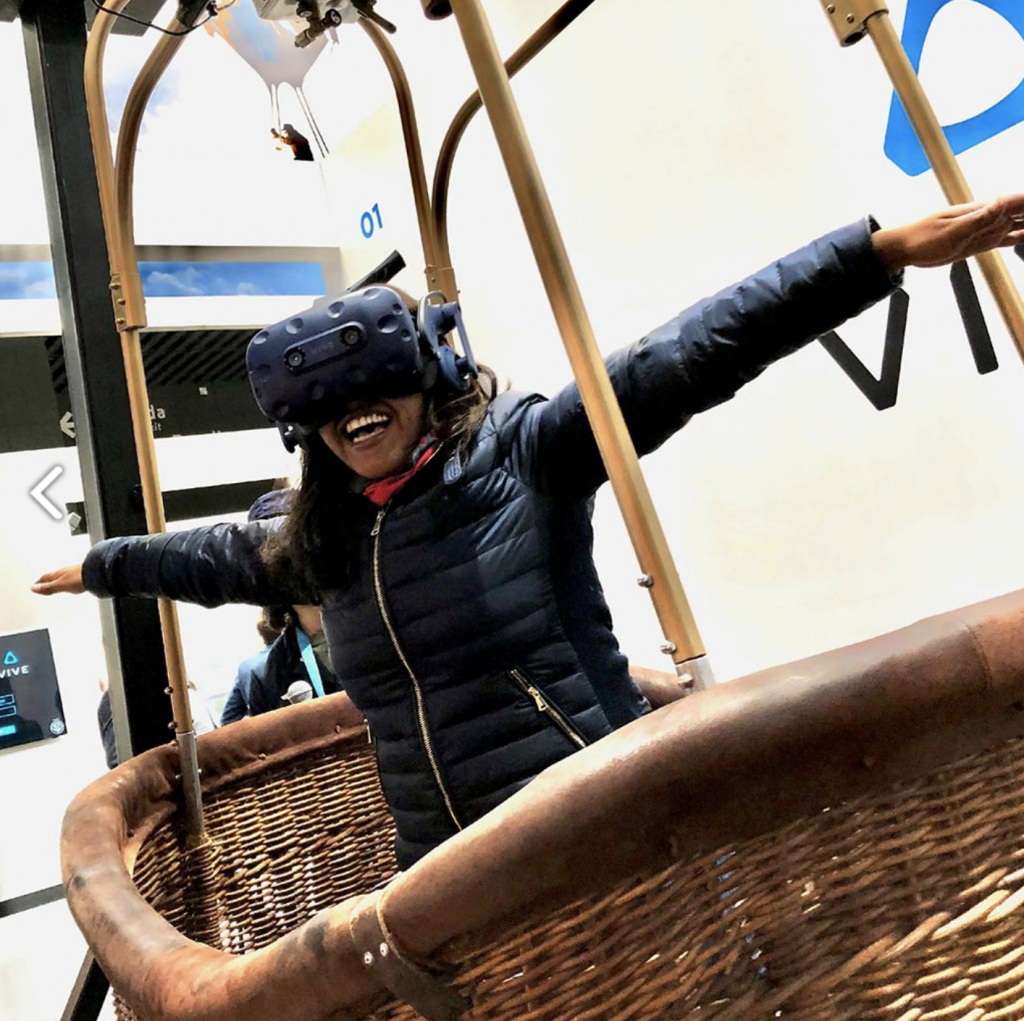 “Mixed reality” entertainment blends the virtual world with the real one: things you can touch, smell, or taste. The VIVE Pro delivers the true-to-life sights and sounds—your imagination does the rest.

Steve’s ride comes with several inspired touches, like the radiant heat coil where the burner tanks should be: pulling the handle activates the heat, and the flames overhead seem that much more real. There’s also a fan that kicks in when you glide out over the Colorado River, and a control tower that relays ride instructions to your headphones:

“Keep your hands and bodies inside of the basket at all times please, ladies and gentlemen. And remember to drop by the restaurant after your ride! Our lunch special is discounted for every rider …”

In a nod to the entertainment venues who’ll eventually license Janimation’s ride, when your balloon lands, another one is being inflated nearby—complete with a customizable logo promoting your brand.

The ride is positioned before a large green screen, and certain interactions make for great photo or video. Steve’s setup is integrated with photo booth technology, so venues can market dramatic (or hilarious) pictures to riders after the fact. 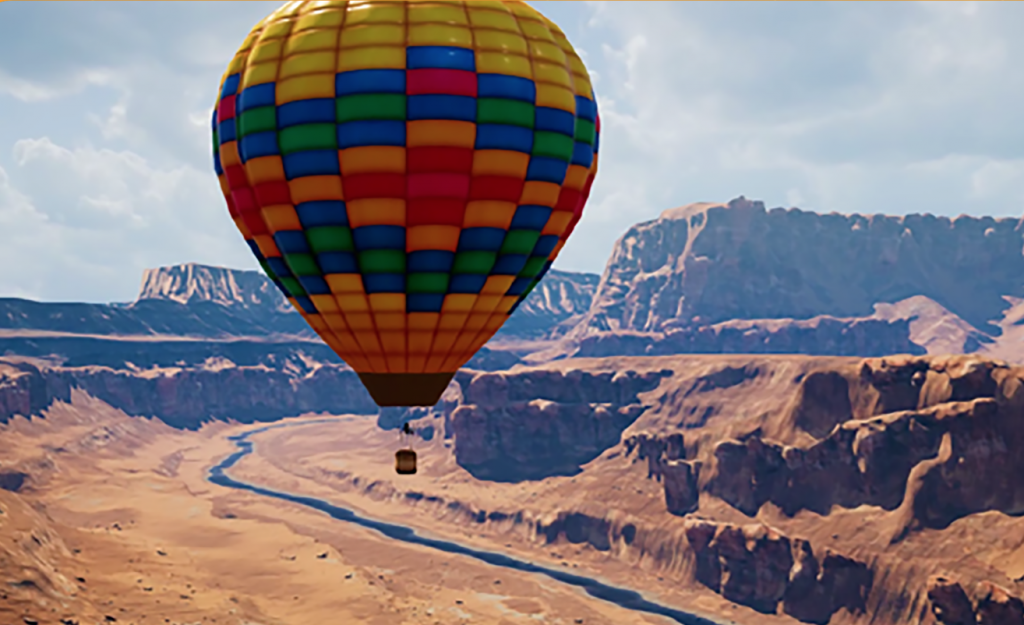 Right now, there are five terrains to choose from. But the possibilities aren’t limited in the slightest. For example, Steve showed me the toy shotgun Janimation has synced with the ride. When you pump the action and pull the trigger, you get the sensory effect of having blasted a cap into your target—courtesy of a realistic visual and auditory illusion generated by VIVE.

Then he smiled: “And we can program zombies into any environment.”

I’ve already texted Steve to ask if I can try the ride again. This time, there will be zombies.