Battle X: Birth of The Alliance brings high fidelity and accurate military combat and tactics to the world of VR. With a cinematic story campaign and a deep and evolving multiplayer component, developer Naviworks utilized their background working in military training software to make the jump into crafting immersive digital entertainment experiences. We sat down with them to find out all the juicy details on the making of Battle X.

For those unfamiliar, tell us a bit about the Battle X Team at Naviworks?

Our team is an incredibly diverse and talented group of individuals who all came together in some extraordinary ways. The idea of Battle X came about through the military training simulations we’d previously developed. After putting together a very early prototype, we discovered we needed to expand our team in order to navigate the unique world of digital entertainment. We contracted with Sam Immersive who helped us develop all the different aspects of the game. Our team members include Steve Won, CEO, Angela Park, Global Head of Marketing, Louisa Spring, Founder of Sam Immersive and Tim Shiner, Head of Innovation at Sam Immersive.

Battle X provides an authentic action combat experience based on real-life military training and equipment. Can you speak a bit about what influenced this creative direction?

As we had started as a military training contractor, we’re continuing to work within that field. While developing software and technology for those applications, we found that many of our developers were also gamers and knew how to design engaging, replayable experiences.

We’ve worked with the military closely and respect them so much we have even included StackUp.org as our official North America and European charity in which we will donate $1.00 from every US sale to them. StackUp helps veterans by supplying them with games, equipment, technical help and cultural assistance. It is this charitable vision that helped us craft Battle X.

The foundation of our company is tied to our work with the military, so we will always be devoted to them, but we have also found that we have the talent to develop amazing entertainment experiences. With the help of Louisa Spring and Tim Shiner at Sam Immersive, we were able to break into the US and European market and connect with StackUp.org. Sam Immersive bridged the cultural differences between South Korea and the US/Europe. 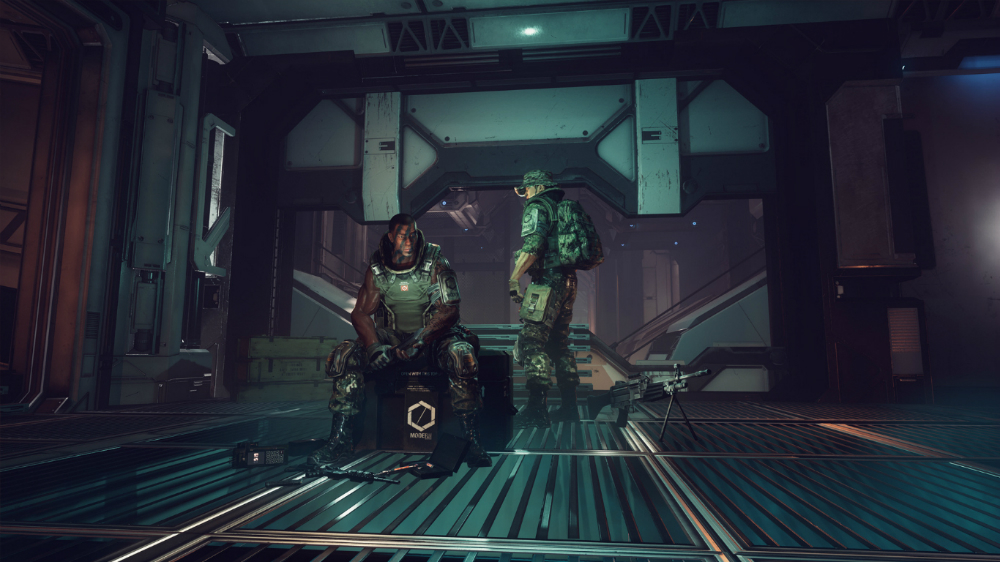 What kind of research did your team do during the development of Battle X?

Through our military contracts, we have extensive technical research at our fingertips! Battle X: The Birth of the Alliance relies on game mechanics and strategies based on our military training work. But, unlike other first person shooters, you are limited by your ammunition, similarly in the real world. You are put in situations where you must be creative and think strategically while under fire.

Sam Immersive helped with our cultural research and were invaluable in helping us bring Battle X to a global audience. By working with game testers and evaluating other first person shooters, we were able to make modifications and improve elements for a superior player experience.

Battle X stretched our skills developing military training software into entertainment, which was not always easy. VR being a rapidly evolving gaming platform means we’ve had to be flexible and responsive to what is now becoming a more standardized VR user experience.

Creating a satisfying multiplayer shooter is always difficult, doubly so when working with cutting edge technology like VR. Were there any particular challenges you encountered during development that you hadn’t expected?

As we mentioned, the entertainment field is not where we started, so working with our expanded team of talented individuals who have a long and distinguished entertainment background helped us over some of the more difficult hurdles. As I am sure it is the same with the American military—it is a large bureaucracy, so change takes time—we’ve had to learn how to be nimble and quick on our feet to meet some of the challenges that are now required for on boarding the game to various outlets. It is a work in progress and we look forward to continuing to learn and grow along with our new audience.

Battle X features a cinematic campaign written by by award-winning writer Susan O’Connor of Gears of War and BioShock and starring action film legend Casper Van Dien. Tell us a bit about how that collaboration came to be and what the process was like crafting a compelling narrative in an immersive VR action experience?

It was our US counterparts that helped secure both Susan and Casper! Tim Shiner worked with Susan on story and directed Casper in the audio booth and Louisa Spring negotiated all the intricate deals allowing us to work with these amazingly talented individuals. The level of professionalism, creativity and sheer passion for their work made for an exciting and rewarding experience.

Having Casper join us at GDC 2018 was an exceptional honor. He brought his enthusiasm for the game and the military along with his unwavering love of his fans and engaged at a level that we could not have anticipated.  We are honored that this was his first voice over for a game and are looking forward to hearing more from him!

Now that Battle X is out in player’s hands, have you been surprised by any of the feedback you’ve received so far?

One of our most surprising and best bits of feedback came in the form a live stream from VR Power Hour by Machinima against a Viveport team and some of our developers—where they had initially thought that our sprinting forward in 3rd person sounded “interesting”—but were completely surprised and actually very excited by it after they got in the game.

VR is notorious for issues regarding motion sickness—and our unique mechanic of 3rd person sprinting seems to have quelled at least part of the issue with quicker movements in VR.

How long did Battle X take to develop and how many people were on the team throughout the process?

We have been working on it for awhile now, but have seriously been putting a lot of effort in for the past year. We have taken some of our developers off of our military projects to help support Battle X when needed. We are far from being complete as it is an ever advancing, changing and challenging game. 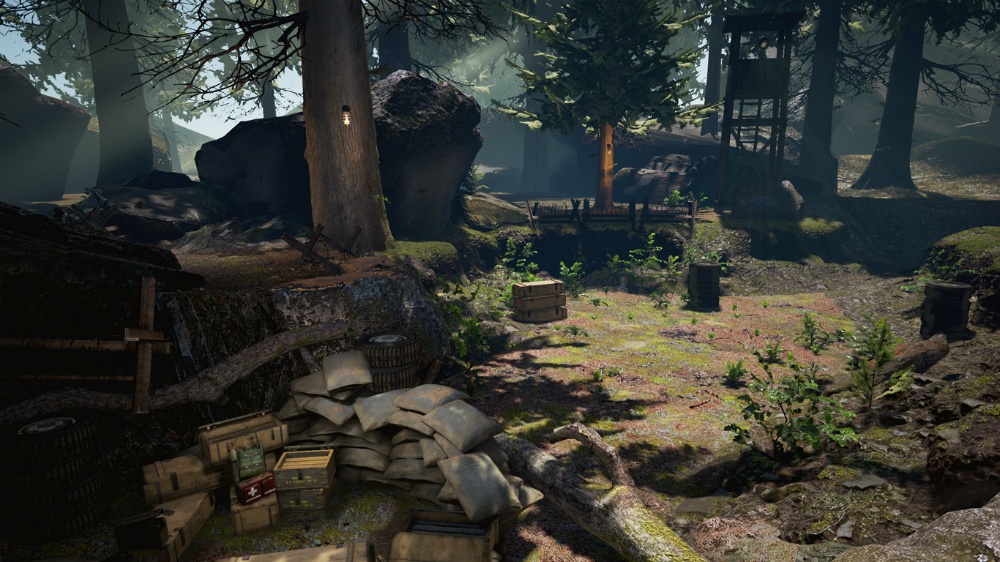 Were there any weapons/locations/scenarios you wanted to work into the game but couldn’t make it happen?

We wanted to start off with real-world weapons, since we deal with military training—and wanted to give a wide range to the player. During the development, we were working on the story which could now allow for further exploration with additional entries, allowing us to be as creative going forward as well as delving into the past. So, basically, no—we haven’t left anything out yet, but we are excited to see where we go next!

Firstly, Battle X is a cross platform game, and as we have also noticed—gamers love to jump into a large arena and test their gaming prowess— so in early 2019 we will be releasing a major update, a Battle Royale with one large map where 80 players will battle it out! We have already been compared to another VERY popular PVP game and cannot wait to share our Battle Royale mode with players! We have also integrated an amazing wearable haptics system by bHaptics, one of the most consumer friendly systems out there. It allows you to further immerse yourself in the world of Battle X!

What’s next for Naviworks? Any plans to further explore possibilities in the world of VR?

Developing content for VR has been amazing so far – so that would be a resounding YES to us exploring new potential in the world of virtual reality. We are currently looking at various properties that we feel have amazing potential for us to create engaging and immersive VR experiences that reach bigger and more diverse audiences than ever before. Virtual Reality provides the ability to bring the world’s most iconic stories and turn them into groundbreaking immersive experiences. It is the dawning of a new age of storytelling, and Naviworks intends to lead the charge!

Thank you for taking time to chat with us!

Battle X: Birth of The Alliance is now available on Viveport and via Viveport Subscription