VIVE continues its partnership with the American Museum of Natural History as T. Rex: Skeleton Crew is now available to experience at home

VIVE Studios, HTC VIVE’s content development and publishing division, and VIVE Arts, today announced that its latest interactive education title, T. Rex: Skeleton Crew, is now available to experience on Viveport. Created in collaboration with the American Museum of Natural History, one of the world’s preeminent scientific, cultural and educational institutions, this title is the at-home version of the Museum’s first multi-player, interactive VR experience, on view until August 9, 2020, as part of its major exhibition T. rex: The Ultimate Predator.

Developed by Immersion, this interactive education title invites users to reconstruct a Tyrannosaurus rex skeleton as they learn about the world’s ultimate apex predator, the evolution of our scientific understanding, and the latest discoveries. T. Rex: Skeleton Crew is available to download as part of Viveport Infinity, Viveport’s unlimited VR subscription service, and for $4.99 on the Viveport store.

T. Rex: Skeleton Crew places players within a space similar to the Museum’s Hall of Saurischian Dinosaurs, where they will work to build a scientifically accurate 3D model T. rex skeleton bone by bone. Once the full dinosaur is complete, the Hall will transform into the marshland that is now Montana, the T.rex’s home 66 million years ago, where players will witness T. rex come to life before their very eyes.

The single-player home version expands upon the Museum version with extensive bonus material featuring an interactive and humorous guided tour from the exhibition’s curator and leading paleontologist, Dr. Mark Norell. Along the way, the player will explore all parts of the dinosaur and unlock a wealth of new content including historic facts, archival videos, data visualizations, and engaging animations. 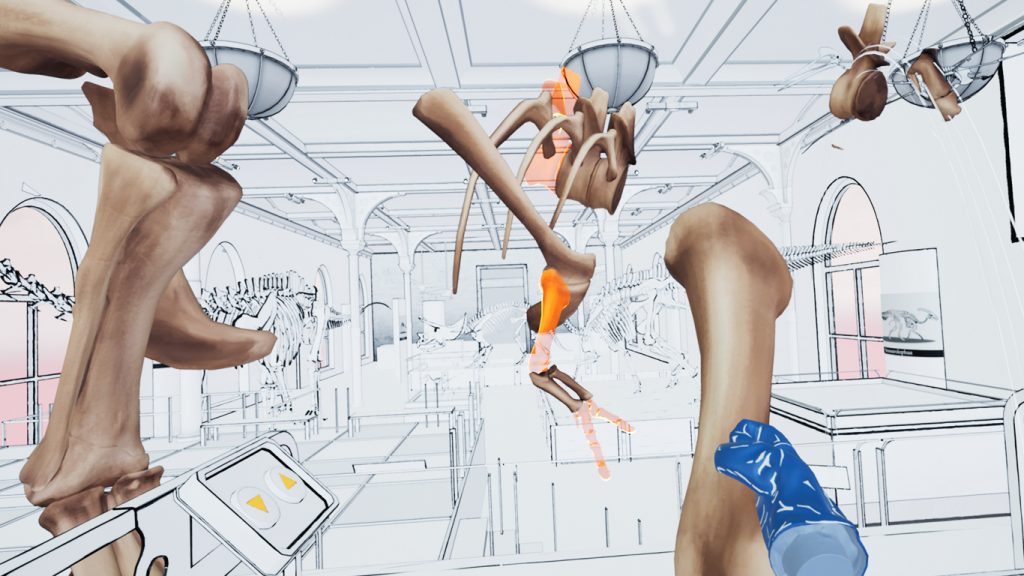 “Virtual reality is a captivating realm in which our normal perceptions of time and space are suspended,” said Vivian Trakinski, the Museum’s director of science visualization. “As a natural history museum, we can leverage this technology to allow our visitors to experience the most fantastic and inaccessible domains of nature. In VR nothing is too small, too big, too fast, too slow, too distant, or too long ago to be appreciated.”

“T. Rex: Skeleton Crew has proven to be an immensely popular and interactive way for the American Museum of Natural History’s visitors to connect with the new T. rex: The Ultimate Predator exhibit as the 66 million year-old “Dinosaur King” comes to life in VR,” said Chris Chin, GM of Vive Studios. “We can’t wait for dinosaur fans everywhere to geek out and finally experience this larger-than-life Vive Studios production as we bring a part of this venerable institution to their living rooms.” 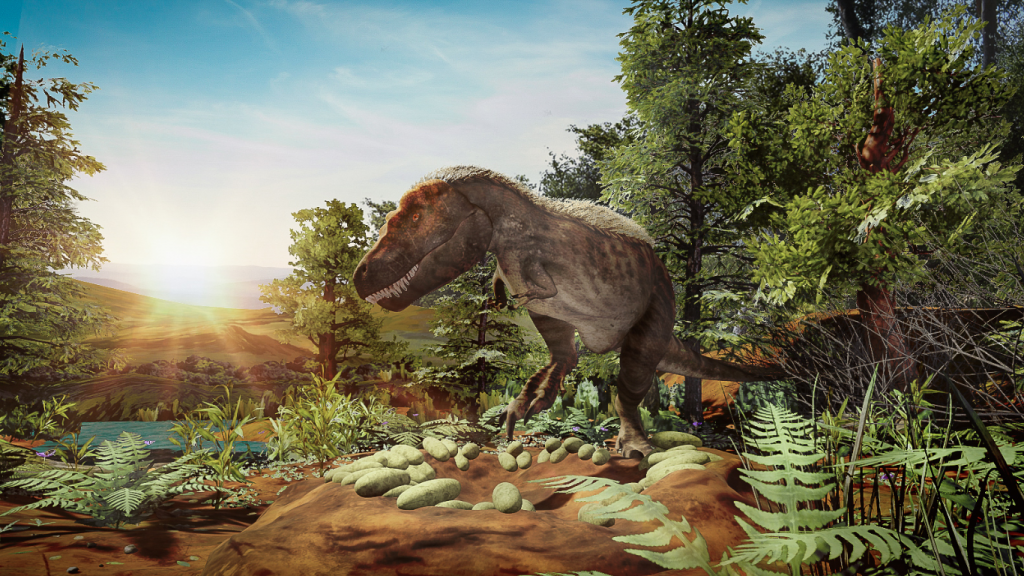 Through VIVE Arts, VIVE is partnering with some of the most forward-thinking cultural institutions in the world. In addition to this latest release with the American Museum of Natural History, VIVE has established itself as a leader in fostering digital innovation in arts and culture by creating immersive artworks and exhibits in collaboration with leading artists, museums and cultural organizations. Recent partnerships include the Louvre, Tate Modern, the National Palace Museum in Taipei, and the Biennale Arte 2019

T.Rex: Skeleton Crew can now be downloaded world-wide, in both English and Chinese languages for the HTC VIVE on Viveport Infinity. New Infinity members can start their two-week free trial today and gain access to unlimited VR gaming as well as exclusive benefits such as free title giveaways, weekend deals and premium content on Viveport Video. Start your free trial here: https://www.viveport.com/infinity