Ninjas are awesome. Silently moving through the shadows, they struck with precision and skill to take out their targets. From over-the-top action films, to Saturday morning cartoon heroes in the form of mutant turtles, we’ve always had a fascination with these stealthy assassins. The creative team behind recent Viveport Infinity release Ninja Legends spoke to us about what inspired them to create a frantic and addictive action experience that puts you in the Tabi of these historic warriors.

Co-Founder David Geisert: Coinflip studios is a small team comprised of 7 game industry veterans. We’ve been working together for many years across multiple companies. In 2018, we decided to get together and form a games company focused on new technologies. As we explored different markets and what was up and coming, VR was a huge interest of ours. As the market heated up, we realized that now was the time to start building for the up and coming space! Personally, I’ve been a huge VR fan since I was able to get my hands on the early Gear VR headsets. Since then I’ve upgraded to Vive and have been extremely passionate about all aspects of VR. Within the team, I have been a jack of all trades who fills in many roles with a focus on programming. Over time I’ve become a Unity development expert with a focus on the VR tool stack.

What were some of your biggest inspirations (gameplay, art style etc) when creating Ninja Legends?

We were heavily inspired by various films to maintain a high speed of 1 vs Many combat. Ninja Assassin, Ip Man, Kill Bill, and many others served as inspiration for the base feeling for the game.

The cyberpunk classic Snow Crash is also an inspiration for the theme – in that book, the main character is a master swordsman in Virtual Reality.

Each individual weapon and special ability in our game has a host of inspirations that we drew from. For example, the rope dart is heavily influenced by Mortal Kombat. We liked pairing it with the fist and yelling ‘Get over here!’ while playing. 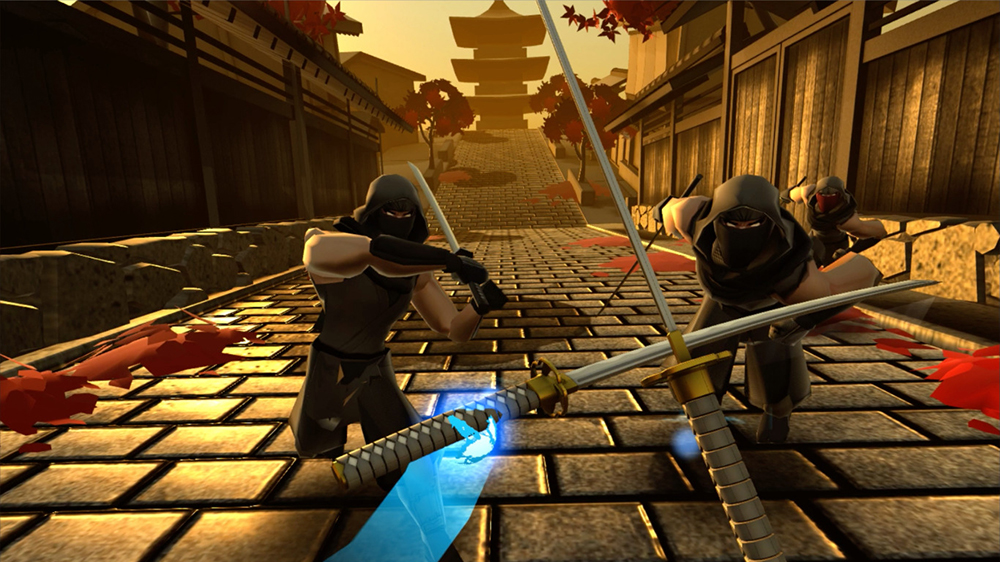 Some of the elements of Ninja Legends are influenced by our time as mobile developers. With mobile games, we learned how important it was to get players into the action with the most fun aspect of the game ASAP. We brought this thinking to VR, allowing players to jump into the action within one button click of loading the game.  The interest curve of the levels is an ascending wave, with new enemies and difficult waves mixed in with small breaks on easier waves. We also included the daily challenge mode, to allow for something new to play every day, and for something that you’ll miss if you don’t come back. In future games, we’re especially excited to bring over mechanics that allow for deeper player investment and engagement.

How long did Ninja Legends take to develop, and how many people were on your team throughout?

We started working on Ninja Legends in November 2018, making it approximately nine months from first concept to launch.  We have a team of seven that has worked on the game, although not all seven have been working on it the entire time. We had a few large pivots of what the game should be, from a rhythm based game, to the intense combat game we have now. 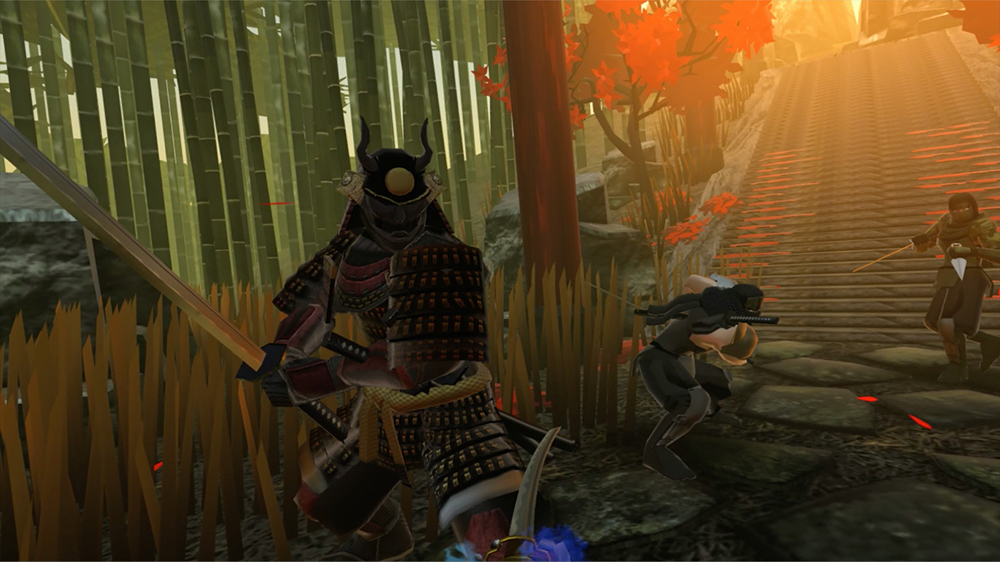 Ninja Legends is your first title as a studio, and your first foray into VR. What were some of the biggest challenges in crafting this frantic shinobi action experience as compared to previous titles for other platforms?

The input mechanics of other platforms make them much easier to deal with players trying to find bugs.  In VR there are so many degrees of freedom, which make it hard to keep the game working properly. You always have to worry about someone trying to stick their head through a wall or putting their hand somewhere it isn’t supposed to be.  We designed around theses extra hurdles instead of trying to solve them, which greatly reduced the development time. The action game is also something we hadn’t done before. It was a lot of fun and a great workout each day as we played. 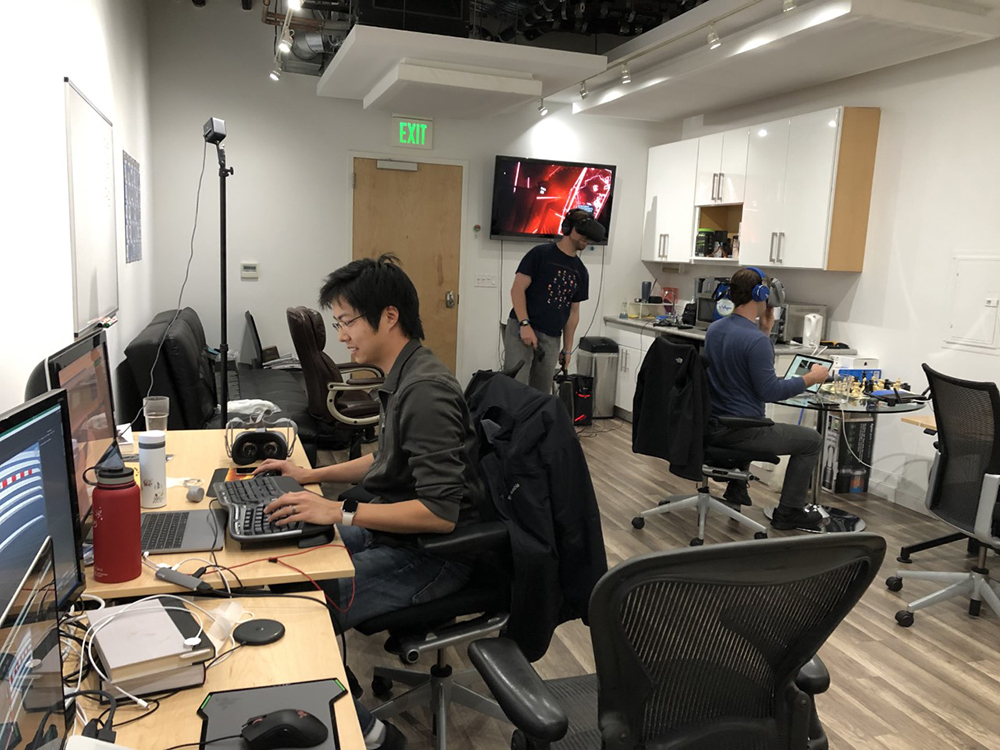 Ninja Legends gives players tons of fun and powerful weapons, including mystical shinobi powers. Tell us a bit about the process of designing these powers, the challenge of balancing, and if there were any left on the cutting room floor (pun intended lol).

We pulled a lot of inspiration from games, movies, and anime we liked.  There are a bunch of movies that have a single hero character taking on a horde of unnamed killers.  We took the best parts of those scenes and tried to replicate that feeling. Then we stuck in the weapons we liked from the best movies and games that did that.  I really like the rope dart, which was inspired by the character Scorpion from Mortal Kombat. I use the gauntlet, chain-dart combination and then uppercut the enemy when he gets pulled in, and of course I say “Get over here.”  There were a few that didn’t make the cut, either from being too complicated, or not being fun to use. One of the first powers was to slow time. It worked great, but we started adding it to the other powers and just slowing time started to feel boring.  One that we tried, but it was too different is a Godzilla beam, where you’d yell to have a beam come out of your mouth. The mouth beam was too close to the eyes and was bad for performance, and the trigger being sound was too different and didn’t fit with the rest of the game.  We also had a stun attack that would cause anyone you hit to be stunned for a few seconds. This one didn’t work because it was boring, and didn’t trigger like the other specials. The shockwave special was cut because it didn’t involve any element of skill. It was just a more powerful version of the hand blast.  We also tried to keep out weapons that would just duplicate the same play styles as other weapons. Sai are commonly linked to ninjas, but we thought they were too close to the claws. We also avoided any tricky physics chains or ropes as they tended to break. I’m happy with the specials and weapons we ended up with. 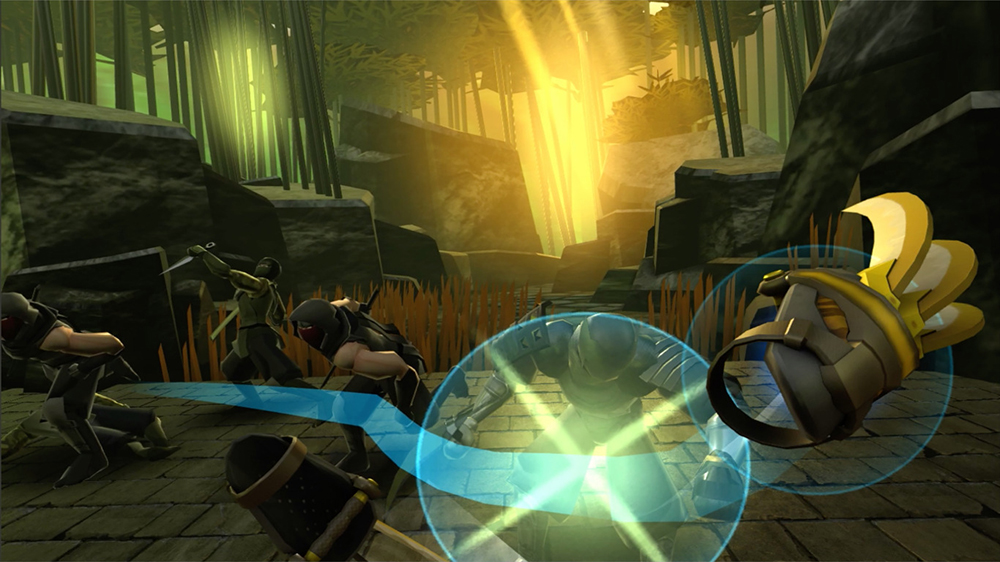 What are your thoughts regarding the future of VR gaming, especially in the arena of action titles. Are there any improvements you want to see to the technology in order to help you make more engaging experiences?

Two things I think action titles really need are more freedom of movement in real life and better haptic feedback.  The freedom of movement will allow for the clunky and motion sickness causing systems to be done away with. The better haptic feedback will eventually allow for more complex interactions with enemies.  I would love to be able to throw enemies around and have it really feel like I was throwing something.

Who is your favorite ninja (real or fictional)?

I really like Killua Zoldyck from the anime series Hunter X Hunter.  He’s a small kid from an assassin family who wants to make friends.  He just has a hard time making friends when he is this amazing killing machine. 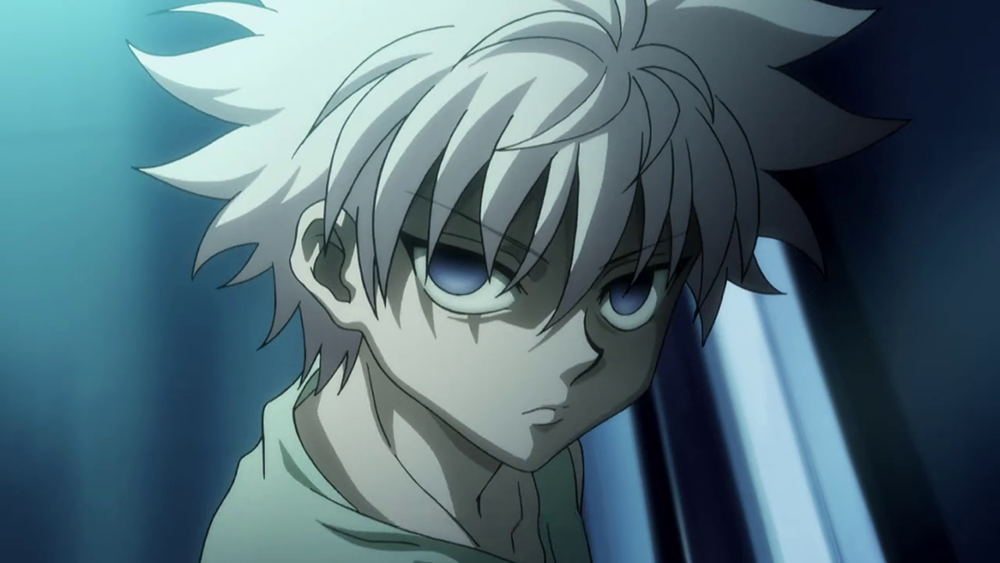 Ninja Legends launched on Steam not long ago, and now has arrived on Viveport. What has been the reception so far? Have there been any bits of feedback you received that surprised you?

The reception has been great! It has been refreshing to start getting a stream of feedback from players. This helps us improve our game much faster. For example, one thing we heard was how difficult it was to deal with enemies surrounding you, especially in a 180 degree setup as many people have at home. We took that feedback and added arrows to the side of the screen in Novice and Ninja difficulties to indicate if there was an enemy off screen attacking you.  From the reviews after that update it seems to have made a great improvement in the experience. There have also been some hardcore VR fans that want a much larger scoped game, and we can sympathize with that. There are many more aspects to being a ninja besides pure melee combat. This is something we’re looking to build on through future updates.

Are there any exciting updates to Ninja Legends planned that you can share with our readers?

We are already working on the first update, and it will be a whole new play mode.  We haven’t fully finalized the concept. It is either going to be a stealth mode with locomotion, a tower defense archery mode, or a sandbox mode where players can load in their own levels, enemies, and weapons.  We’d love to get feedback and thoughts from any VR players out there on what we should work on to improve the game! 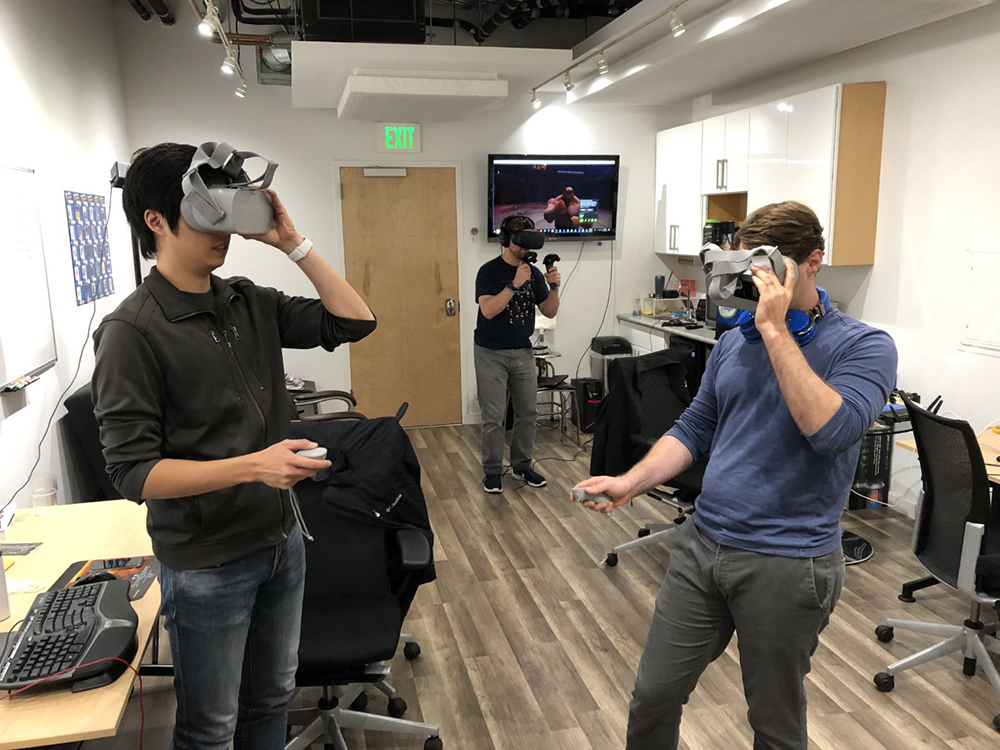 What’s next for Team CoinFlip?

We want to stay in VR, and look forward to the Ninja Legends launch to signal how to invest our time next.  One area we are very interested in is multiplayer in VR. Co-op gameplay is a natural fit for Ninja Legends, but we’d love to explore some competitive gameplay in VR.  Coming from mobile, and with the number of players in VR right now, we are thinking that an async multiplayer game would be the right move. This would be something along the lines of Clash of Clans with a construction and base management core, then an attack and action multiplayer component.  I think this could get over the problems of needing a constant large player base to get multiplayer competitive games off the ground. This is also something I’d love to player, as it should allow for rich interactions and gameplay with all the user generated levels.

Smart thinking! You’ve got me more excited than ever for what you and the team having coming. Thanks for chatting with us!

Ninja Legends is now available on Viveport and as part of your Viveport Infinity membership. Not a member? Start your free trial today and start honing your ninja skills!