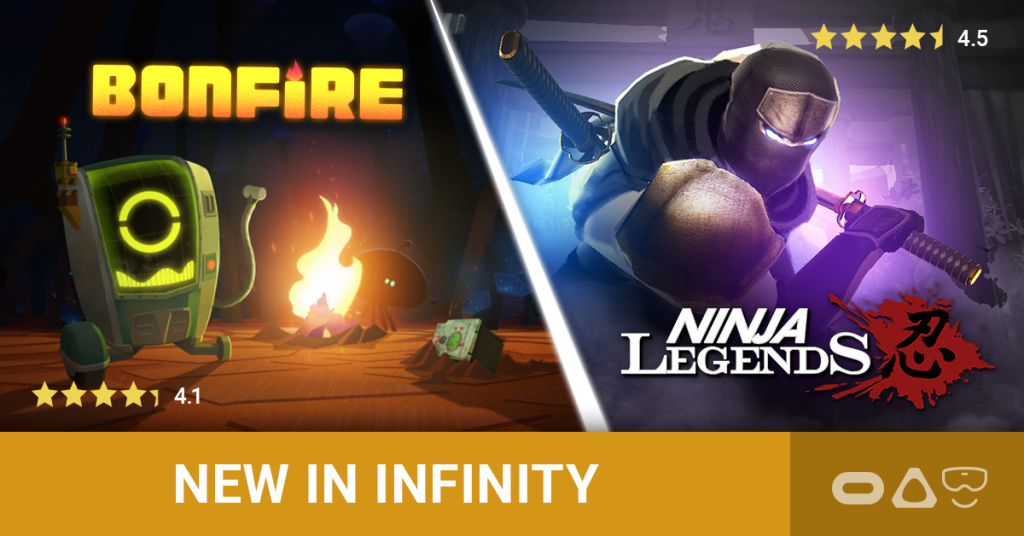 In the latest narrative experience from the award-winning Baobab Studios, you crash-land on an alien world along with your robotic assistant Debbie (voiced by acclaimed actor-comedian Ali Wong). Keep the fire lit and uncover what lies within the darkness in Bonfire!

Take a look at what fans had to say about Bonfire at this year’s Tribeca Film Festival.

Or would you prefer to be surrounded by deadly warriors, with only your reflexes and an arsenal of weapons to carve your way out? Hone your skills and stand your ground, the ninja won’t stop until you bring them down. Can you ascend to the ranks of the Ninja Legends?

Fynnpire is just one of many YouTubers to gush about the violence and viscera of Ninja Legends.

Make sure to check out our conversation with the developers of Ninja Legends here.

Both Bonfire and Ninja Legends join the hundreds of titles available on Viveport Infinity. Click below to join the fun!