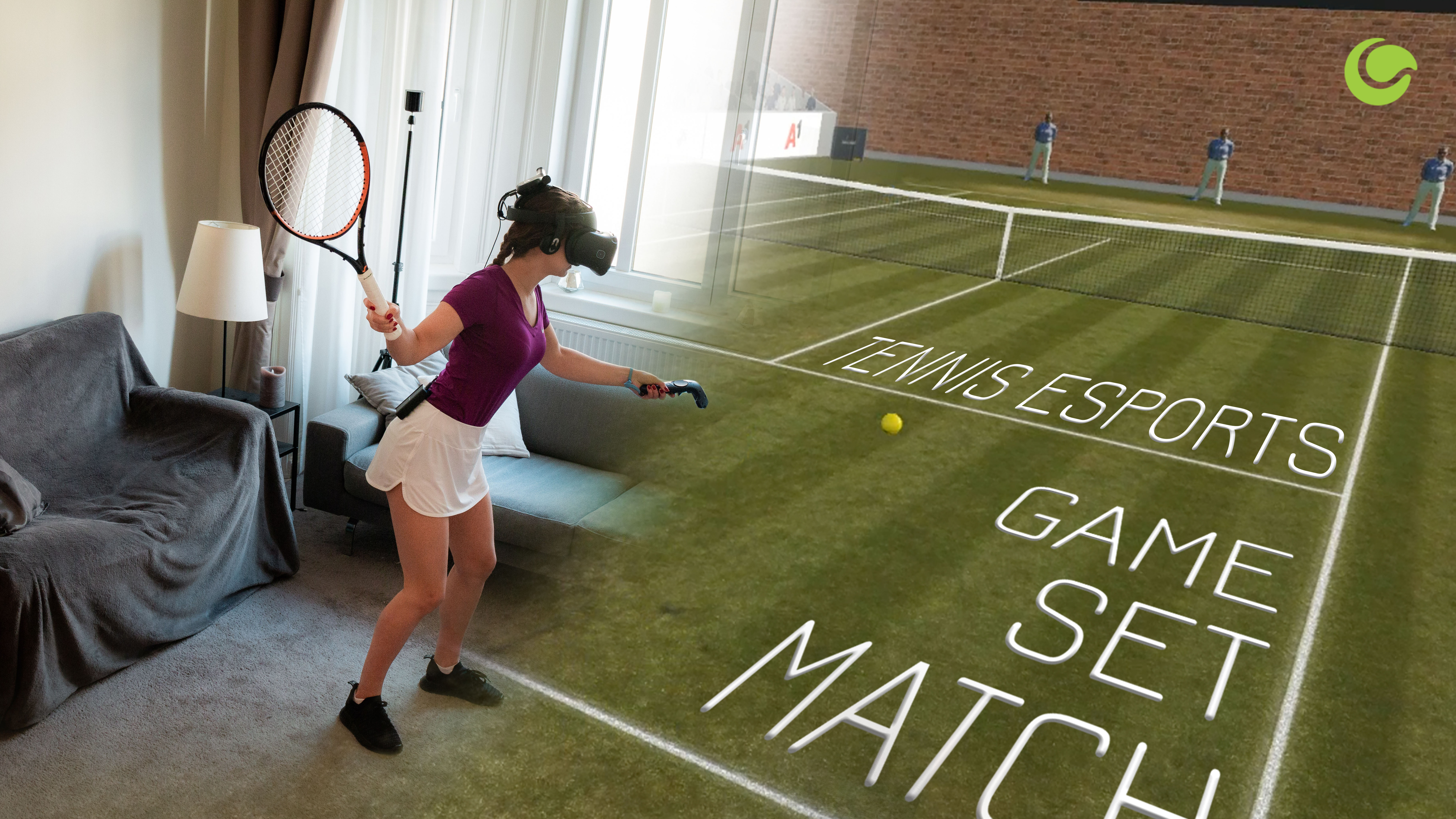 Preparation is critical, and that’s especially true in sports where technique needs to be flawless and muscle memory has to be strong. VR Motion Learning turned to VR to help tennis players jump into the virtual world and train, playing true-to-life tennis and receiving real-time analysis and feedback on their technique.

Learning, playing and practicing tennis can be complex, difficult and expensive. It requires the right space, the right coaching, and can also be heavily impacted by changeable weather.

It can be hard to get data-driven insights into how to improve as a player – some look to improve their game relying on anything from 2D video tennis tips and lessons, through to apps which try to analyse techniques using a smartphone camera. While these advances have helped to training more accessible, the lack of gameplay and detailed monitoring was making it hard for players to see real improvement in their game.

Outside of this, there are other more expensive tennis training options available which either need sophisticated cameras to follow players on court, or actual human analysis in-person or delayed analysis over video.

VR Motion Learning sought to take on these challenges, and applied VR knowledge to create something unique, with Tennis Esports – a VR-based solution to provide players with a realistic tennis experience, using fully tracked body motion and realistic physics.

And now, with a VR headset, players can take a racket embedded with a VR tracker and play tennis just about anywhere, taking to a virtual court, against virtual or real opponents.

VR Motion Learning knew that analysis was key to improving technique, so the big question to solve was – how to track movements. Solutions like smartphone cameras have a lot of benefits, but for sub-millimetre precision, they knew the only answer was outside-in VR tracking.

VIVE’s external precise-tracking system was perfect – it makes it possible to track full body movements as well as third party objects, in real-time. Based on the player’s biomechanical data the system can calculate a player’s optimal movement pattern. Each individual body movement is accurately recorded and analysed with immediate feedback.

Even small changes to different movements like body position, legwork, arm position and stroke, can be visualised. The software gives instant feedback on how to improve every important variable which shows players the perfect technique. This level of detail is something that is missing from the traditional way of training and players can access all of their training statistics instantly, which they can share with coaches or even to their social network.

As well as being a perfect solution for players who want to analyse their game, Tennis eSports also acts as trainer. Players can start gameplay with warm-up exercises and practice major tennis movements like forehand, backhand and service. The Tennis trainer can perfectly replicate different shots against the player, allowing them to experiment and learn, and build muscle memory.

“Our unique platform revolutionises the motion training method and provides a solid basis for tennis games and tournaments. Tennis eSports is based on a scientifically proven approach which helps players learn to move their bodies in a more efficient and focused way. Tennis eSports pushes the boundaries past what players would normally be able to achieve in traditional training only” Georg Gerstweiler, GTO VR Motion Learning

And there’s even a new Tennis eLeague where anyone can participate in e-tournaments from any location. While VR will never replace playing face-to-face with opponents, it opens the door to training and games with people anywhere – expanding the range of players you can face to be more than just your local community.

Tennis eSports is suitable for just about anywhere, from the home through to tennis clubs. VR Motion Learning is changing the game with Tennis Esports, offering the most realistic tennis physics simulation on the market, and it’ll be exciting to see what it serves up next.