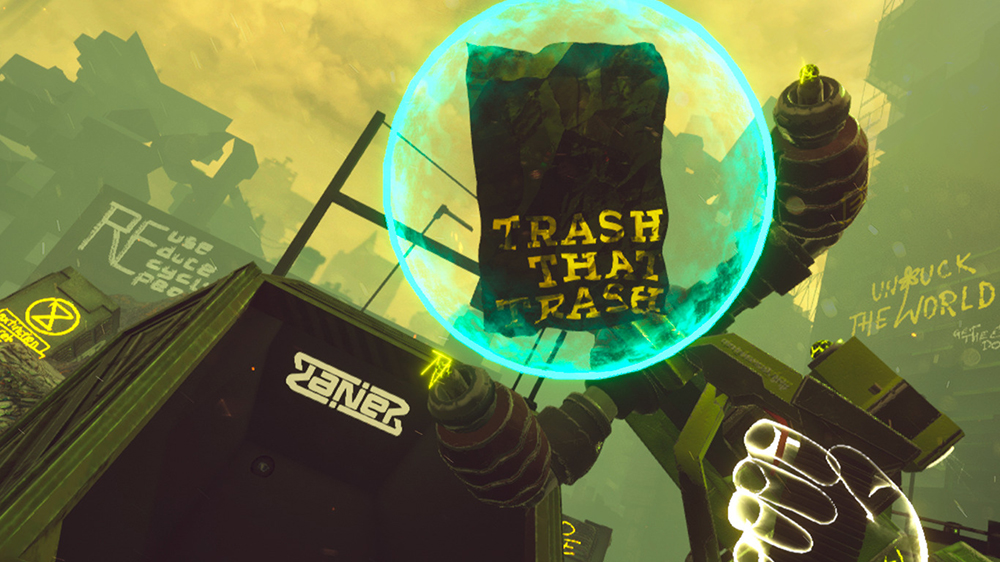 VR has the power to educate as well as entertain, but designing experiences that do both successfully is easier said than done. Luckily, the team over at Giant Lazer were more than up to the task when they created the sci-fi arcade experience Trash Rage. Tasked with cleaning up a planet ravaged with pollution and waste, you’ll use super cool robot arms to frantically sort a bevy of junk on your quest for a cleaner world and a higher score.

We sat down with the head of Giant Lazer to hear about what went into this addictive and enlightening experience.

For those unfamiliar, tell us a bit about yourself and your team – your background in VR and game development and so on.

Jakub Korczynski: I am the CEO at Giant Lazer. I have a technical, but also musical background. I worked on more than 25 VR/AR projects using various hardware setups and special features ranging from haptic gloves to A.I.

My team consists of people with a wide range of skills. Together with have built the first educational VR game in Poland and we are the creators of Industry XR – a platform for easily deploying VR and AR in Industry 4.0. We like to get creative with VR that is why we love doing different types of projects: for education, industry or gaming.

The first title that we decided to produce by ourselves and self-publish is Trash Rage – the environmental education VR game. The core Trash Rage team consists of nine people. Anita the cosplaying concept artist and developer, Ozi the programming wizz, Mahrcheen – 3D graphic artist and animator, Sebastian our sound designer, Matt our UX, Adam and Andrew, the photo/video crew and Ania which worked on organizing Trash Rage Game Days and marketing.

Trash Rage is a post-apocalypse set arcade experience about the impact humans have on the environment – was making the game educational as well as fun a goal from the outset?

Yes, it was our goal from day one. We wanted to create something that isn’t a typical educational game. Those tend to be very literal and in result not much fun. We wanted to take people somewhere, to tell a story and to make them sweat a little – the game is fast paced and can get intense.

What were your biggest sources of inspiration when crafting the world of Trash Rage?

Our inspirations came from many sources. I would certainly highlight Isle of Dogs – a Wes Anderson film. Others include: Love, Death And Robots: Three Robots, Elysium, Ready Player One, WALL-E, Suisei no Gargantia, Blade Runner 2049, The 100 and Gunnm: Battle Angel Alita. All these were strong visual inspirations.

Most of these are considered post apocalyptic fiction, where the main culprit is a rogue A.I., genetically modified cats or global (nuclear) war.

In Trash Rage we did include A.I., but the main theme is environmental destruction and trashing of the planet. The humans get a second chance after the A.I. goes haywire and destroys itself. In this post-post-apocalypse world it’s a fight for resources and a fight for survival.

I should also mention other inspirations like The Machine Stops by E. M. Forster and Brave New World by Aldous Huxley. We also were motivated by things such as the less and zero waste communities and Extinction Rebellion. 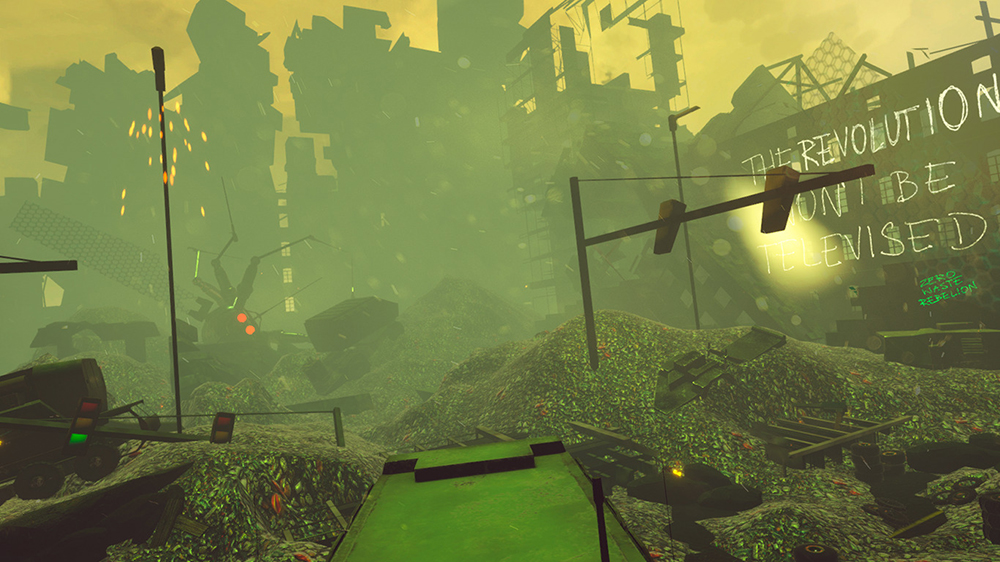 Were there any particular design challenges that your team encountered that you didn’t expect?

One such challenge was overcoming the limits of human perception. It quickly occurred to us that the mechanic we had envisioned was generally too hard for people. Most of them, trying VR for the first time, didn’t have the coordination and memory required to play Trash Rage. It was just too overwhelming. We had to tune things down a bit and do a lot of testing before we achieved a good balance of the game. Some people say “it’s very easy to play”. It is! But this required many hours of trail and error to achieve. We’re proud of that characteristic – anybody can learn to play in seconds. Of course the game is hard to master. It requires a lot of concentration to stay focused till the end. We are yet to see people achieve the scores we are able to, knowing the game mechanics inside out.

What are your thoughts on the role VR and other emerging innovative technology can play in regards to educating people – especially in regards to preserving our world?

Stanford research has shown that VR is an excellent tool for learning. They also proved that learning about environmental issues is a great VR use case.

I think that VR certainly has a future in education. When it comes to environmental education Virtual Reality can let people experience the consequences of our actions first-hand. This is in contrast to just reading some news or watching a video. We can learn by experience and really see our impact on the planet. 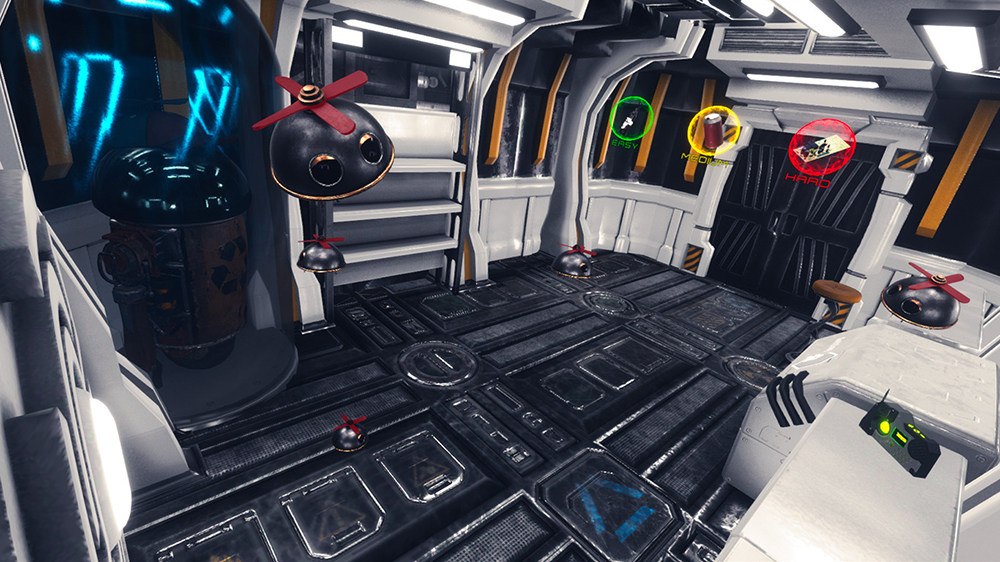 What kind of research did you do to prepare to make this ecologically minded arcade experience?

We first reached out to companies that work in the recycling sector. They helped us clear up common myths about recycling. We learned that unfortunately recycling isn’t the answer to all humanities waste problems. It works great in some cases like aluminium and glass. Other types of trash like plastic can’t be recycled efficiently, so only going to less waste or even zero waste is the real solution to reducing the amount of plastic in our environment.

We even made a short video about how many single-use plastic bags one might use during one visit to the grocery. It went viral in Poland.

We later talked with environmental educators and also managed to get feedback from the Polish Ministry of Environment about the recycling scheme we used in the game. It turned out that the regulations and what is often implemented locally differ. That is why we are planning to upgrade the game with an editor for educators. They will be able to adjust the trash sorting rules to their local regulations. With this upgrade it will be super easy to use the app for educational purposes all around the world.

Making something that people will want to play time and time again with lots of mechanical depth is no easy task. What was the design process like to craft this addictive and satisfying arcade experience?

We had some previous experience with a “First Person Catcher FPC” mechanic with our production Pack Rage. It was an educational game about symbols used for logistic packaging of dangerous goods. It was our first commercial VR game for WSB University and the first educational VR game in Poland too. To make the mechanic work for Trash Rage, we had to rebuild the game from scratch, but we used Pack Rage as a prototype for testing new gameplay upgrades.

We also managed to make some stuff a lot better. For example the Blob. The Blob is a bucket-sized piece of car oil goo that makes it harder for the player to see. In the first version this was something that blocked your sight. After tests with users it turned out that it wasn’t a good VR experience. Something sticking to your face makes you want to take your headset off. Finally it ended up being an LSD-like effect that changes the color of the world around you, so that it’s super hard to keep scoring points. 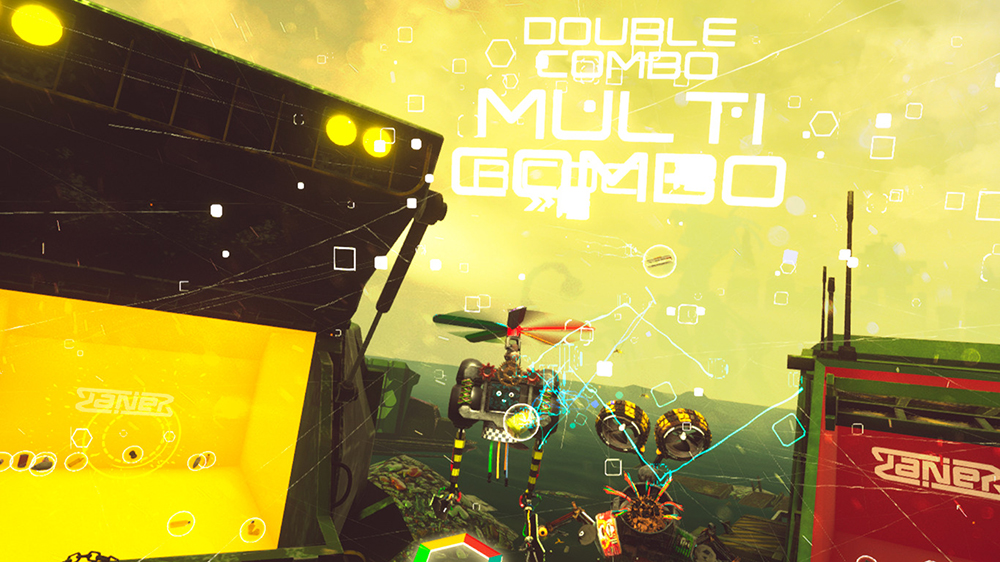 Have there been any surprising bits of feedback from players since launching that you didn’t expect?

A lot of very funny ones for sure. Some of this feedback is related to people trying VR for the first time. Besides that, we got a lot of love, though there were also those who didn’t like it. Because this isn’t your everyday zombie-shooter we expected some negative reactions. Fortunately the positive responses outweigh the negative ones, which keeps us motivated to keep pushing further. The best responses we got were from people that not only loved the game, but also were thrilled by our effort to educate about environmental issues using VR. That was the best feedback!

Easy content distribution, especially in the school setting is something that would push things forward and would allow us to reach more people with our message. Of course the development of hardware will further allow us to create better experiences for the end user.

Trash Rage is an Early Access title – what has that journey been like, and how is player feedback helping shape the direction of the game as you update it?

Before releasing the game, we gathered feedback on the ground during the many events we organised with Trash Rage. We gathered several hundred questionnaires and spoke with players. After the launch we have much more feedback – now worldwide. Based on this new feedback we are modifying our roadmap to better adjust to what the players are saying. What I can say, is that’s it’s very hard to make educational games. Especially if you really want to appeal to gamers and still have real educational value.

One example I can give of responding to player feedback is that we changed the whole slow motion experience. At first it was a SUPERHOT style slow-mo effect. But because it was hard for players to get a hang of, we changed it to more traditional slow motion.

We have been working on Trash Rage for a year now with some breaks for other work. 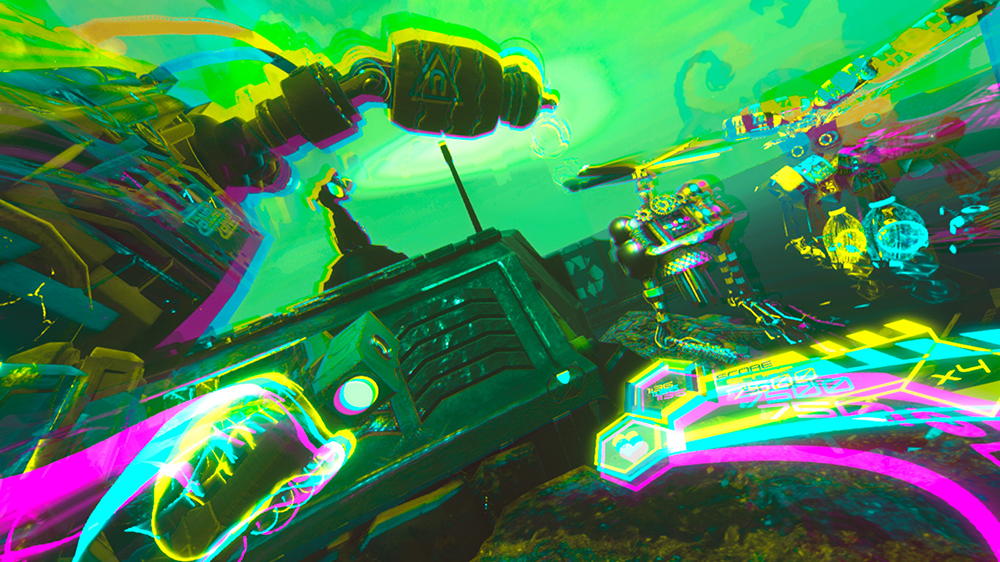 What do you ultimately want players to take away from their time with Trash Rage?

We want them to have fun first of all, but also to take some time to think about our impact on the planet. It would be great if people considered how simple things that we can do everyday can really make a difference. When people open their eyes and see that they have the power to make change in their daily lives that has benefits for them and their loved ones they will also start to demand change from business and government. Trash Rage is just a small drop in the sea of educational needs, but it’s a start.

Beyond updates to Trash Rage, what’s next for Giant Lazer?

We are currently working on some educational projects like language learning in VR, Japanese business etiquette in 360, a geometry and geography app for school children and an educational app about forest habitats. We are also planning some new cool stuff for Trash Rage beyond just basic game updates. So stay tuned!

Sounds exciting! Thanks for sharing this with us.

Trash Rage is out now on Viveport and Viveport Infinity. Start your free trial today and start warming up your robo recycling arm!