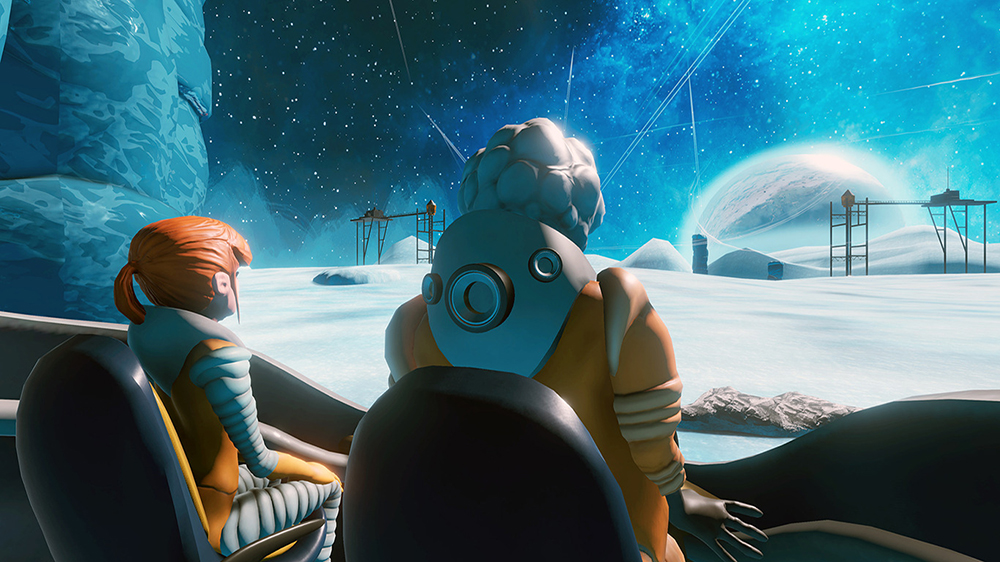 In the critically acclaimed cinematic narrative experience Lucid – out today exclusively on Viveport and Viveport Subscription – you’ll explore the deepest corners of the mind of an ailing loved one in search for answers and closure. We spoke with the development team at Breaking Fourth to find out what inspired this beautiful, dreamlike journey of loss.

Breaking Fourth is a leading virtual reality studio which has gained recognition from the world’s top film festivals and industry events. Our mission is to redefine storytelling. Our talented team of writers and directors are creating unparalleled experiences which take storytelling to a whole new level. Based in Kings Cross, London, we have been creating original productions since 2015.

What were the biggest sources of inspiration for you and the team when creating such an emotionally powerful VR experience like Lucid?

At Breaking Fourth, we are passionate about great storytelling. Virtual reality gives us the power to personally connect with every single audience member individually, and we want to respect that power by telling stories worthy of their undivided attention. Our first production, Ctrl, followed the story of a teenage gamer using video games to escape his own abusive reality at home. Whilst showing Ctrl, we realized that virtual reality has a incredibly powerful empathetic nature, putting viewers into experiences that they would never otherwise get to see. With Lucid, we wanted to explore this further and create a world in which viewers can experience something new. Theatre, particularly immersive theatre, remains a huge source of inspiration for us as there are significant similarities in the way that you tell stories in the two mediums. Stylistically, we take lots of inspiration from classic sci-fi and fantasy film, TV and animation. 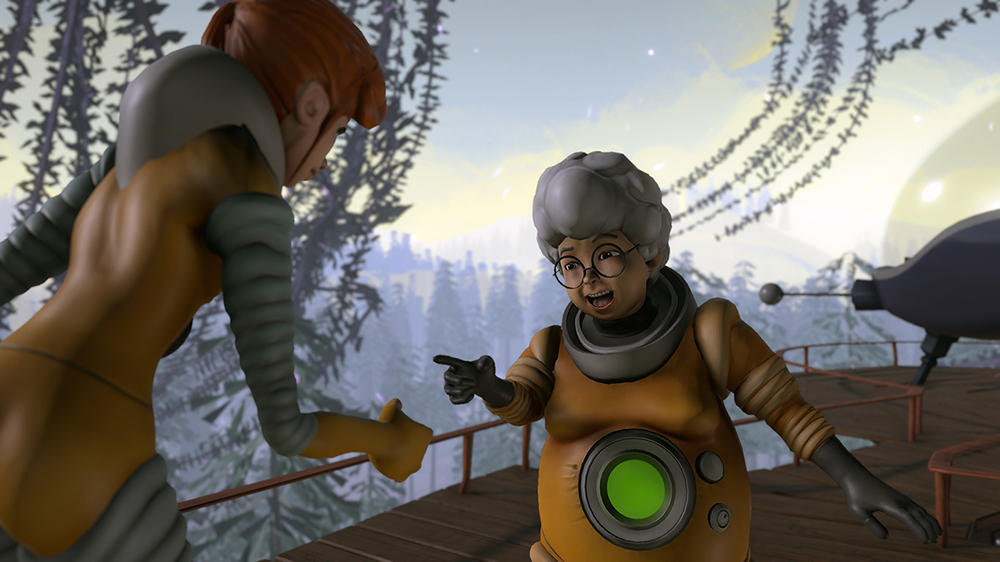 Lucid puts audiences in the shoes of a young woman who must venture into the mind of her ailing mother answers to her condition, and possibly closure. Talk a bit about how the concept came to be and how it evolved over the course of development.

Virtual Reality allows us to imagine and create impossible worlds – for example here, the audience travels inside the mind of a children’s book author and illustrator. The concept really began here, with an interest in neuroscience and exploring the mind. Pete Short, the director of Lucid, had been wanting to tell a story about dementia due to his own personal experiences, and we thought that this was the perfect opportunity to create a story which is fantastical and beautiful, and also touches on such a powerfully, emotional topic.

How did your experience developing cinematic, narrative oriented VR experiences on portable devices like Samsung Gear VR influence the creative direction of Lucid? What kind of challenges did you run into that were unique to developing for PC VR?

We set out to create an experience which would work for both mobile and seated, passive experience and then also could be viewed at room-scale. With our proprietary rendering technique, we knew that we could guarantee top-quality audio and visuals for the mobile VR headsets, however, we knew we had to create something that would run live for PC VR as well. The storyline of entering the mind of an illustrator allowed us to be really creative with the art style and art director Matt Saunders designed beautiful-looking worlds which were simple enough to run flawlessly on PC. 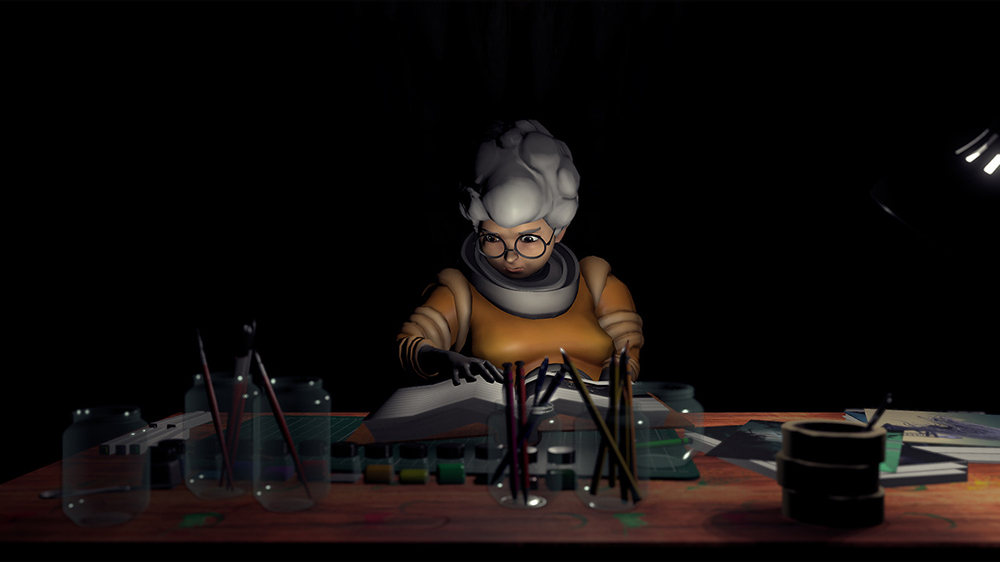 Were there any sequences, concepts or environments that you wanted to incorporate into Lucid but had to leave it on the cutting room floor?

We had several more stunning storybook worlds in mind for this production, but we decided to keep them back in case we ever made a sequel. We have a story in mind which sees the characters revisit the world of Lucid and we would love to include the other environment ideas into that.

Talk a bit about your thoughts on the state of VR in regards to it as a platform for telling stories, and where do you see it going in the future?

We think that virtual reality is the future of storytelling. However, there is still a long way to go before VR headsets are adopted as mainstream, and we believe that location-based entertainment will be hugely important in making this happen. There is still a bit of work to be done to break people’s preconception that virtual reality is just for video games, and with more theatrical, narrative based hyper-reality experiences like The Void, we hope that the public perception of VR will start to shift. 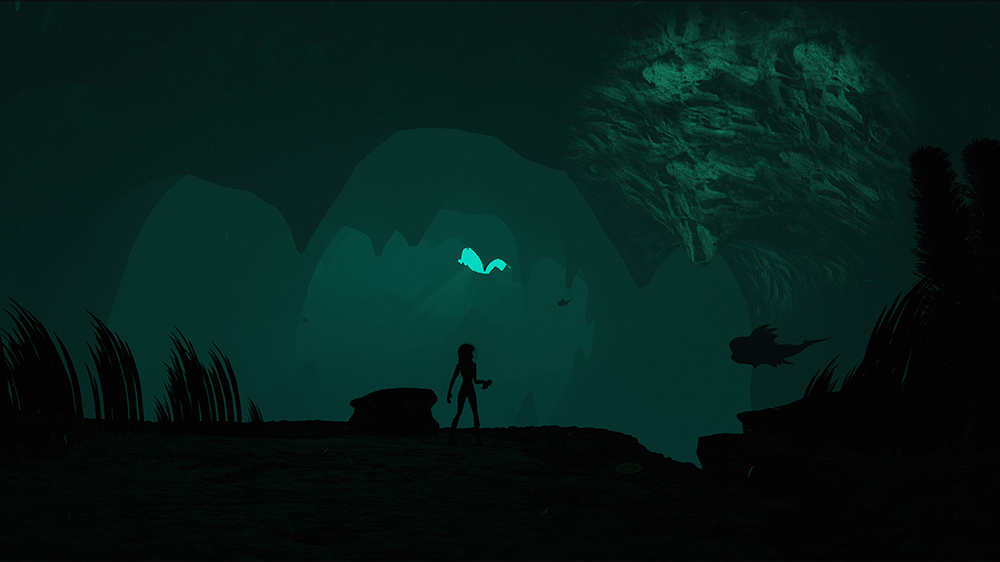 Lucid was an official selection at the 75th Venice International Film Festival, nominated for Best VR Award (Immersive Story) and Best VR Story (For Linear Content). Tell us a bit about your experience showing narrative VR to players in that space, and what kind of feedback did you get as opposed to other venues.

We were highly honored to have been chosen for Venice and to attend. We had an overwhelmingly positive response to Lucid there. The Venice audience is largely industry professionals, but is much more narrative-focused than at other VR events, so they seemed very receptive to Lucid. We noticed, especially, that female viewers connected strongly to the two main characters and found the story very moving. We received a lot of positive feedback that Lucid was unlike most of the other VR productions people had seen, in that it focused on story, script and character first and foremost.

“…the London-based production company Breaking Fourth demonstrates its mastery of filmic storytelling in immersive worlds. The treehouse, the gloomy forest, the ice desert, the rambling flight capsule – I experienced all of this up close in VR. The colorful world in Eleanor’s head is rich in variety and imaginative details, and perfectly tuned for VR’s visual experience. Here, Lucid combines the best from VR and film.

The captivating adventure revolving around a mother-daughter duo asks the big questions of life – and demonstrates, almost in passing, the definition of virtuous storytelling in VR.” – VR Geshichten

Are there any hidden Easter eggs to be found within Lucid?

Just one! When you’re in the hospital room, you can lean in and see inside the comatose mother’s head.

How many team members worked on Lucid and how long did it take to develop?

Lucid was built by a team of 22 people working for 9 months. This includes the actors, writer and creative team alongside the animators and developers. 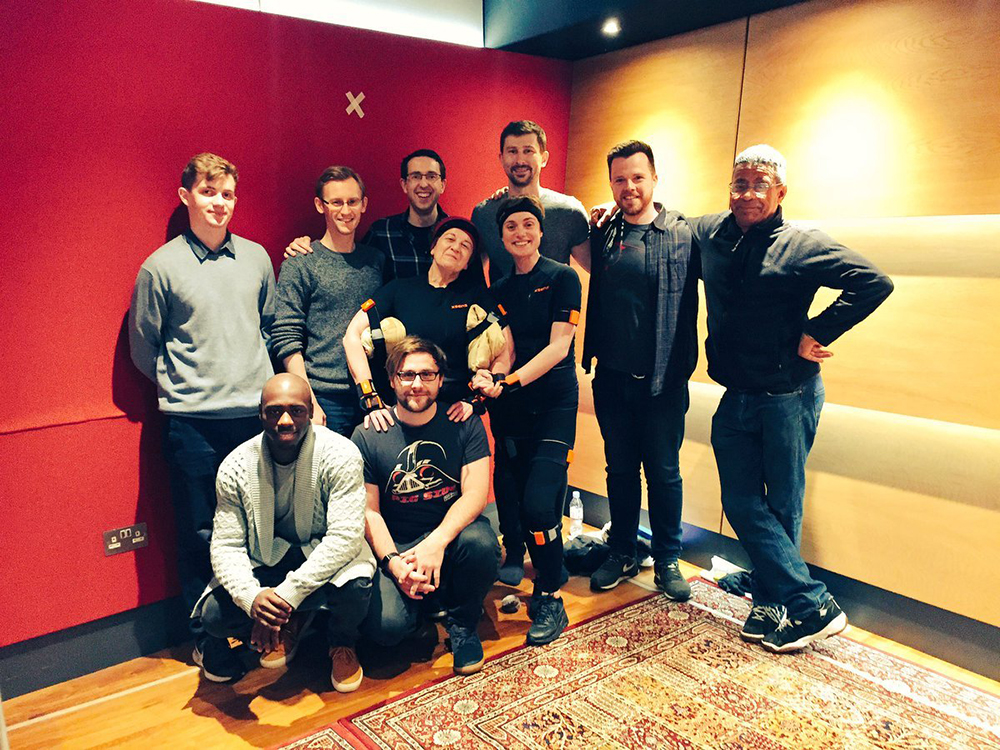 What do you want players to take away from their time with Lucid?

We want Lucid to be a celebration of life, enjoying the love and bond that is developed between family members, even in the face of sadness and loss. We hope that audience members will be moved and in awe of the beautifully animated worlds we have created, and also that they appreciate virtual reality as an art form in itself – a way to tell stories in which film, TV and theatre cannot.

What’s next for Breaking Fourth?

We are really looking to the next generation of headsets now and are excited by the possibilities that untethered and room-scale VR brings to storytelling. We have proven that we can tell stories and have gained significant recognition from film festivals worldwide, so now we want to make sure we remain at the forefront of cinematic virtual reality by harnessing the new technology as it’s released. Among other projects, we are currently working on adapting a Hugo award-winning sci-fi short story to room-scale VR.

Exciting to hear! Thanks for chatting with us.

Lucid is now available as a Viveport and Viveport Subscription exclusive. Not a member? Start your free trial today!