Getting your green thumb with the serene art experience Fujii 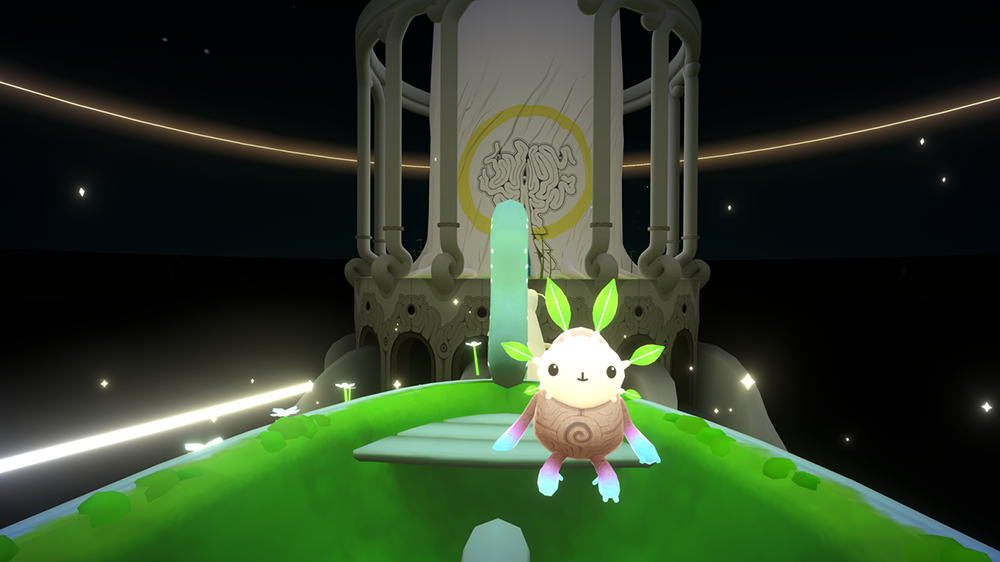 The development team at Funktronic Labs – creators of Viveport Infinity classics Starbear: Taxi and Cosmic Trip – sought to meld elements of interactive art installations with intuitive logic puzzle gameplay to create a beautifully serene experience utilizing the tools of VR to immerse players in an utterly unique world of nature and wonder. They spoke to us about what went into making the naturalistic experience Fujii, out now on Viveport and in Viveport Infinity.

Funktronic Labs is a small studio based in Pasadena, California. We focus on forming playful connections between humans and technology. 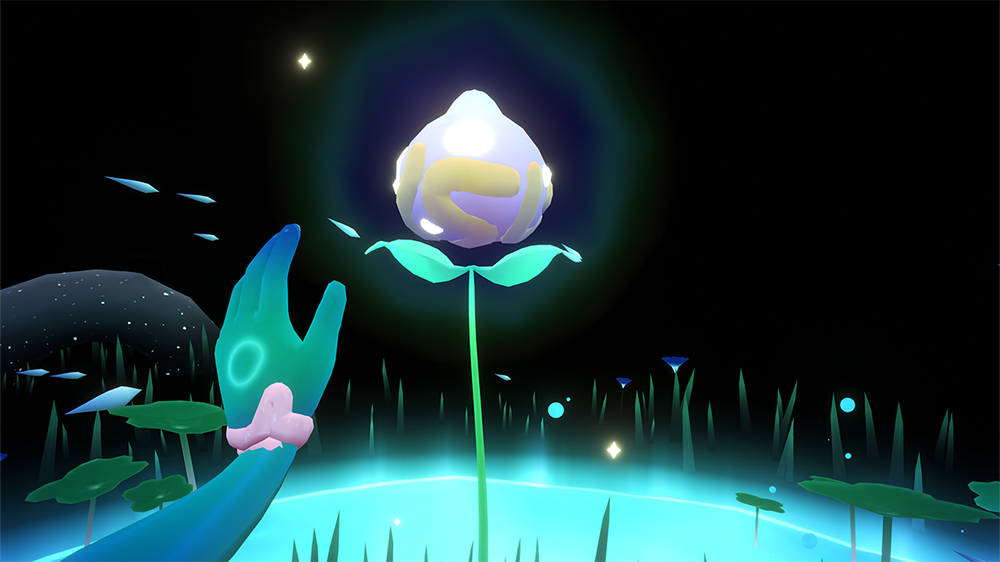 What were some of your main influences on the design concepts and world of Fujii?

On a fundamental level, Fujii is inspired by the idea that we’re interconnected through nature — everything flows from that. In terms of visual design, we looked at a lot of aquaculture designs when coming up with the aesthetic feel of Fujii’s world; we were interested in creating a world that felt like it was somewhere between outer space and underwater.

Fujii is a dreamlike, artful experience that is equal parts art installation as much as it is an atmospheric puzzler. Was striking a balance between experiential interactivity and more gamified moments a goal from the outset or did it evolve over the course of development?

We decided pretty early on to go in this direction, developing a relaxing, transportive experience that allowed users to move through the world at their own pace. We wanted to capture something of the essence of gardening — being immersed in nature, directly caring for and interacting with plants. The state of VR right now isn’t particularly conducive to spending long hours grinding away at traditional game mechanics, so we scoped our vision to accommodate this. 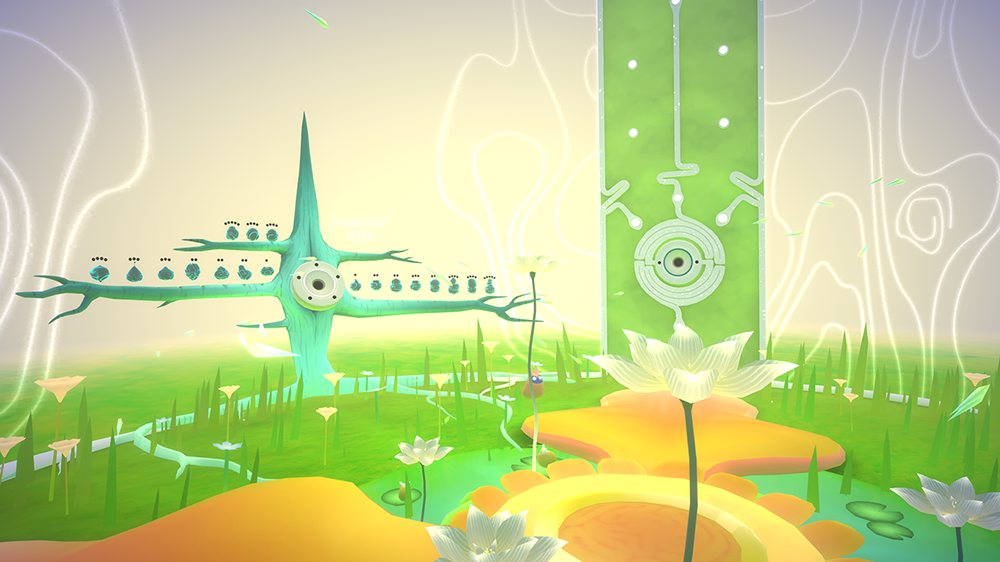 Funktronic Labs has predominantly developed for VR lately, with a few titles in the more traditional games space. Share with us your thoughts on the state of VR and what you’d like to see from the technology or the community going forward.

We’re interested in developing experiences across all kinds of hardware and platforms, but we’ve definitely been drawn towards mixed reality in recent years. While getting the hardware into people’s homes is a challenge, we believe the barrier to entry is actually much lower than traditional games. Controlling the camera comes very naturally to people, since it’s as simple as turning your heads, and the ability to fully immerse people in a world — away from their phones and computers — is a powerful thing in this age of distraction.

What has the reception been like so far for Fujii? Have there been any particular bits of feedback that has surprised you?

We’ve been really happy with the response! We’ve had quite a few folks tell us that it’s one of their favorite VR experiences to date, which has been wonderful to hear. While it wasn’t a total surprise, it’s also been fun seeing all of the users who have had out-of-body experiences with the game in altered states of consciousness.

This game is adorable! Every bit of it is oozing with cuteness and charm. Were there any concepts, designs, sequences or so on that you had to cut from the final version of the game? I imagine that would be heartbreaking if so!

There was so much! Our initial design for the game was much more involved than what we were ultimately able to build in such a short dev cycle. We wanted to go much deeper on the creature interactions, and we had a lot more narrative elements that ultimately didn’t make it into the final experience.

How big was the dev team throughout and how long did Fujii take to make?

We were a team of roughly 9 people (give or take, depending on the phase), and we worked on the project for about 14 months, including pre-production. 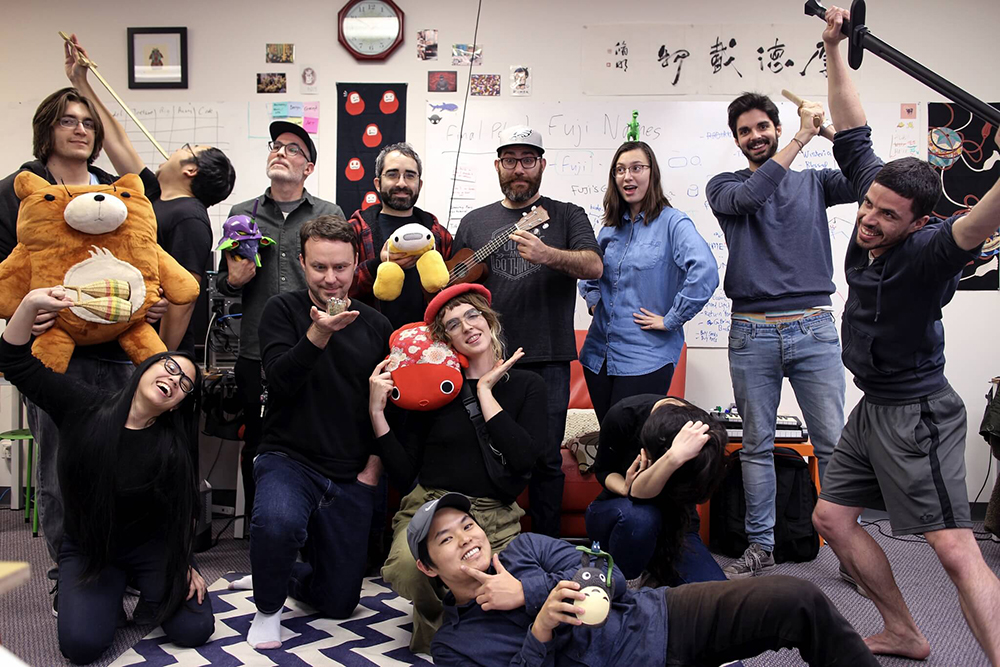 Are there any plans for additional content to be brought to this artful experience that you’d like to tell our readers about?

Nothing at the moment, but we just released the ability to have multiple save files, as well as enabled free locomotion.

What do you ultimately want players to take away from their time in Fujii?

We hope players will feel enriched, relaxed, and rejuvenated through their time in Fujii. 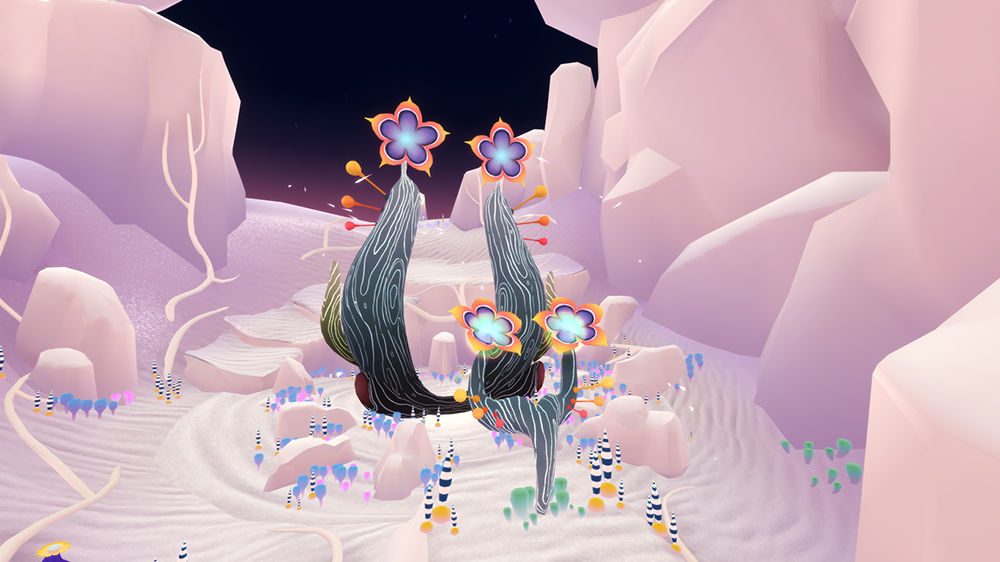 We definitely want to explore more in VR and AR, as well as more traditional “pancake” experiences. And pancakes. Lots of pancakes.

The perfect way to celebrate a launch! Though a little bit goes a long way.

Thanks for taking the time to chat with us, and congrats on launching another amazing Viveport experience!

Fujii is now available on Viveport and as part of your Viveport Infinity membership. Not a member? Begin your free trial today and start poking at weird and beautiful flora and fauna!

Come talk about your journey through the beautiful worlds of Fujii with your fellow VR adventurers over on our Community Forums!