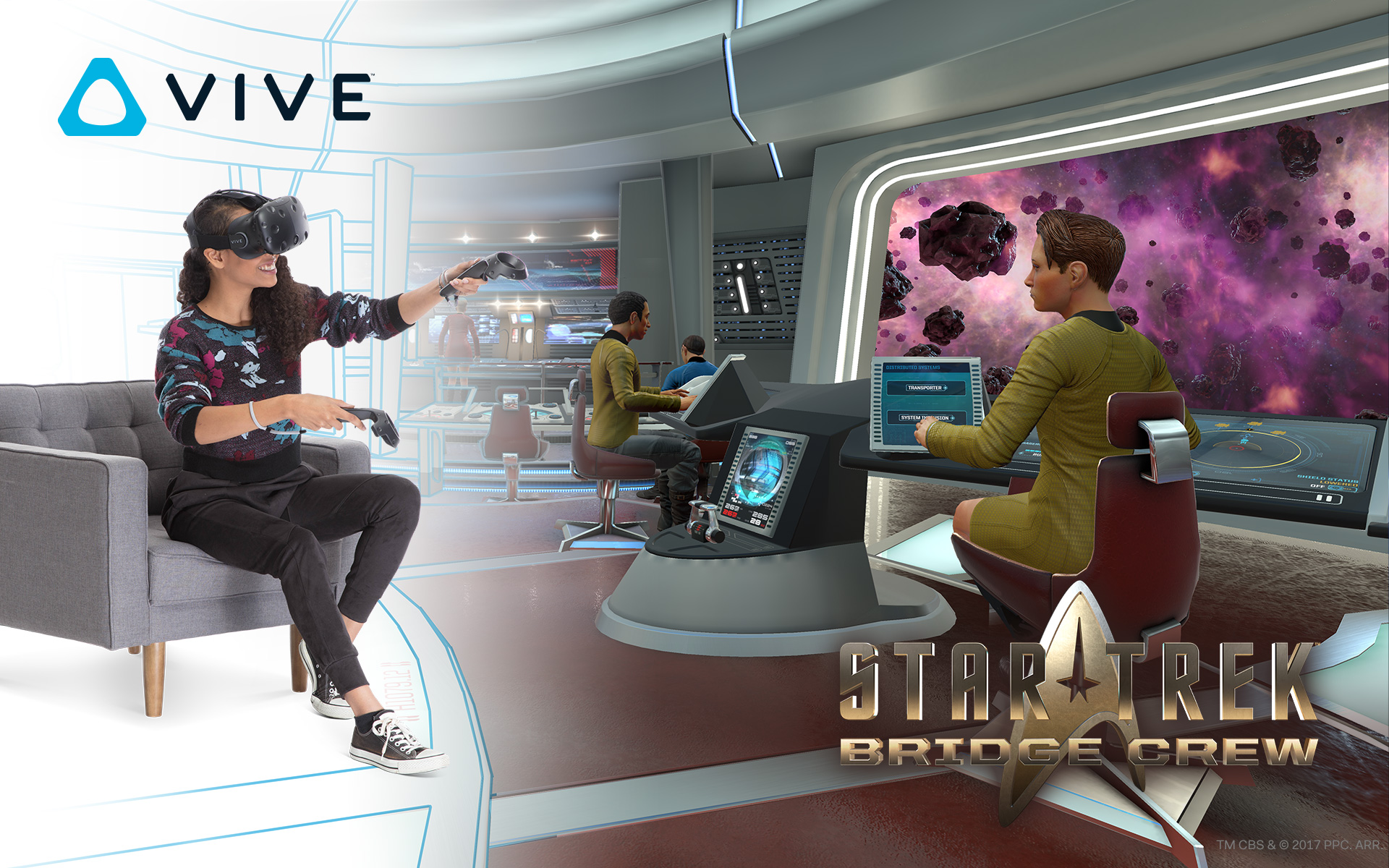 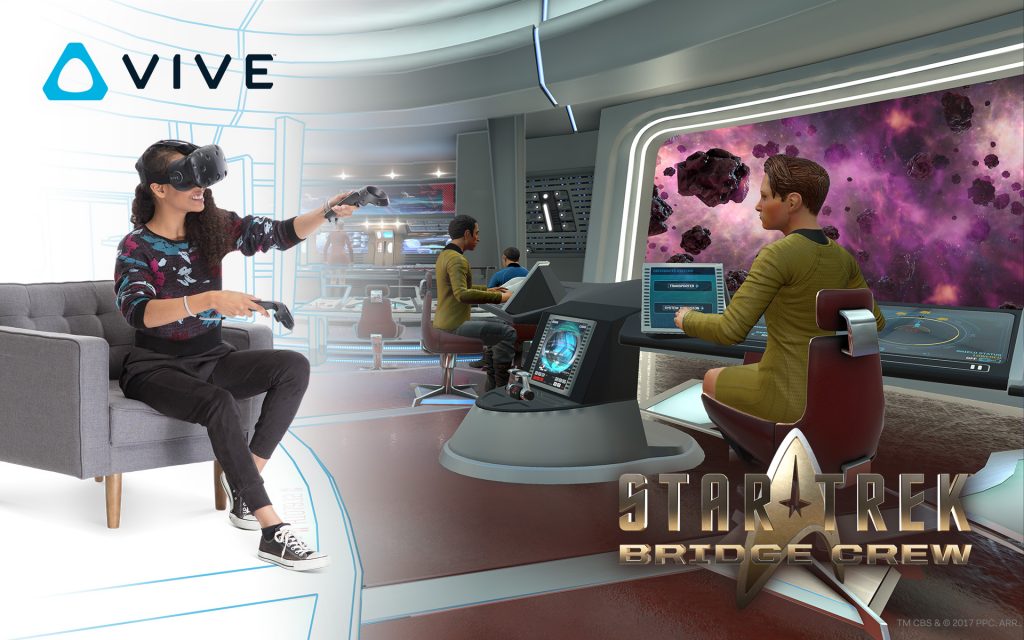 Set your Vives to stun!  With the launch of Ubisoft’s Star Trek: Bridge Crew today, we’ve got new bundles that will help you get VR-ready and explore the final frontier.

Starting today each purchase of the HTC Vive will include a free copy of Star Trek: Bridge Crew. In addition, Vive paired with certain graphics cards and PCs will also net special promotional pricing. Read on for more.

Developed specifically for VR, Star Trek: Bridge Crew puts you and your friends in the heart of a starship, where-as officers of the Federation – every action and decision you make together will determine the fate of your ship and your crew.

“Star Trek has always pushed the boundaries of the imagination and the concept of virtual worlds,” said Daniel O’Brien, GM of US, HTC Vive. “Ubisoft and Red Storm have made a huge commitment to bring AAA gaming to virtual reality and the Vive. We couldn’t be more excited to bundle copies of Star Trek: Bridge Crew with Vive purchases to celebrate the launch, and at the same time offer different PC bundles to bring more people into the experience.”

Star Trek: Bridge Crew features single player and up to four player online co-op multiplayer where the Federation dispatches you and your crew to command the new vessel U.S.S. Aegis as part of a critical initiative. With Vive, gamers can use a single set of Lighthouse base stations to enable local multi-player for an entire Bridge Crew.

Bundles in the final frontier

To expedite your journey to explore uncharted territory, Star Trek: Bridge Crew will be bundled with hardware and graphics cards specials:

In addition, all Vive purchases include everything you need for room-scale VR out of a single box, including two motion controllers and two Lighthouse base stations. In addition to Bridge Crew, new Vive purchasers will also receive Everest VR, Richie’s Plank Experience, and one free month of Viveport Subscription.

To celebrate the launch of the game, we’re taking over Portal – the new all-Vive VR arcade in Seattle. On June 1, from 5 to 10 p.m., we’ll be inviting away teams of all sizes to take their turn at the helm of the U.S.S. Aegis. Ready to take on the famed Kobayashi Maru? Ready to captain your friends through uncharted missions? If so, register here for a demo time: https://vivelive.setmore.com. Note that demo slots are limited. Tune into our social channels for more details on Twitter and Facebook. 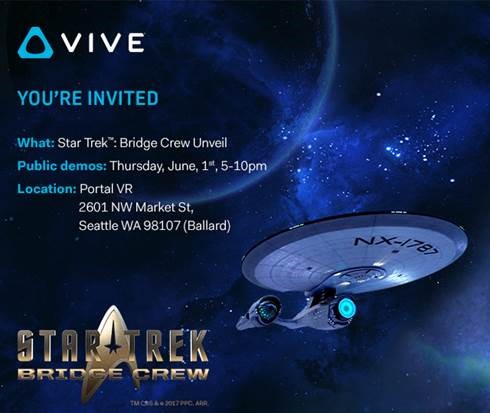 We’ll see you in the final frontier.