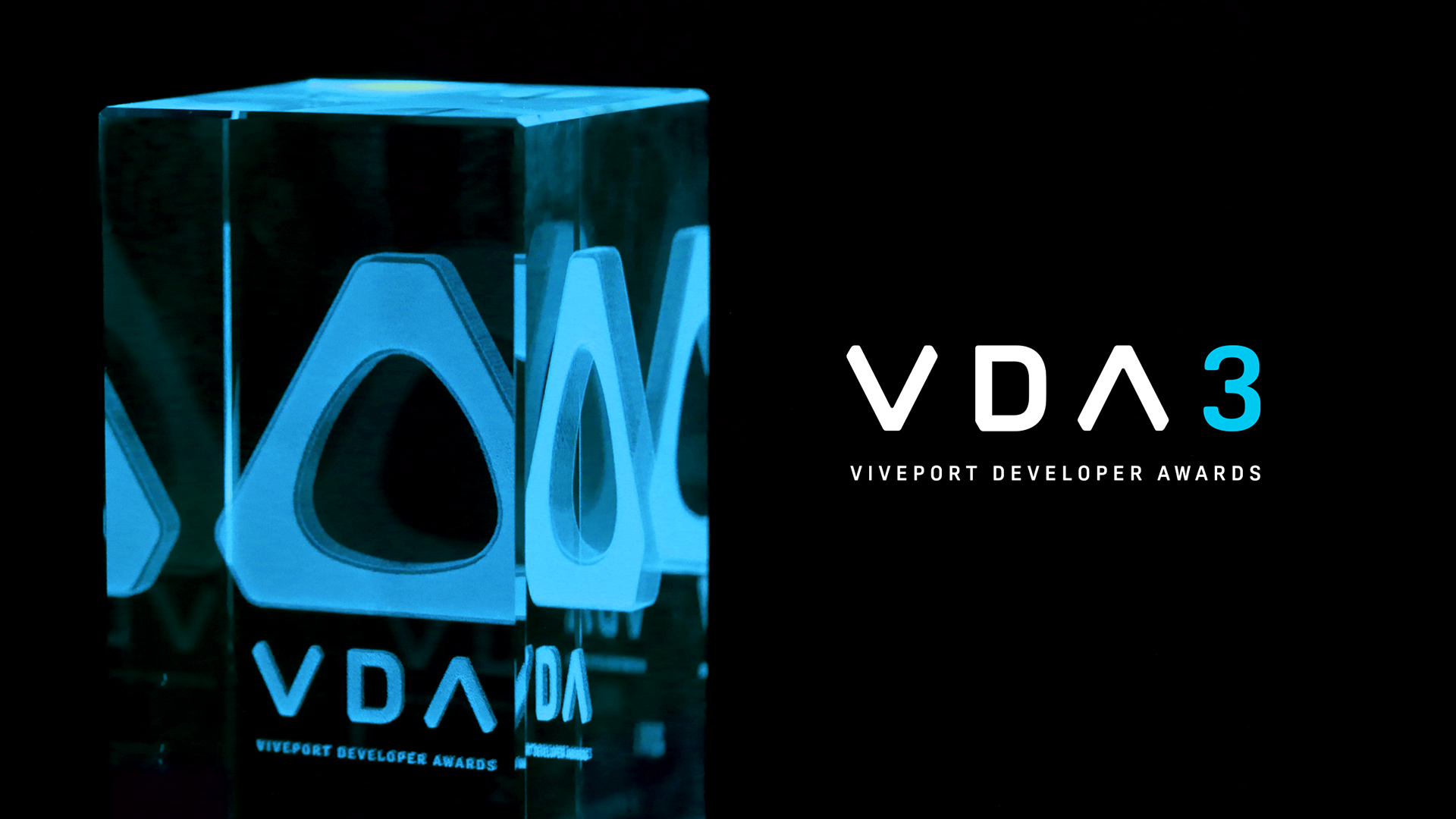 VIVEPORT today opened submissions for the third annual Viveport Developer Awards. The awards program is an open contest for VR developers who have been, or will be, published on Viveport Subscription. Winners in each category can walk away with up to $50,000 in cash and prizes to support their current and future development objectives.

The Viveport Developer Awards is an opportunity to celebrate and reward the exceptional studios and content that have contributed to the platform’s success. This year’s batch will have one winner and one finalist from four PC-VR categories and one winner from three VIVE Wave categories. Now is the best time to be a Viveport developer as winners will receive a cash prize, the newest Vive hardware, tickets to the 2019 Game Developers Conference and marketing support, including a “Viveport Developer Stories” video, totaling over $50,000 in rewards.

“Developers have been the key to Viveport Subscription’s great success this year as we’ve seen our subscriber base grow 5x due to our ever increasing library of top-quality content,” said Rahul Sandil, Corporate Vice President, Marketing for Viveport and VIVE Studios. “The Viveport Developer Awards are just another way Viveport puts developers first. With the most avenues to monetize their content, full marketing support, 100% revenue share during the busiest quarter of the year, and double the reach with the support of Oculus Rift, Viveport continues to be the best platform for VR developers.”

Categories span the most popular genres in Viveport Subscription, including entertainment, education, arts & culture and arcade. There will be one winner and one finalist across all four categories for PC-VR titles and new this year, there will be one winner from the three Vive Wave categories. Vive Wave is the quintessential open VR platform for developers to create content for standalone devices. Breakdown of this year’s categories are as follows:

Captivates the player in an engaging world and story. Features interactivity that is satisfying and rewarding. Leaves a lasting impression. Encourages the player to revisit the title again and again. Games and narrative-driven experiences.

Offers immersive and interactive learning experiences for the classroom or outside of it. Sparks curiosity, imagination and passion for intriguing subject matter.

Enables, preserves, and democratizes creation in the arts. Addresses a diverse, global audience and contributes to the knowledge and enjoyment of cultural heritage.

Delights customers new to virtual reality. Designed for location-based entertainment considering ease of learning and playtime. A great choice for venues and businesses offering virtual reality experiences. The title is required to be opted-in to the Viveport Arcade program.