Time to escape A Lost Room 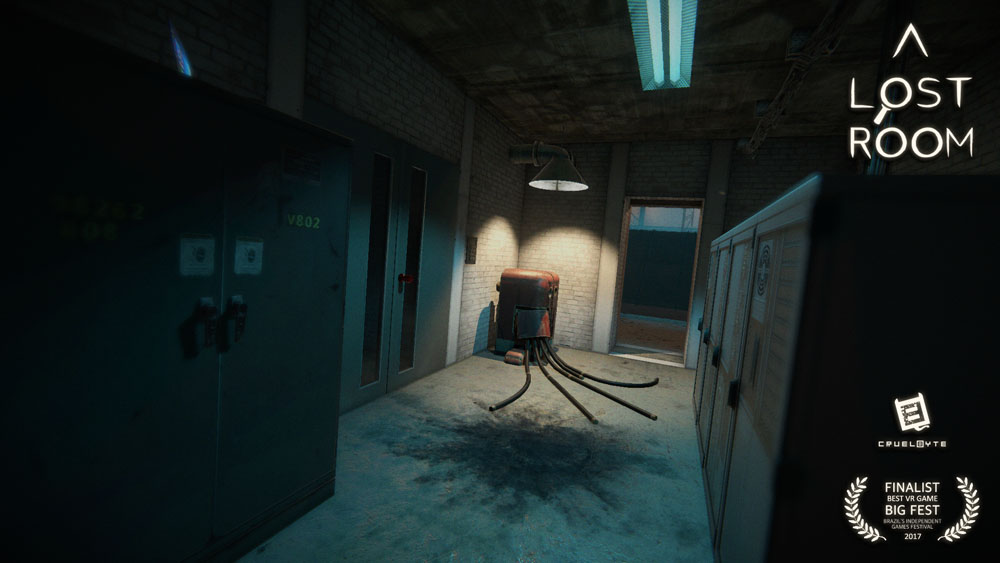 We spoke with Igor Pereira – producer, game designer, programmer and partner at Cruel Byte, creators of A Lost Room. 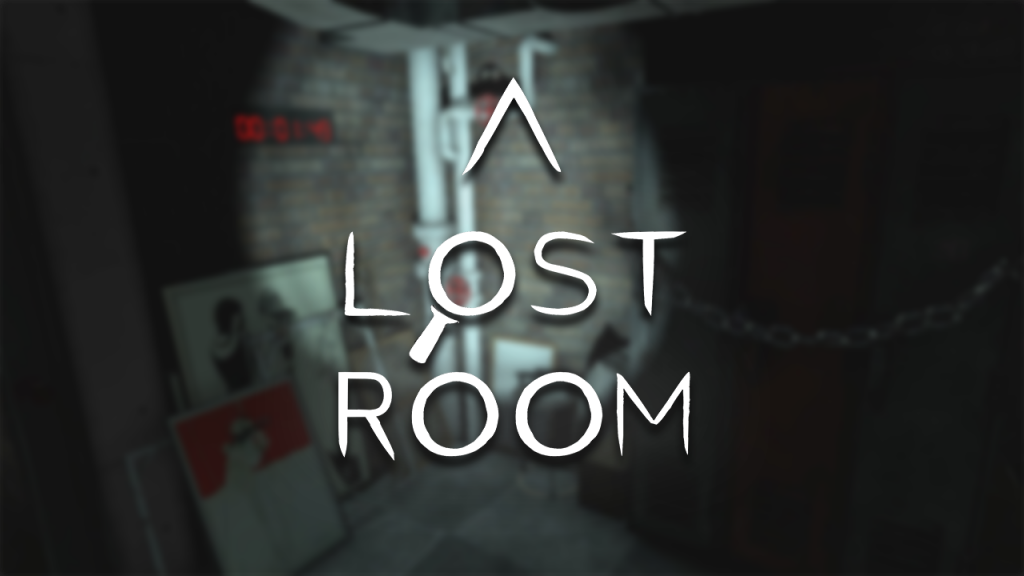 Tell us about Cruel Byte, and A Lost Room.

Cruel Byte is a game development studio, founded in February 2016. We started as a mobile games company, and quickly switched to VR when we sold our first big project for clients. Since then, we’ve been focusing our efforts on making great VR experiences. From marketing, to psychology, to games, our goal is to show VR to lots of people, and show what it can do to make peoples lives better!

For A Lost Room, we wanted to make a good game, and show what could be done with an escape game, since we all love this genre, and we constantly play real-life escape games. We wanted to make our mark in the VR games industry, with the best escape game we could create!

What was your inspiration behind A Lost Room?

Our inspiration came when I went to a real-life escape game. We have just started working with VR, and I was absolutely blown away about what we could do with VR and an escape game. It’s a great concept, and something we could work towards any direction we wanted from the game genre.

Why should people check out A Lost Room?

I think people should check out our game mostly because of what we’ve done with the graphics, ambient sound and puzzle design. The graphics are great and real, the ambient sounds are massive, and the puzzles are the ‘nice’ type of hard – making you think a lot, but not being impossible.

We think A Lost Room is quite different because of the game’s visuals, size and puzzle difficulty. You start in a 10-meter-squared room, and about fifteen to twenty minutes later, you’re in a room ten times larger, feeling completely lost. There are some mysteries to be found in some places, and the ambience really puts you in there, and makes you forget about the real world. Also, the puzzles are a little bit different, mixing audio, views, input, item combinations, light and darkness. Mixing all of this in a huge environment, I think it’s what makes A Lost Room unique and special. 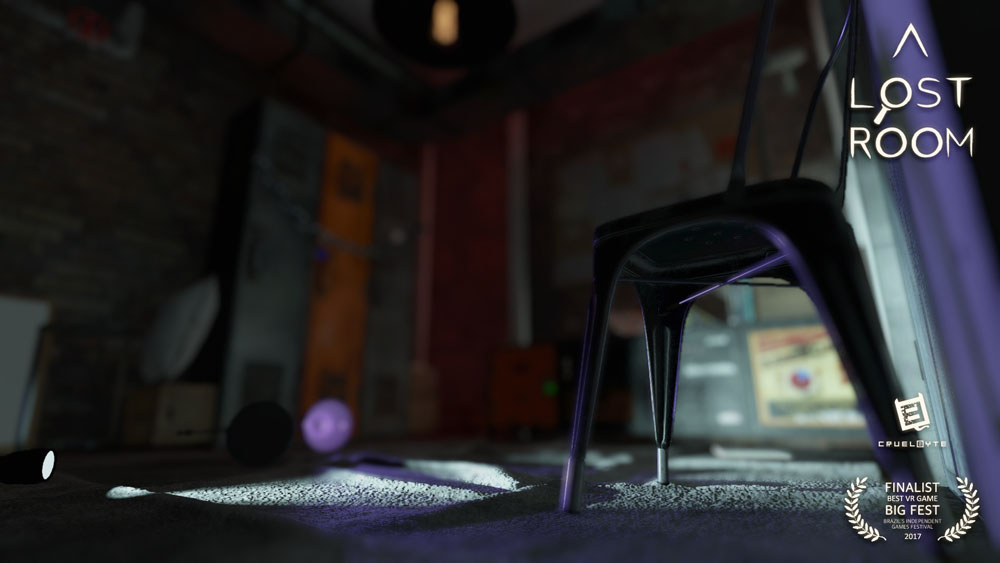 You describe A Lost Room as combining the best of both worlds – the benefits of VR with real-life escape games. What can you do here that you don’t get in a real-world escape room?

In A Lost Room, we made an environment that couldn’t be created in a real-life escape room. It’s a huge complex, with different environments, and torn apart places. You’re transported to a place that maybe could exist, but it’s extremely unlikely.

What sort of research did you and your team do to create the game?

We played a lot (and I mean A LOT!) of escape games (in VR, real life, and web-based), general VR games, and general puzzle games. Also, we drank a lot from the hidden objects games fountain! We gathered well-thought-out and smart puzzles from other games, adapted some, were inspired by others, and created new puzzles. We also thought about those hidden rooms in horror movies and how to reach them, and adapted to our needs.

Without giving us any clues or hints, what is your process for creating an escape room that is not impossible but challenging enough?

Our process is kind of iterative. We first think of all the puzzles we can, items combinations, puzzles with lights, sound, locks, and anything else we can think of. Then, we order the puzzles by difficulty and probable fun people will have playing them. Then, we create a flow of the game, with ambient sizes and orders, putting the puzzles in the right places, to make the game harder and harder as it proceeds. The ‘secret’ is to show the player what the game can do, and steadily increase the difficulty, to keep the game entertaining and new, without losing its main feel. 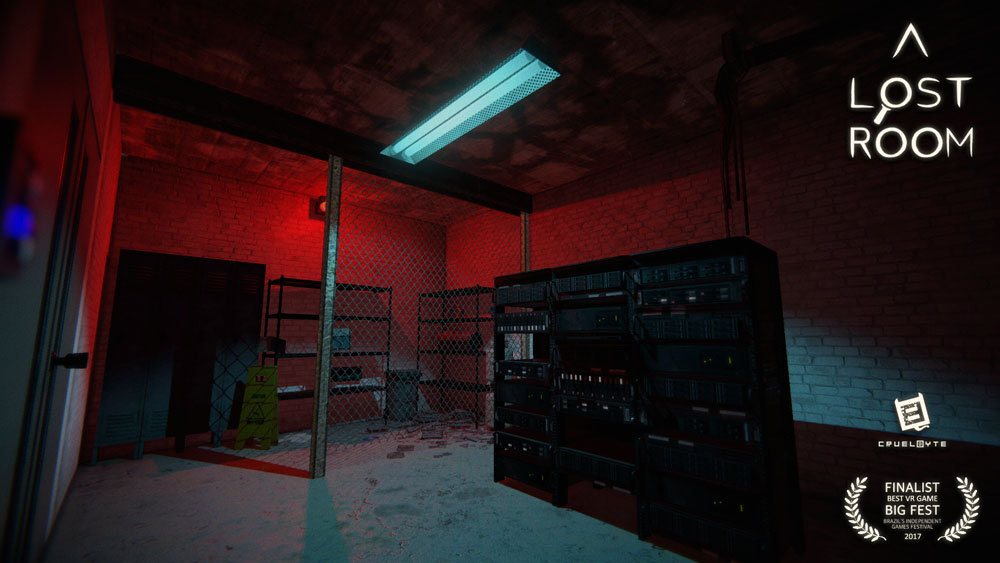 A Lost Room was a finalist for Best VR Game at Big Festival 2017. Congratulations! What was that like to be recognized?

Can you tell us or give us a hint on what Cruel Byte is working on next?

We can’t tell you exactly what it is, but our next game plans on uniting VR players with PC players, on a cooperative experience. We want to make everyone play with everyone on their preferred device, without any barriers. We hope we get to tell everyone about it next year!

Thanks for talking to us, Igor!

A Lost Room is now available on Viveport and as part of Viveport Subscription.