As VR and immersive tech have continued to become fixtures in film festival lineups in the past few years, Vive is thrilled to be supporting two pieces of content that are pushing the boundaries of storytelling and technology. Both experiences will be part of Sundance’s New Frontier at the Ray, where some of the best VR experiences, social VR platforms, mixed reality and location-based experiences being produced today are exhibited. 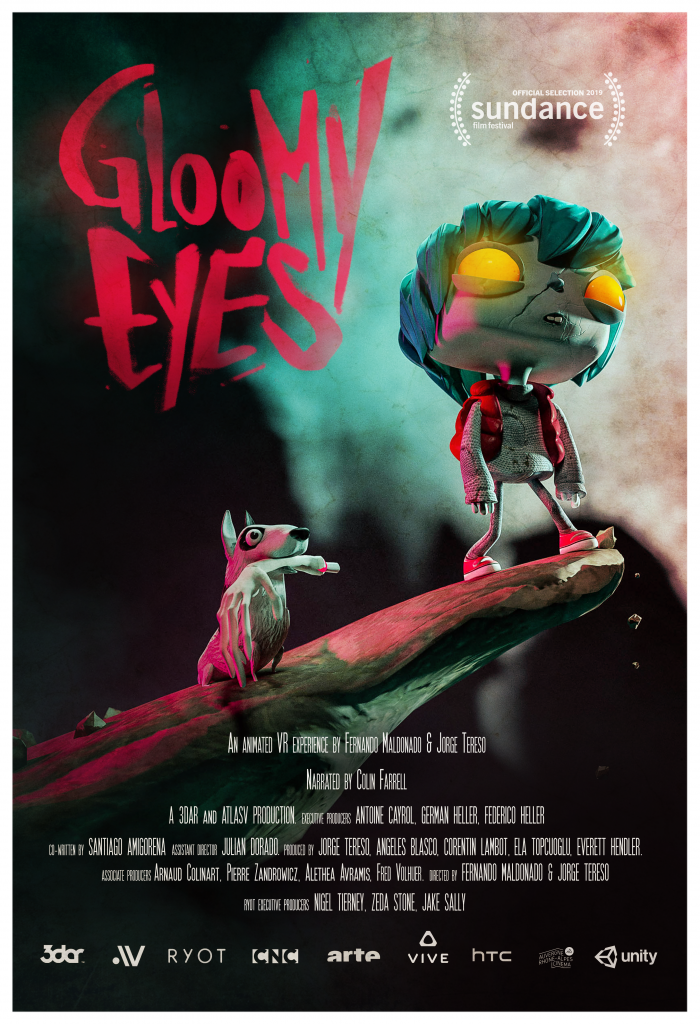 “In this exquisite VR experience, it is 1983 on a cold night in Woodland City, and being a zombie is still illegal. Like all of his kind, Gloomy is hiding in the forest, away from bounty hunters. The night is quiet, but Gloomy still tries to stay out of sight. He doesn’t feel comfortable around others of his kind. While bitterness plagues the city, he strives to find a balance in his mysterious dual nature.”

Atlas V’s Gloomy Eyes is a three-part animated VR series directed by Jorge Tereso and Fernando Maldonado and narrated by Colin Farrell. The first episode will debut at Sundance, introducing viewers to the forbidden love story between a human girl and a zombie boy in a town where being a zombie is outlawed. Gloomy Eyes is produced by ATLAS V and 3dar, and co-produced by Ryot, Arte and HTC Vive, with the support of the CNC, Unity and Rhones Alpes. In addition, Vive is the exclusive distributor of Gloomy Eyes in Asia. 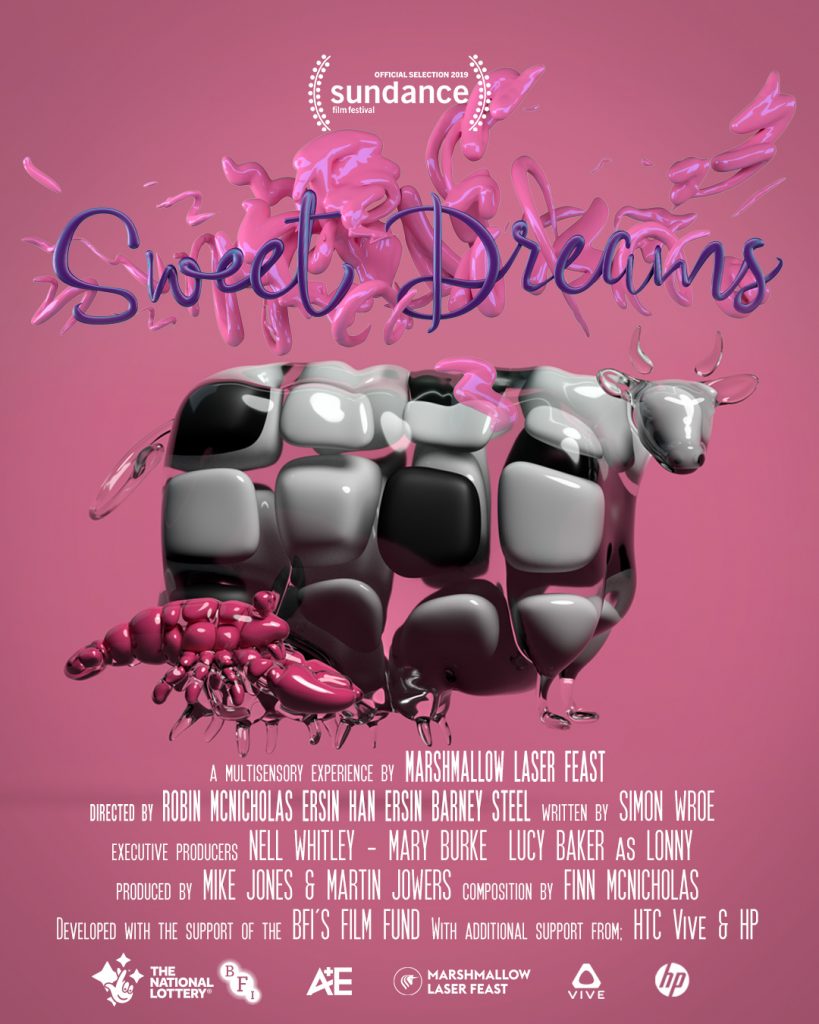 “Sweet Dreams is a contemporary allegory presented as a spatial drama wrapped in a sugar coating. You are invited to Luscious Delicious Land, a land of plenty which you navigate with all your senses. Lonny, a long-time inhabitant, is your guide. You see the world through her. Lonny’s tasted all the delights of this world, but in pursuit of ever greater thrills, she’s made some faux pas…  Take your seat at the table, listen to Lonny, and sample the delicacies of Luscious Delicious Land. Forget about the mistakes. You don’t have long in this world, so enjoy.”

Marshmallow Laser Feast invites viewers to embark on an otherworldly dining experience that caters to all the senses. This location-based experience is a spatial drama, combining social VR, food, and AI in ways that create synesthetic experiences for audiences.

Both titles will release on Viveport so check back for more details as we get closer to launch! If you’re at Sundance, you can find these experiences at the New Frontier at the Ray, shown from January 25th – February 2nd on the VIVE PRO.