VIVE Tracker Bundles Up In Time For The Holidays 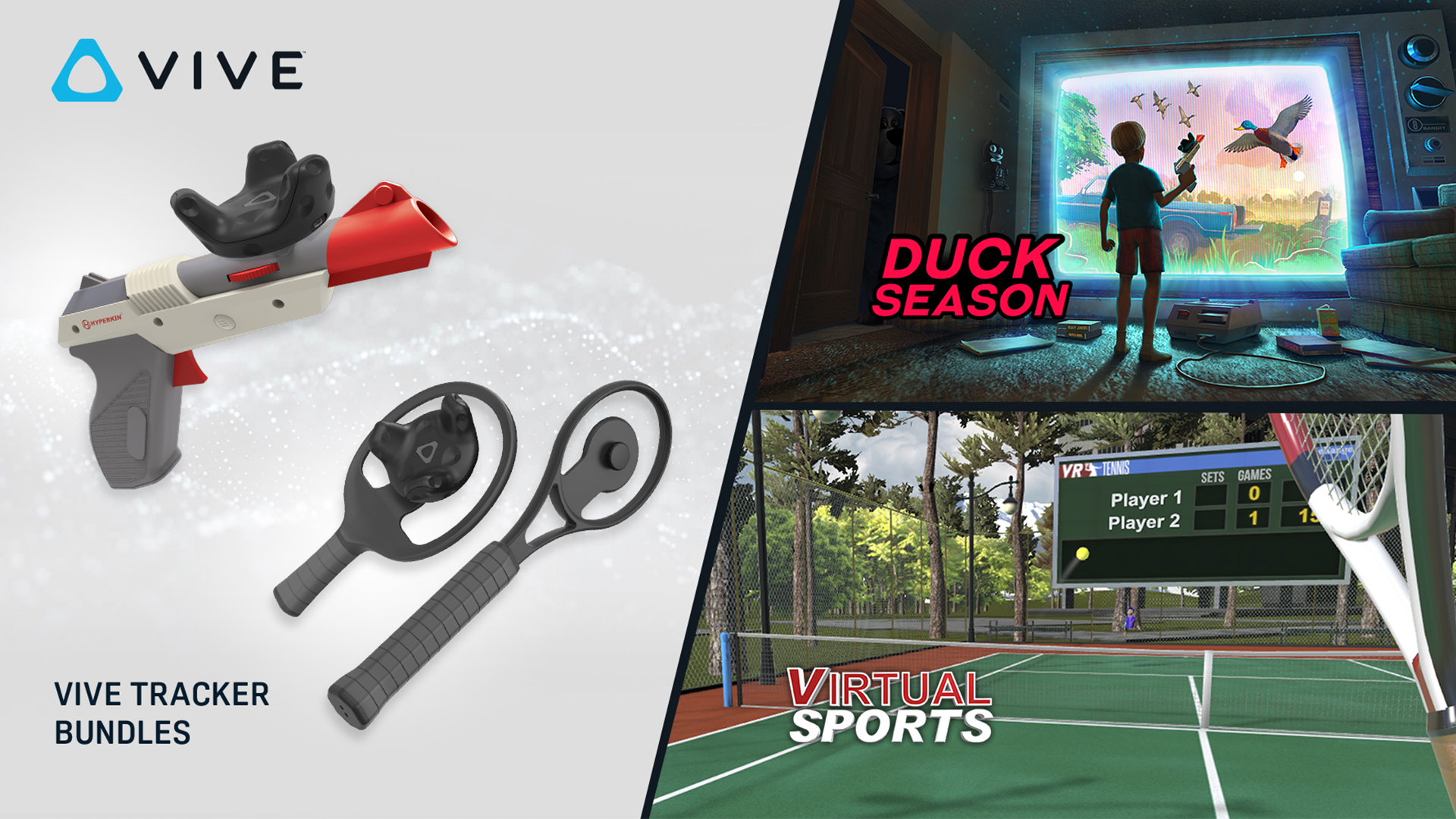 It’s been a great year for Vive Tracker and we’re consistently impressed by the way the developer community has integrated Tracker into their experiences, prototypes and arcades. From MarioKart VR, to full body tracking, to the first VR keyboard, Vive Tracker enables new types of VR projects quickly and affordably.

But that’s just for developers and businesses. Starting today, we’ve got our first line of Tracker peripherals and accessories for Vive users at home.

The first Vive Tracker accessory bundles are available for pre-order today with expected arrival dates of mid-December (just in time for the holidays).

Note, the Rebuff bundle does not ship with a Vive Tracker so you’ll need to order directly from Vive.com

The Hyper Blaster brings a retro light gun to VR for the first time. When paired with Vive Tracker, the Hyper Blaster serves as both a gun and motion controller in integrated games such as Duck Season, Arizona Sunshine, The American Dream VR, Operation Warcade, TacticalAR, and Practisim VR. The Hyper Blaster will be sold exclusively through Amazon and includes Duck Season as a pack-in title, and one Vive Tracker, all for $149.99. Duck Season, by Stress Level Zero, is a throwback to the golden age of 1980’s gaming and movies with a hint of horror in a Spielbergian universe. Unique to Duck Season, the Blaster is virtually represented within the game world. 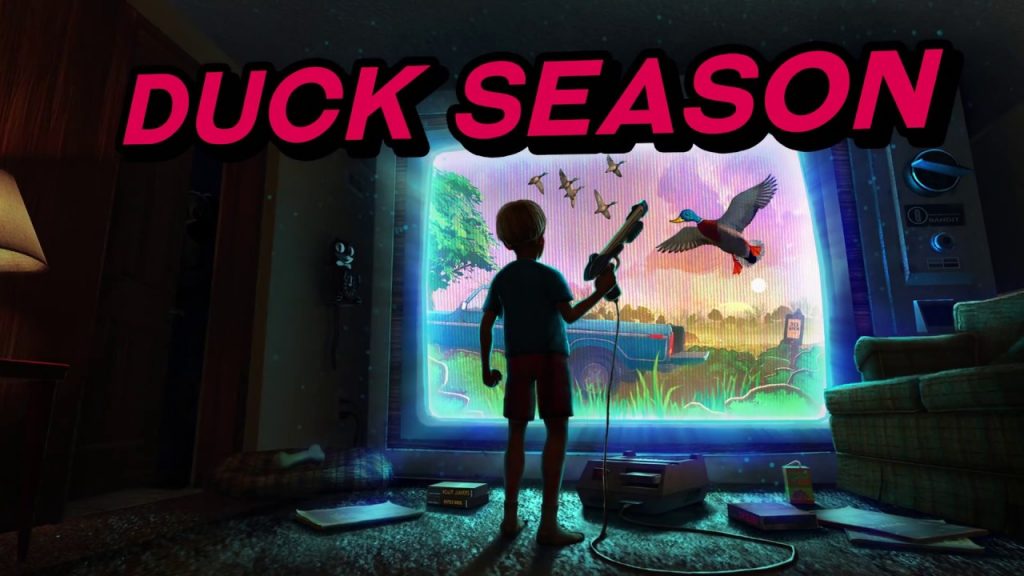 In addition to the six titles integrated at launch, Vive is working with 10 additional developers to integrate the Blaster by Q1.

Custom-molded and weighted to feel like real paddles and rackets, the Racket Sports Set is packaged for both Ping Pong and Tennis games.  Connected via a simple screw, the handles are integrated with five titles. The set will sell for $149.99 and includes both Ping Pong and Tennis handles, a Vive Tracker and a pack-in redemption code for Virtual Sports.  Pre-orders are available today via Amazon, Abt Electronics, BH Photo, Fry’s, Gamestop, Micro Center and NewEgg with additional retailers expected. 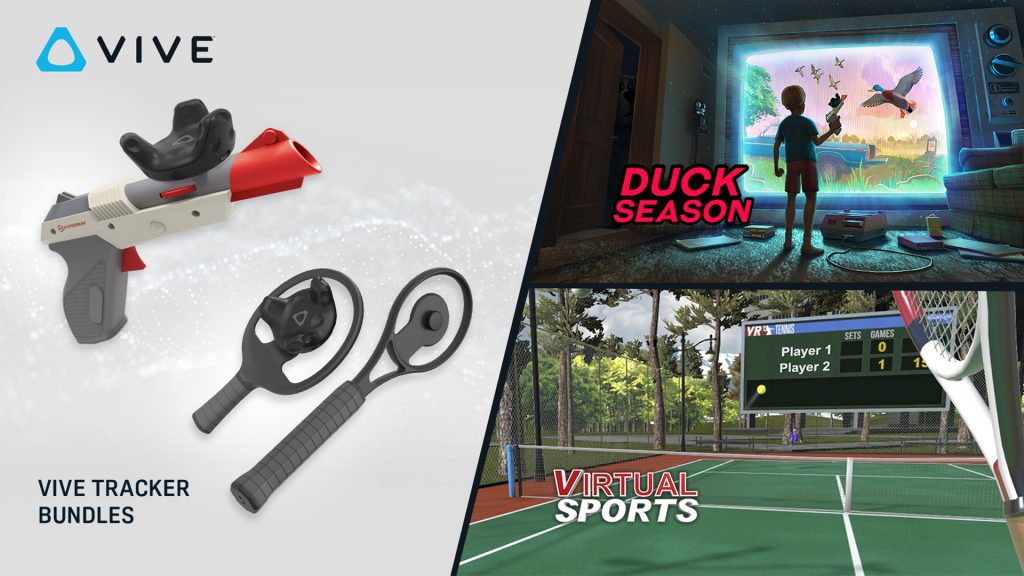 In addition to Virtual Sports, the Racket Sports Set is integrated with four titles today and expect an additional six by end of year. 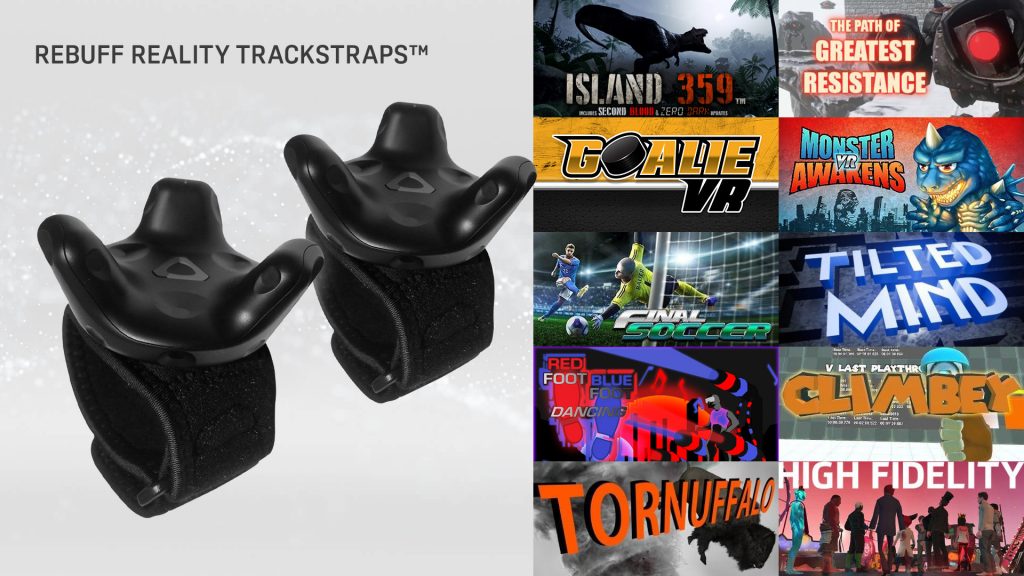 Rebuff Reality is selling TrackStrap, which easily attaches Vive Trackers to your feet and other body parts to enable full body tracking. A pair of TrackStraps is available now for $24.99 via rebuffreality.com and includes a pack-in redemption code for Redfoot Bluefoot Dancing on Steam, inspired by Dance Dance Revolution (DDR) and Audioshield.

Dozens of developers have integrated body tracking into their experiences, including CloudGate Studios’ Island 359, which will launch a “Virtual Self” update on December 1 that uses Vive Trackers for full body tracking and movement.