VR 101 – A Crash Course In All Things Virtual Reality 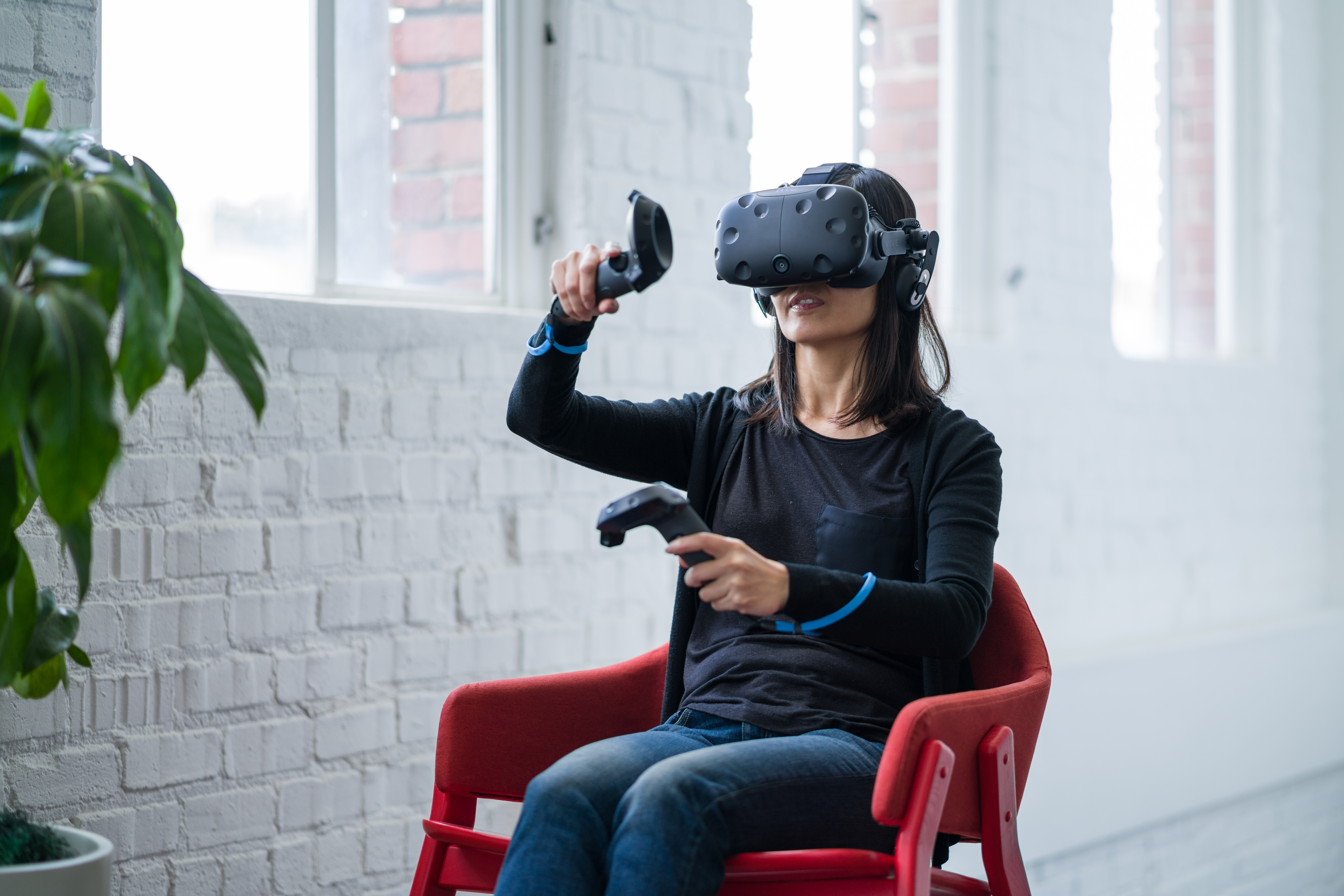 VR, AR, MR – ever wonder what it all means? Don’t fret! These different “realities” can be confusing, so we’re here to explain. Introducing “VR 101”, the next article in our new blog series designed to teach you all you’ve ever wanted to know about virtual reality. From purchasing a VR-ready computer to understanding how room-scale VR works, we’ve got you covered. 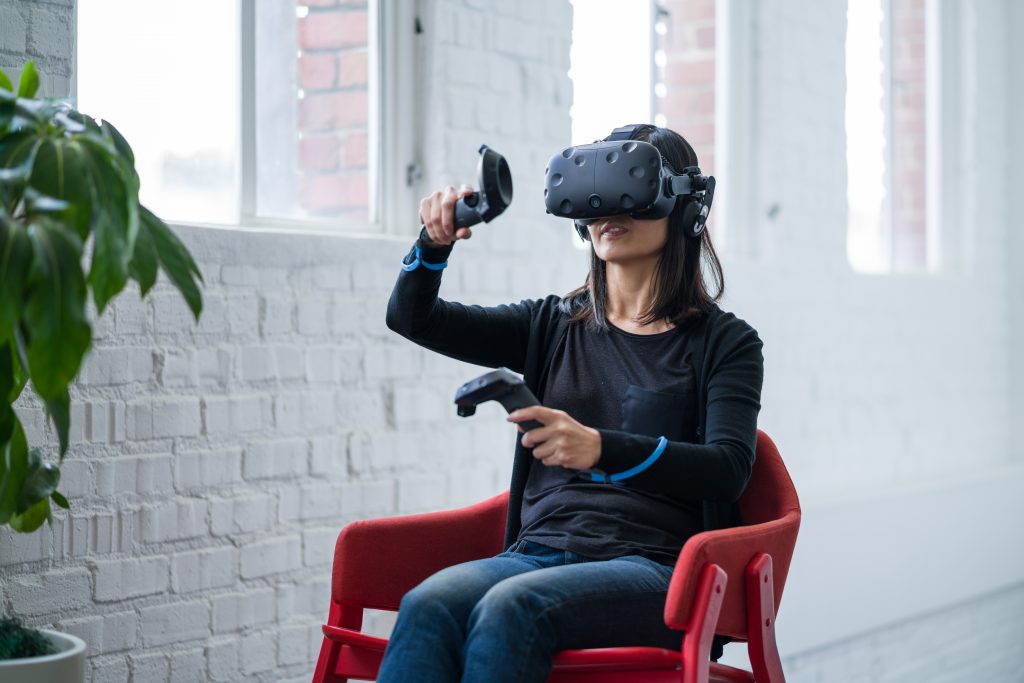 Virtual reality calls upon 3D computer-generated environments which you can manipulate and explore all while feeling as if you are actually there. This feeling is called presence, or immersion, and it’s when the simulated environment provides enough clues to trick your unconscious mind to start treating this illusion as if it were real. Did you almost fall when you went to rest your hand on that ping-pong table after an intense match in Virtual Sports? That’s because of presence, you become so immersed in the virtual world you forget that table wasn’t real!

But how is this achieved? To enter the world of virtual reality you must first don an HMD (Head Mounted Display). The headset has two OLED displays, one per eye, at a resolution of 1080 x 1200 pixels each. By showing a slightly different angle of a scene in each eye, you are given the illusion of depth, referred to as stereoscopic display. With the headset on, a life-sized virtual world appears in every direction you cast your gaze. To ensure your level of immersion is preserved, the Vive has a field of view (FOV) of 110 degrees. FOV refers to the angle of degrees in a visual field – the larger the angle, the more immersive your experience. 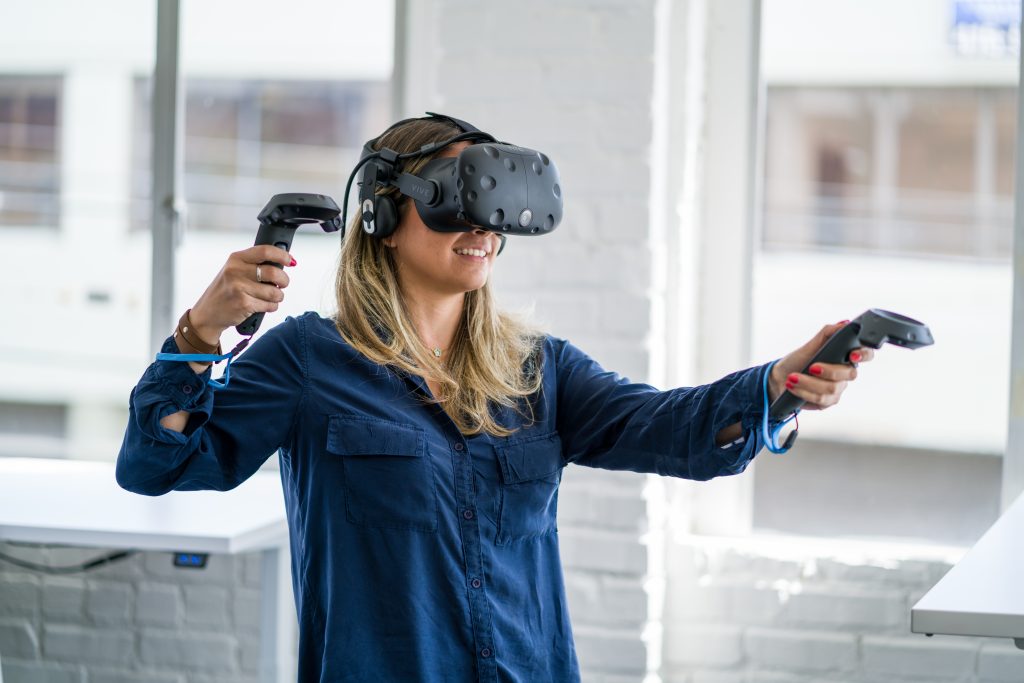 Now that we’ve covered the basics of VR let’s talk about its AR. Unlike Virtual reality, which creates an entire artificial environment to interact in, augmented reality (AR) overlays digital information onto your physical surroundings. While VR requires you to wear an HMD that completely blocks your view of the real world, AR’s display is transparent, allowing you to still see and interact with your environment. While not as immersive as VR, AR can present you with valuable information to enrich your physical reality and facilitate productivity.

Because of its utility, augmented reality is closely associated with enterprise. Products such as Google Glass have found their way into doctors’ offices and manufacturing plants, increasing productivity and efficiency. While AR is touted as an enterprise solution there are plenty of consumer-focused use cases including Pokémon Go and Snapchat Spectacles. 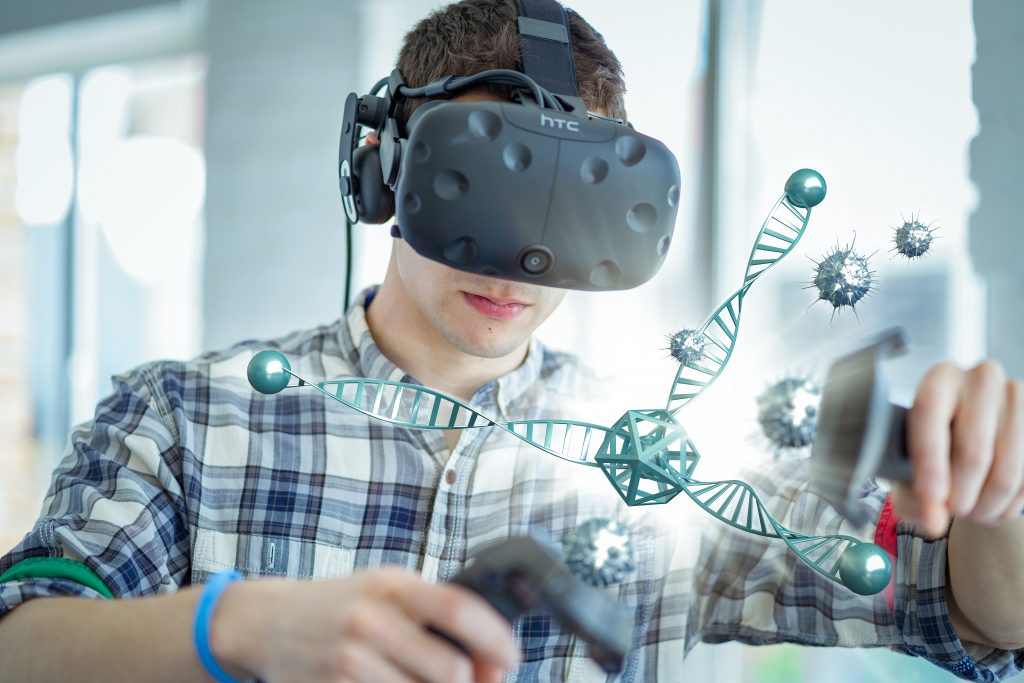 VR and AR are easy enough to understand, but MR is where the water gets murky and confusion sets in. Mixed Reality (MR) combines aspects of both VR and AR, creating a hybrid of these two realities.

Like VR, mixed reality has found a host of use cases in both enterprise and commercial offerings. From games to e-commerce to education, mixed reality is a useful and entertaining tool.