Innerspace VR, the developers behind A Fisherman’s Tale, is busy working on another captivating VR experience, Maskmaker. As a maskmaker’s apprentice, you’ll learn the magic of crafting masks and the power of wearing them. Solving puzzle after puzzle, you’ll explore this diverse and stunning world on your quest to understand the identity of Prospero, the man behind the masks.

We spoke with Balthazar Auxietre, Co-Founder and Creative Director of InnverspaceVR, to get an inside look at the development of the upcoming title. 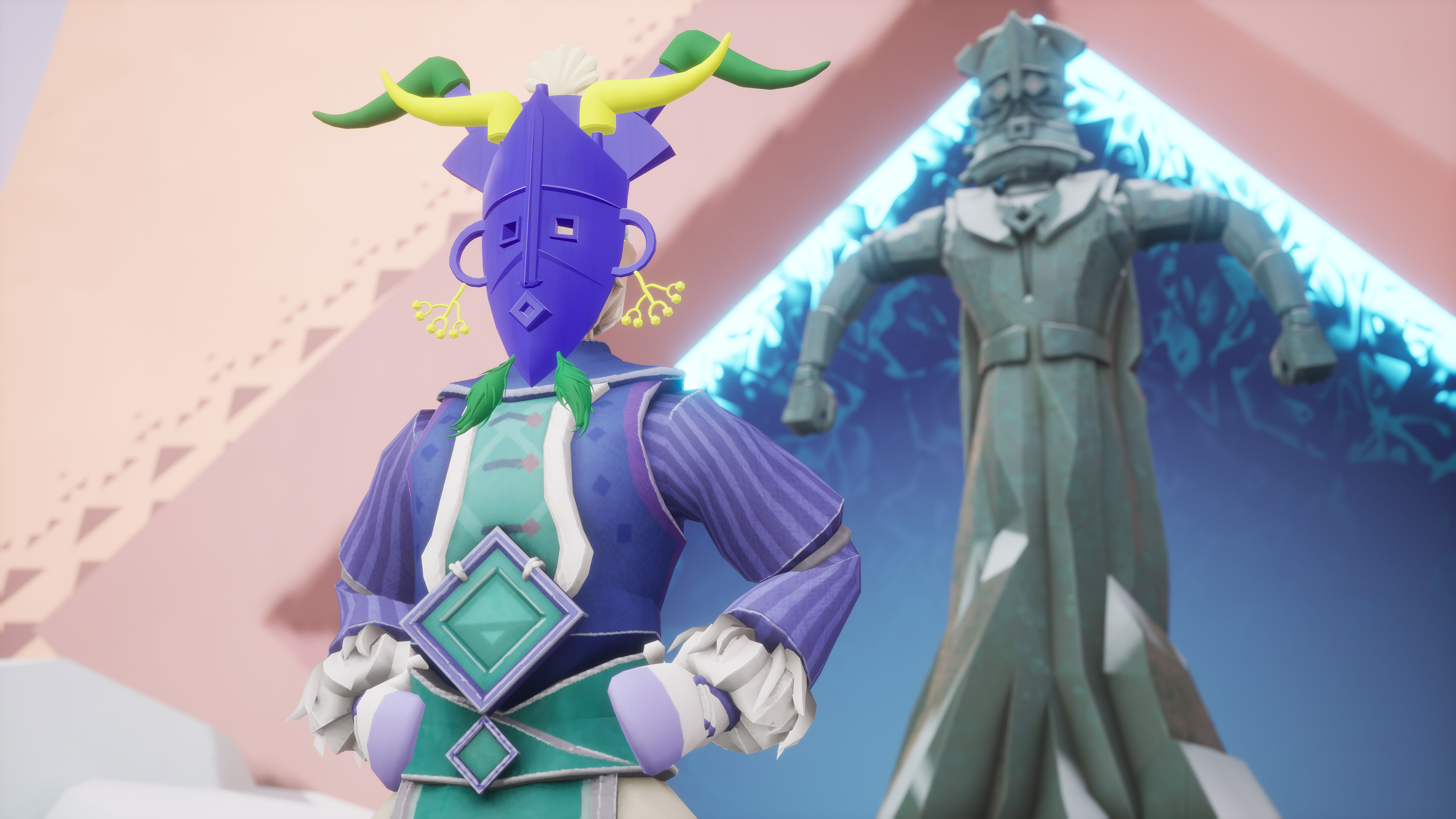 It’s great to catch up with you again after chatting with you previously about A Fisherman’s Tale! For our new readers, tell us a bit about yourself and the team at InnerspaceVR, and what’s changed since the last time we spoke!

I’m the co-founder and creative director of Innerspace VR. Our studio was founded in 2014, during the very early stages of the rise of VR, when we were working on making content for the release on the Samsung Gear. These past few years we have worked on all kinds of VR projects, and have been recognized for our sense of innovation and our artistic approach. A Fisherman’s Tale was our first game, but besides games we still work on many other experiences such as VR art installations. We haven’t changed our goal much: explore the medium artistically, especially the storytelling potential through interaction, and try to make great VR, whatever that is!

After releasing A Fisherman’s Tale, we started this new project Maskmaker and have since been heads down working on this with all the team.

And also…  Well the pandemic, I guess, as for everyone! Working in this period has been quite a challenge. In the end, 70% of the game will have been completed remotely. Thankfully we have quite an effective workflow and a very dedicated team! On the other hand, we did not think our subject would become so predominant in the news, with everyone now wearing a mask! 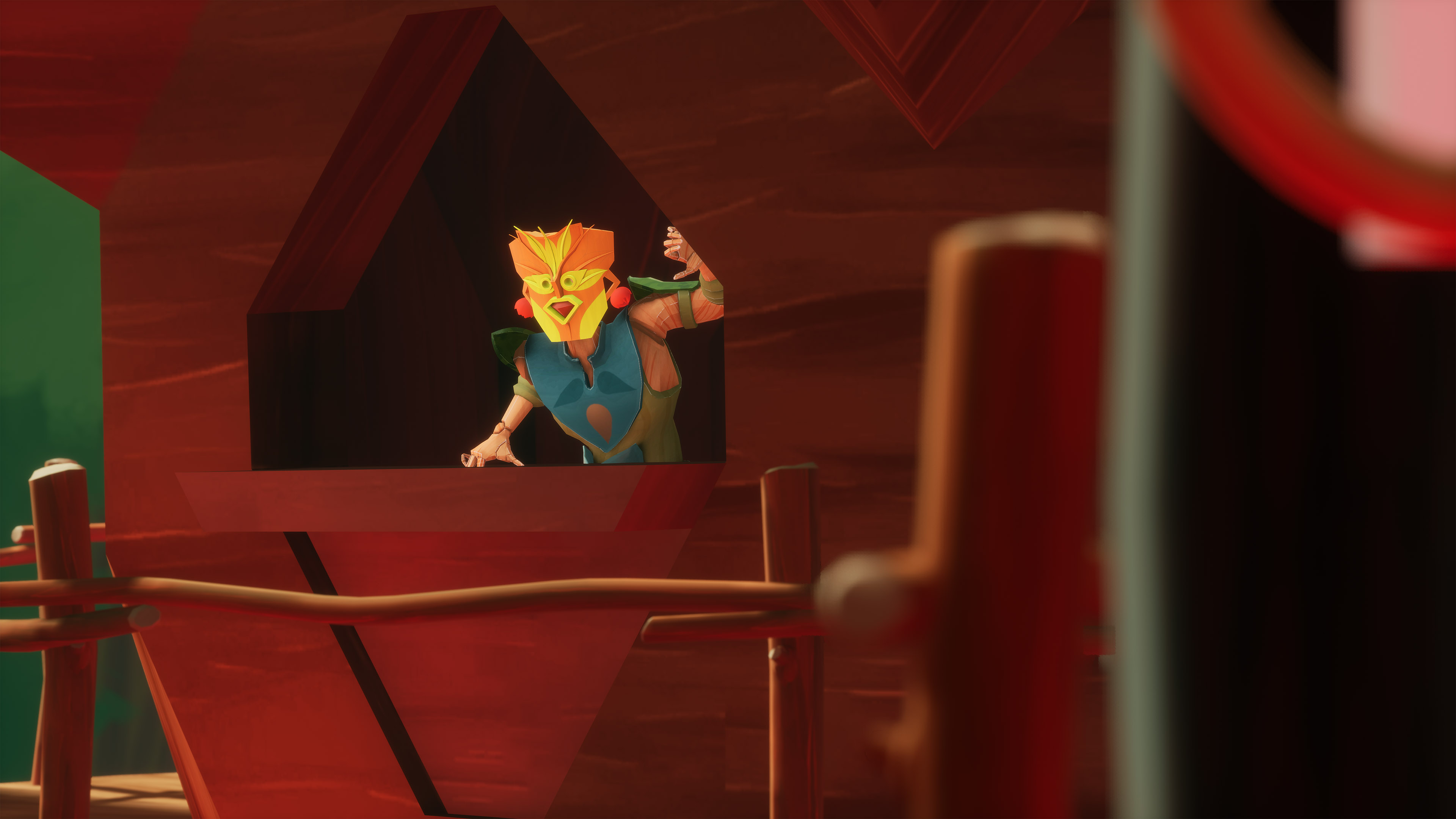 What can you tell us about your new game, Maskmaker, and what players can look forward to when it launches next year?

Maskmaker is an adventure game based on the exploration of a magical world, the ‘Mask Realm.’

Crafting magical masks and wearing them are the core gameplay of Maskmaker. Each mask has the property to transport you in a specific place, the different ‘biomes’ of the Mask Realm, but as you travel back-and-forth between the biomes and the Maskmaker’s workshop to craft more masks, you discover that you’re also embodying a different character in this world each time. By ‘traveling’ from character to character, you access different parts of each biome and progress throughout the game. Solving puzzles gives you access to new ingredients such as feathers, pearls, shells, animal hairs… helping you craft new masks. The ingredients are specifics to the cultural identity of each biome. We want to give the players the feeling of being a real craftsman in VR, which adds an interesting sandbox component to the game for players.

I hope players will fully experience the magical atmosphere of the world and find a feeling of freedom and discovery in wearing those masks and traveling through them (two things made impossible these days in the real world!). 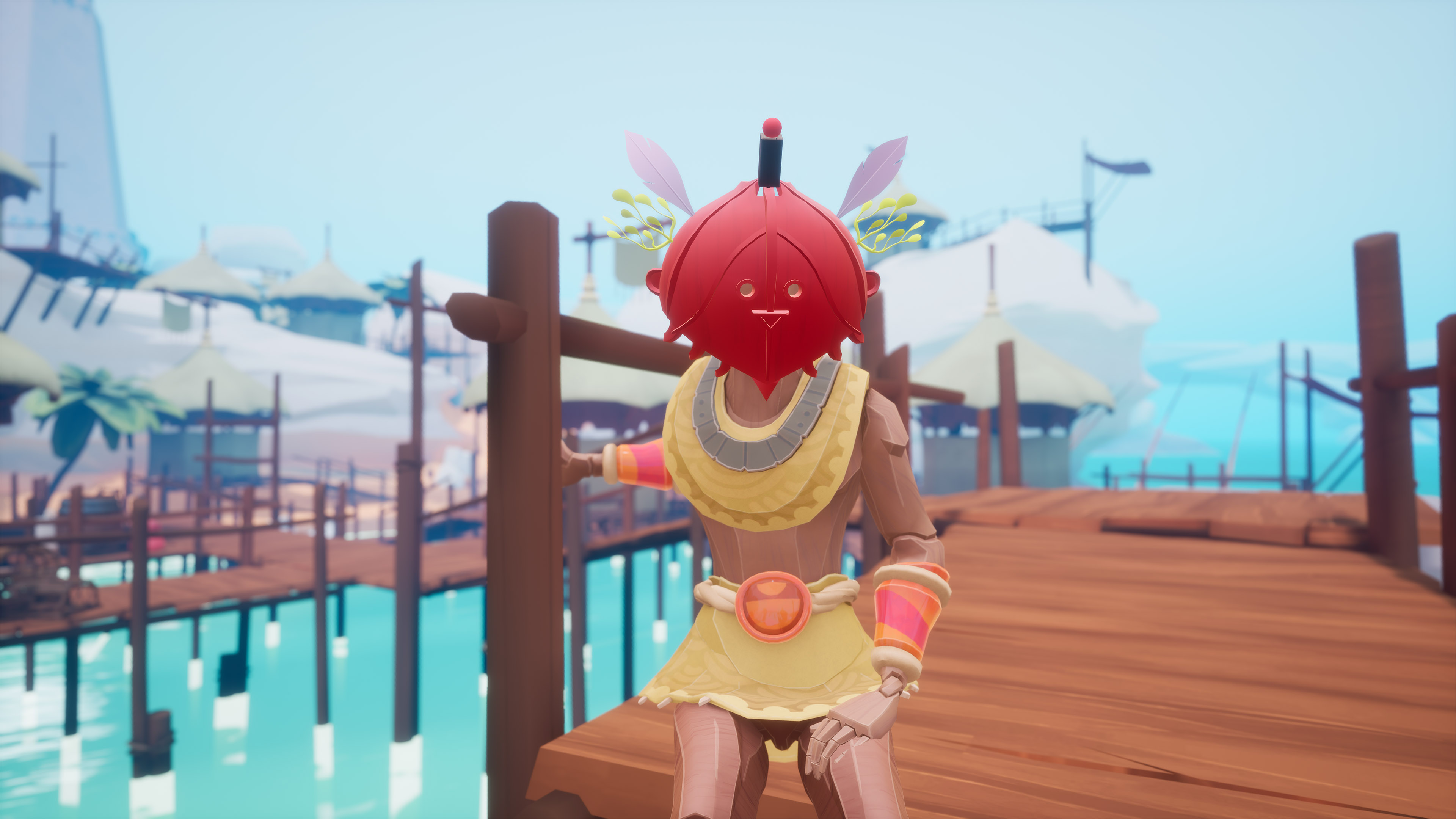 A Fisherman’s Tale earned critical acclaim upon its release last year, which must have been so exciting for your team! What were some of the takeaways and lessons learned from that game’s development that you took into account for developing Maskmaker?

It has been a real blessing for us that A Fisherman’s Tale is now recognized as one of the best VR narrative games.

After working on the game, we felt there was a lot of room for improvement and ways for us to grow as a studio. With Maskmaker, we wanted to make a richer, more extensive adventure with a longer gameplay time (as length was one of the most common player frustrations from A Fisherman’s Tale), while still trying to push the boundaries in terms of visuals, storytelling and uniqueness of the creative approach. Clearly, It’s not an easy task, especially for a VR game! 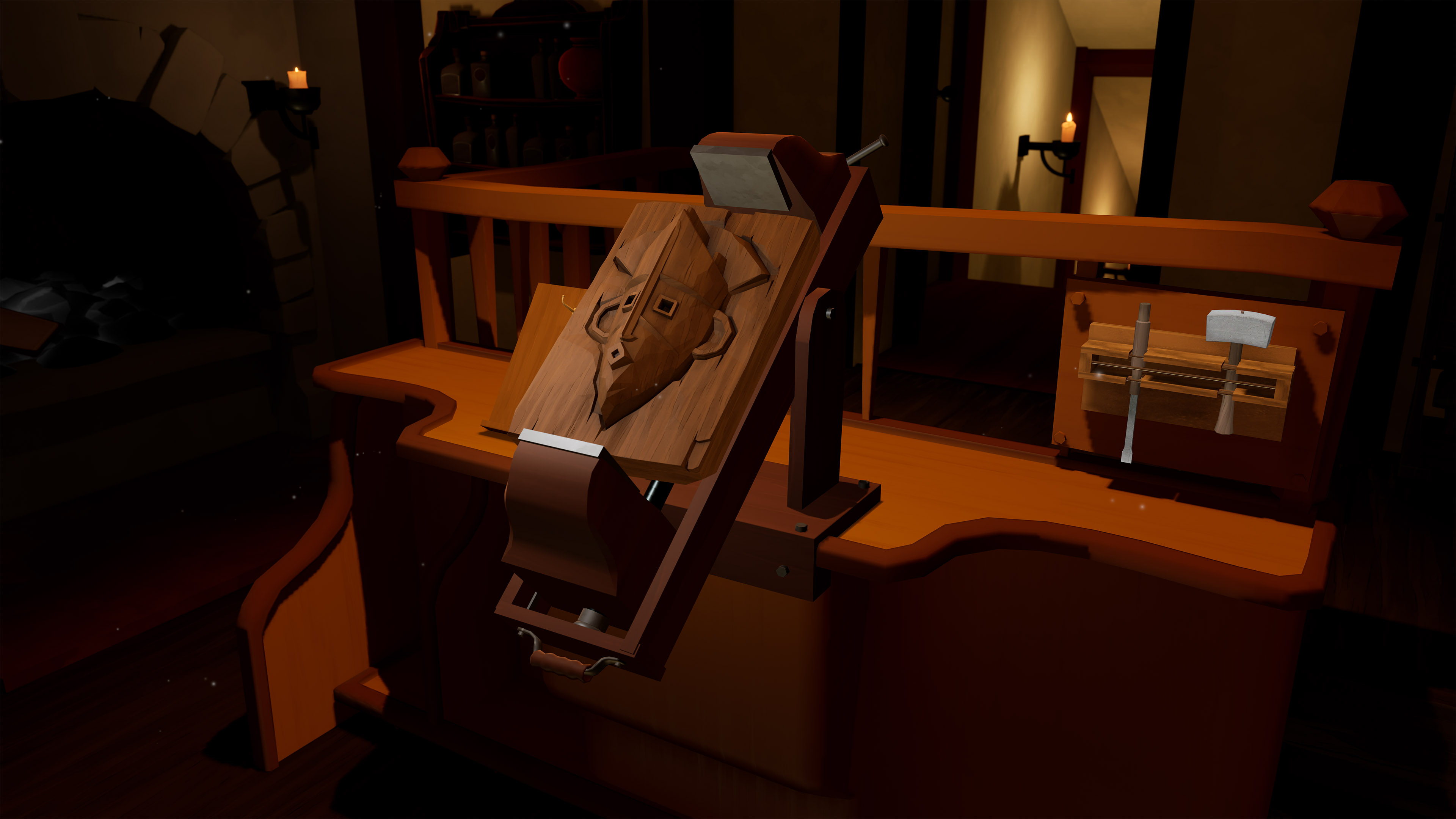 We love your approach to creating transformative, mind-bending experiences in VR, and Maskmaker looks to continue that trend. Tell us more about the story behind the masks and their importance in a player’s journey through this magical mask realm.

In the game, the players are embodying the new apprentice of an old maskmaker long gone. They discover his abandoned workshop and following the hints of mysterious characters, called Elders, who found a magical realm of Masks and a way to travel through it. Through many challenges to prove they are worthy of being a maskmaker, players will have to seek the king of the realm, named Prospero, figure out who he really is, and uncover the mysteries of what happened to the old maskmaker and his previous apprentice.

The worlds in Maskmaker are visually stunning, and it appears that there will be a variety of environments players will explore in the game. Can you tell us more about your inspiration behind the design?

I grew up surrounded by masks as my father is a collector of them. As a young boy, I used to spend a lot of time in his workshop where he stored them. This is the first magic of masks I experienced! It was when I later discovered VR and its capabilities that I fully realized the potential that masks could have in an interactive project.

We carefully designed the masks and the environments in the game so that each would have a distinct identity to give the players a strong sense of being immersed in different cultures and being almost part of this world. 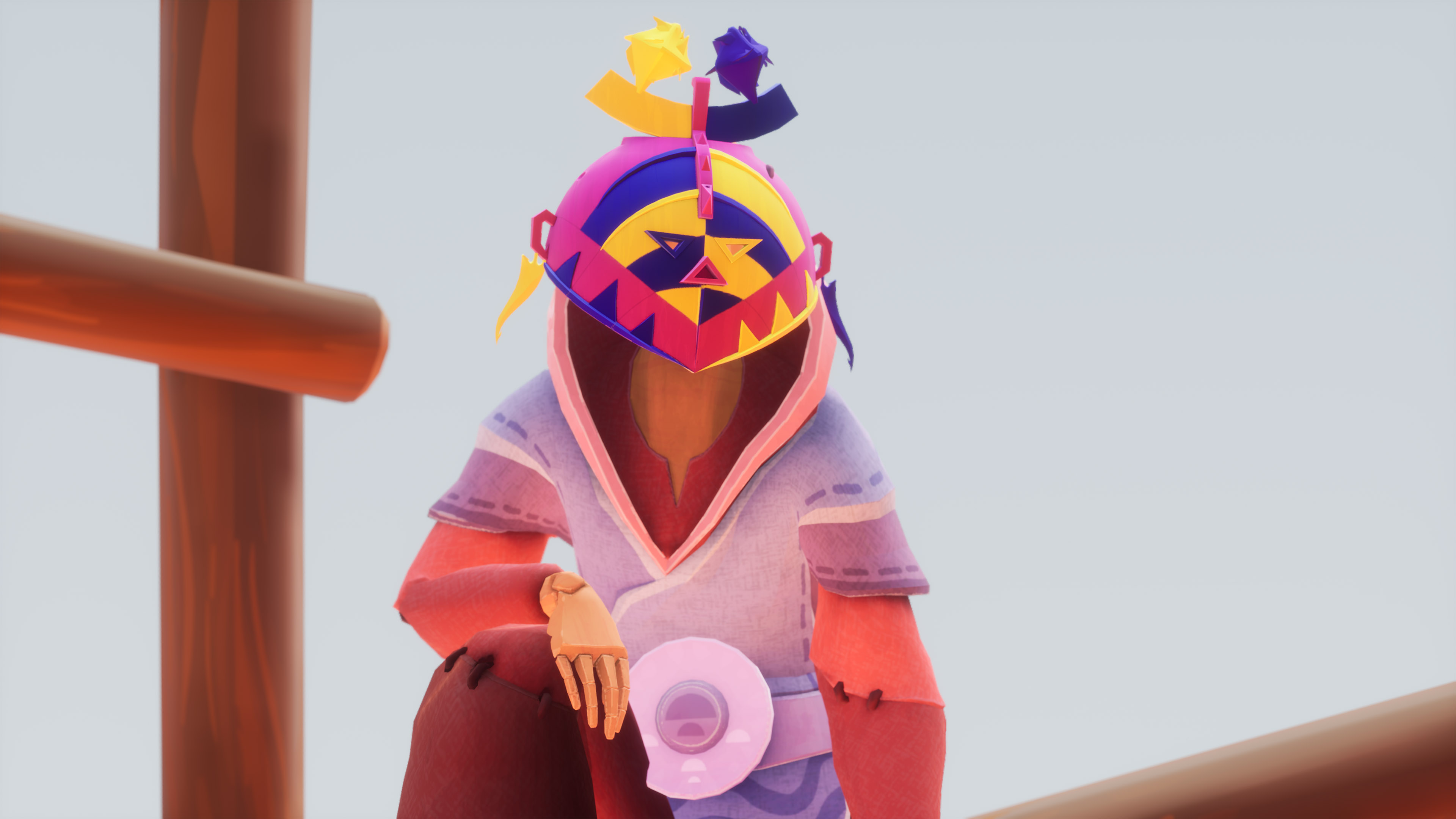 How did you approach designing the puzzles in Maskmaker?

In comparison to our previous work, Maskmaker is more of an adventure game than a “puzzle game” in the strictest sense. Puzzles are set in the players’ way across the different levels, the “biomes”, but they’re more a means to challenge the exploration of the users so they can reach for new crafting components, and learn the truth behind the story of Prospero and the magical mask realm.

The puzzles have been designed inside the type of “natural” environment and background story of each biome, so in that sense, they are also more inherently connected to the level design than individual puzzle set pieces. 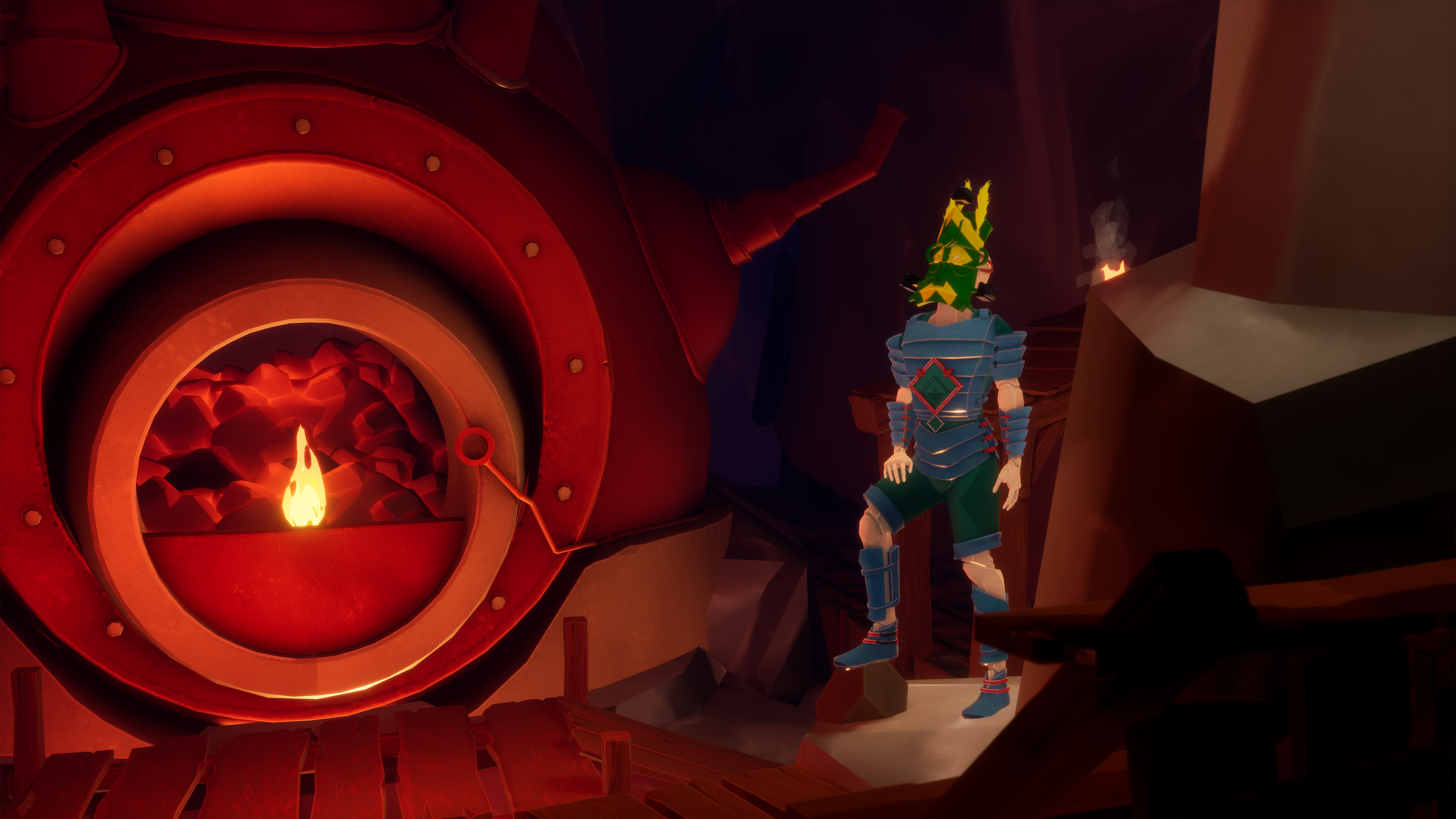 Can you tell us anything about Prospero, the mysterious maskmaker players will encounter in the game?

Well, we have to keep some mystery around that! Without spoiling too much, let’s say that Prospero is the King of the Mask Realm and that he will guide the player throughout different challenges to help them pass from an apprentice to a true maskmaker. For what purpose is he doing that? Where does he really come from? What led him to become this so-called King? These are the main questions the player will have to seek answers for throughout their journey.

Anything else you want our readers to know about Maskmaker?

We are looking forward to releasing the game soon and are eager that people don our magical masks!

Stay tuned for more updates on Maskmaker coming to VIVEPORT as it gets ready to launch in Spring 2021.